There must be something that wakes Cornelia at 05:00-ish, as she once again called out for a cuddle. This time, I went into her bed and cuddled her until she fell asleep, before returning to my own bed for the rest of the night.

We were all up a bit earlier than yesterday, and made it to breakfast by about 08:45. I discovered that the restaurant did have chocolate sauce, so once Cornelia had had her fruit (pineapple and watermelon again), she had a chocolate croissant and a piece of toast to mop up the remaining sauce, which feels like a step up from using her finger!

Ian tried smoked seabass for breakfast today, but didn’t like it. At last, we’ve found a food he didn’t want to eat! He said it was rubbery and tasted muddy. Honestly, so fussy! 😂

While I finished my enormous pot of tea, Ian took Bugsy out to the playground for a bit. A manager approached me to ask how long we were staying (and looked very surprised that we were staying a week, as does everyone who asks!), and which room we were staying in. Again, she looked surprised when I told her we were in 115. We have already determined that we are probably in the cheapy rooms (although it is very nice!) and when she asked if there was anything they could do to make our stay better, I almost asked if we could have an upgrade, but quickly realised that the hassle of packing up to move to another room, possibly of the same size, probably wasn’t worth it.

I joined Ian and Cornelia in the playground, where another little girl was playing.  Despite the language barrier, Cornelia was determined to get her to play with her, and eventually, they followed each other around the slides and little merry go round.  It’s quite a nice little play area, with plenty of different bits of equipment to keep a child busy for a while! We managed to drag her away, to brush her teeth, and she asked if she could go back to kids’ club.  We didn’t really have any plans for the day, other than an intention to take the boat across to the mainland of Halong Bay, so we were more than happy to take some extra child-free time. 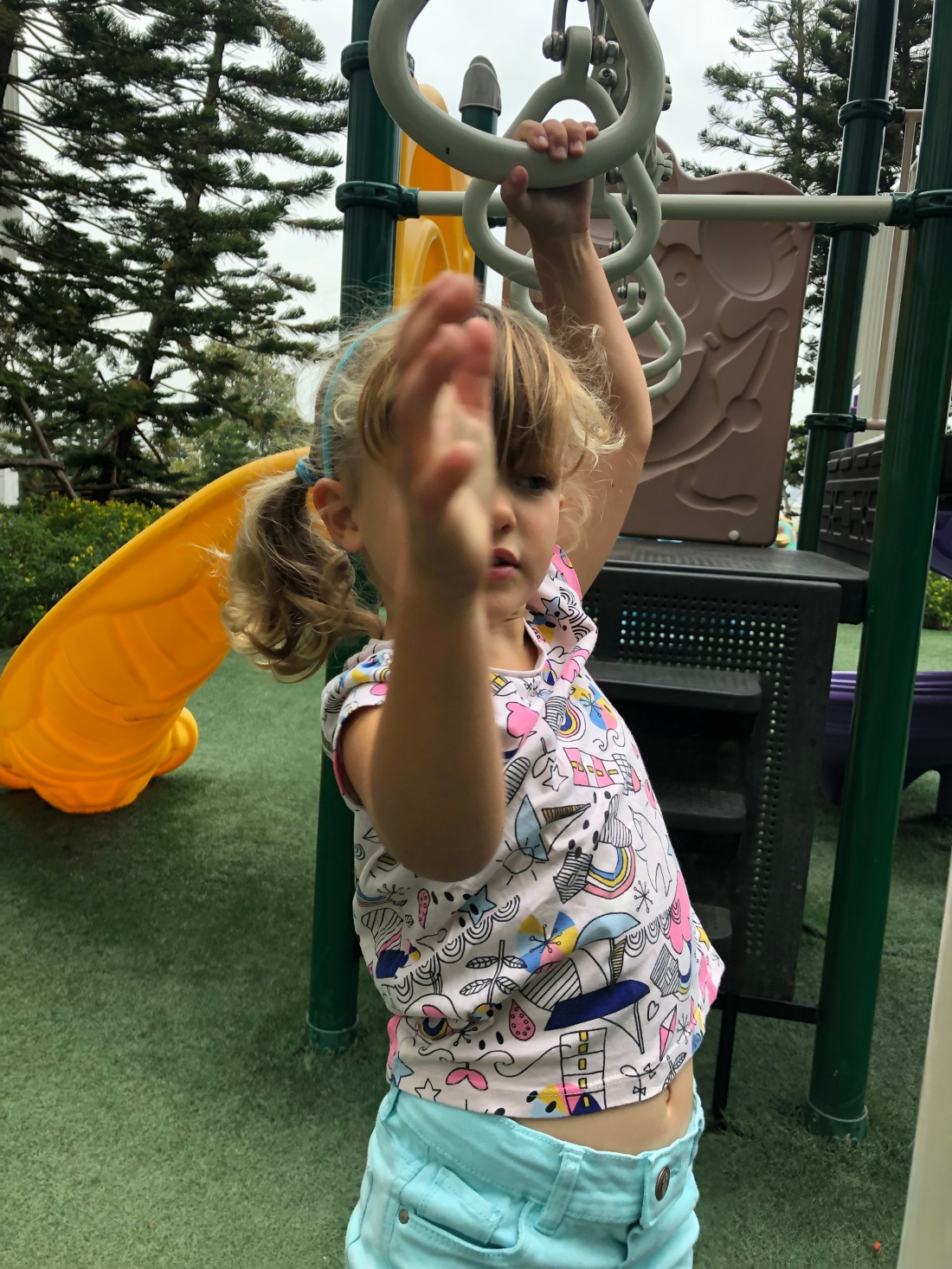 We sat in the lobby again, and I finally managed to write up all the expenses so I could throw away the enormous collection of receipts I have acquired over the last couple of months. One of the bar staff saw me working diligently and brought over a glass of water. When Ian returned from his chat to the tour agent at reception, she brought over another glass of water, and I ordered a mint tea, to make a nice change from normal tea!

I nipped to the loo (SO much tea!) then peaked in to check on Cornelia who was busy making a Lego tower, and seemed quite happy, so I crept away quietly before she spied me spying on her!

There is a tour guide manager up at reception, and she was brilliant at helping us make a good reservation for a day cruise for tomorrow.  All the reviews that we’ve read say that you get what you pay for, and most of them seem to be trips from Hanoi to Halong Bay, and we had struggled to find anywhere that did day trips starting in Halong Bay.  Anyway, we are booked onto a shared cruise with a pick up time of 11:40, which is absolutely perfect for us.  Once that had been booked and paid for, we collected Bugsy who was driving herself around the playroom whilst watching TV…

The flip side to not having any firm plans means that time tends to pass quickly without you really noticing, and this morning had been no different. In fact, by the time we had collected Bugsy and made it to lunch (in the main restaurant), it was nearly 14:00. Cornelia and I had shared a pizza and chips, and Ian had a Club sandwich with chips. Our pizza was strangely delicious but Cornelia didn’t like it, so I had most of it and she just had a plate of chips. 🤦‍♀️ It was too much for me to finish (although I probably could’ve eaten it if I wasn’t planning on going for a run again this afternoon!). 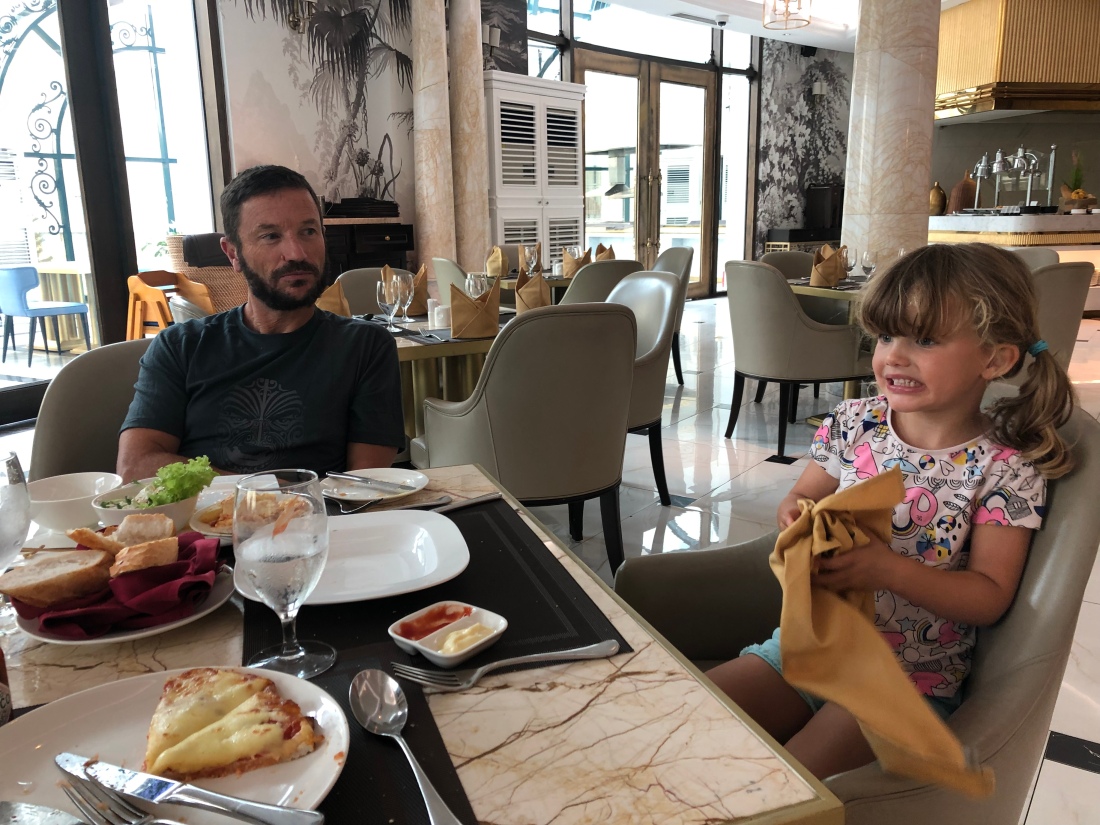 We took the speedboat over to the mainland, and with no map or particular plan in mind, we walked around the local area.  It’s an interesting place, to say the least.  There is a huge amount of construction taking place, mostly on reclaimed land. We wonder what it will be like in five or ten years – massively different and developed, I suspect. The foundations are already in place for this to happen, with modern buildings housing shops and apartments which are springing up everywhere. In between the smart houses and developments are the little shacks, a stark reminder of the pervasive poverty. We were stalked by a couple of wild dogs for a bit that made me clutch Cornelia close to me, whilst going my best to reassure her that they were just curious! We stopped to speak in halting English to a couple of women working at the side of the road, who had a little pet dog with them, who was more excited to see Cornelia than she was to see it! 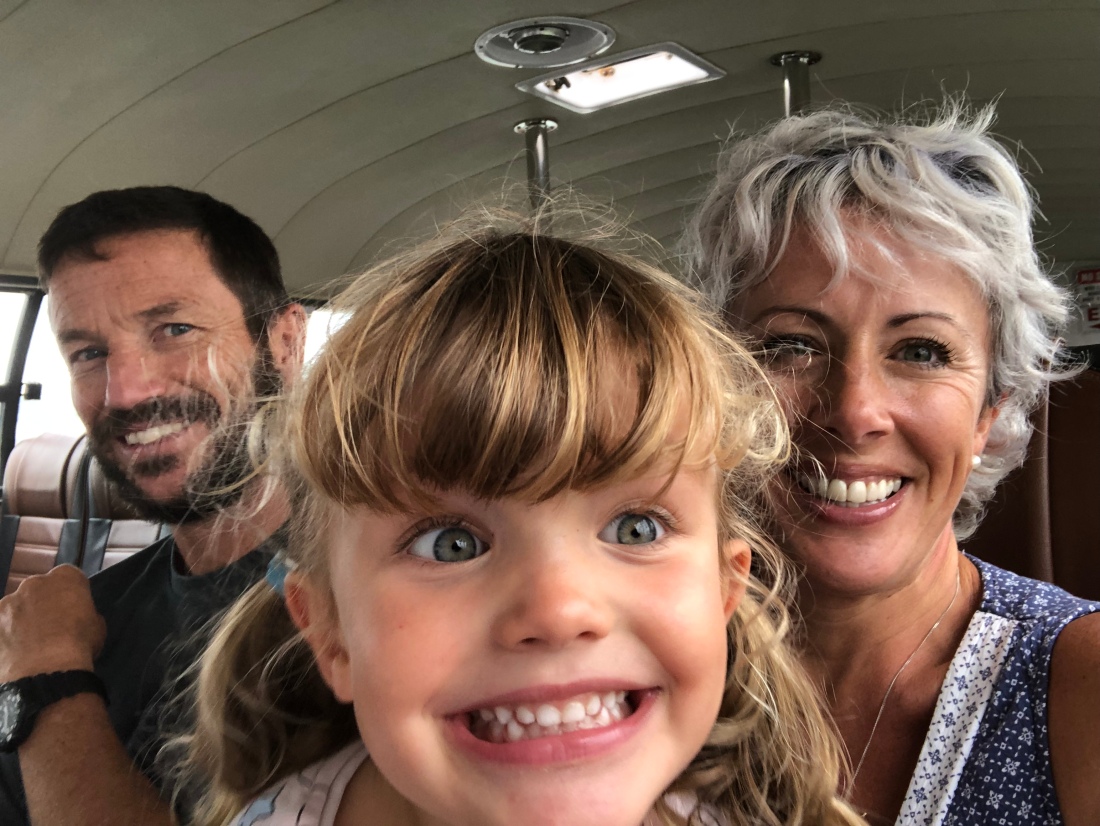 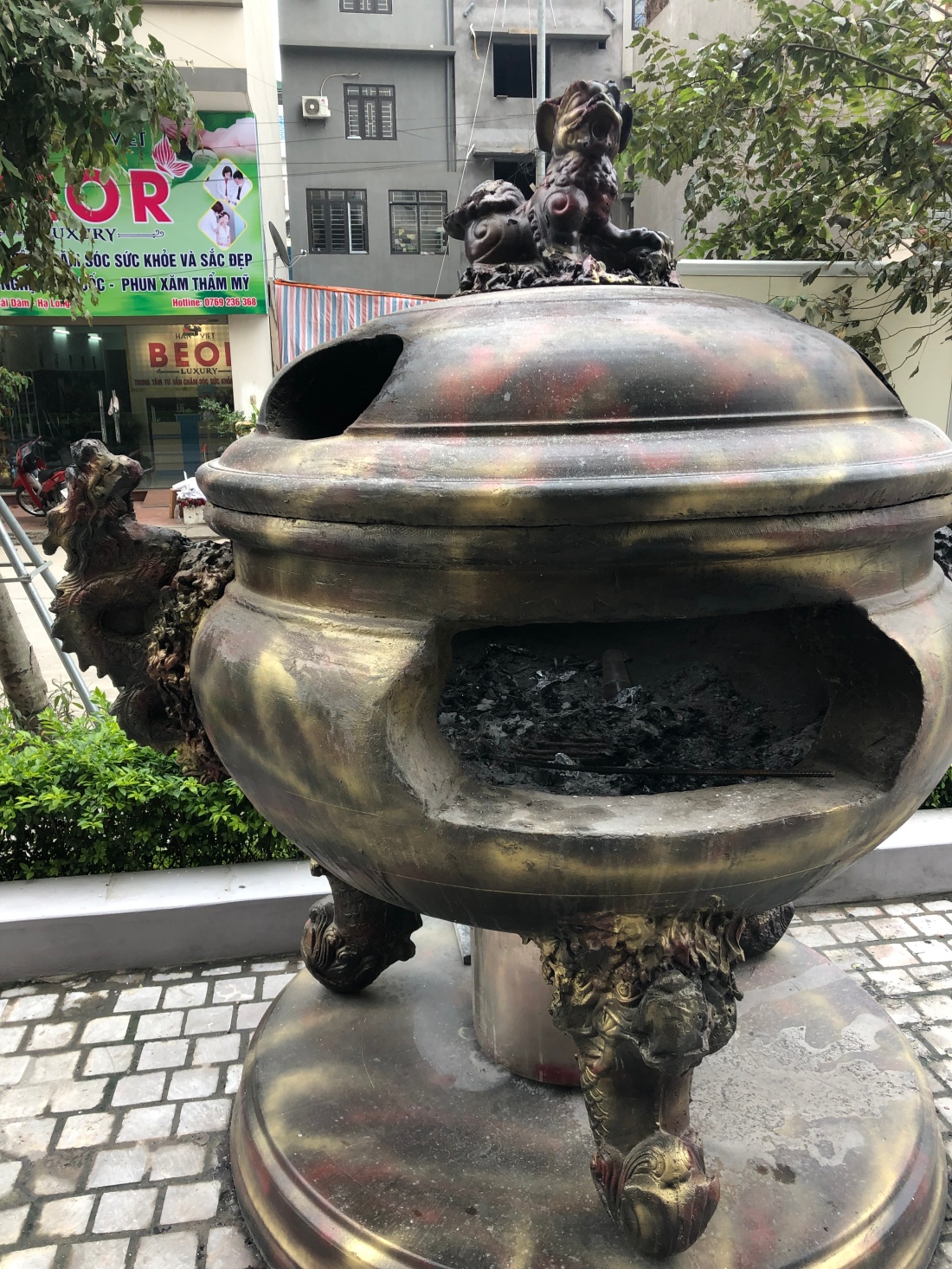 As I mentioned, we had no particular direction in mind, so we walked a big circular route which took about an hour, taking risks when crossing the road (the zebra crossing led to a bushy verge in the centre of the road that was then impassable!), and when walking on the uneven pavements. Loads of small shops filled the streets, selling buckets of seafood which was being kept in water with air being pumped into it. It was all fascinating. 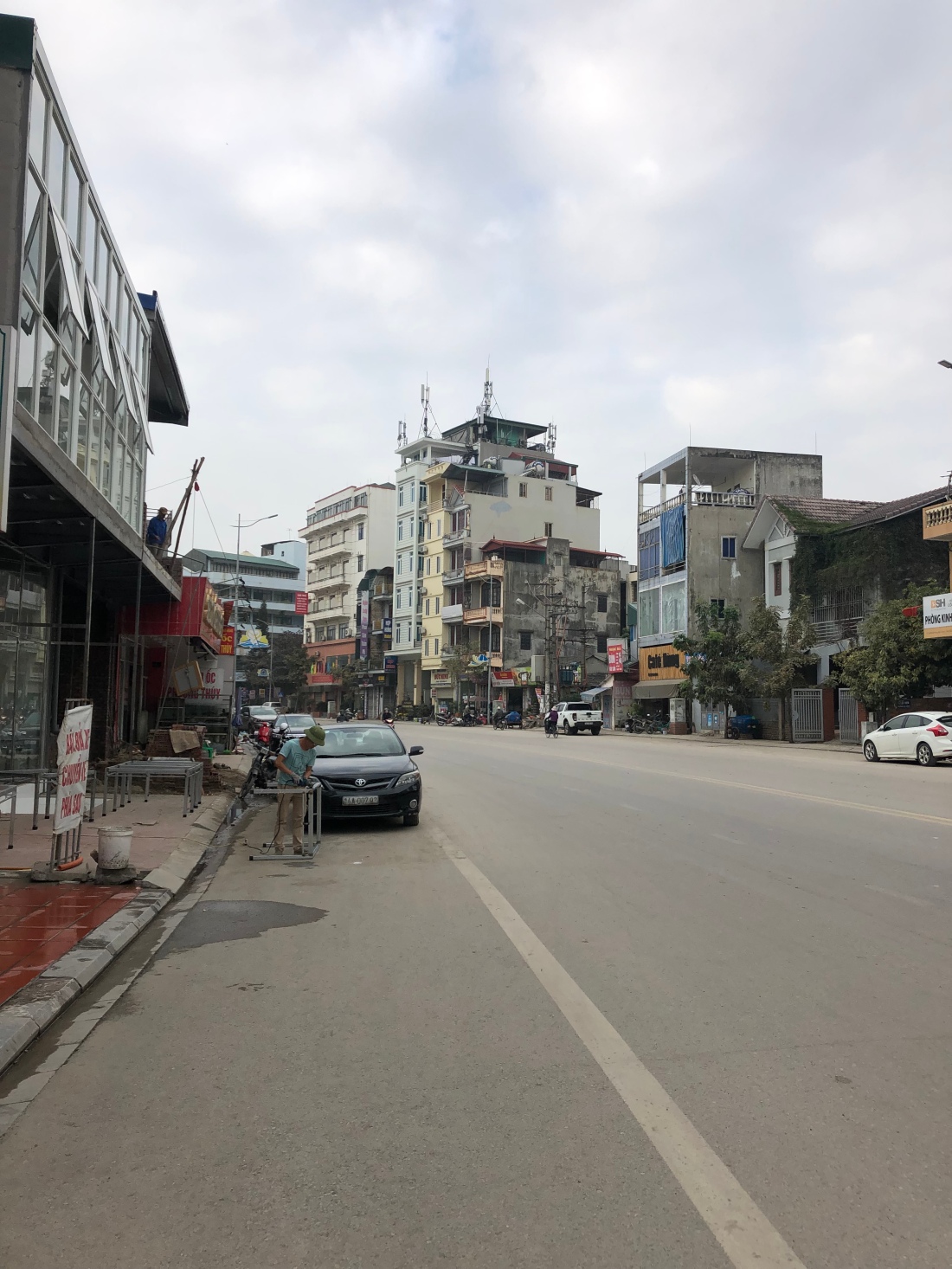 Continuing our walk, we followed a mural depicting various landmarks from across the world, which ran alongside the main road, before turning off and completing our round trip. 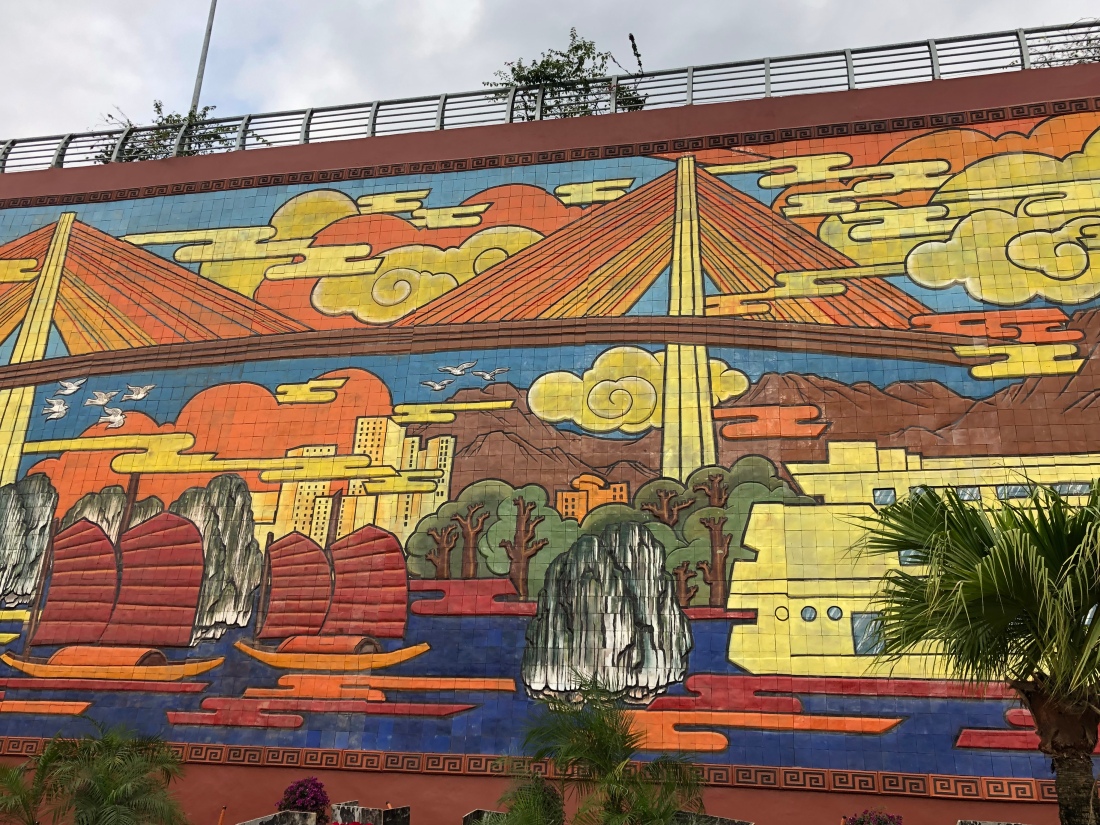 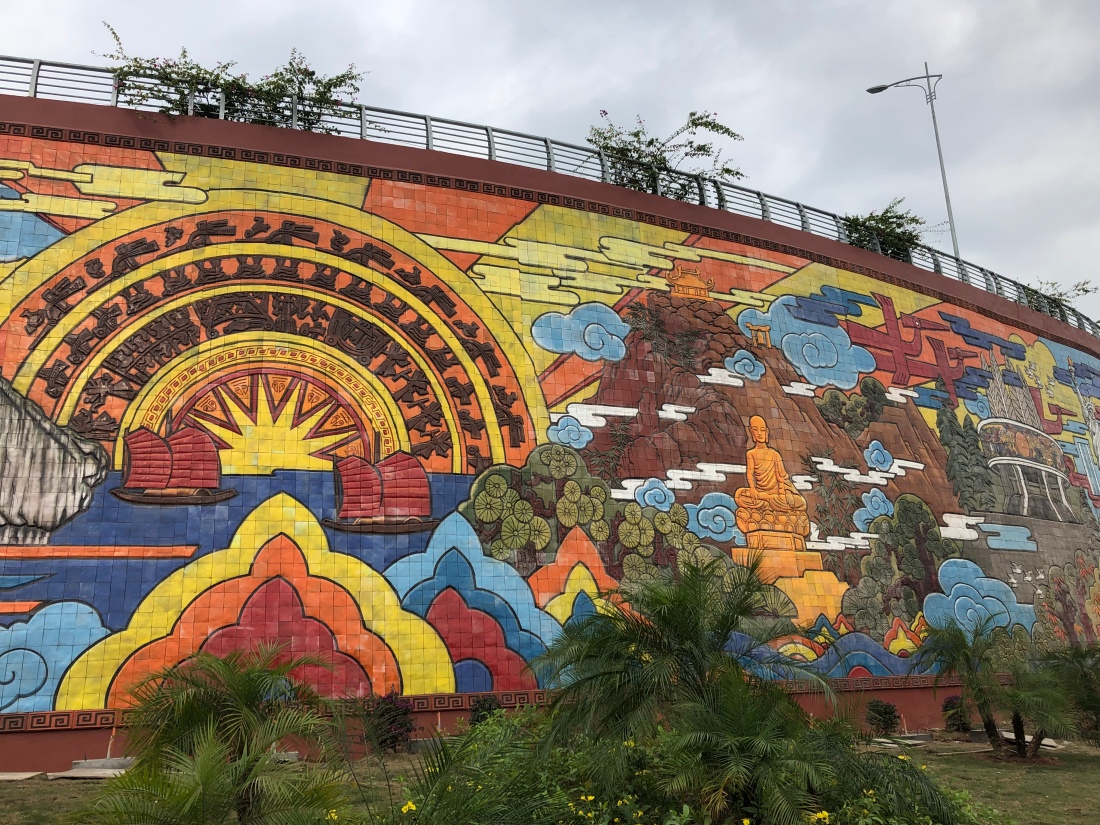 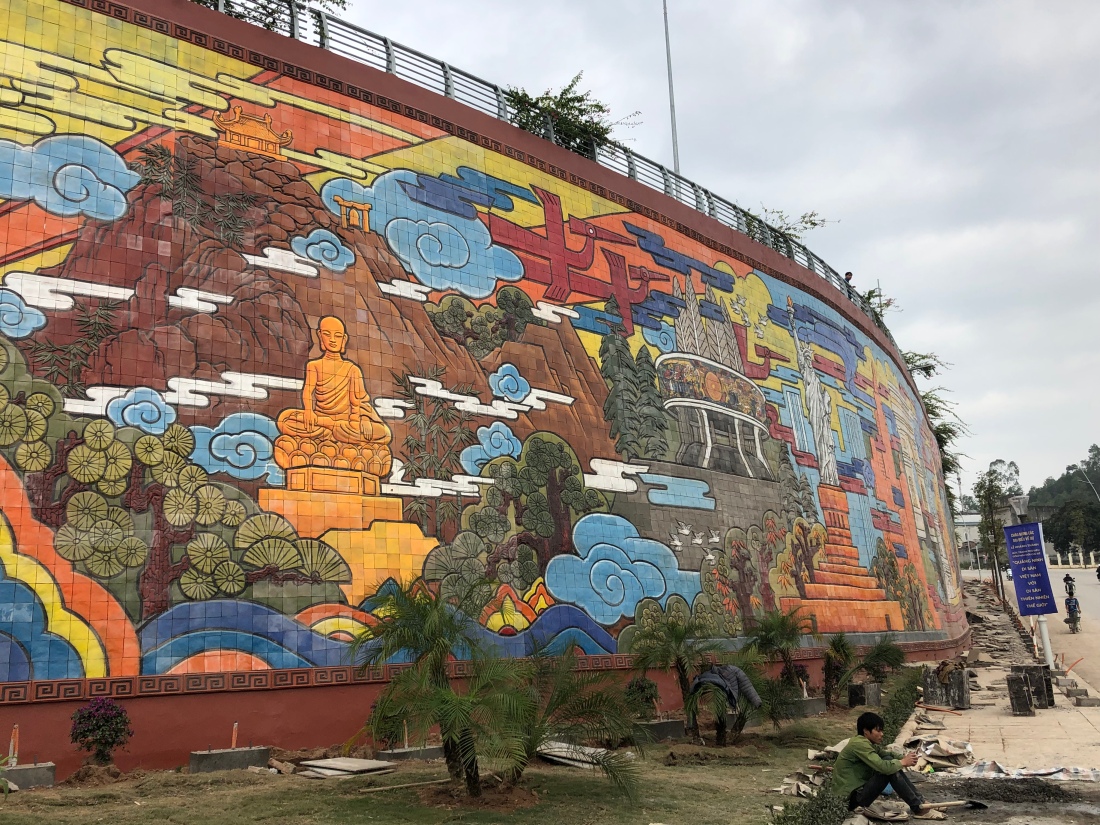 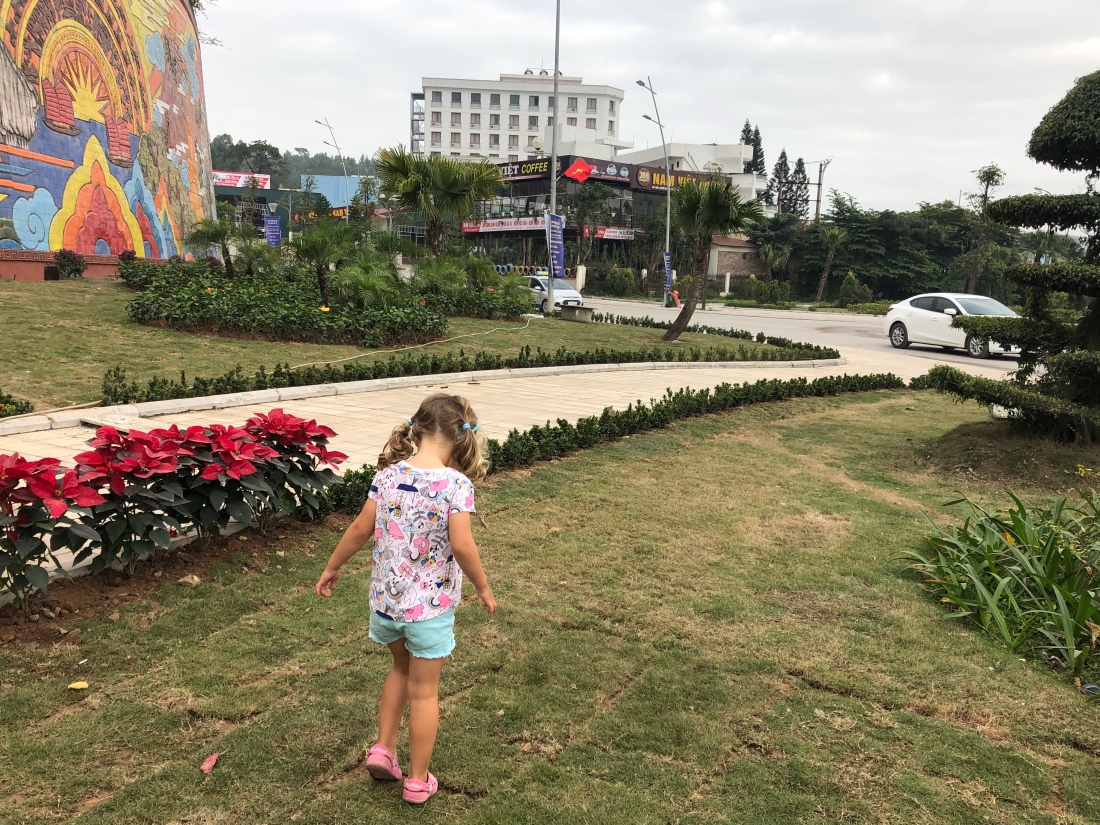 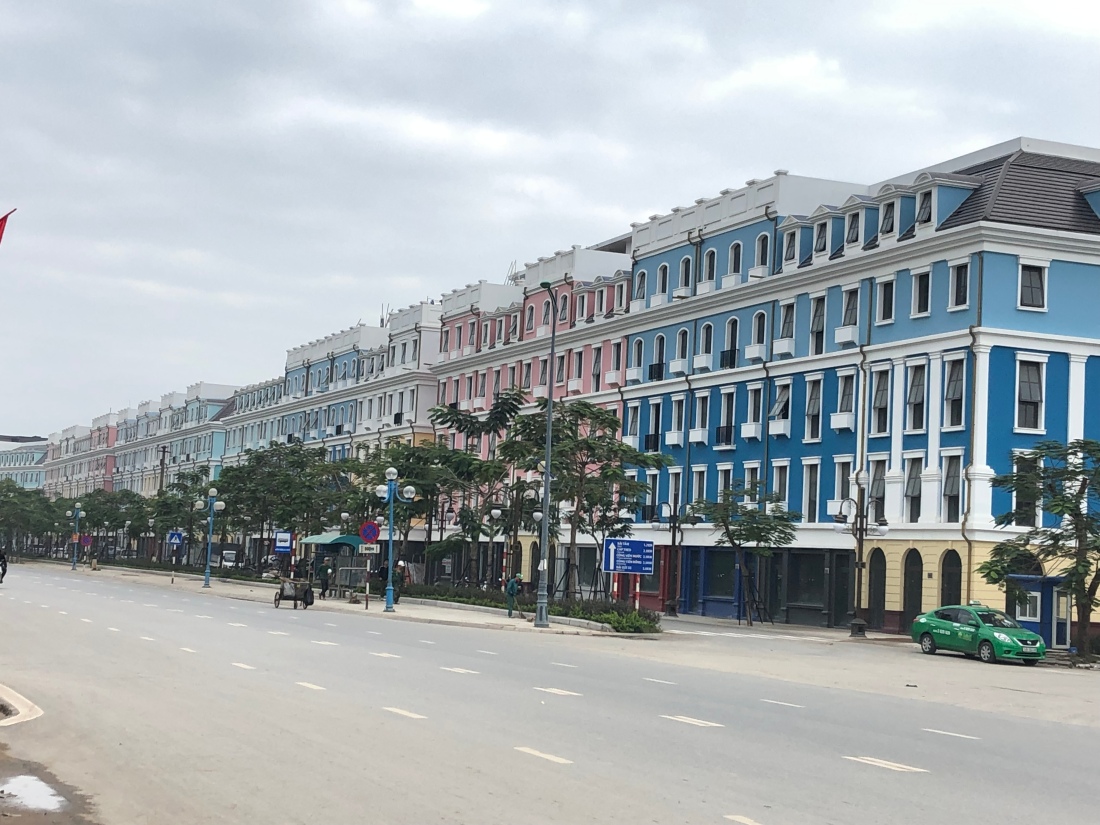 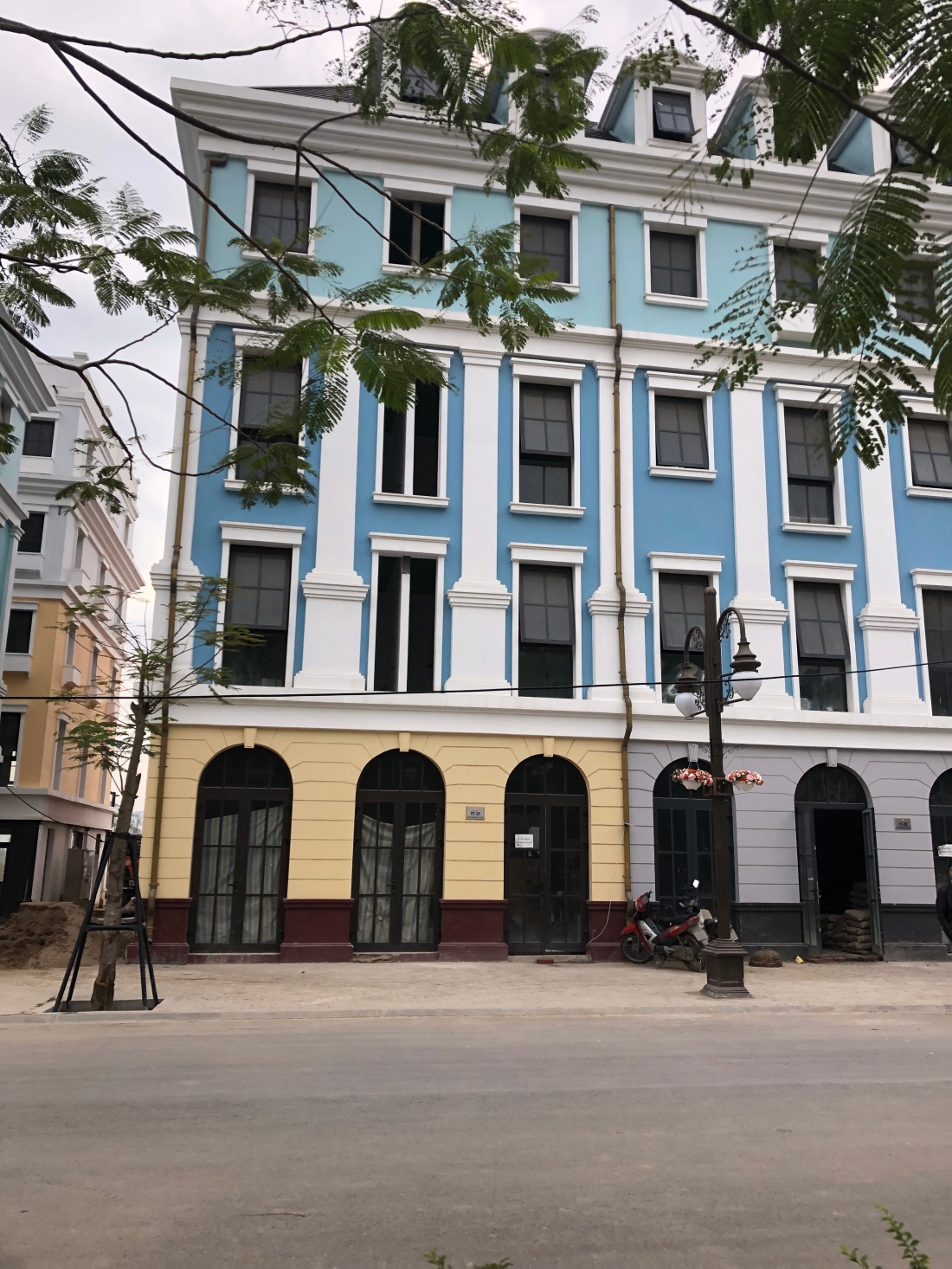 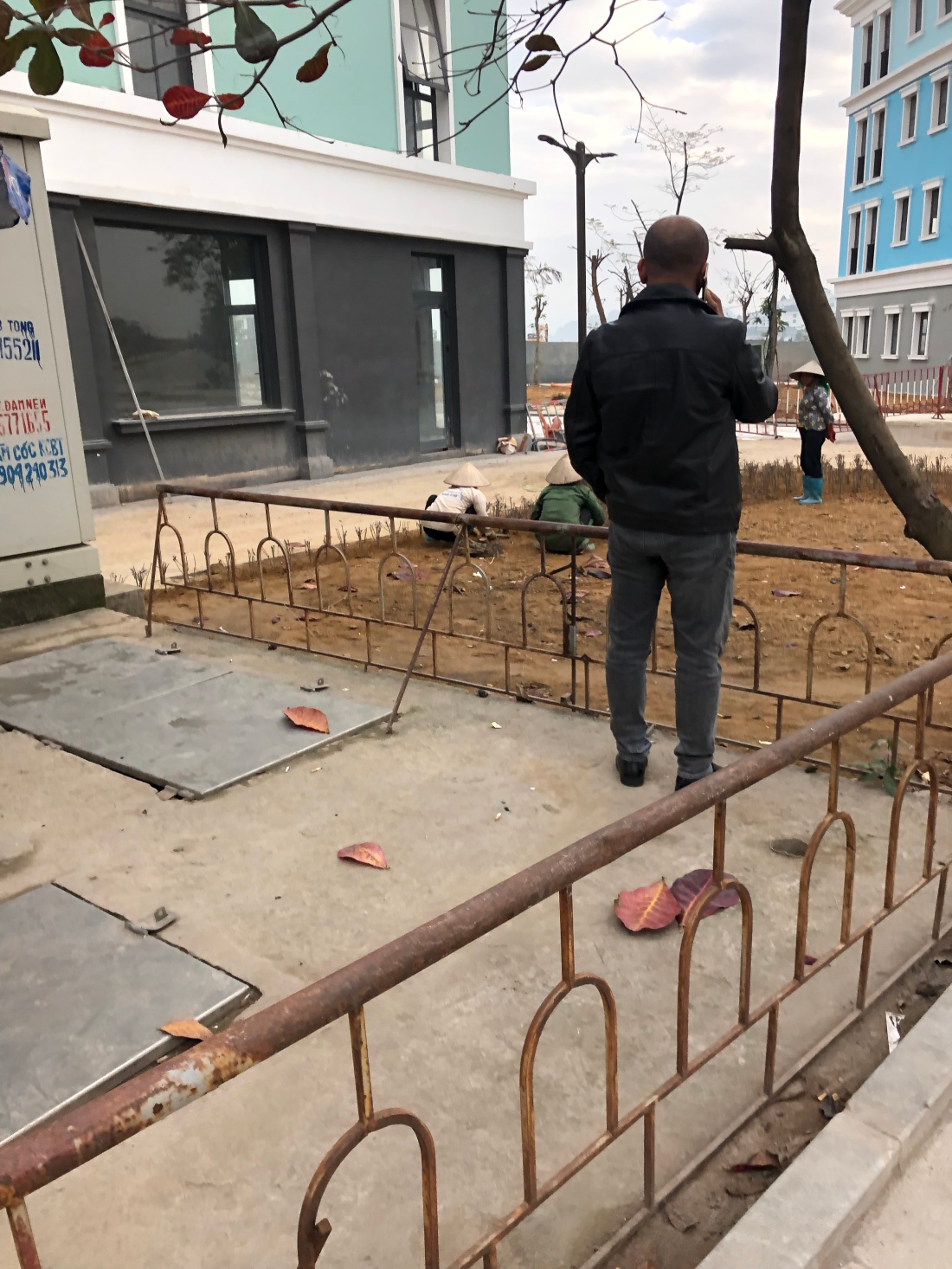 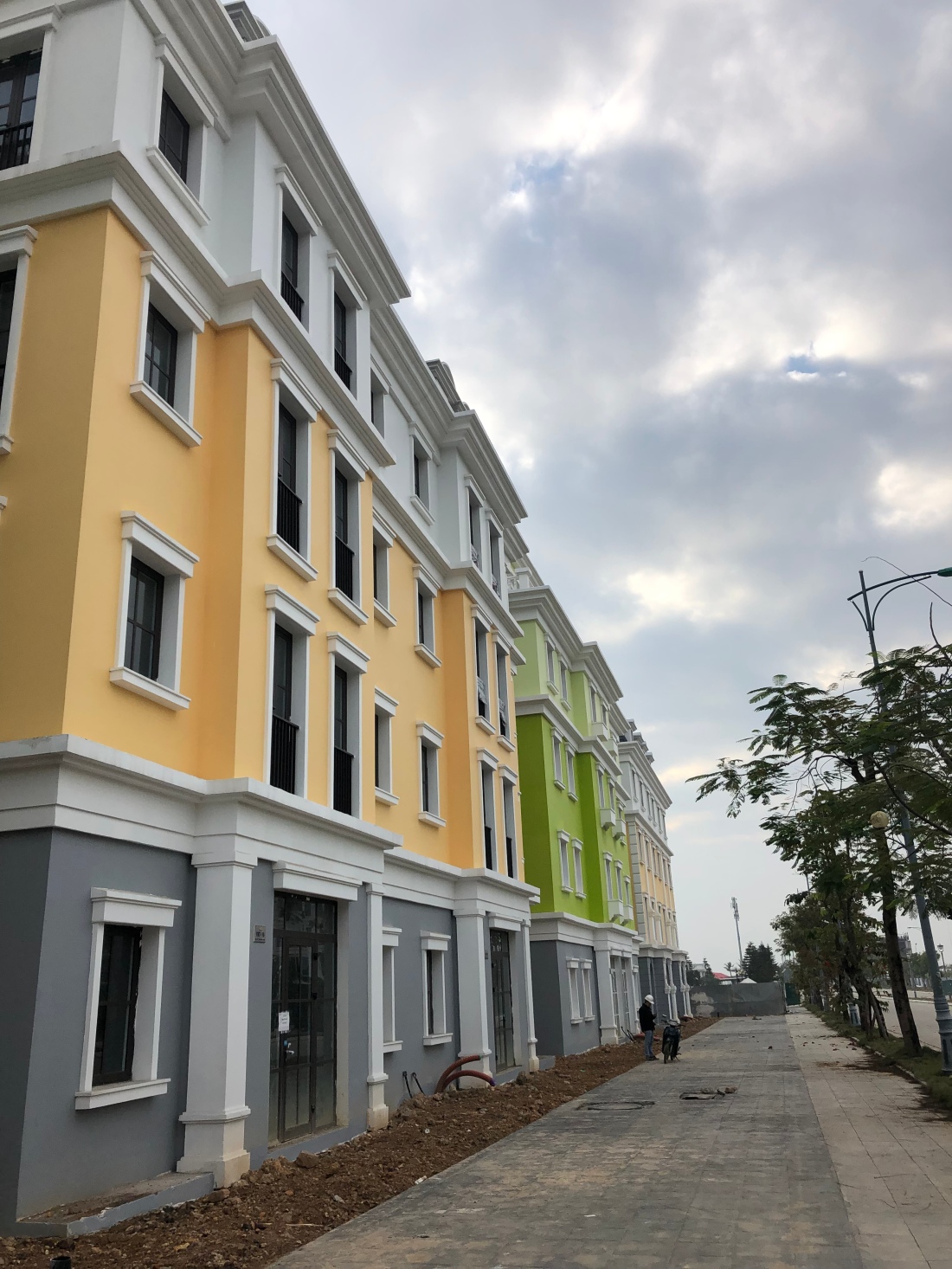 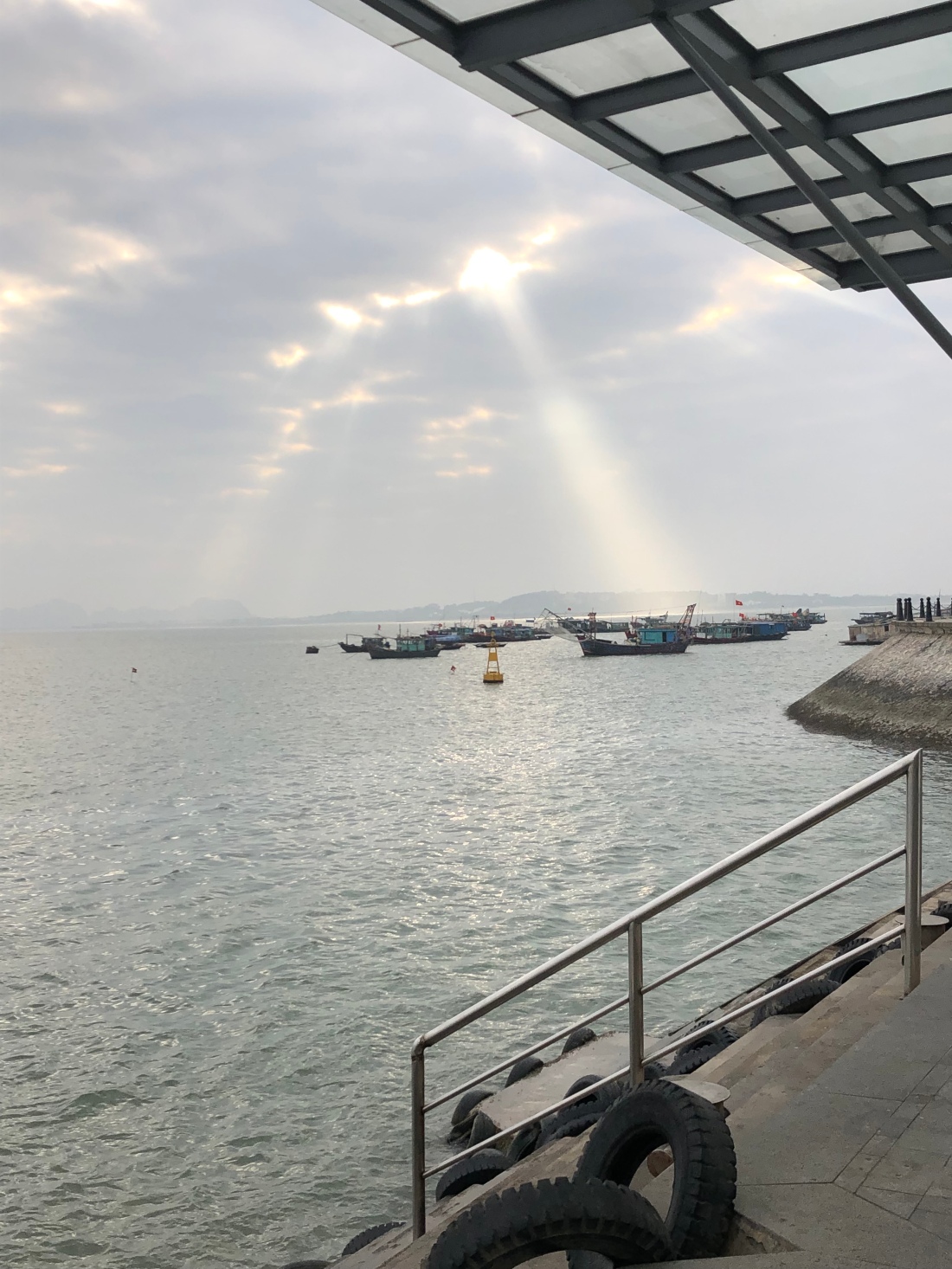 We didn’t have to wait long for our boat to arrive and when we made it back to the hotel, Cornelia asked if she could go back to kids’ club again. While she disappeared there, Ian and I went back to the gym. We did the same as yesterday: once we’d finished our workouts, I collected Bugsy and helped her change for swimming, then we met Ian outside the pool, and he took her in while I updated the blog.  I’m nearly there!! 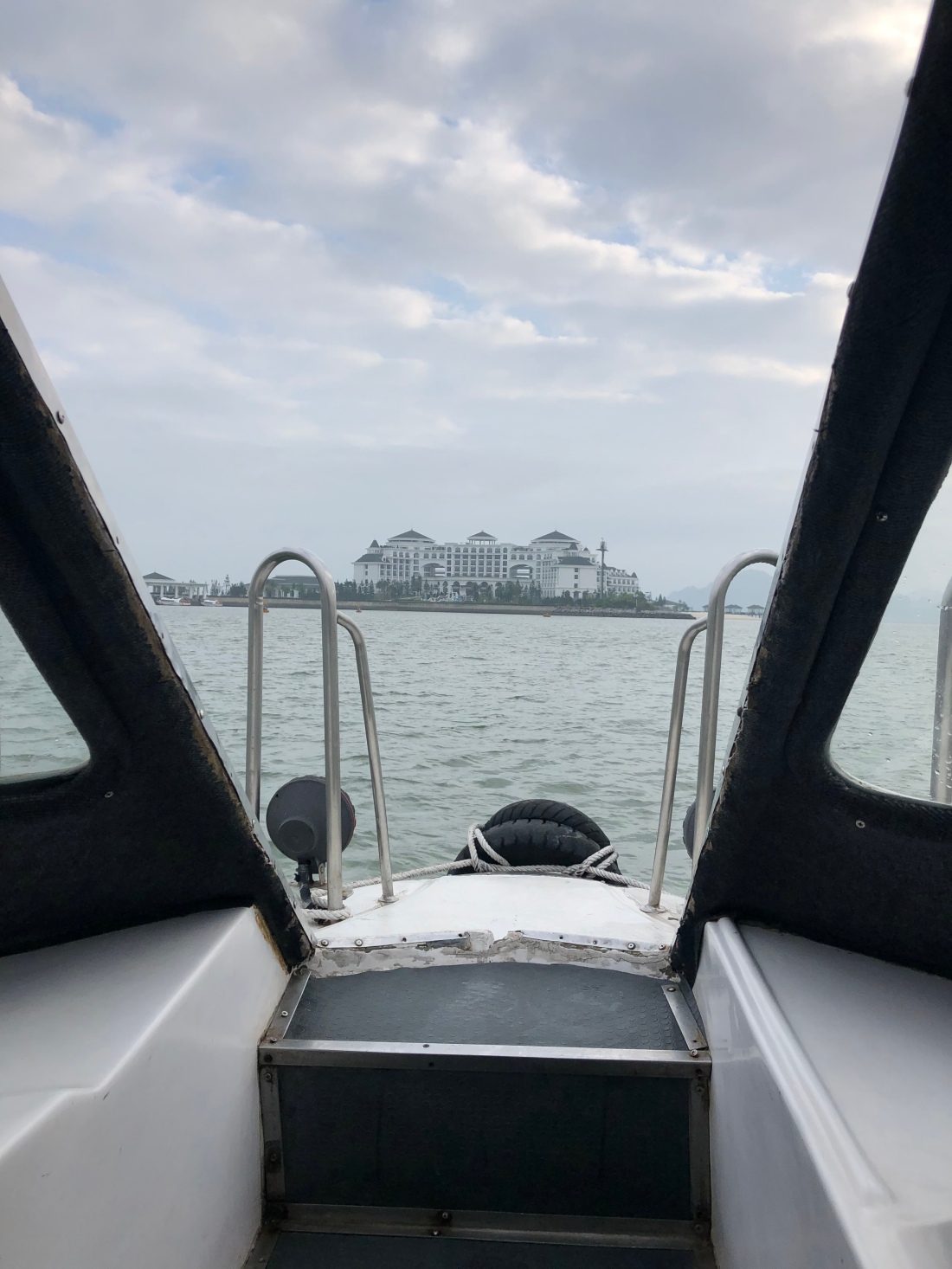 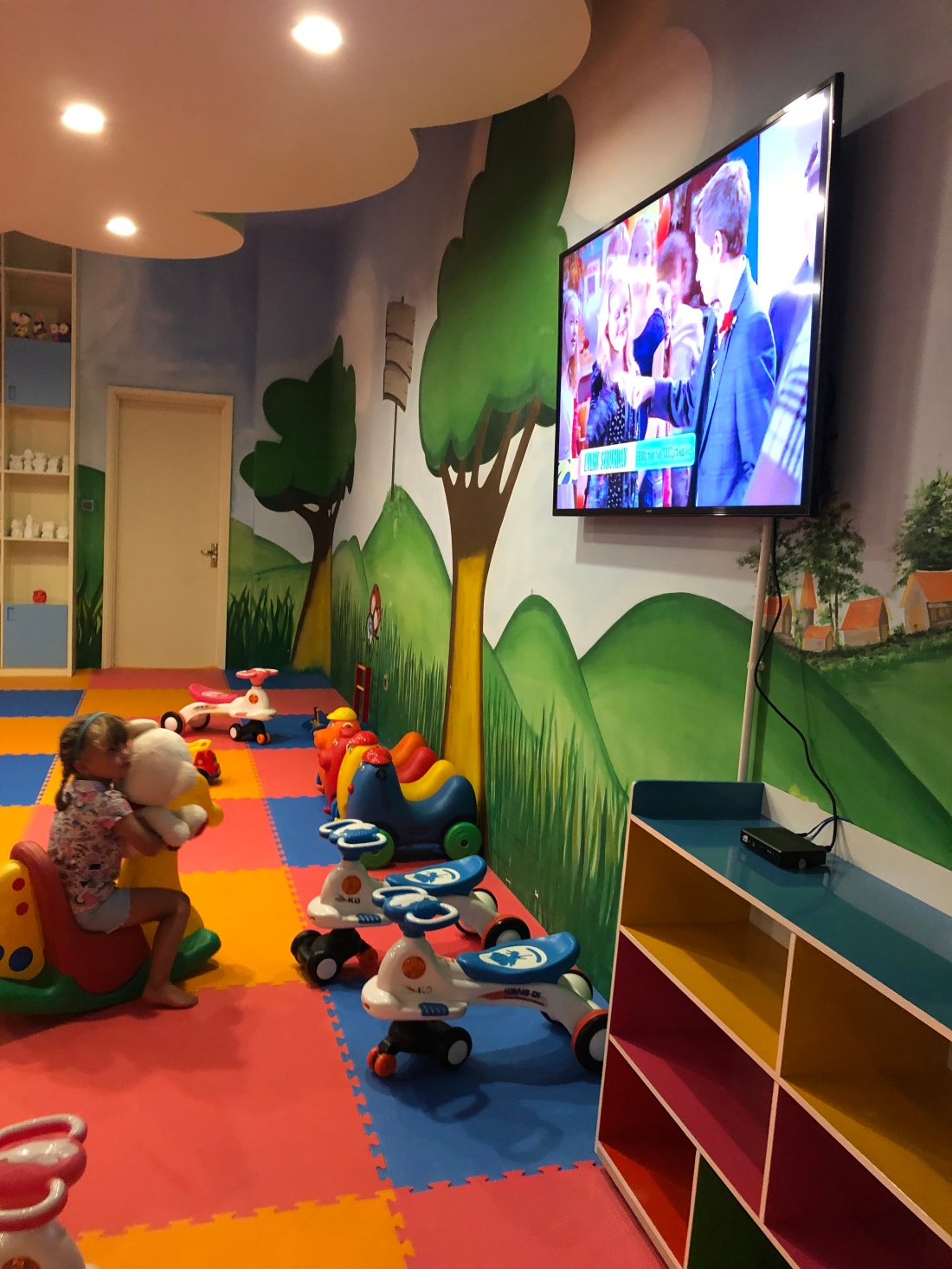 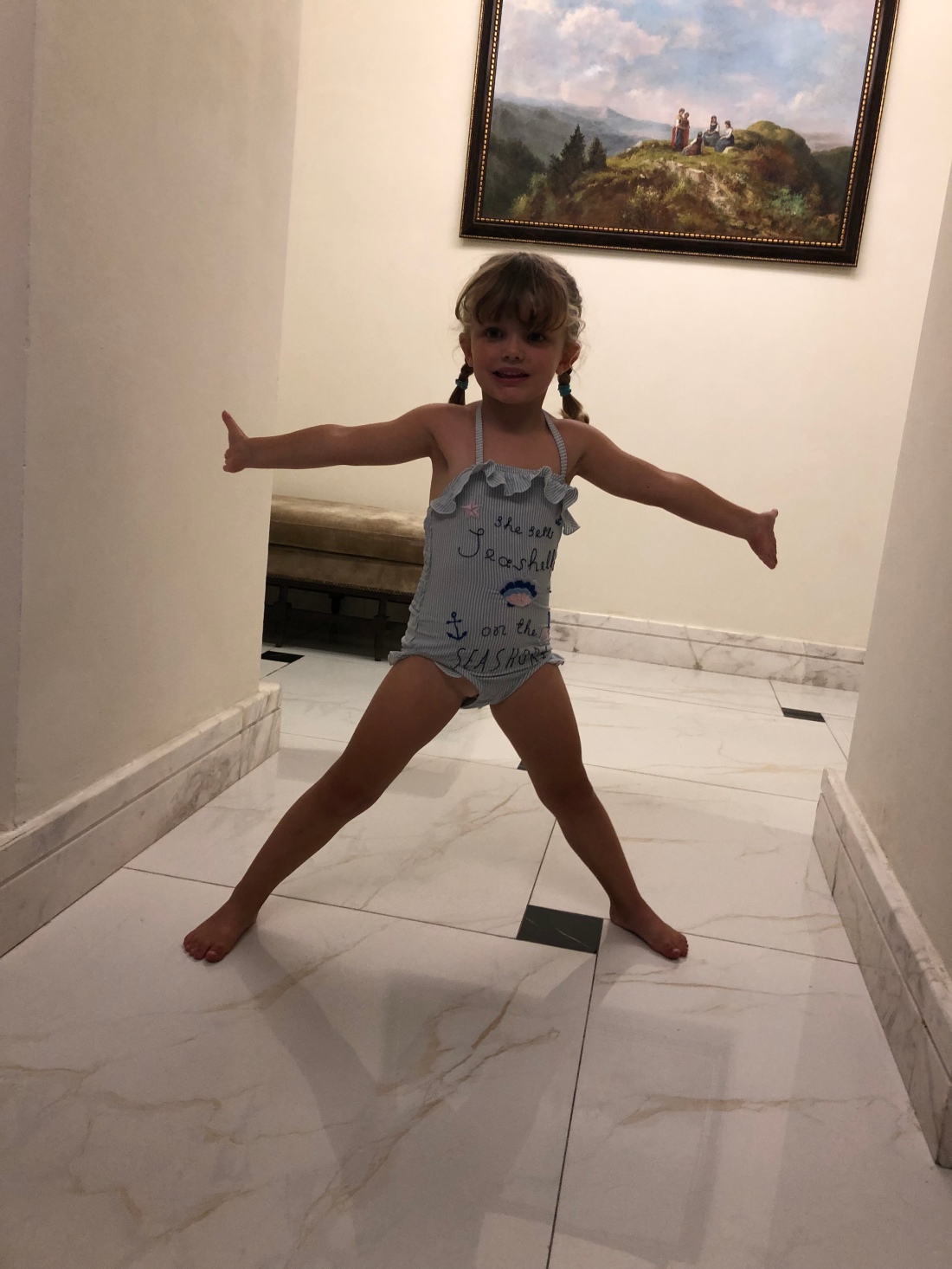 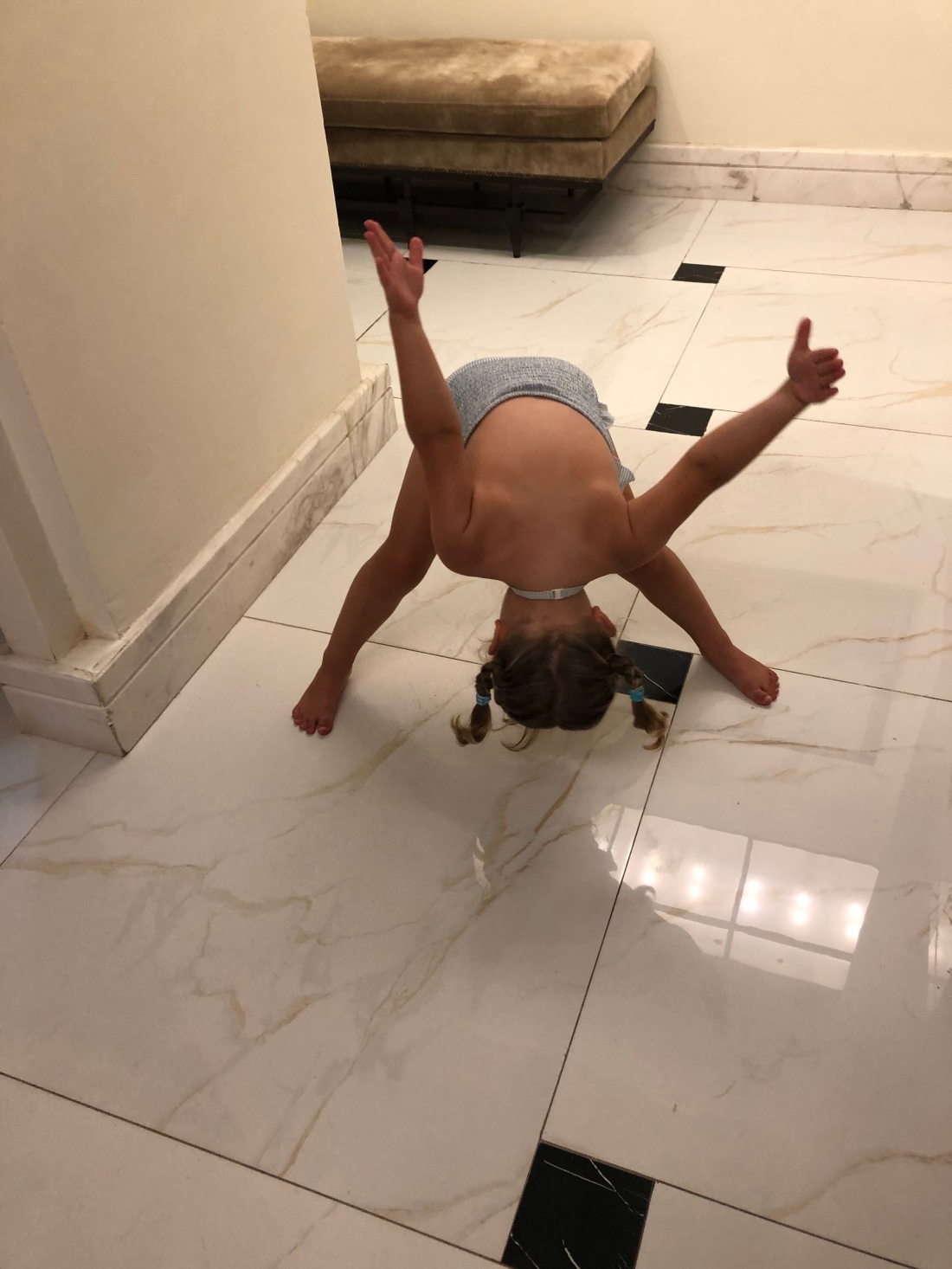 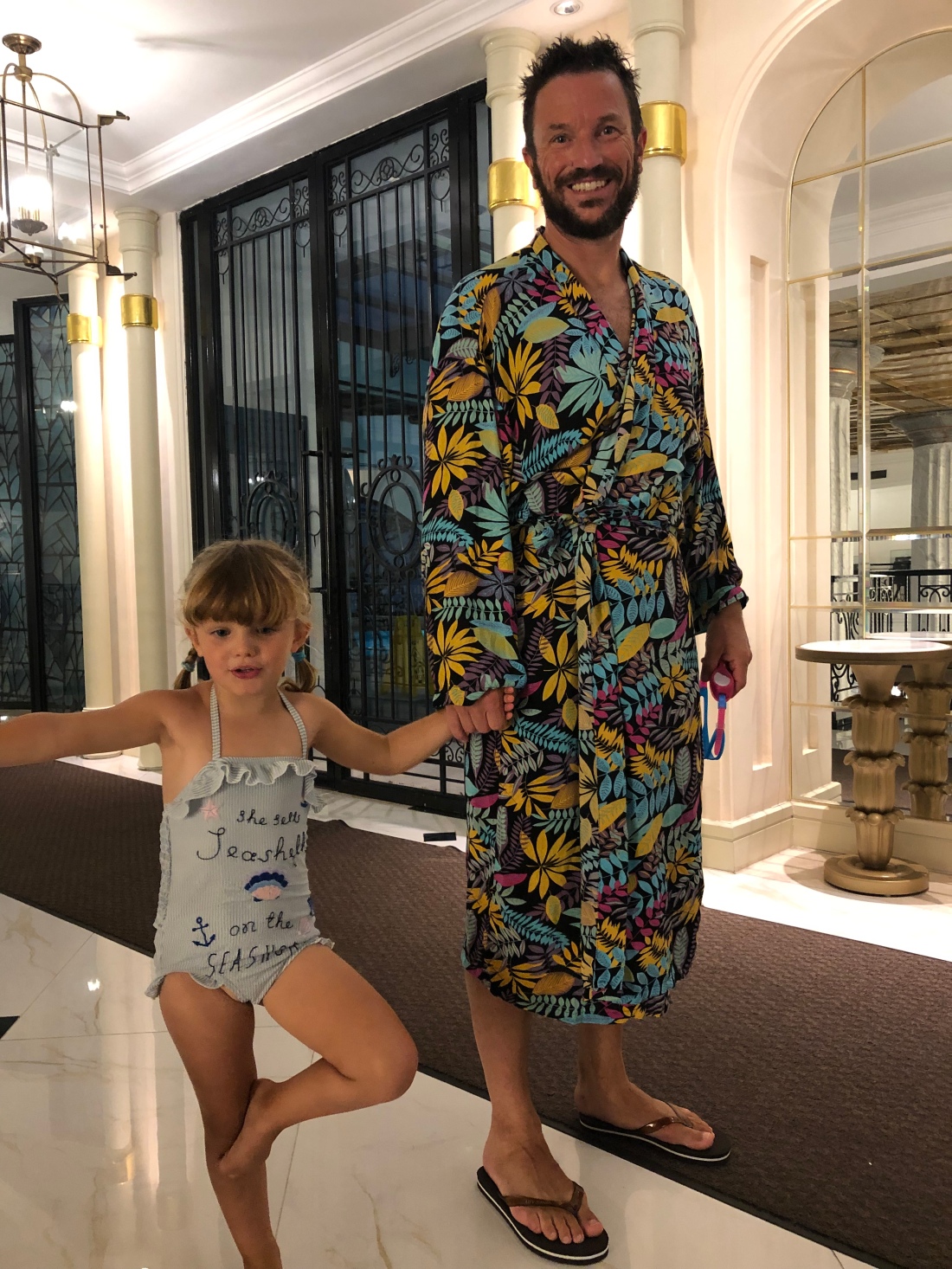 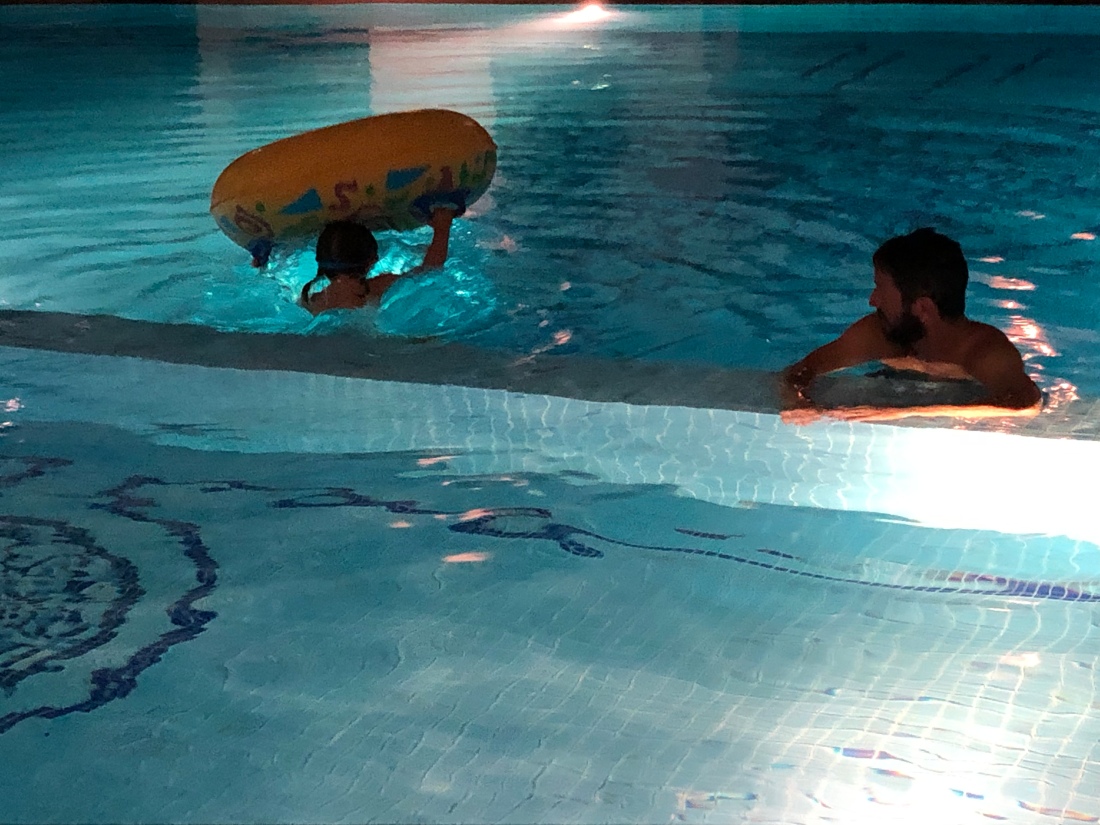 Once swimming was over, I booked a Thai massage for Tuesday morning.  The girl taking the booking warned me that it is a very tough and painful massage.  Sounds absolutely perfect for me!  If not a little scary…!

We called Grannie Annie for a chat once we’d showered, and were hoping to speak to Izzie at the same time (she was having lunch with Grannie Annie today, but they hadn’t yet arrived by the time we’d called. So we went for supper in the restaurant again – thai green curry for me, and beef & cashew stir fry for Ian (both very tasty but not as incredible as last night’s fish), before trying her again later.  We were in luck this time, and Bugsy had a good chat with Izzie before it was time to get her into bed. She asked for one story, which Ian read while I updated the blogs once more, and she was fast asleep within minutes.  I’m nearly up to date now, so won’t be up until midnight tonight typing.  I may even read a book before bedtime. Yep, it’s all gone wild here!

2 thoughts on “Leaving the island to explore”