The day began with a round of “We’re going on a Cornelia hunt” under the bed covers, where I had to find a Cornelia hiding in a cave and bring her home with me.  😳 After the adventure, we showered, had breakfast, and were out of the door by 09:30.  I had bought tickets for Perth Zoo last night, and we drove there, parking just a short distance away.  I assumed that the zoo would have a car park, and hadn’t even bothered to Google to confirm that this was the case.  Perth Zoo does NOT have a car park… But we were very lucky and parked down one of the nearby side streets, and were able to walk the rest of the way.

There was no queue at all, although a large load of school kids were in three big groups, and clearly about to enter.  We quick-marched through the entrance, congratulating ourselves for not getting caught in the throng, and I was just applying sunscreen to Bugsy when the fifty-strong crowd of kids came charging in, full of excitement for their day ahead!  We needn’t have worried.  The zoo was quite empty, despite the herd of children, and at no time did we feel under siege!

An exhibit of dinosaurs was the top attraction for the school holidays, and they were marvellous mechanical rubber creations that sensed movement, then roared and swiveled their heads in response.  Naturally, this terrified Cornelia to start with, until she was 100% certain that they were just pretend models and couldn’t move anywhere.  Or eat her.

We spent about two and a half hours in the zoo, and her most beloved animal today was the veiled chameleon (she was convinced he was waving at her), and we spent a disproportionate amount of time waving at him, until she finally agreed to move on.  The rest of the zoo was filled with the usual suspects, and we made our way about half way around, when a time check revealed it was time for us to make our way to Kids SummerFest, to which I had also booked tickets.  Our time slot was 12:30 – 15:30, and the festival was taking place at Elizabeth Quay, near the ferry and Bell Tower of yesterday. 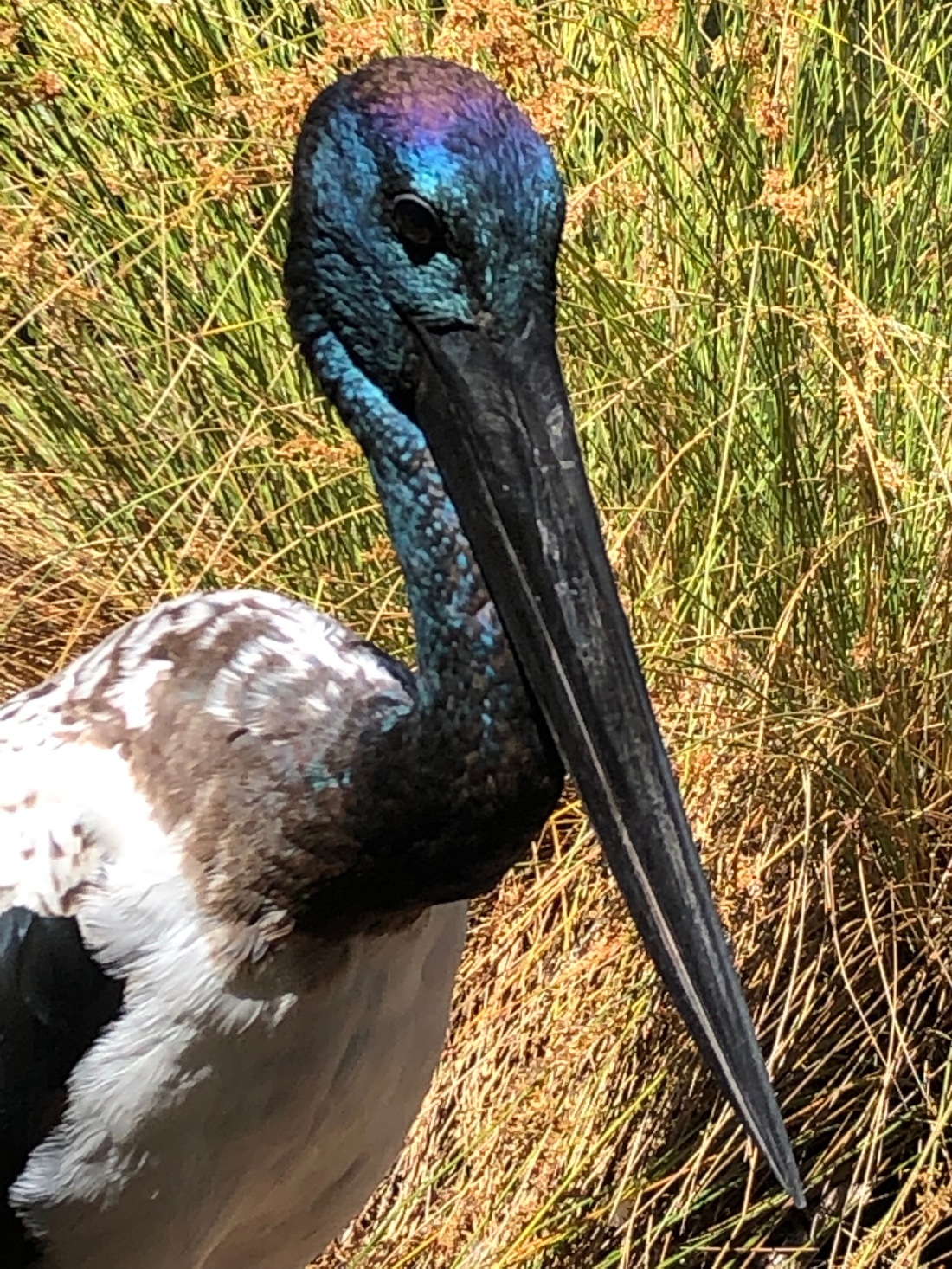 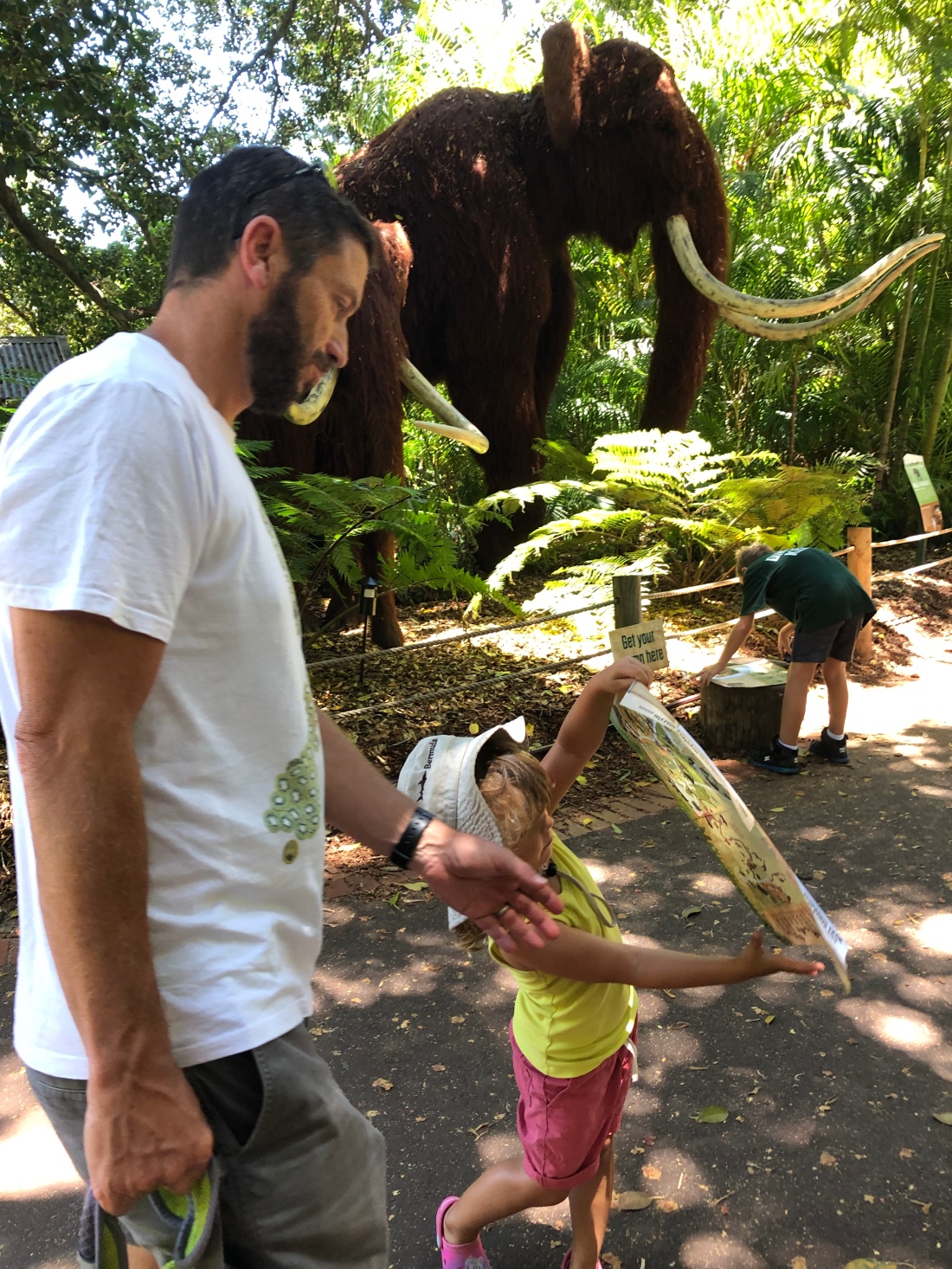 SummerFest is basically a fairground with a variety of different rides, activities and a stage show which, to Cornelia’s delight, was a Paw Patrol show.  Those shows were on the hour, so our first half hour was filled tea cups rides and a carousel swing that went very fast and very high!  I’m glad I volunteered Daddy for those rides (using the quite legitimate argument that I have done all of these and more by myself with her at Crealy and the like!). 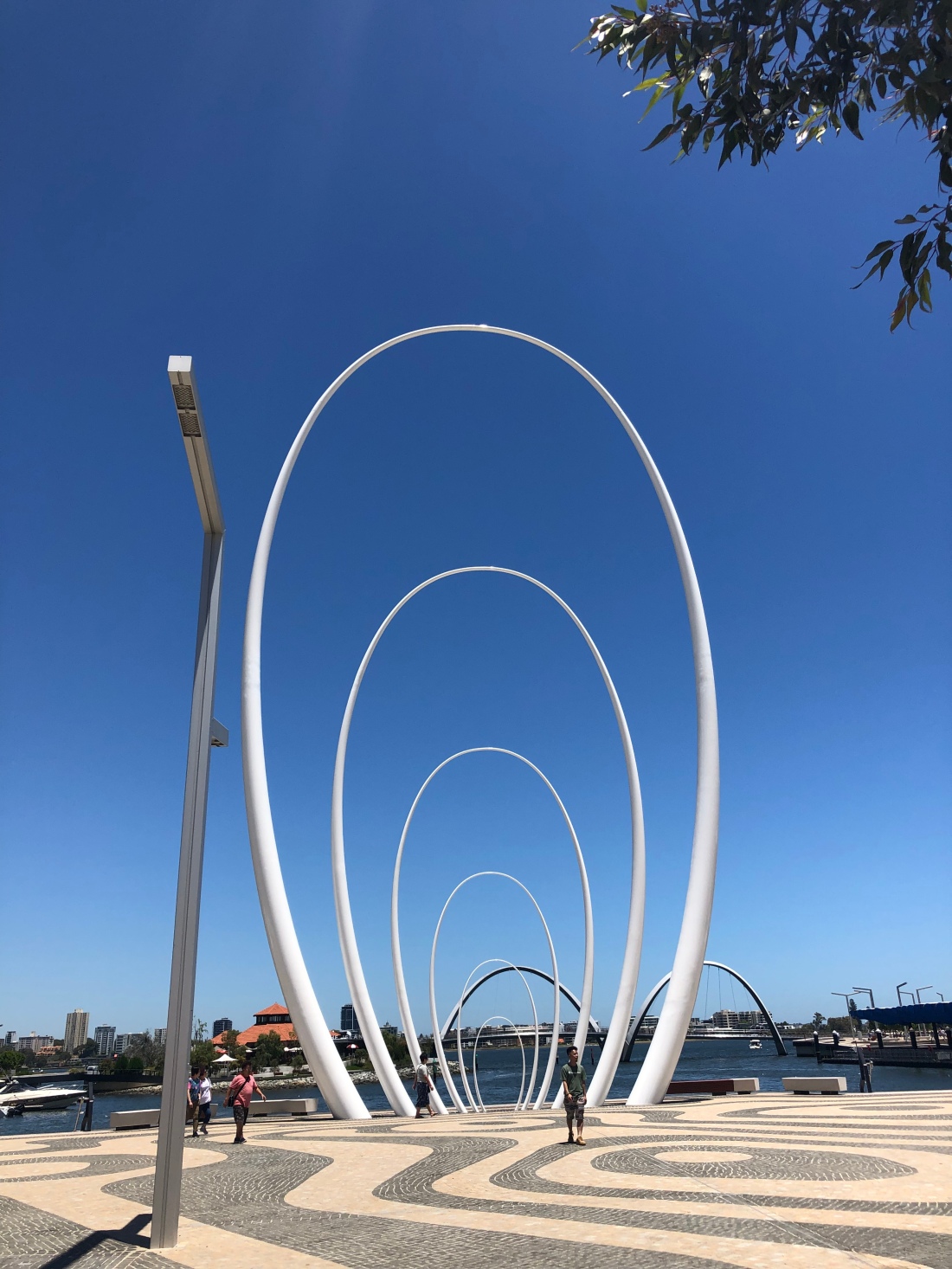 At first, although Cornelia was enthusiastic to watch the Paw Patrol show, she quickly changed her mind and said she didn’t want to, and escaped to the bouncy castle for a while.  But as the … er…. plot developed, I could see her watching the show out of the corner of the bouncy castle, and when I asked her if all was well, she confided that she felt ready to watch the show now, and dragged me over to sit on the grass with her to watch it.  I do so love watching her become totally absorbed in these things.  She was singing along and trying to do the dance moves, whilst keeping her distance from the stage, so she didn’t have to volunteer for anything.

Once the show had finished, we tried to get Cornelia to have some lunch, but she kept saying she wasn’t hungry.  Ian and I had a soft, fluffy bao bun each filled with chicken (Ian) and maple roasted cauliflower (me).  They were small, but delicious! (A bao bun is a soft bread that is steamed instead of baked.) After a couple more rides, we managed to convince Cornelia to have a hot dog, but she didn’t like the bread with ketchup, so ate about three-quarters of the vile-looking pink fake sausage, before putting in a request for a chocolate ice-cream.  It was probably healthier than the hot dog, so we agreed that she could have one! 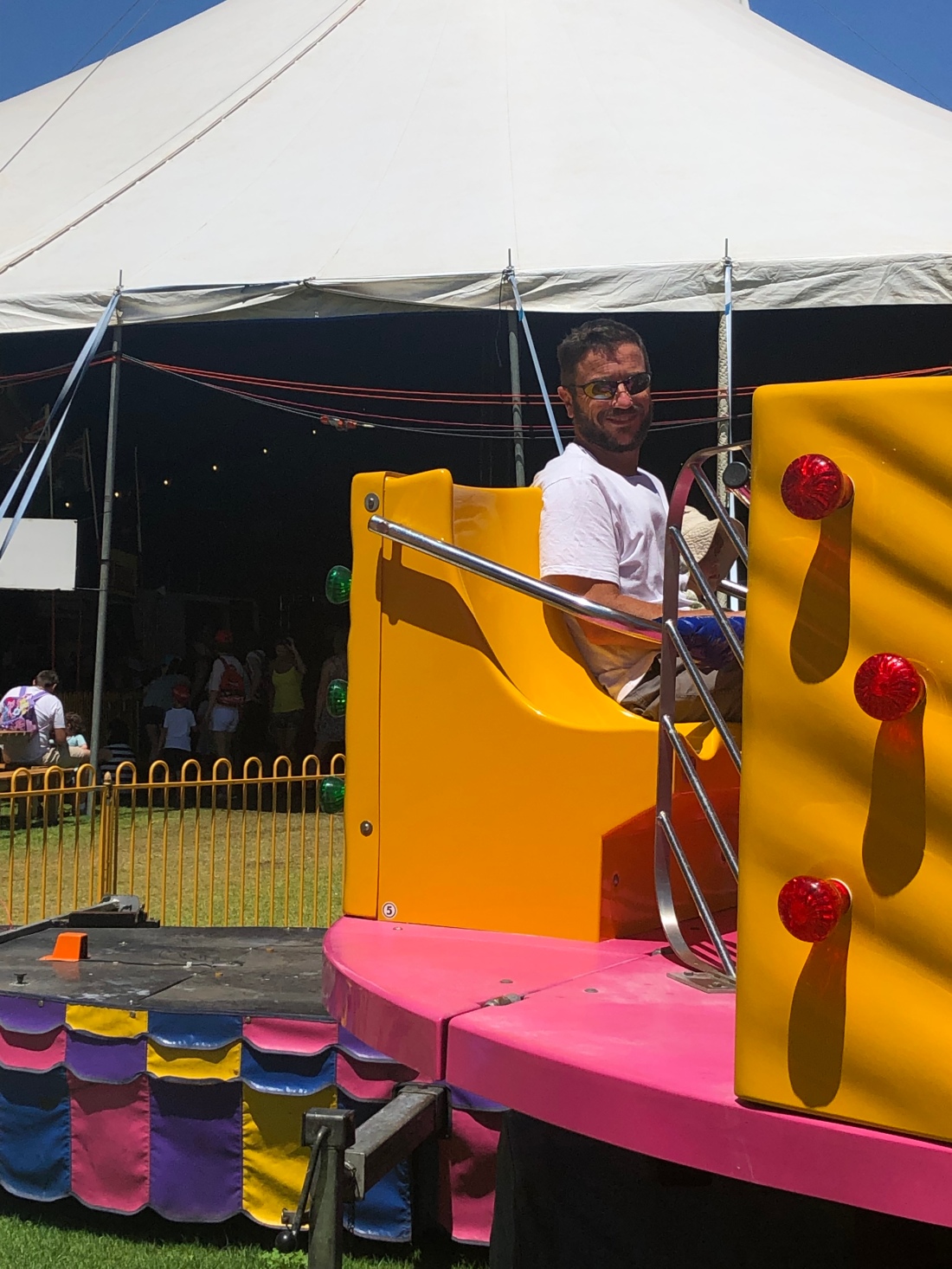 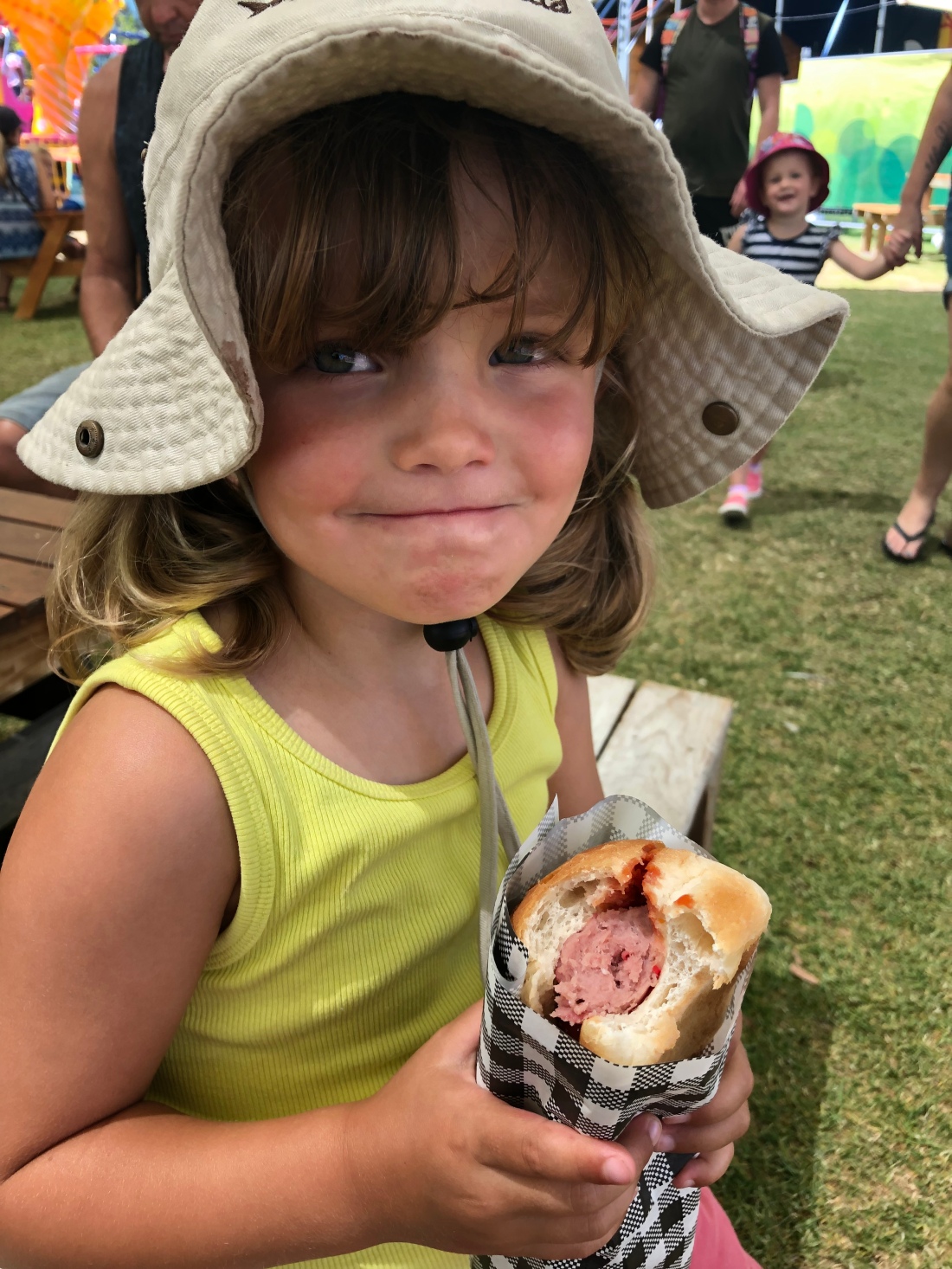 After her “lunch”, she tested out the rest of the rides, most of which she could go on by herself.  We discovered she’s like the Liam Neeson of four year olds, tracking a girl she’d befriended and stalking her around the fairground and on the bouncy castle.  It was very funny to watch!  Our last bit of entertainment was some time at the silent disco, which was empty bar one very enthusiastic girl, me and Cornelia.  I’ve never danced at a silent disco, but I have to say, it is genius!  All that dancing and no noise to trouble people around you.  Actually, one of the nicest things about SummerFest was that there was no ear-burstingly loud music blaring out – it was all very civilised! 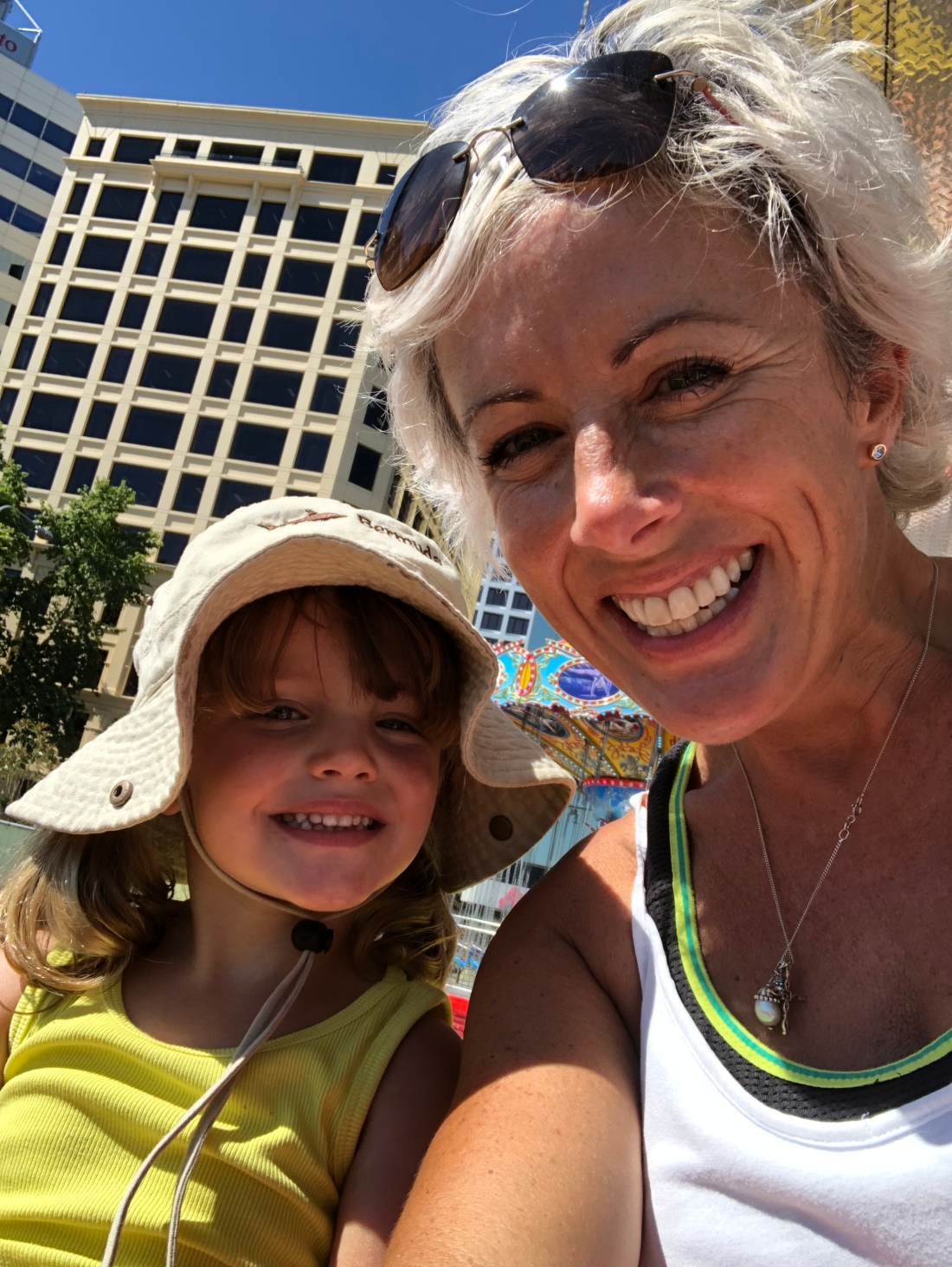 We had enough time to go back to the zoo, as it wasn’t shutting until 17:00, so we drove back to tick elephants, tigers, orangutans and a white rhino off the list before we were in danger of being locked in. One majestic elephant that we watched for some time was bashing what turned out to be a “bran block” on the floor, to break it up a bit so she could eat it.  Cornelia and I were hypnotised by the twisting and turning of her trunk to try and toss it into her mouth and shouted a loud “hurrah!” when she finally managed to get it in!

Just as we were leaving the zoo, Cornelia decided she needed the loo, and with only a couple of minutes until 17:00, we legged it to the bathrooms.  When she had finished, Ian said that we were being booted out, and that the zoo staff had been by on bicycles to ensure everyone was leaving.  To our (Ian’s) great relief, this meant that the zoo shop was also closed, and so we couldn’t buy any souvenirs at all!

Back at the apartment, I went out for my run while Ian served pasta up to Cornelia.  It was another beautiful run – what’s not to love about a run along the seafront, with the sun setting over the sea?  I had said to Ian that I would stop off at Cole’s on the way back to pick up some milk and some toothpaste for the nagging toothache that wasn’t going away, so had taken $30 in cash with me.  When I took my phone out of my running belt to take some photos, the two notes flew out and away down the road in the strong breeze!  ARGH!!!  I had to do nearly a minute of sprinting to catch up with them, and thank goodness that I managed to retrieve them both.  I must have looked a sight frantically chasing these two bits of paper, but probably not quite as silly as I looked chasing those monkeys away in Africa a couple of months ago….! 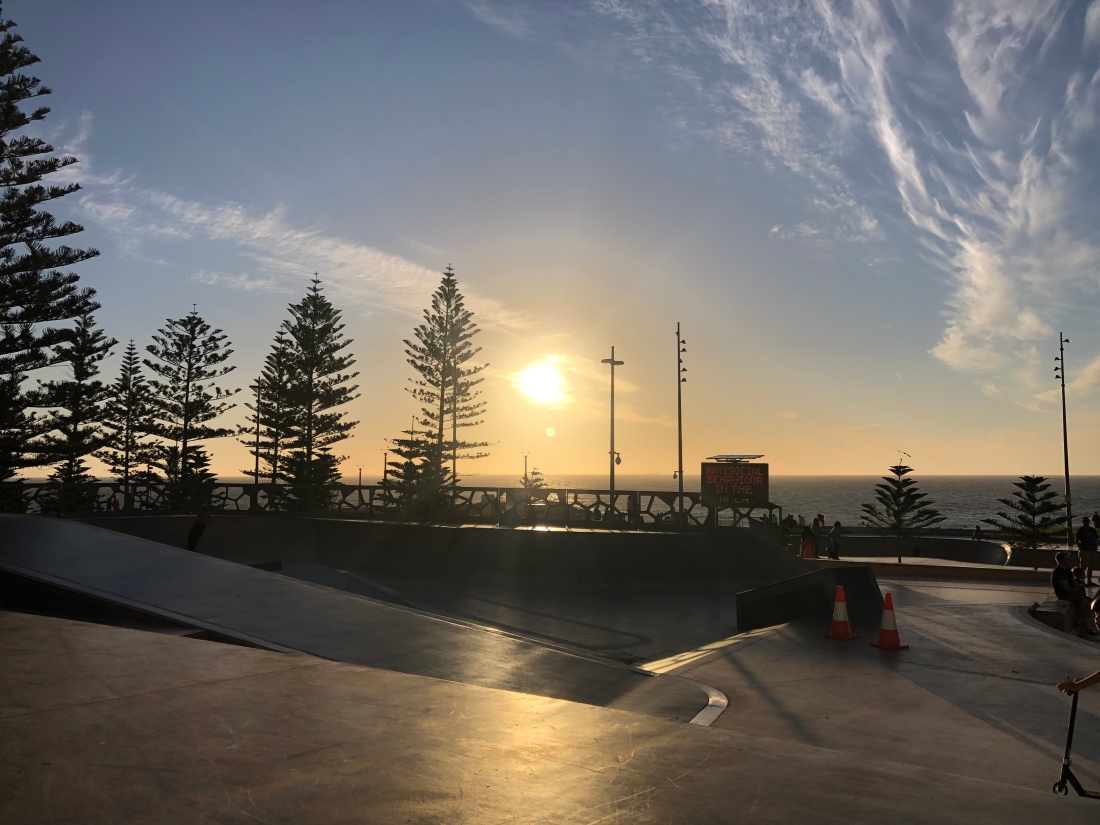 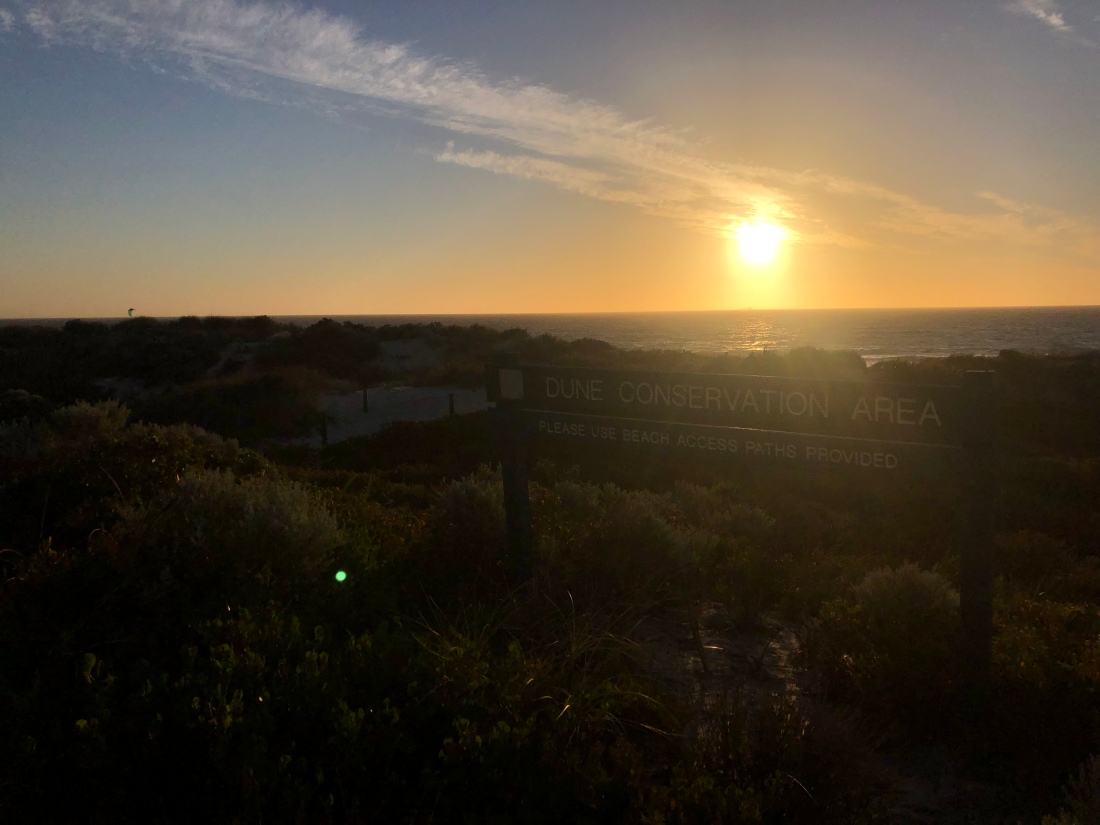 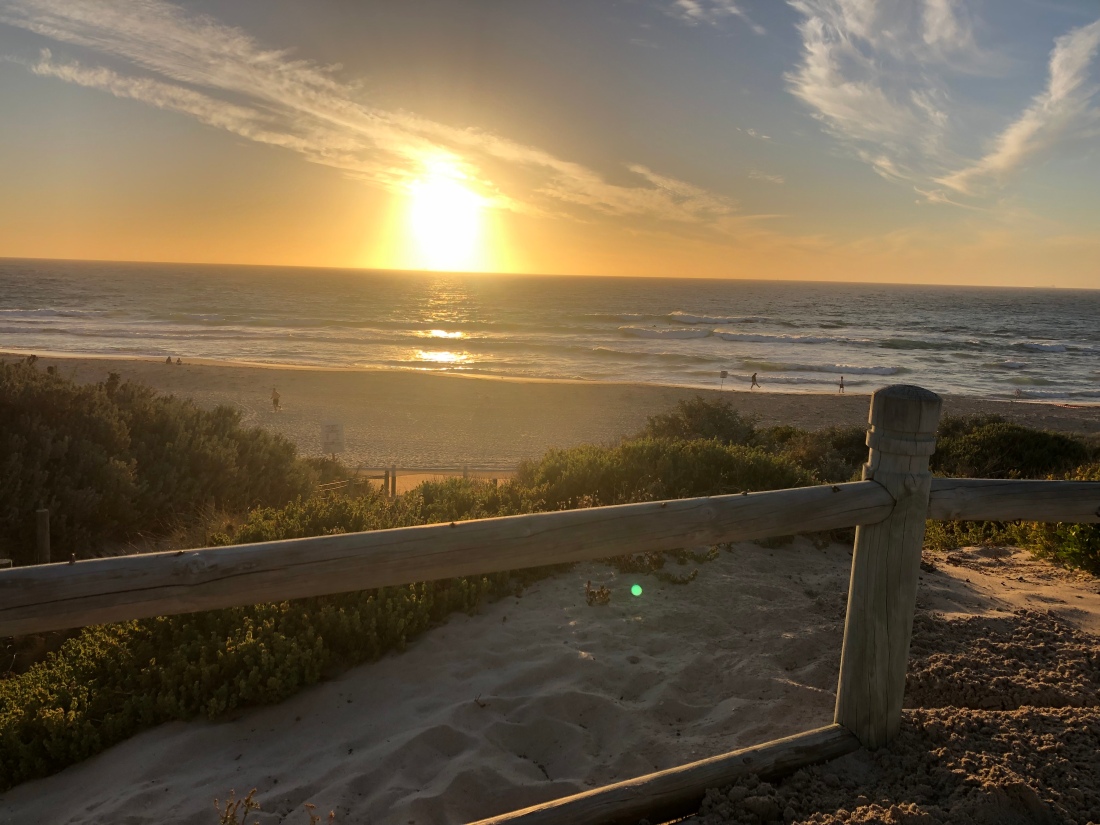 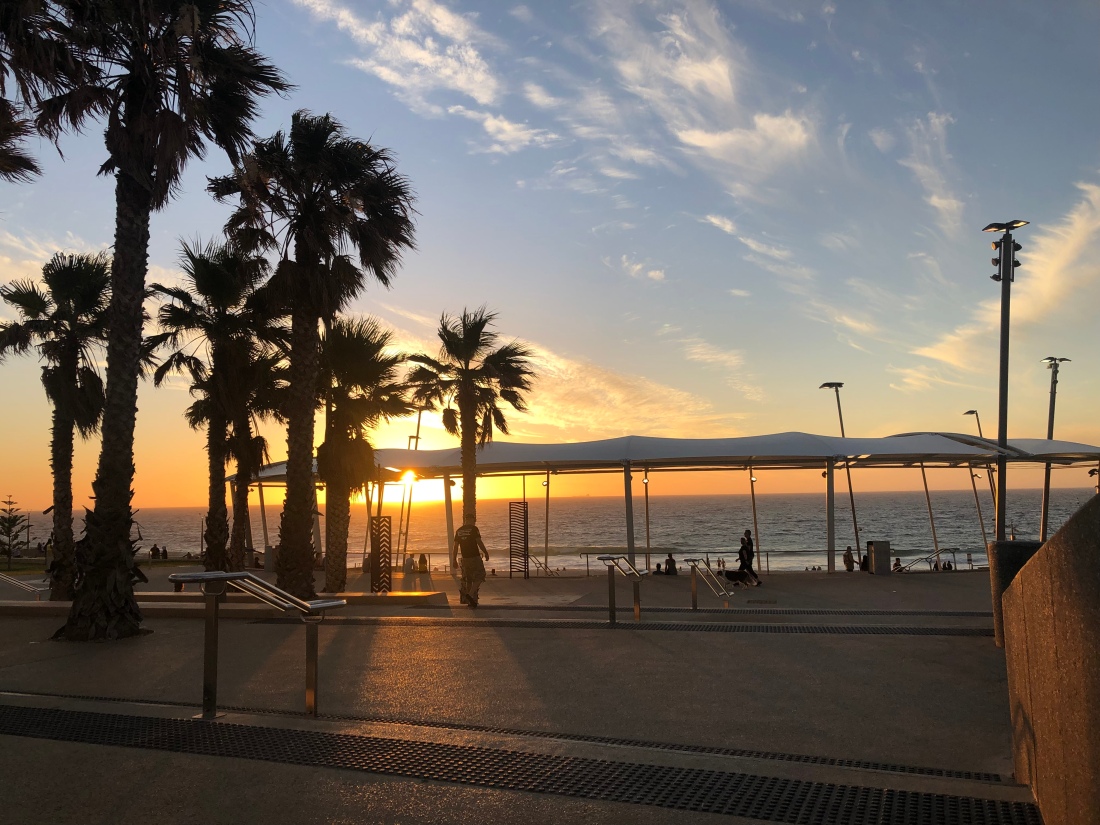 Cornelia went straight to sleep again tonight.  20:00 is definitely the optimum time for her to go to bed.  I made a rainbow-coloured stir fry for me and Ian tonight – it looked so delicious in the pan, I even took a photo of it!  And once again, we were both ready for bed early.  I had turned on the air conditioning, but it didn’t really seem to be having any effect, and as the instructions said in BOLD CAPS to OPEN all windows and doors, we switched it off when we went to bed.  Thankfully, it didn’t seem to be as hot as it was last night, and with no book to keep me awake, we were straight to sleep. 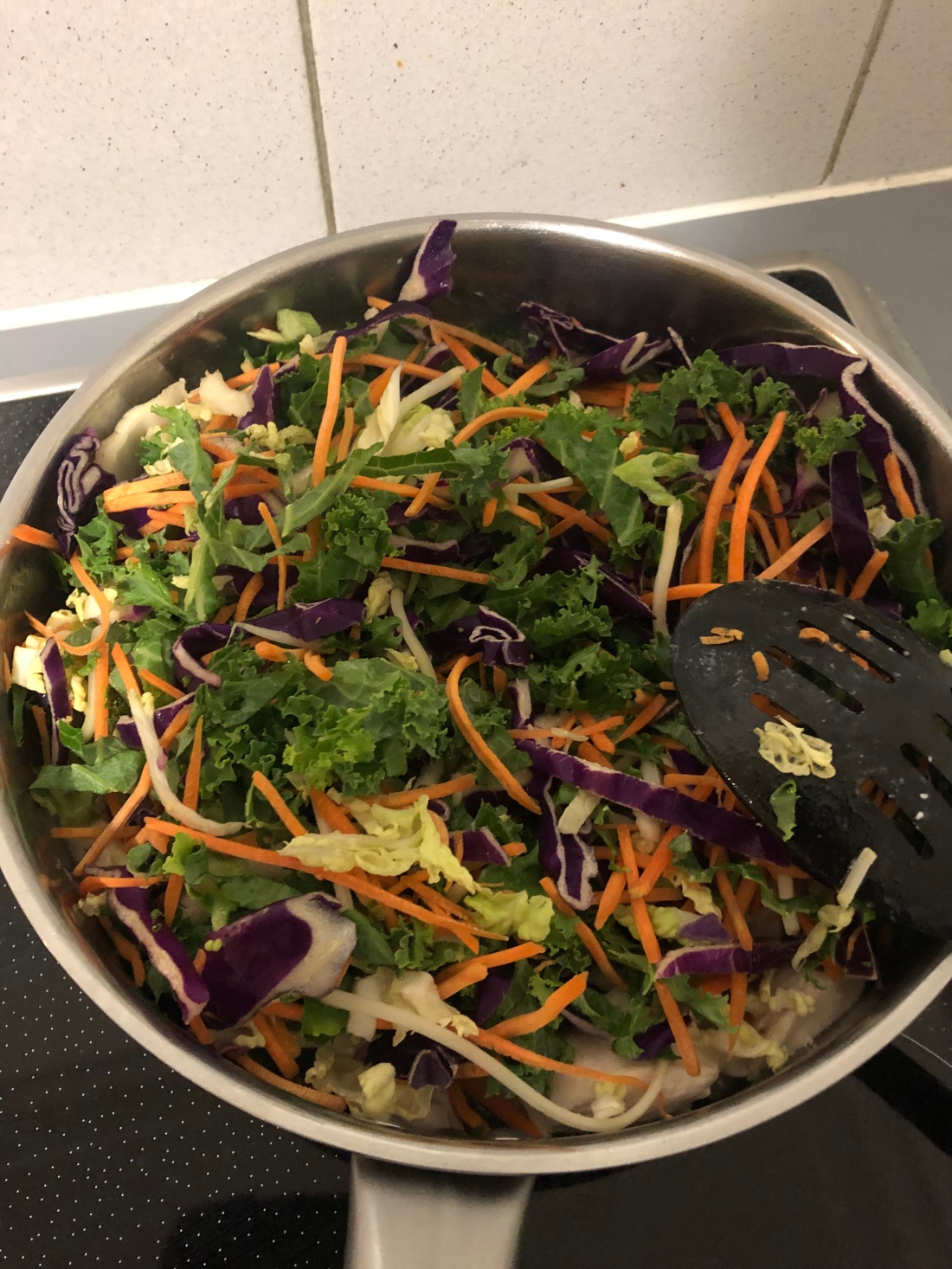