Cornelia didn’t wake up until just after 09:00, by which time Ian and I were outside enjoying the morning sunshine. We didn’t rush ourselves, and just enjoyed hanging out playing, managing to have a long chat with Sister Charlotte, before we finally stirred ourselves into action.

The bus stop is right outside the holiday park, and we took the #10 into town, alighting at the Tourist Information Centre, next to a little playground. 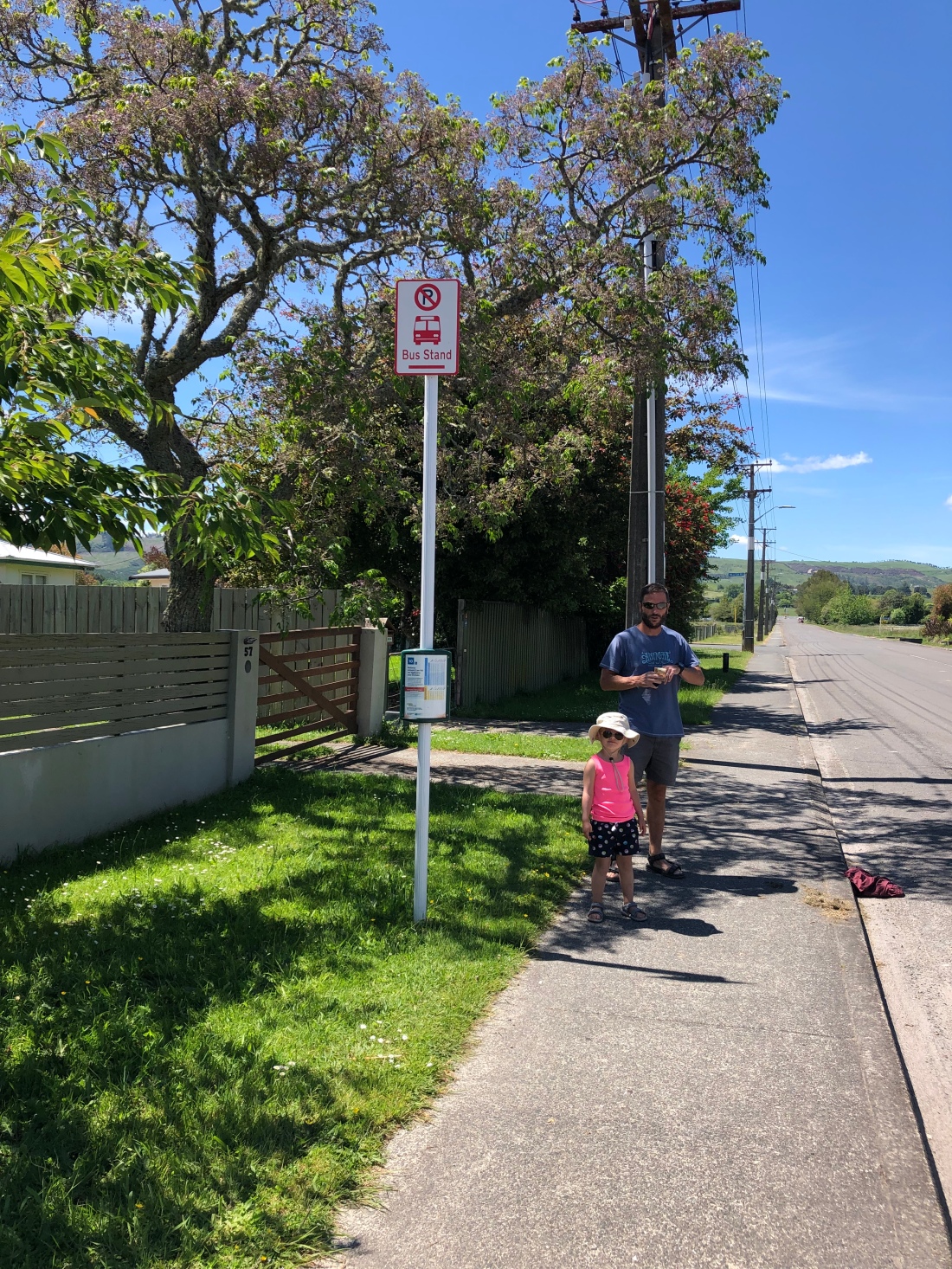 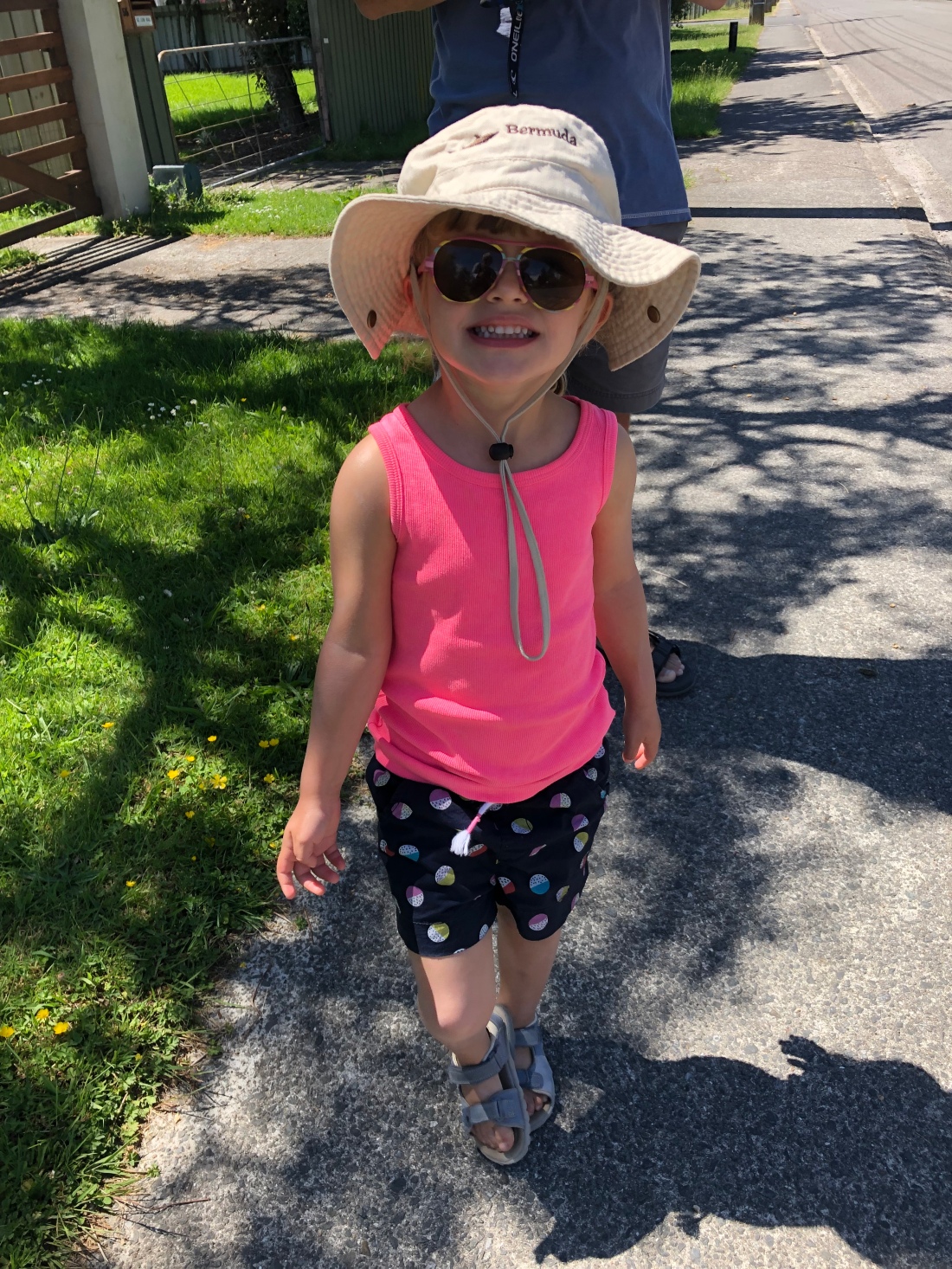 Although Ian and I were keen to get to the geothermal park, Cornelia was equally keen to go to this playground and it took some steely persistence to insist that we would go there later, but we were heading somewhere else first. Five minutes of sitting on the pavement sulking finally gave way to a happy, skipping little girl again. Kuirau Park wasn’t far away at all, and on arrival, we joined the last ten minutes of a book sale that was taking place and Bugsy ended up with three new books for $5.

There were two different play areas for her to run around, and she had loads of fun spinning and twisting on the various machines. It makes me dizzy just looking at her!

The sulphuric smell had Cornelia holding her nose and exclaiming that it smelt like tomato soup and rubber (which, in a peculiar way, it did). We had been expecting bubbling pools of mud and water, so were slightly dejected to find that the mud had dried up and most certainly was not bubbling! A woman to whom Ian spoke said they were the driest she’d seen them in 60 years. 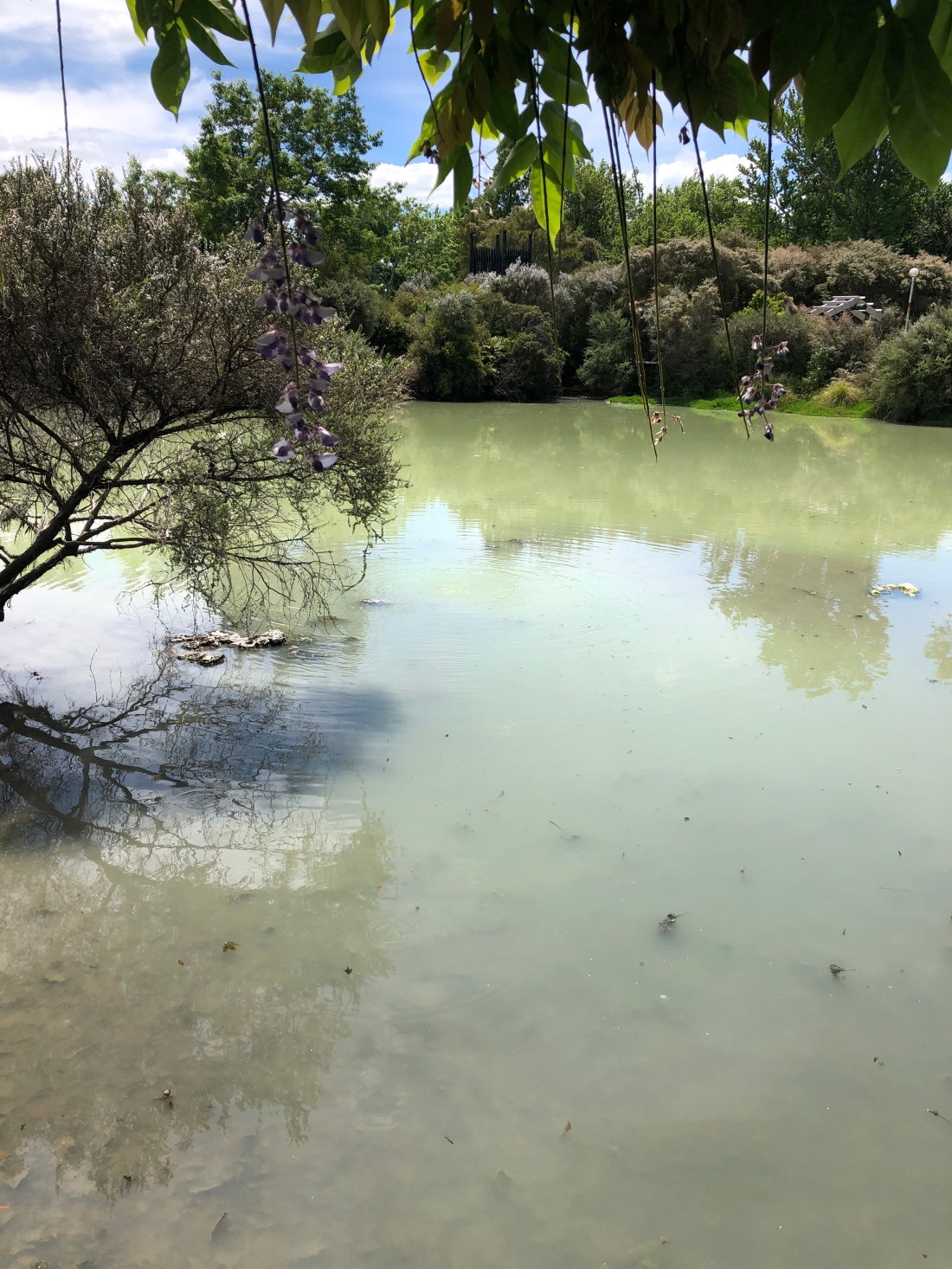 But all was not lost as there was a small geo thermal pool that had been made available for the public, and although it wasn’t very thermal, Cornelia had stripped off to her pants and was in there immediately! She had a glorious time, racing up and down and using Daddy’s legs as a slide, but when it was time to get out and go for lunch, I thought I had spare clothes for her, but actually I didn’t – they were in my other bag. 🤦‍♀️ So I wrapped her up in my shirt and she wore that all the way to our lunch cafe.

On the way there, we found some better mud pools which were making rumbling throaty noises as well as some more fenced-off bubbling water ponds. Bugsy and I played hide & seek, and she turned into Fido, my new pet dog, and we played fetch with a stick, and she “heeled” very nicely! 😂 If nothing else, it’s an excellent way to get her to where you want her to go! 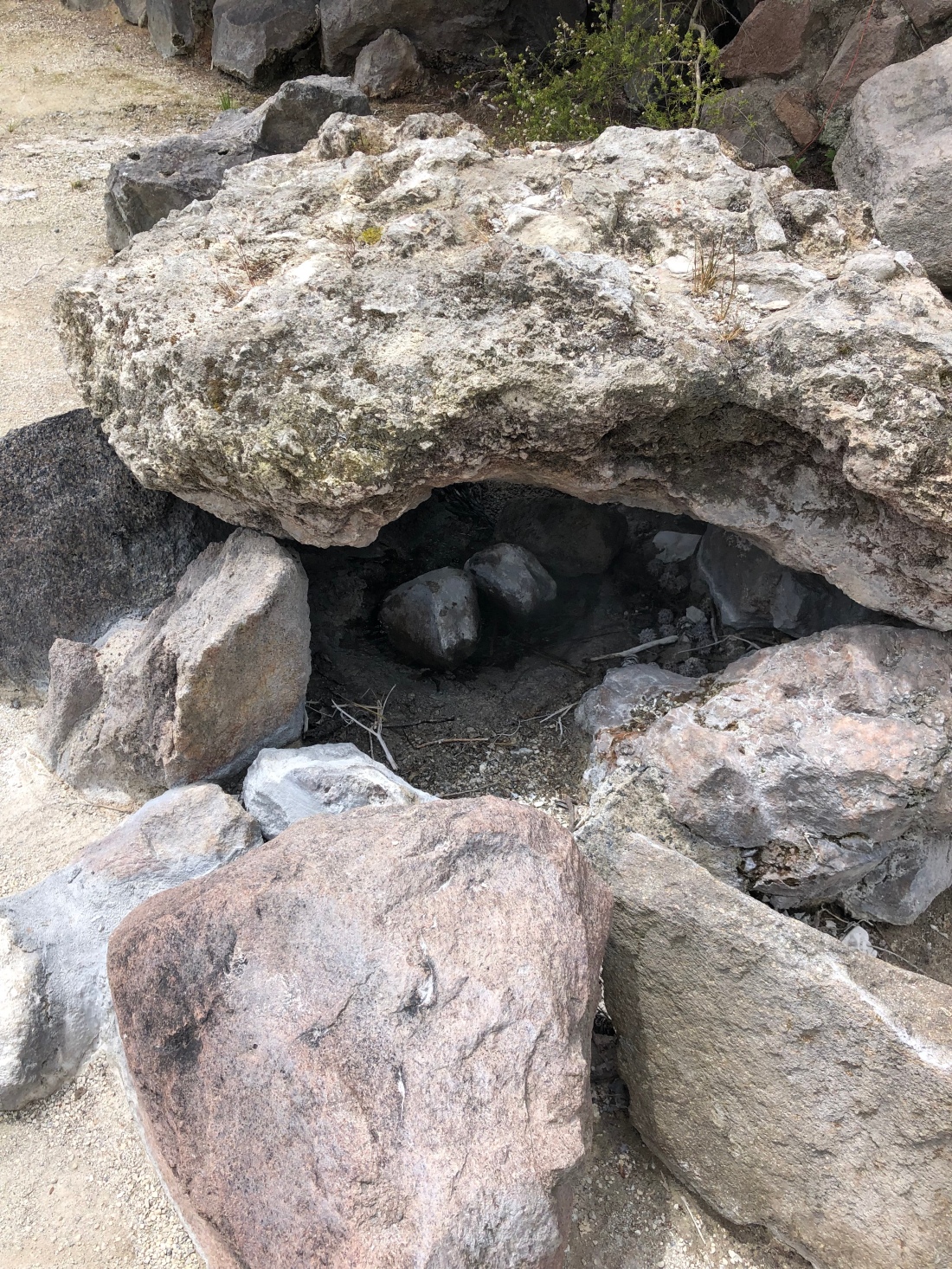 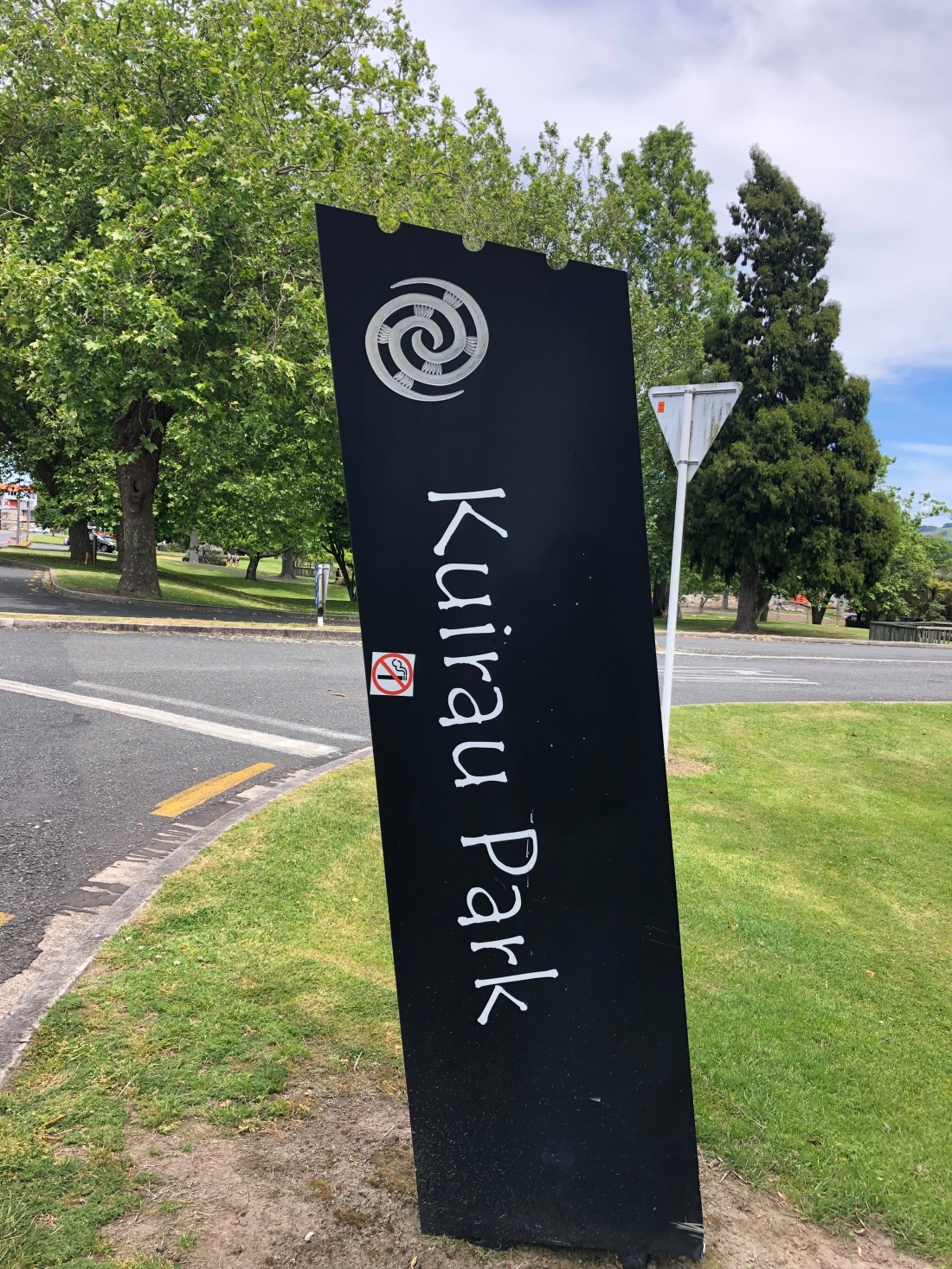 We headed up into town for lunch, where there is a whole road made up of cafes. Not bothering to look at all of them, we chose the first one that we liked the look of (the Artisan Cafe), where we were fed poached eggs on toast, an enormous BLT and chicken strips. It was all very tasty and almost worth the NZ$60 price tag. 😳 During lunch we spotted a little girl wearing the same rainbow dress that Bugsy has which was quite unexpected! We guessed they must be English, but didn’t have time to exchange words, as they decided not to stop for coffee and go for an ice cream instead. 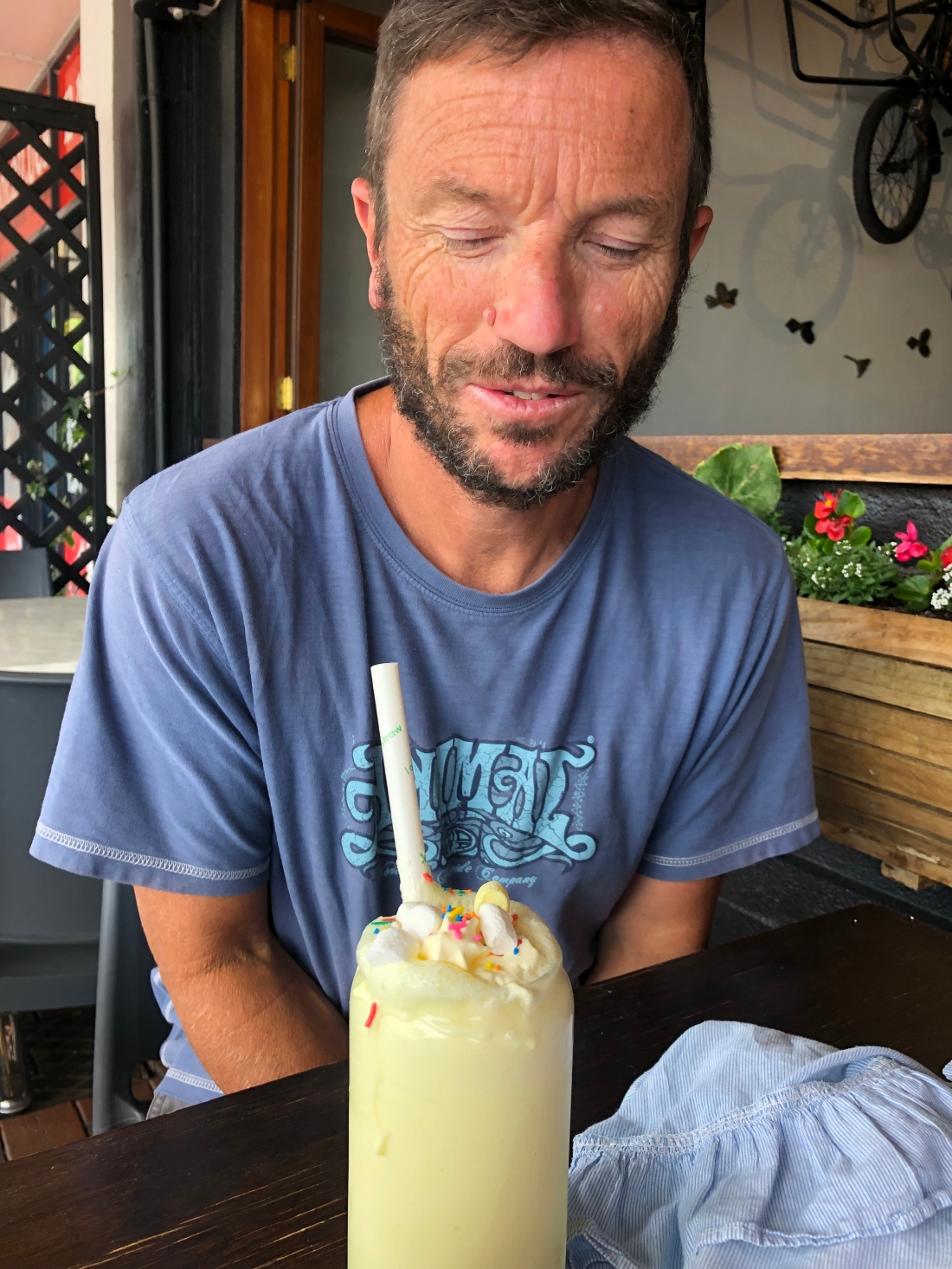 As it happened, having an ice cream was next on our list and we ambled happily down through “Eat Streat”, an undercover dining area, lined with different bars and restaurants, to Jane’s Parlour at the end of the row. Cornelia had her predictable chocolate ice cream and today, I tried the lemon cheesecake. We sat outside in the warmth, eating them as quickly as we could before they melted away! 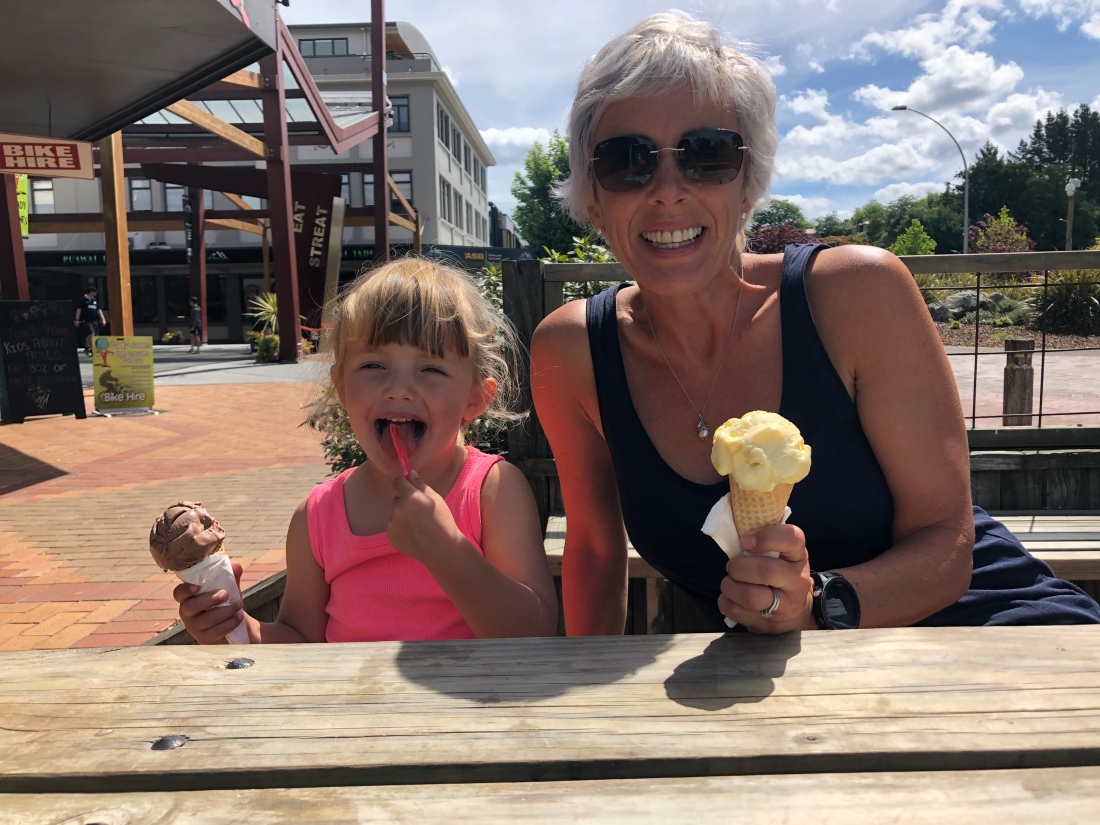 Energy levels full, we paced back to the bus stop to catch our bus back to the campsite. We had enough time for Cornelia to play in the park she’d been so desperate to visit earlier, and I nipped into the excellent Tourist Info Centre, collecting a dozen or so more leaflets for other areas of New Zealand.

Our return journey was uneventful, and as soon as we were back, I headed out for a run, while Ian took Bugsy to our on-site playground, and then for a swim. I had a nice run, and listened to some music for a change while I ran, which helped pass the time. I am very much looking forward to having my full fitness back! 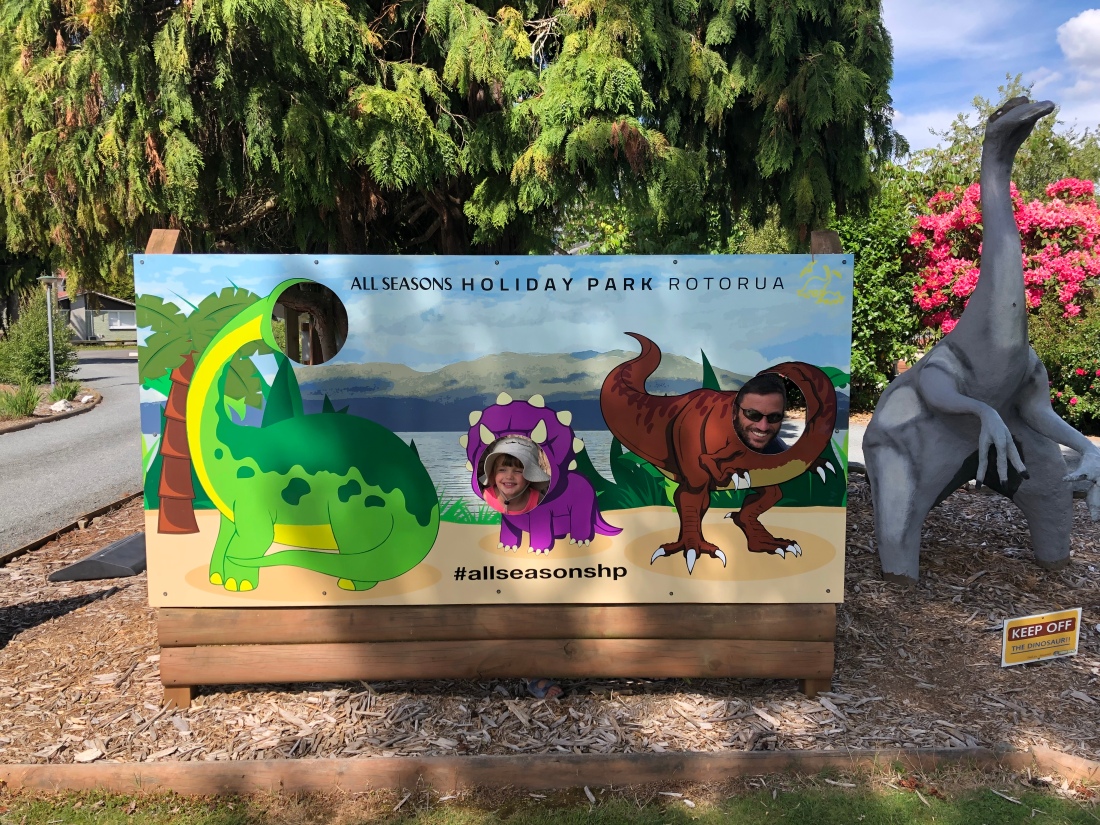 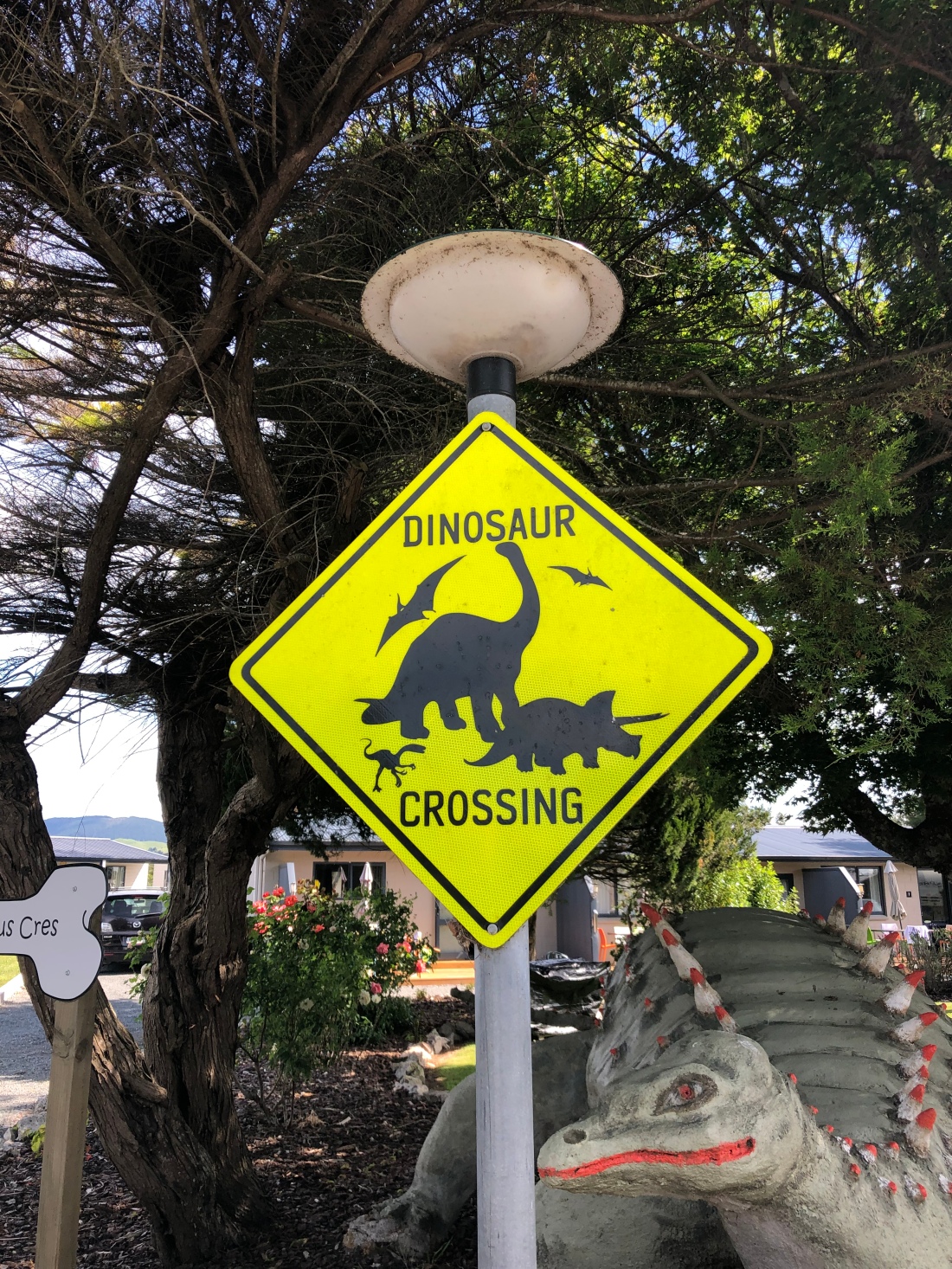 I stopped off at the pool when I had finished my run and found Ian and Bugsy having a brilliant time together. She was climbing out of the pool and up the ladder to a slide that whizzed her into the water! Over and over again! There was another little girl doing exactly the same, and wearing an identical swimsuit! Must’ve been the day for matching outfits! I gave them a ten minute warning to come back for tea, then went back to the RV.

By the time they were out of the water and had come back, I had boiled the potatoes but that was all I had done, as I knew Ian wanted to go for a run too. While he was out, Bugsy and I played catch and fetch (she was Fido again). When Ian had finished his run, he took over playing with our new talking pet dog while I finished off supper. She ate everything on her plate and was ready for a shower and her bed. I took her off and Ian did the washing up, and after we’d showered, I did her bedtime stories and cuddled her until Ian came back from his shower. He told her a Mumfi story while I poured myself a gin, and after a few minutes of faffing around, she was sound asleep.

Ian and I made use of our remaining data to update ourselves on the terrible California wildfires and messy Brexit latest, before retiring unusually early!

One thought on “Hubble Bubble”