Bugsy woke up at 08:15, having slept through the night. I went up into her bed for a cuddle and she was quite cold, which is unusual for her!

We had breakfast and Cornelia raced off to the playground as there were a couple of kids there and she was keen to make some new friends! Sure enough, we soon heard her laughing away happily. Unfortunately, as we needed to get to the caves well before 10:00, I asked Ian to tell her that she needed to come back to the RV with him, on his way back from the bathroom. But when he returned, he was without Bugsy – she’d been having so much fun, he hadn’t wanted to take her away and had given her an extra two minutes. I went over to extract her, and ended up talking to the kids’ parents, who are coming to the end of a nine week trip around New Zealand! I asked about their favourite places and recommendations for kids, as their children are a similar age: Jarvis is six, and Milla is four. So we gave up aiming for a 09:00 exit from the camp! 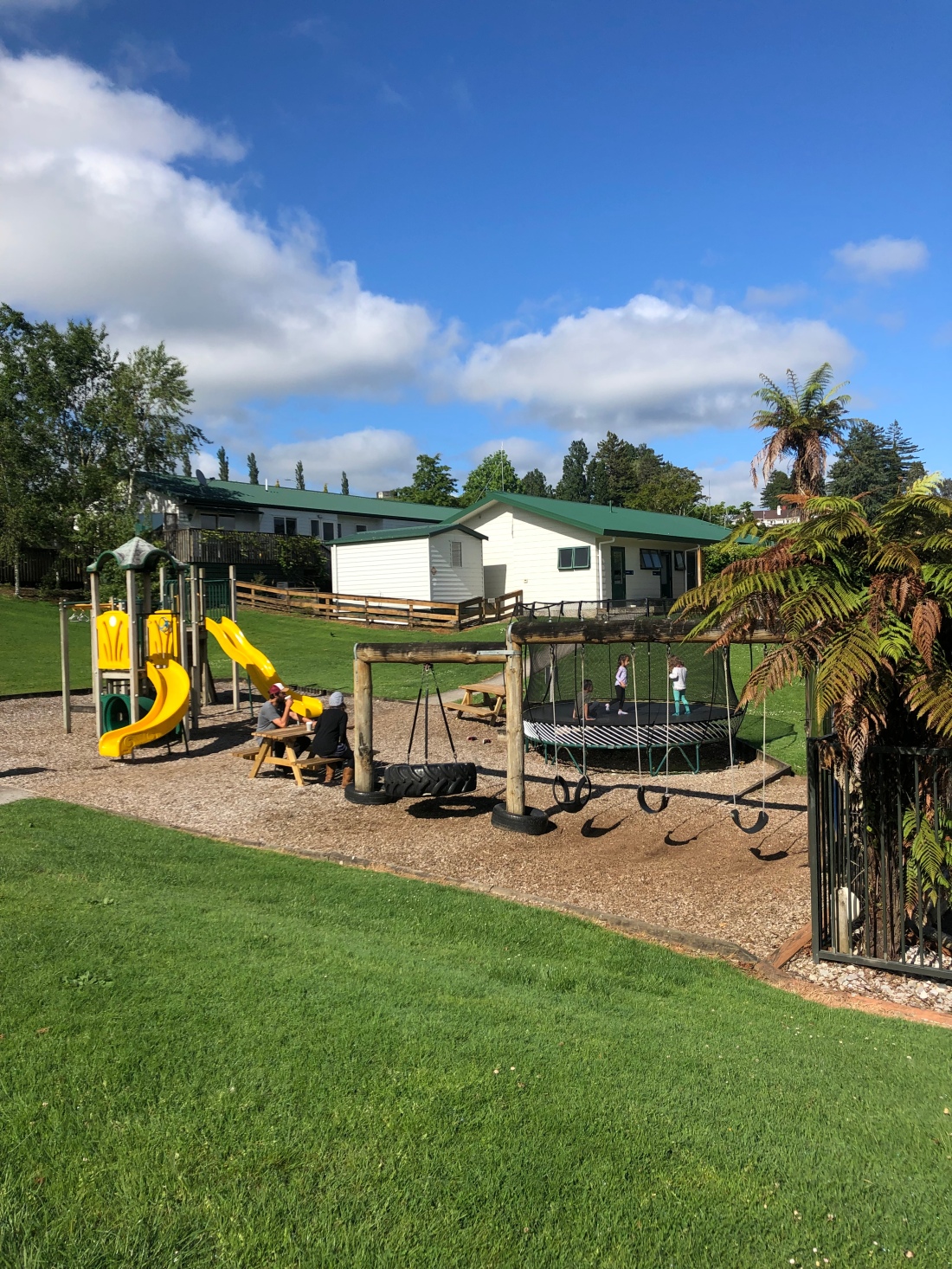 The other family were also going to the caves and had booked on to the 10:45 session, so we dragged ourselves away and drove off to the car park, a mere 600 metres away. Through the tunnel and up to the entrance where there was (promisingly) no queue for the caves. I asked when their next available tour was and, brilliantly, it was 10:45! Cornelia was delighted about this, as was I, and we had a coffee/tea/warm milk while we waited for them to arrive. Cornelia spied Jarvis and Milla and ran up to say hello, but they were having their photos taken and did not answer her. She came back to me quite sadly and said “I saw them and they saw me, but they just looked away!” I had to explain to her that they’d been having photos etc, and I was sure we would see them in a bit. Sure enough, we all found each other and all three kids got on like a house on fire. Caryn and Neil live in Perth, which is the last place in Australia that we shall be visiting, so we had loads to talk about before the tour started. Cornelia and Milla walked off together holding hands – it was so sweet! And we took photos galore, as you can imagine! 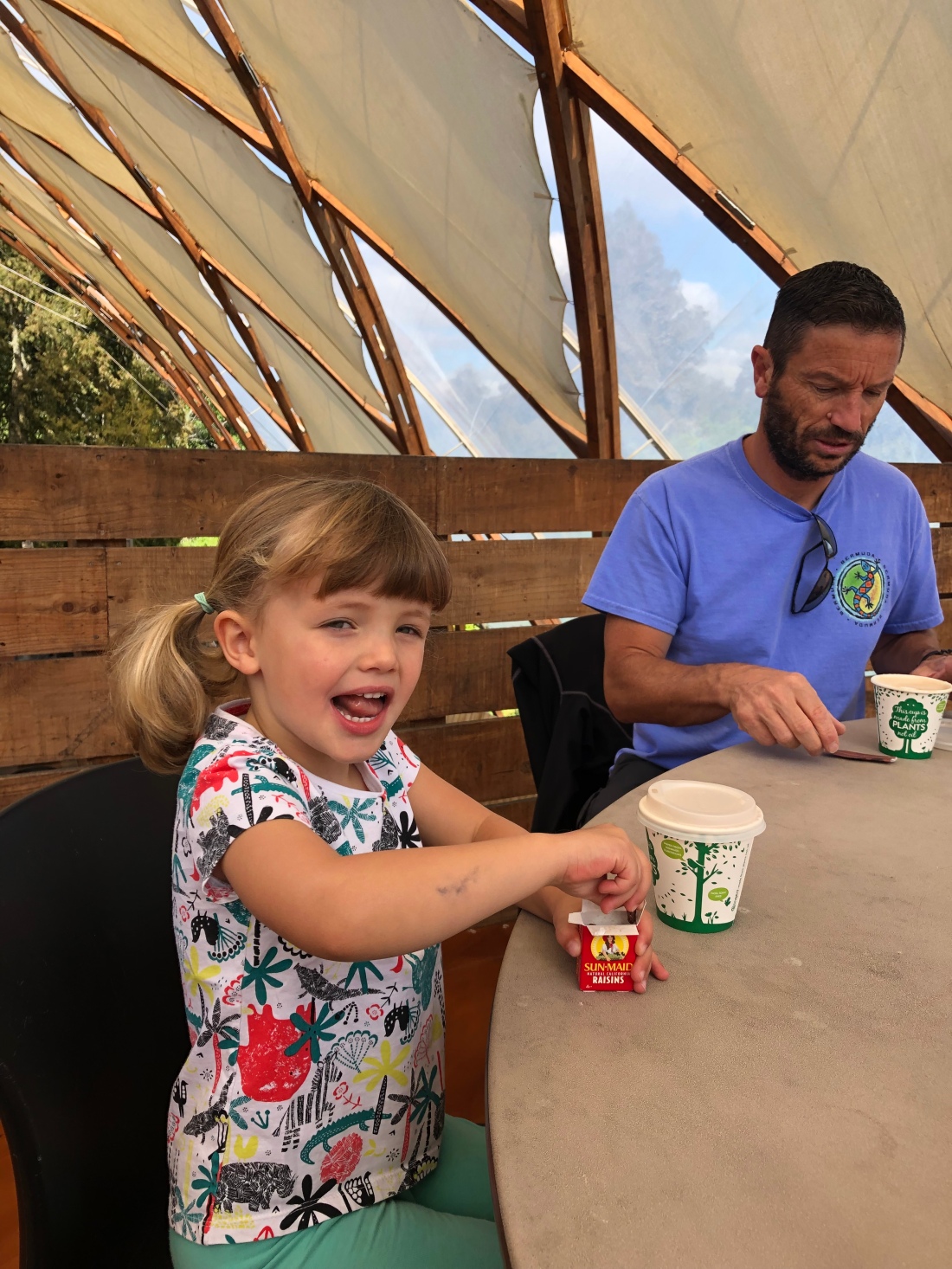 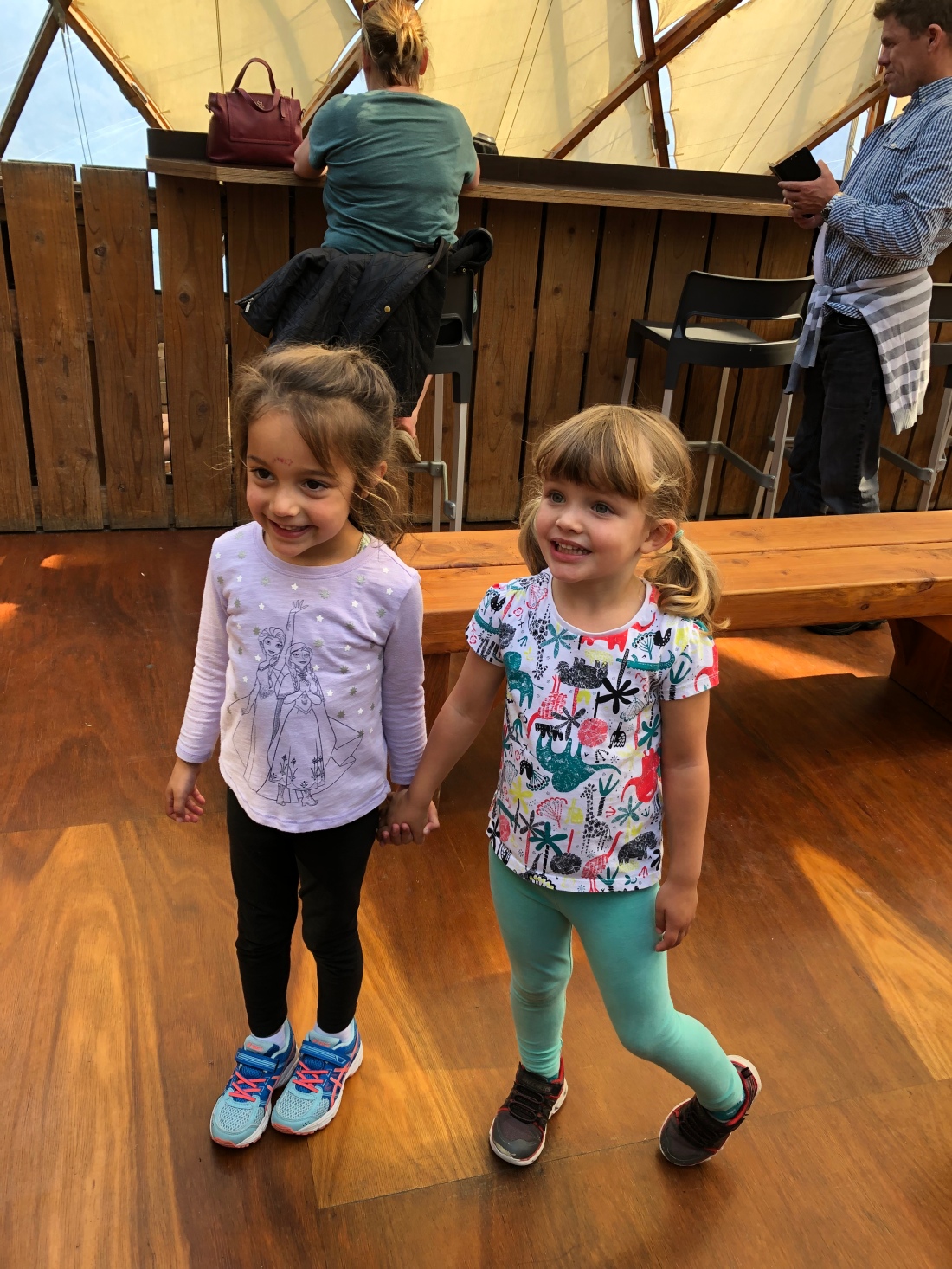 The tour of Waitomo Glow Worm Caves was incredibly special. You walk through the caves initially, gazing at the tiny lights adorning the roof of the caves, before descending to the river and taking a boat trip through the caves and out to the jetty. The caves themselves were first explored in 1887 by the local Maori Chief and a British surveyor. There are incredible photos of Victorian women dressed in their clothes of the time (including hats!) and back then, there were no steps and lights to assist and guide you – it was all done by feel and by climbing ropes. They must’ve been very hardcore and it must’ve been quite an achievement! We, however, were lucky enough to have steps and soft lighting and an excellent guide, George, to guide us. Many of the people who work at the caves are descendants from either the Maori Chief or his wife. We spent some time in The Cathedral, a large cave with incredible acoustics. George asked anyone to sing a song, but typically everyone stayed silent. I was desperately trying to think of something that felt appropriate before Milla started singing Happy Birthday in Maori. It was beautiful and perfect! She had learned it just the other day and George was touched that she had made the effort and sung so sweetly. The boat trip was magical – a silent glide through the water, staring up at the sparkles that were not stars, but glow worms. In fact, they are little insects (fungus gnats, to be precise, unique to New Zealand) that are luminescent, and the more they eat, the brighter they become. No other creature on earth is like them, and it was extraordinary. 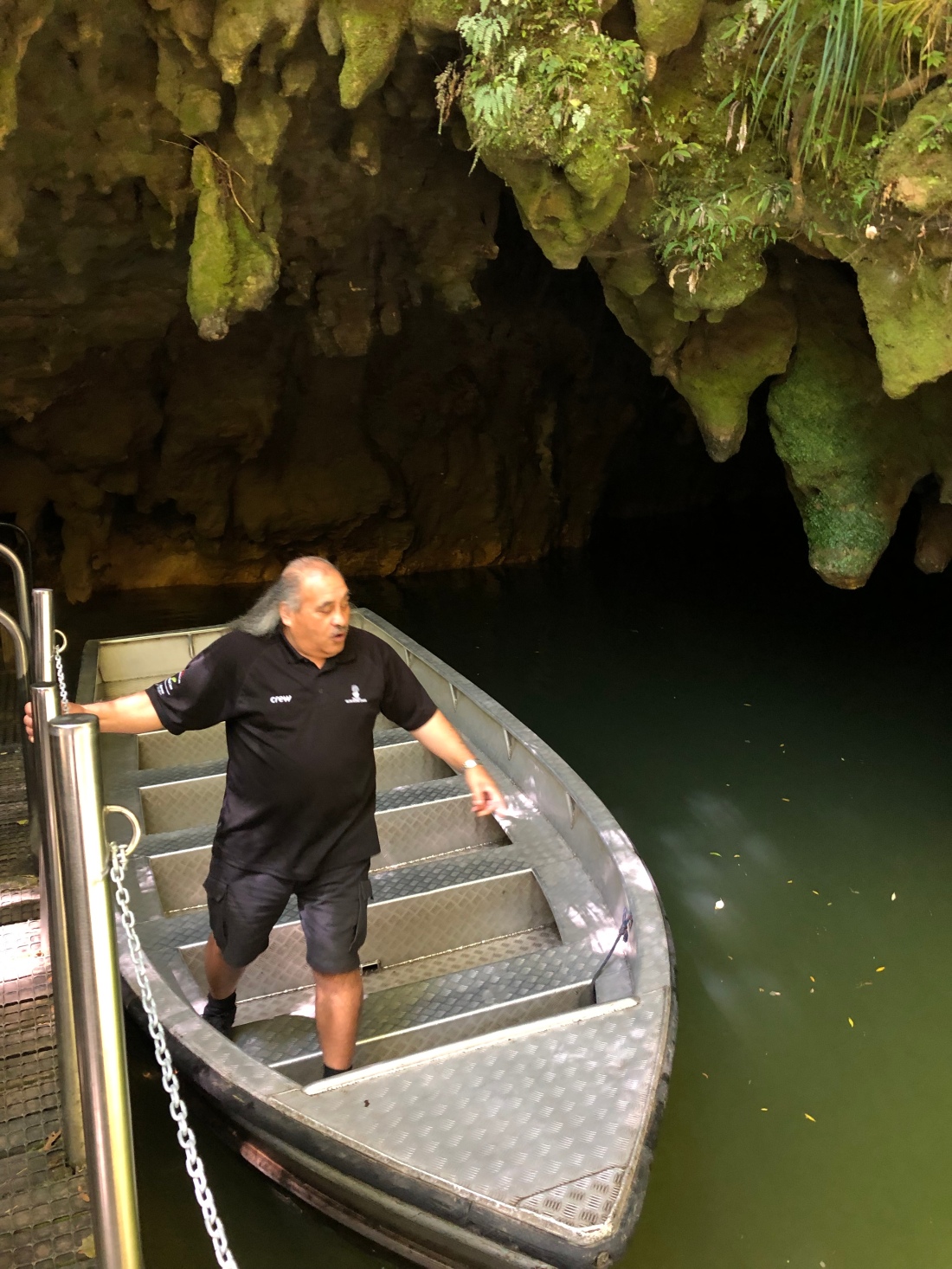 Having finished the boat trip, we were all keen to hang out a bit longer and let the kids play some more, and Cornelia reminded me that I’d said she could have a chocolate muffin (she never forgets a bloody thing, that girl!) so we all had drinks and cake, and heard all about their experiences in New Zealand, taking away some very useful suggestions. 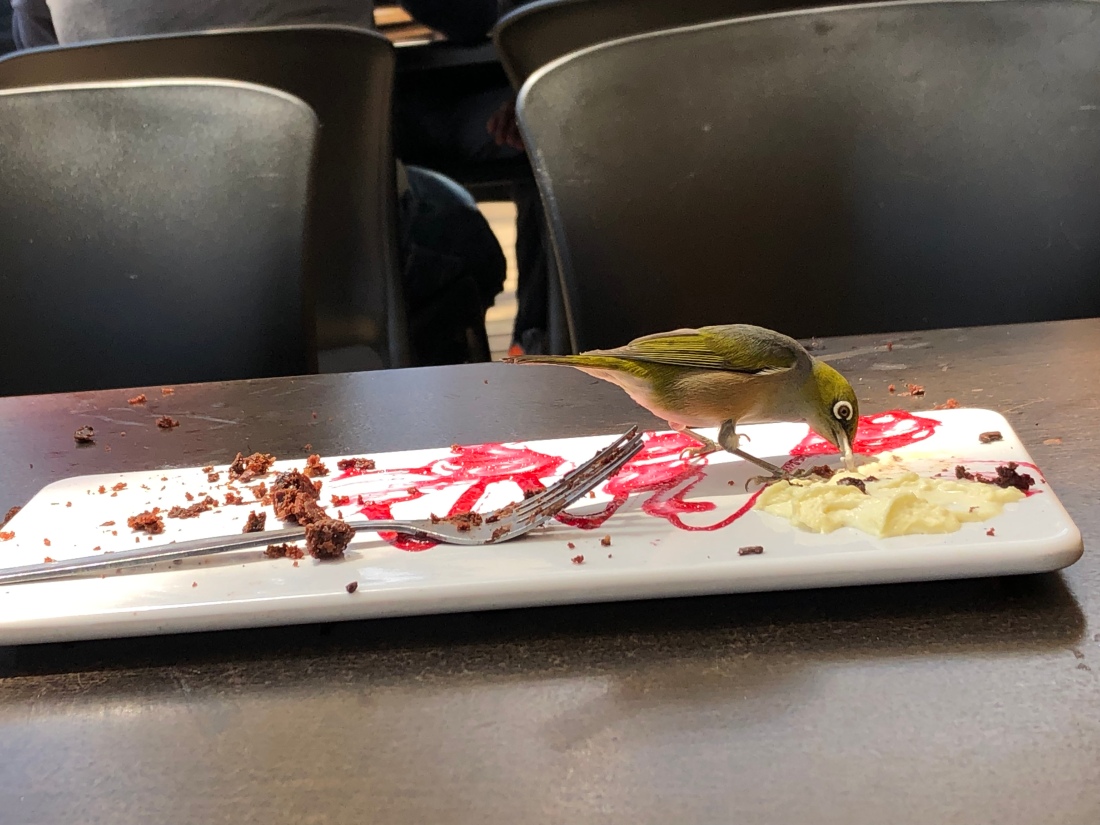 While the grown ups chatted, Cornelia was playing with Milla, and came back gasping to Caryn “She’s trapped! She’s trapped!” I could tell immediately that Cornelia had her play-acting voice on and was probably playing Rapunzel or something with Milla, but of course, Caryn doesn’t know that voice and leapt up. I managed to reassure her quickly (with Bugsy’s confirmation) that all was well and told Bugsy not to do that again without warning us she was playing!

The girls then went off to the loo with Caryn who came back quickly to tell me that Cornelia was asking for me. I was in the bathroom then when Milla locked the door, and then couldn’t unlock it. I had to use the buckle of my watch strap to do it, but luckily she wasn’t freaking out about being stuck, and Cornelia sat very patiently waiting to have her bottom wiped. (She can do this herself, by the way, but sometimes she just doesn’t want to, and rather than make a “thing” of it, every now and then, I oblige!)

After the restroom excitement, it was time for us to say our sad goodbyes, and both girls were terribly upset to say farewell. But hopefully, we will hook up again in Perth for a play date and they were both very happy with that idea. The exit was marvellously placed through the gift shop, where Ian had to wait outside so he didn’t dampen my enthusiasm for a bit of glow worm shopping! Cornelia now has a new bedtime story and a new Gang member – Gooey, the glow worm. Oh, and a glow in the dark T-shirt, which was Ian’s surprise contribution to my shopping bundle!

Setting off, we soon joined State Highway 3 where we were surprised to see an American flag in a field together with the slogan “Pres Trump. Keep America Great!” on it. WTF??!!!

We stopped in PioPio (sadly not POIPOI!) for lunch by a lovely play park, complete with immaculate loos. Ki-Bell was still very smelly, so Ian checked that the loo cassette was inserted properly, which it was, so the vile sewage smell is just a mystery to us. But it is unbearable. 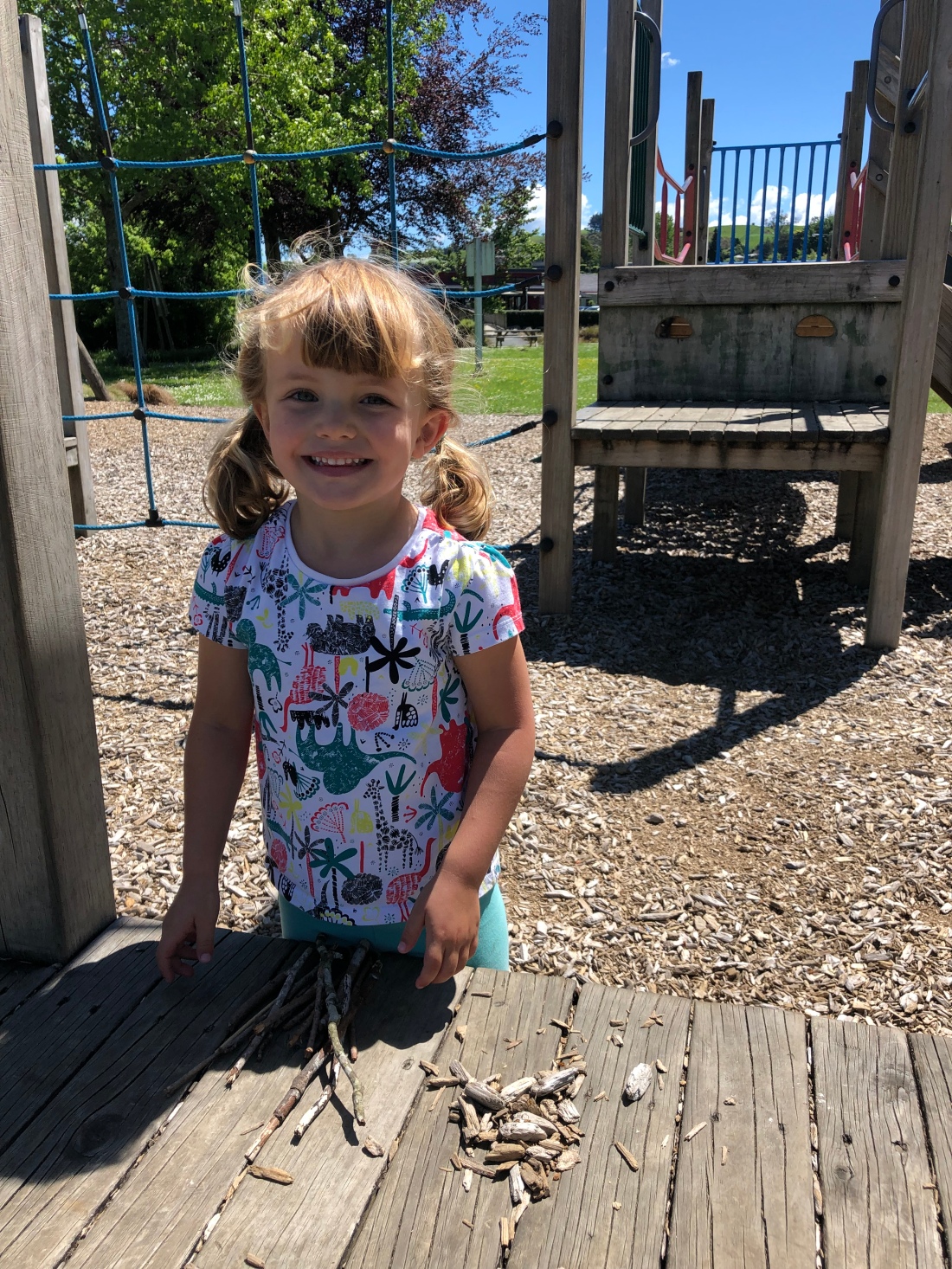 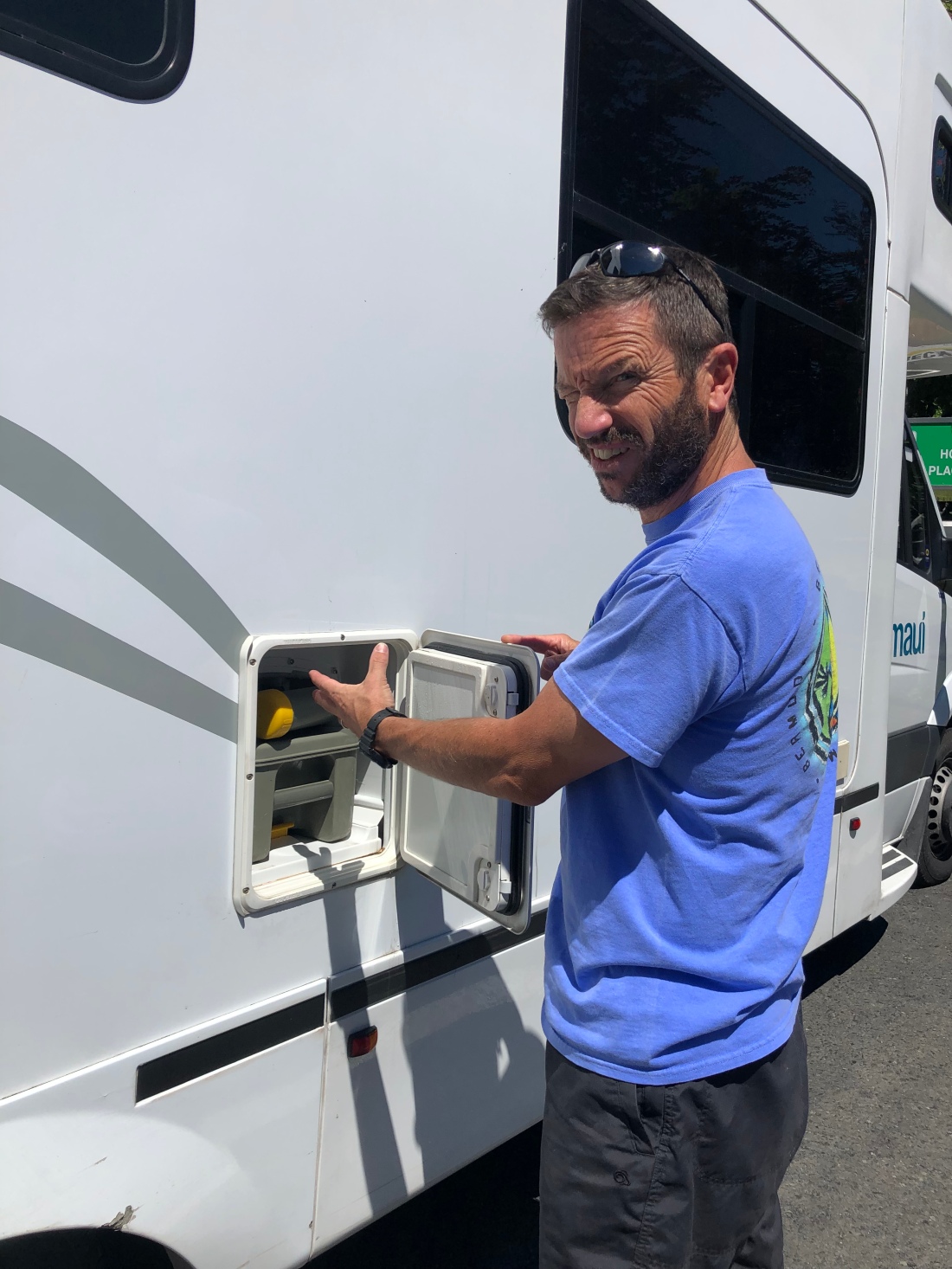 We drove on through Hobbitland, full of lumpy bumpy hills, with sharp edges and ridges, with plenty of cows and sheep, as well as goats and turkeys breaking up the greenery. And then we finally saw the ocean properly for the first time and it took our breath away. It was as spectacular as you might hope, with white sandy beaches, clear blue seas and white-crested waves crashing in. It reminded us of the North Cornwall coastline, but for the boarding letting us know that the “Facial eczema risk factor today” was “low”. Well, thank goodness for that!! 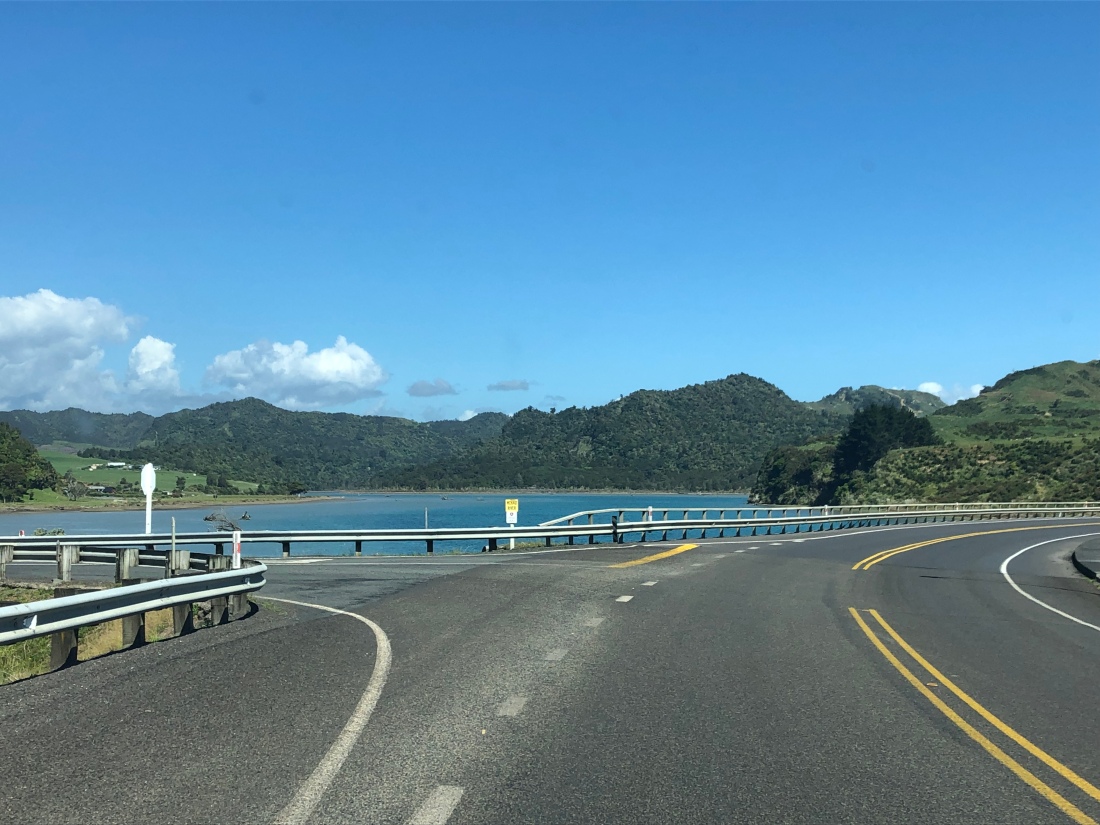 Our campsite, the New Plymouth Top 10, was close to the town, river and sea, and we had a good pitch, right next to the communal kitchen and a small ablution block. Soon after arriving, Ian walked to the supermarket while I made a start on supper, with Bugsy’s help. (She likes to add the various ingredients, and hasn’t knocked off any saucepans yet!) In between cooking, we made a den up in her bed area, trying to get it dark enough so that she could see her new T-shirt glow. Ian came back with tales of his trip to the supermarket (beer and gin have to be bought in liquor stores, choosing an air freshener (he has never bought one before!!) and bathroom cleaner wipes) and then asked if I was going for a run, as the mountain in the background had snowy peaks and looked magnificent in the early evening sun now the clouds had lifted. That was all the persuasion I needed, and once the bolognese was cooked, Ian took Bugsy to the on-site park to play giant chess and bounce on the trampoline, while I went for my third little run in as many days. He was right – seeing the distant Mount Taranaki complete with snowy peak was marvellous. It looked superimposed in the background of the greenery and river, along which I was running. 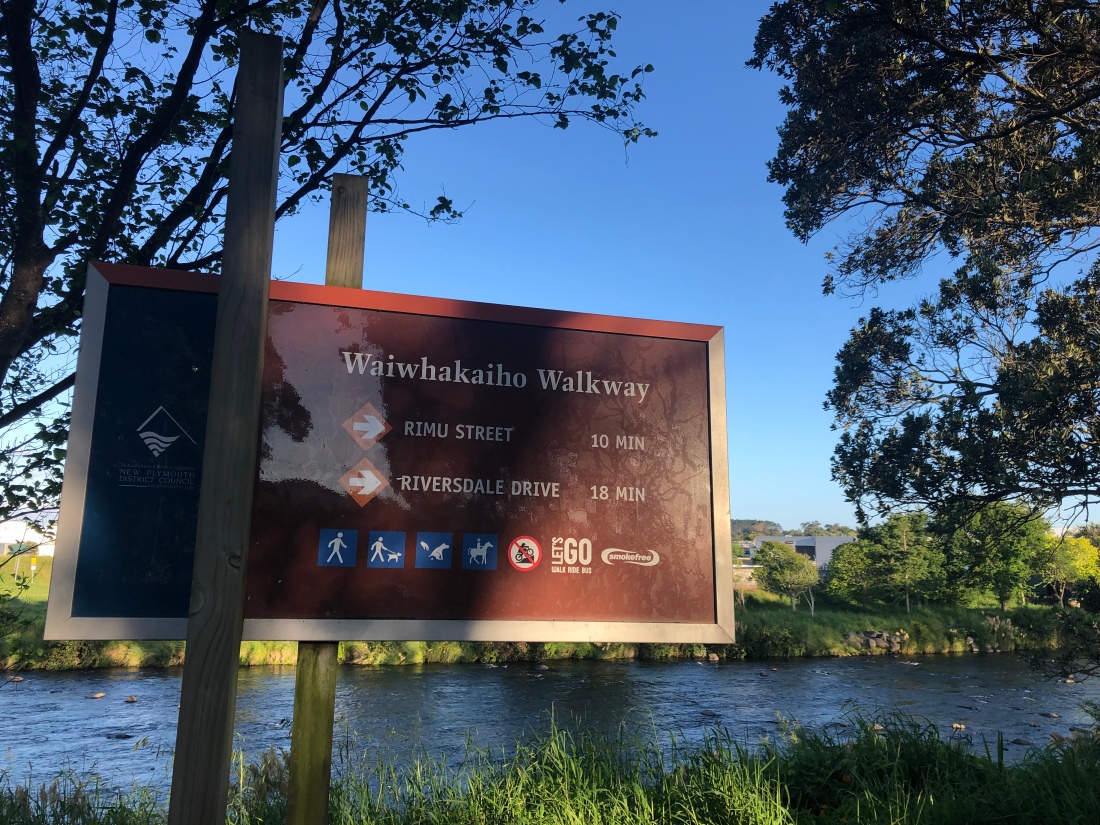 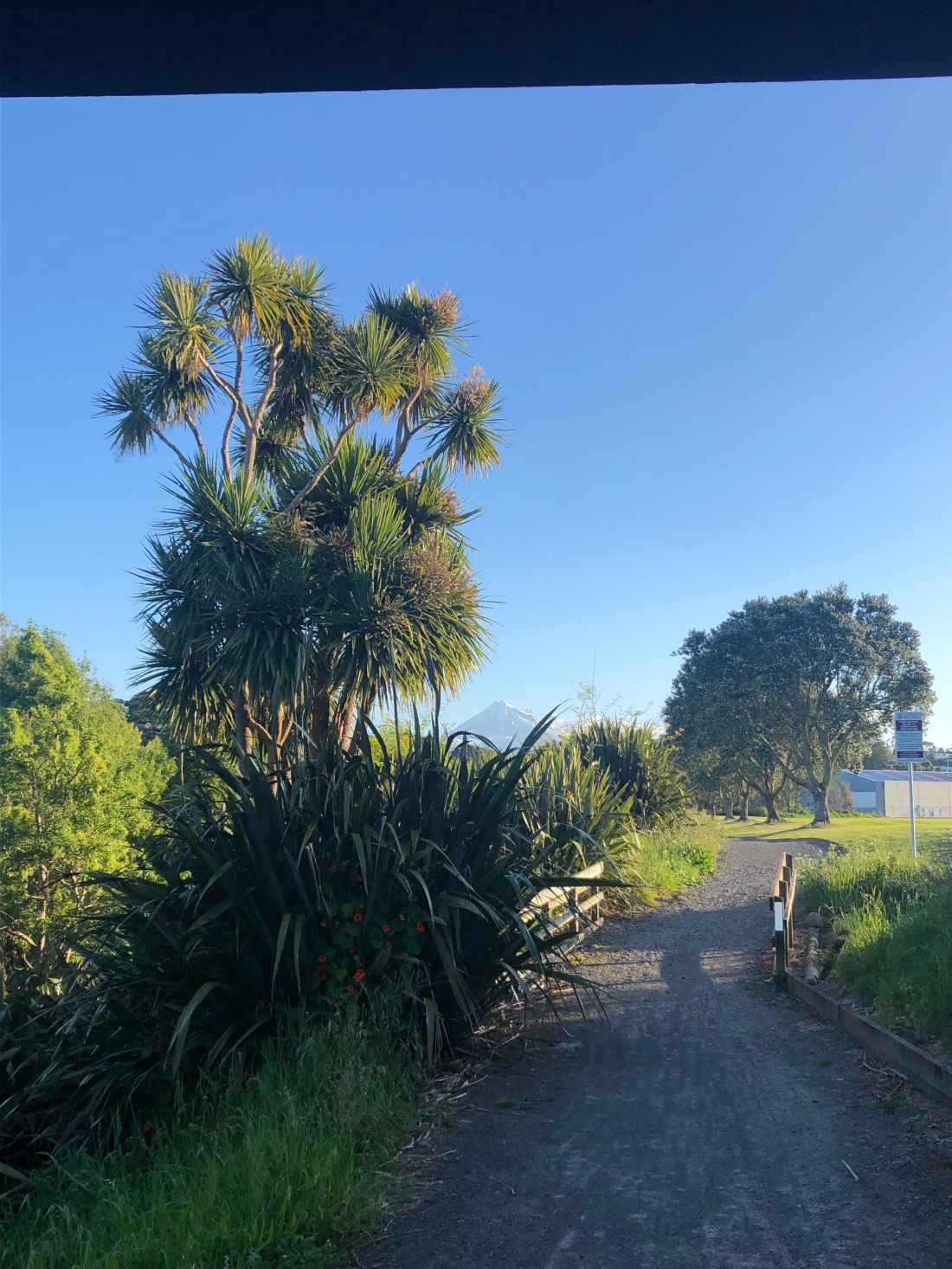 Back at camp, I cooked the pasta while they finished playing, and soon we all sat down together to enjoy our regular and reliable pasta bolognese.

Bugsy was tired, so I took her off for a quick shower with me, and we had a lovely easy bedtime with her new glow worm book, a quick cuddle and the promise of another one when I went to bed.

Ian and I took advantage of the WiFi to book the next few days of camping, which was successful, and then just browsed the internet, and updating ourselves on the news and social media!

One thought on “Arachnocampa luminosa”