Another day in Boston, another 7am wake up from two extraordinarily loud helicopters. Ian could see the reflections in the glass of the buildings opposite and said it looked as if they were delivering something huge and heavy. They were there for over an hour, so any idea that we might fall back to sleep disappeared, especially as the noise had woken Cornelia too.

After some initial procrastination, Ian took himself off for a run, and Bugsy and I hung out in the room, watching TV and doing her scrapbook together. Once he’d returned and showered, we went out for breakfast and aimed for the South Street Diner, which Ian had researched and which scored really highly in the various review websites. It shouldn’t have been a long walk but Bugsy was taking her time, looking at all the things four year olds like to look at at, and it was nearly 10:30 by the time we arrived and found the queue outside on the sidewalk, as you would expect for a highly-rated establishment! 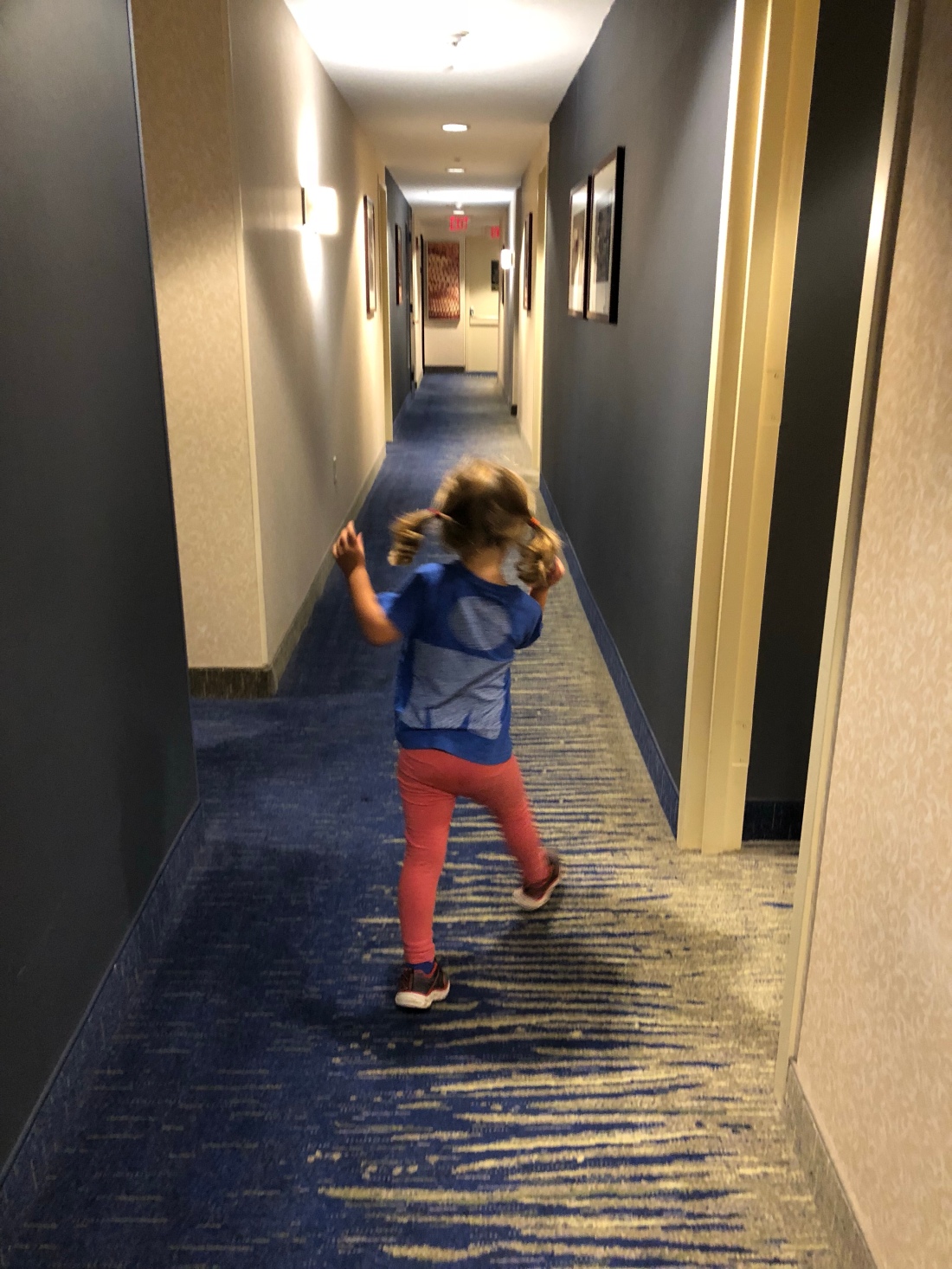 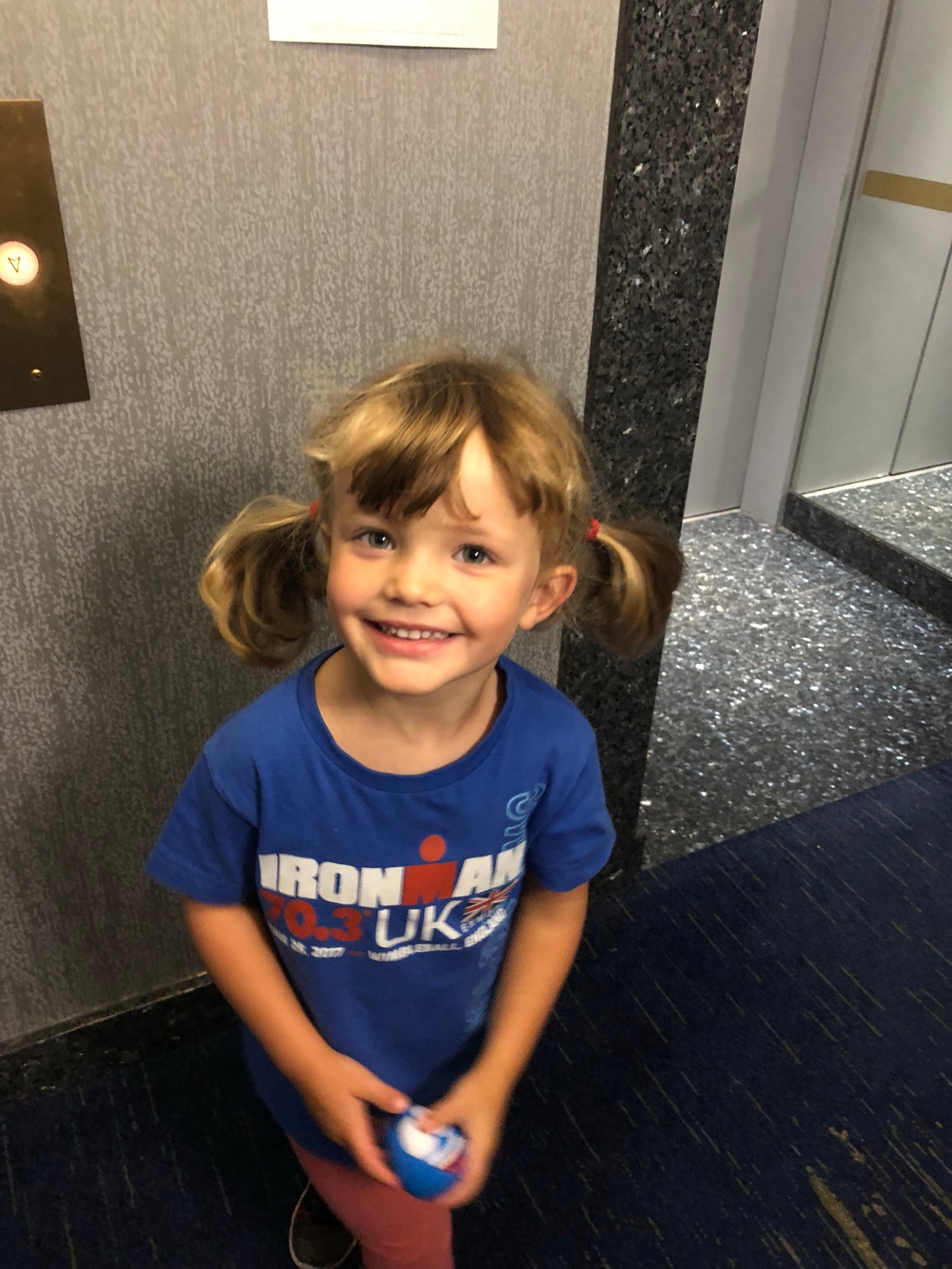 I registered our name, and actually the wait wasn’t nearly as long as we thought it might be – just about twenty minutes – during which time, we’d browsed the menu and made our choices. Cornelia was easy – she just wanted chocolate chip pancakes, as it’s our last American breakfast, we couldn’t deny her this! I had cinnamon raisin French Toast, and Ian had the works… 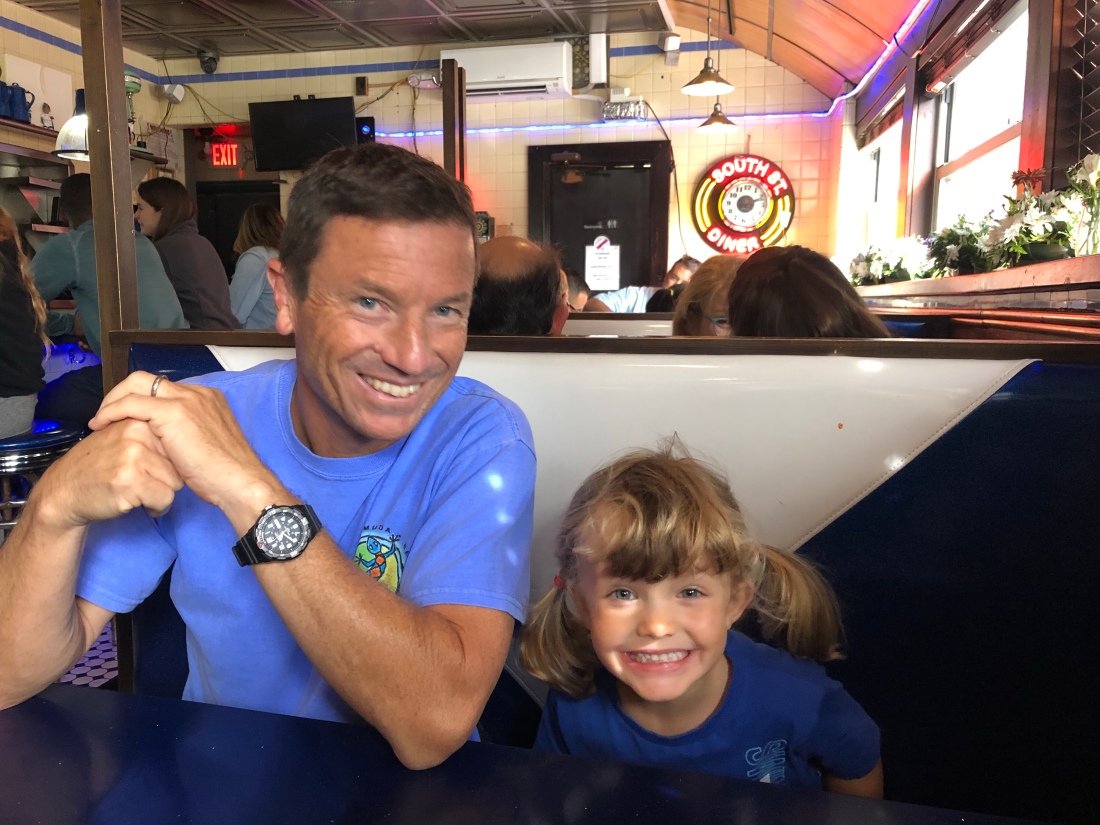 The manager/owner (I presume) was a fabulous man, larger than life in so many wonderful ways. He was one of the happiest, kindest, most charming human beings we’ve encountered so far. He referred to us as “Proper”, (as opposed to Minnesota and Florida on adjacent tables), and called Bugsy his ray of sunshine of the day. He was also hilarious and quick-witted. A police officer came in and had asked him if he knew who the driver of a black VW parked illegally was, giving the owner a chance to move it before it were towed. In the loudest voice you’ve ever heard, he silenced the whole room, booming “Is the owner of the black VW here?” At which the officer says “Gee, I wish I had a voice like yours.” Quick as a flash, he replies “Give me your badge and your gun and I reckon we could get something working!” The diner has been featured in quite a few movies too, apparently, most recently Batgirl. It’s a very small place and the food was average, as opposed to spectacular, but the overall ambience more than made up for any slack. 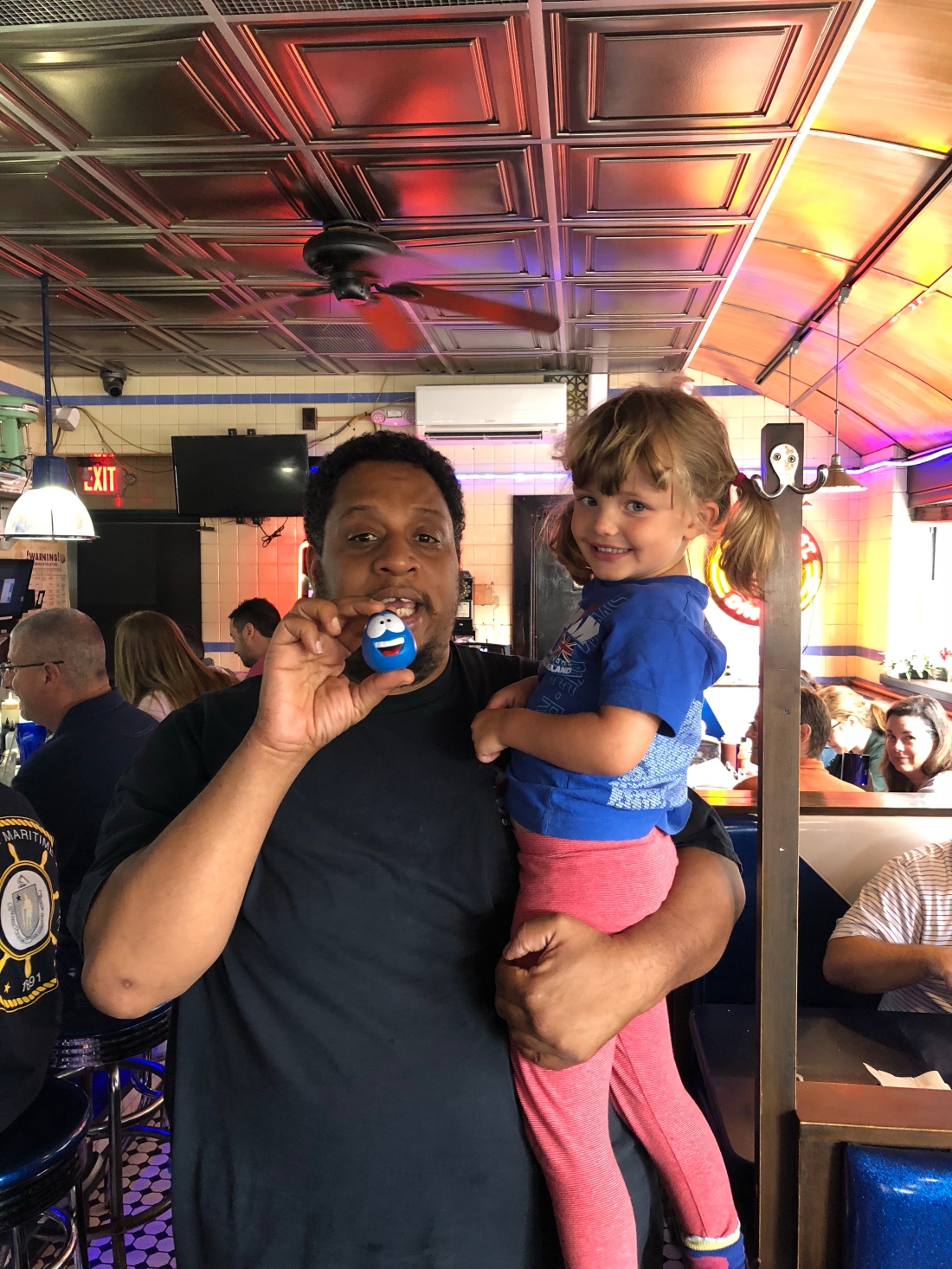 After breakfast/brunch, we walked over to Boston Common via Chinatown, and to Tadpole Playground, where Cornelia exhausted herself quickly before needing to recover on the carousel! She was just about tall enough to ride by herself, but I think Ian secretly wanted to go on too, as he insisted on joining her, standing supportively next to her glamorous dragon! 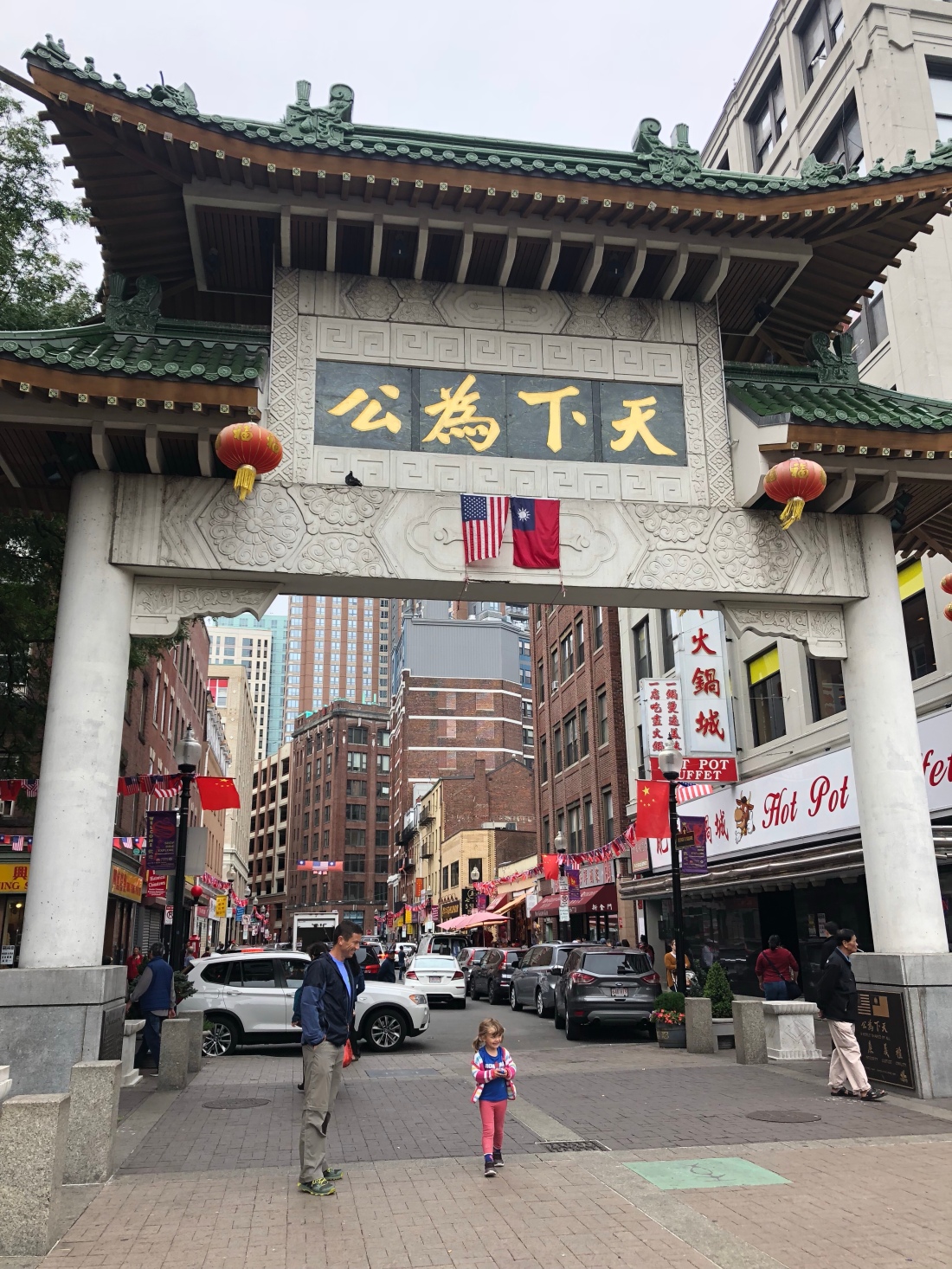 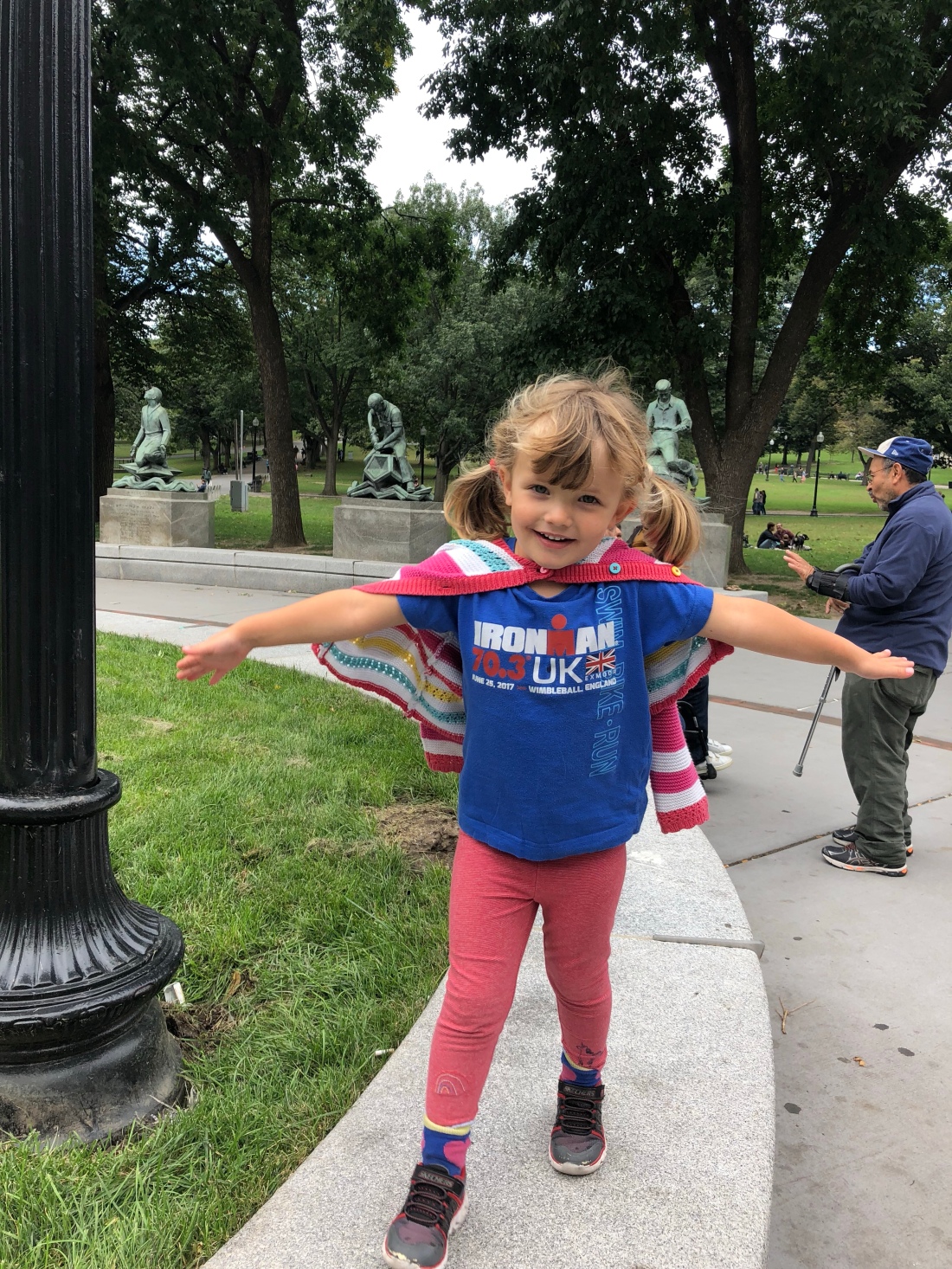 With her energy restored, we continued our exploration of Boston, wandering through the classic cars on show (at Ian’s request!) and following some of the Freedom Trail through the market place where we encountered various street performers, stopping for longest at the pogo stick guy, who was really funny. He was great with the audience, who responded equally well, but one of his gags (suddenly jumping and shouting “Raar!” at a group) made a little boy burst into tears, which somehow just made everything even funnier. Anyway, you probably had to be there, but we were all laughing a lot, and he earned his $5 from us (albeit not the $10 he’d probably been hoping for!). 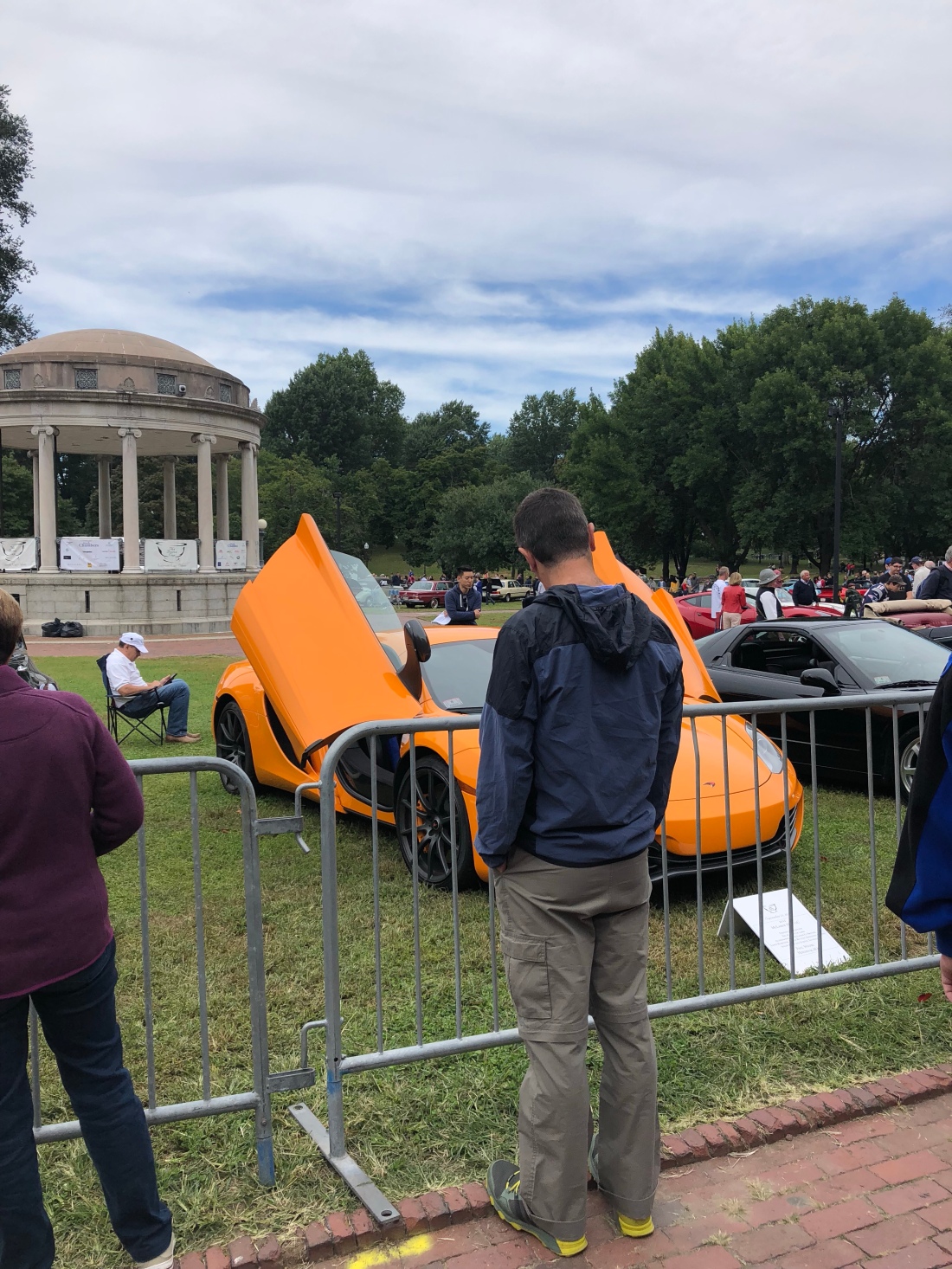 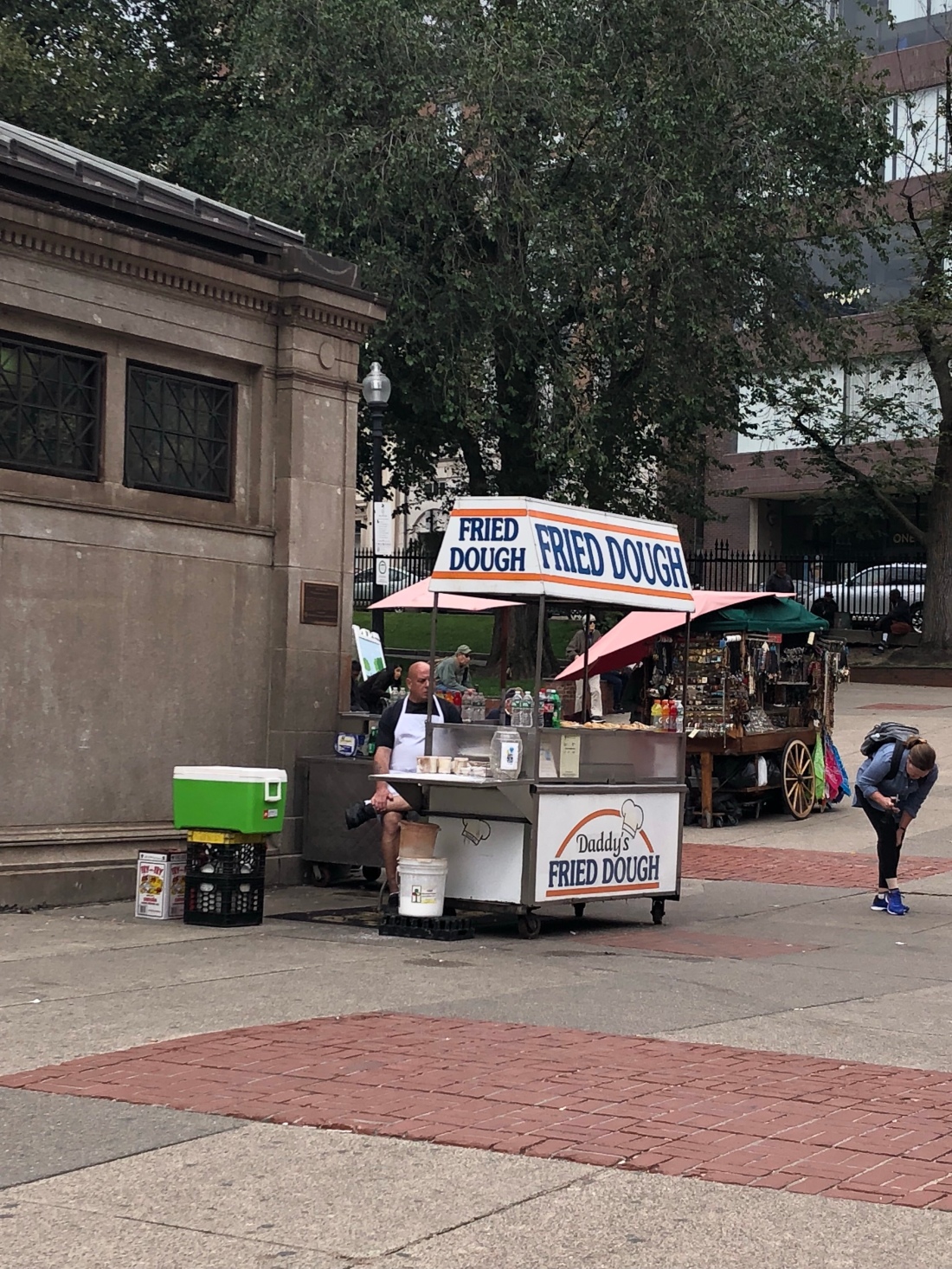 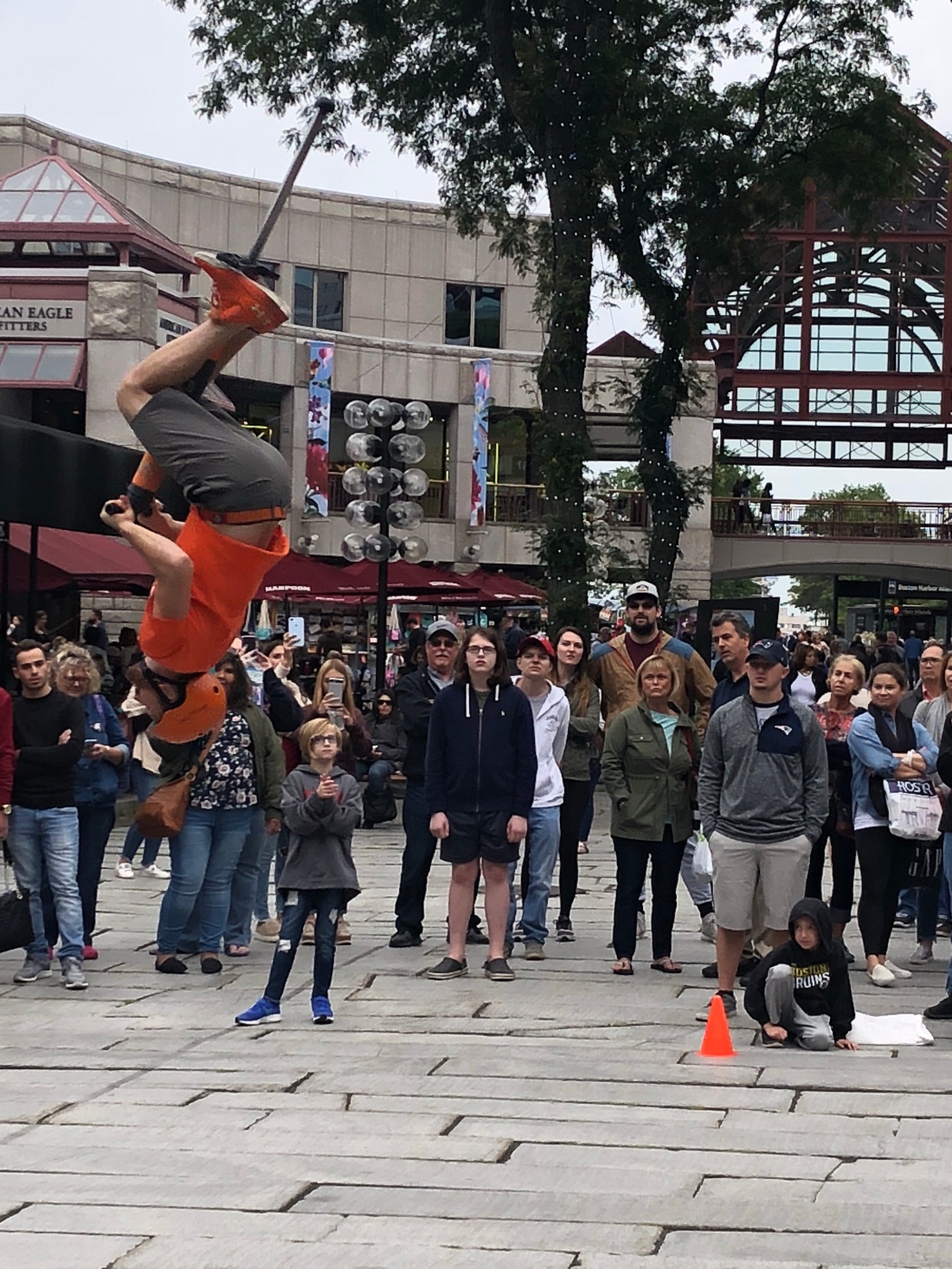 As we’d had such a late and large breakfast, we weren’t in the mood for lunch, but Bugsy was rather hoping for an ice cream, which we promised she could have if she walked to the ice cream shop. We thought there would be one down at the waterfront, but despite our search, we couldn’t find one anywhere! Bless her, she kept on walking until finally we stumbled upon an Italian street party, filled with food stalls and (thankfully) an ice cream stand. We found a sidewalk kerb and sat down to enjoy it, enjoying all the music and noise around us, which was about as Italian as it could be. It was brilliant. 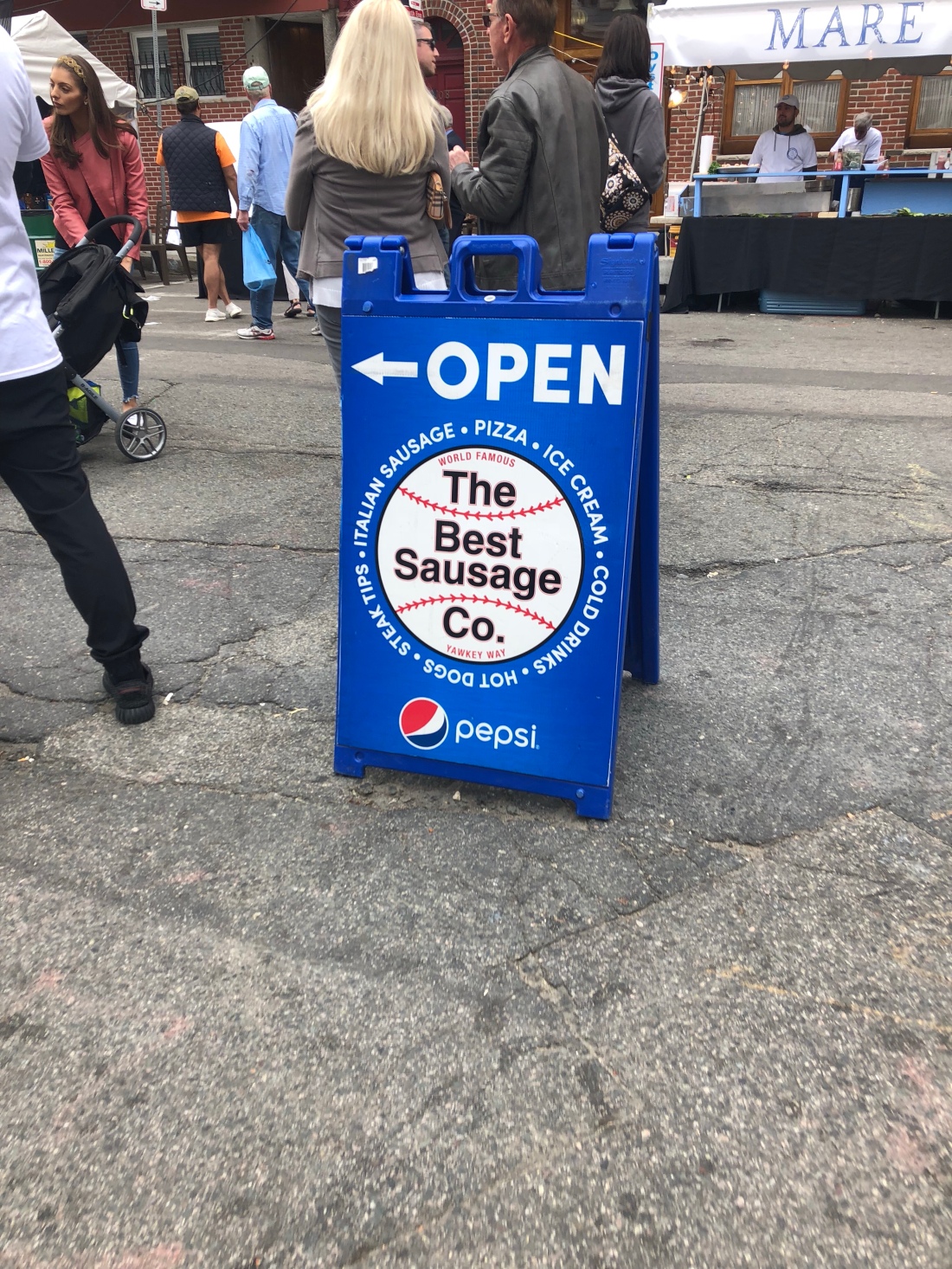 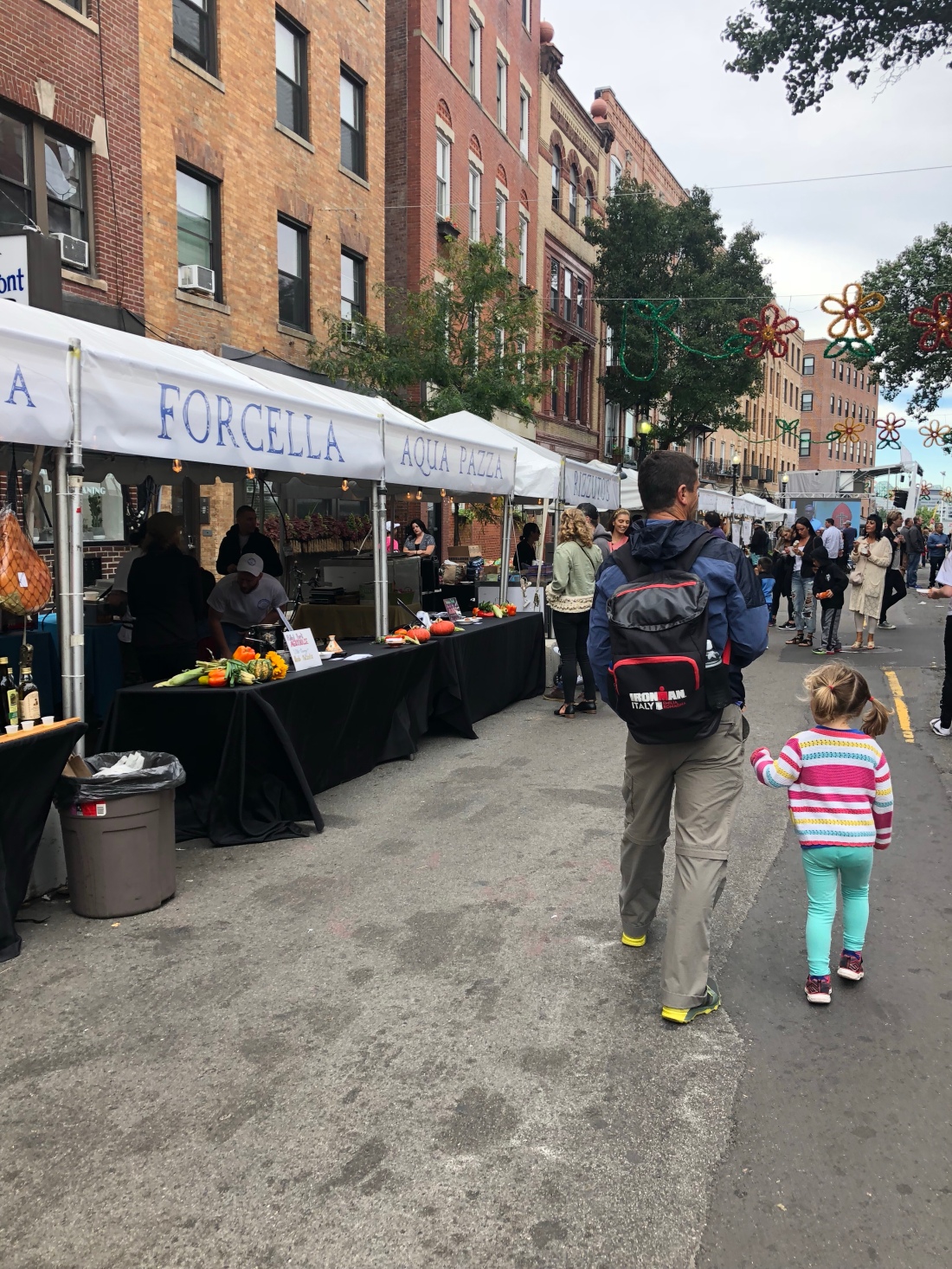 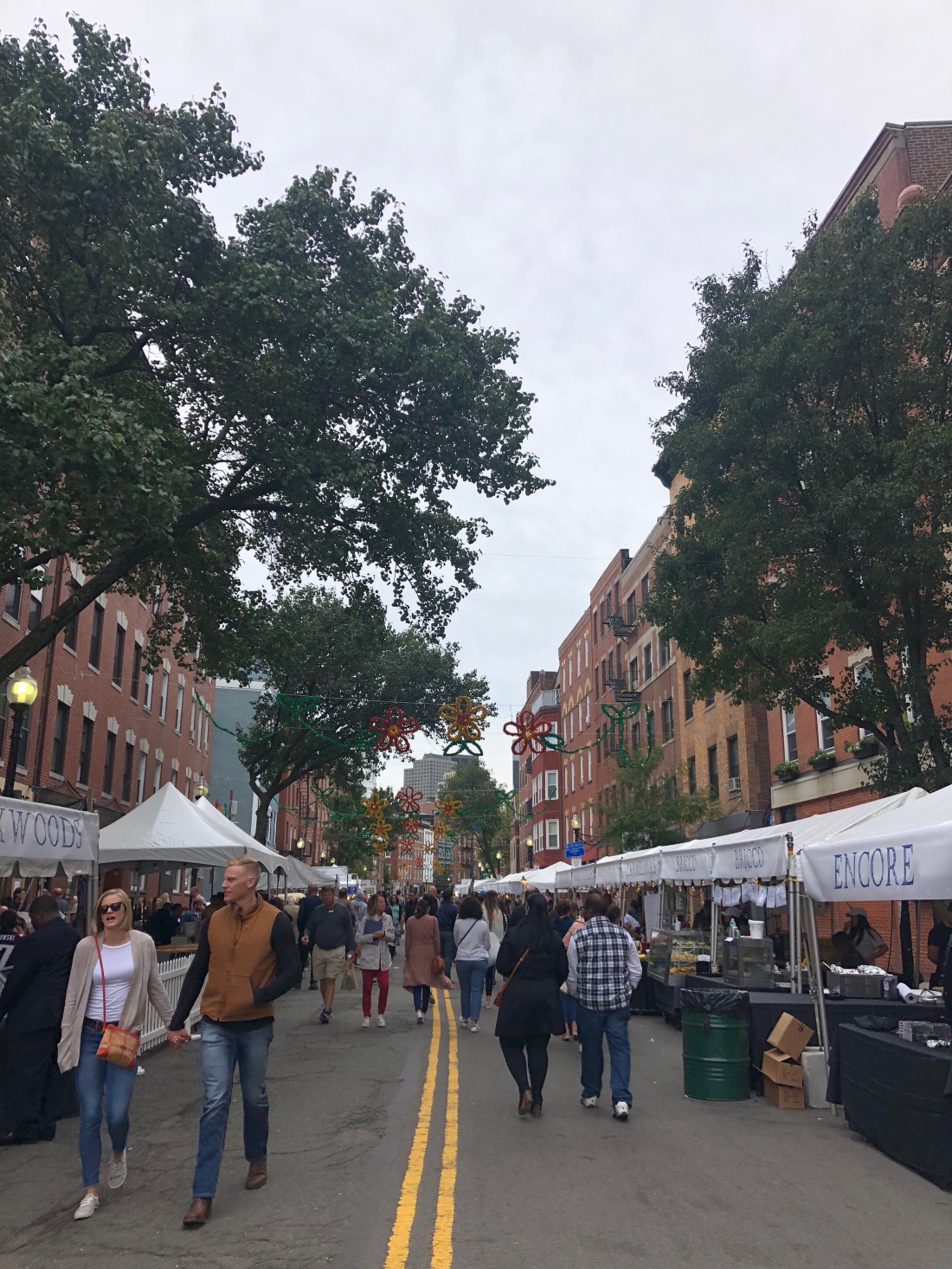 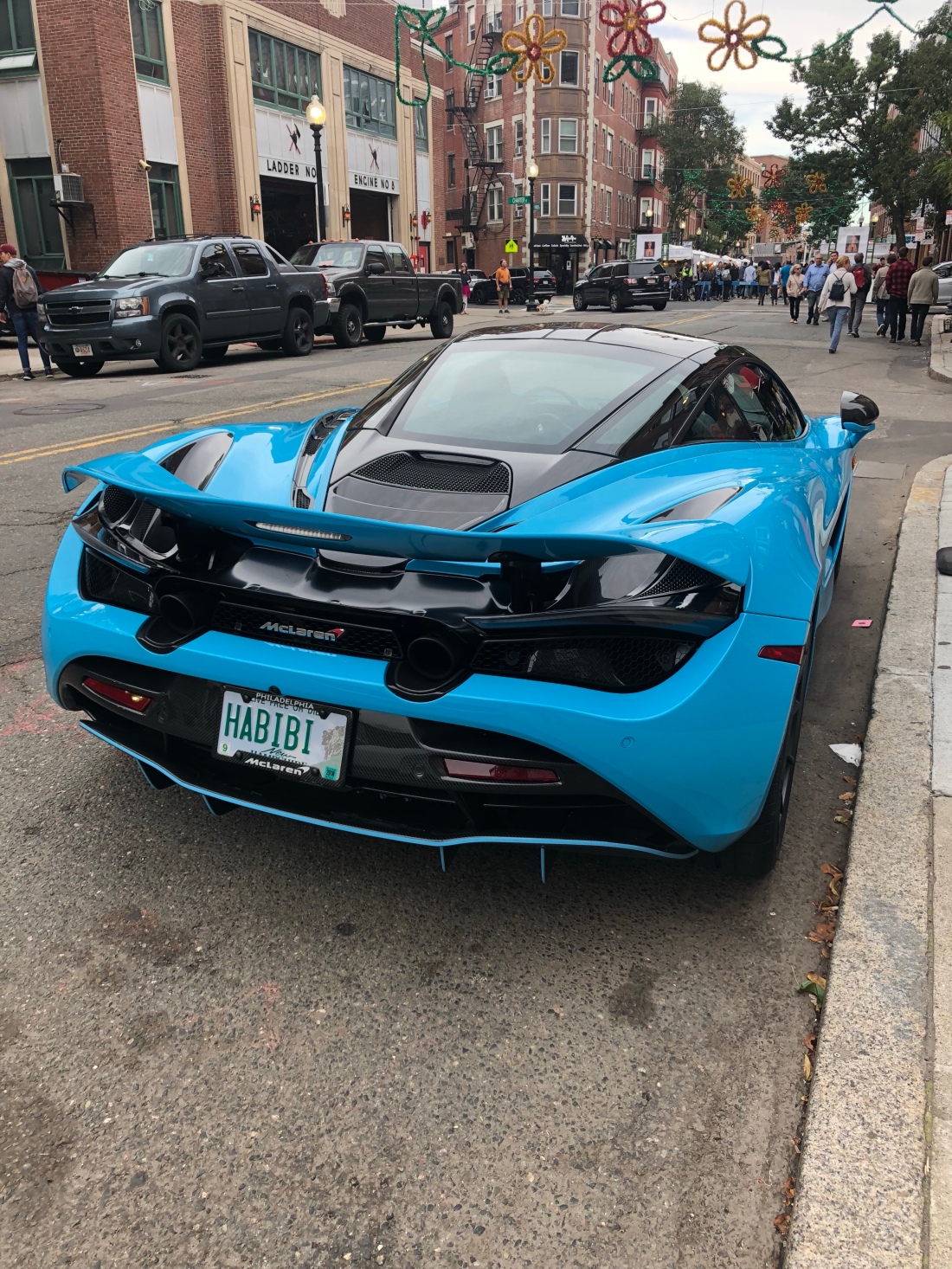 When we arrived back at the hotel, Carla, the super receptionist adored by Cornelia, was on duty, so we stopped to chat to her for a while. I said we were leaving tomorrow and asked if they offered free luggage storage for the day, as we weren’t flying until the night, and she kindly extended our stay until 15:00 for free, instead of charging us the usual $50. I had also mentioned the helicopters waking us, adding that it was good to have an excuse to get up early so we didn’t waste the day in bed, but amazingly, she sorted out a voucher for a free two night stay at any CQ hotel in the world, valid for a year! In fact, it got better still, as she then gave me her email address and said if we were staying in a CQ hotel, we could use her address to get “friends and family” rates. So, that’s what can happen when your daughter is on top form!!!

Finally dragging ourselves away from reception, we sorted ourselves out, and changed for supper. We’d decided to have it at the Elephant & Castle again, as Cornelia was quite tired already and we wanted to have a quick escape route ready just in case! But everything went smoothly and, although we didn’t enjoy the meal or the service as much as last night, we left with full, happy tummies!

Bugsy had a quick bath and went to bed, completely knackered, and was asleep by 21:00, leaving me to catch up on the final episode of Bodyguard!

One thought on “Loving Boston life!”