It was our last full day in Bermuda and, apart from my run across the island yesterday, we had been very unadventurous and barely explored the area, so decided to do something about that today! Cornelia had woken in a glorious mood and was being particularly hilarious, trying on my shoes and shuffling around dancing and singing.

We had breakfast reasonably quickly and, after popping our heads into the main house to say good morning to Julia and Mae, walked the very short distance to the post office to buy our bus tokens for the day. Everyone we have met so far in Bermuda (with the exception of the people at the start and finish of my run yesterday) have been absolutely terrific – so warm and friendly, and the lady in the post office continued to support this generalisation. She recognised Cornelia and Ian immediately from their visit yesterday, and asked how their day had been. She then asked where we were going today, and in doing so, was able to tell us to ask for transfer tickets from one bus to the next, so we didn’t have to use (and pay for) two separate tokens. These little gestures are only small, but they make such a difference to us ignorant tourists!

Bus tokens duly purchased, we crossed over the road to our bus stop and waited for our number 8 bus, which arrived after about twenty minutes. We changed onto the next bus in Hamilton, and arrived at the Aquarium shortly thereafter.

The Aquarium is located in the parish of Hamilton (one of the nine parishes making up Bermuda), in Flatts Village. It is in a beautiful area, as indeed most sites are here, right on the water’s edge.

Once we had paid, we went straight in for an overpriced lunch… Cornelia has chicken nuggets and her dish was literally a small cardboard bowl containing six small nuggets, Ian had a pie (literally a small pie on a plate) and I had a chicken and quinoa salad, which was again, on the small side for the price we paid. Anyway, it doesn’t matter – it was lunch and just what we needed!

After lunch, we explored the aquarium and zoo (which is part of the overall complex). There was a huge tank area, and the room housing it was empty except for us, so we had the most wonderful time looking at the various fish, the shark and the super turtle, who had lost his front flipper in a (probable) shark attack and had a paralysed rear leg. A diver also entered the tank, to feed the evil-looking eel and clean the windows, and to top it all off, Cornelia waved at him and he waved back! We spent ages in there! The zoo was divided up into different sections: Australasia, The Caribbean, Asia, Madagascar etc, each quite lovely. I was a bit obsessed with the enormous alligator, Oscar, who had been there since 1981, and I watched him waiting for him to move or blink…. when I finally walked away, he moved, and I missed it!!! Haha, so typical! 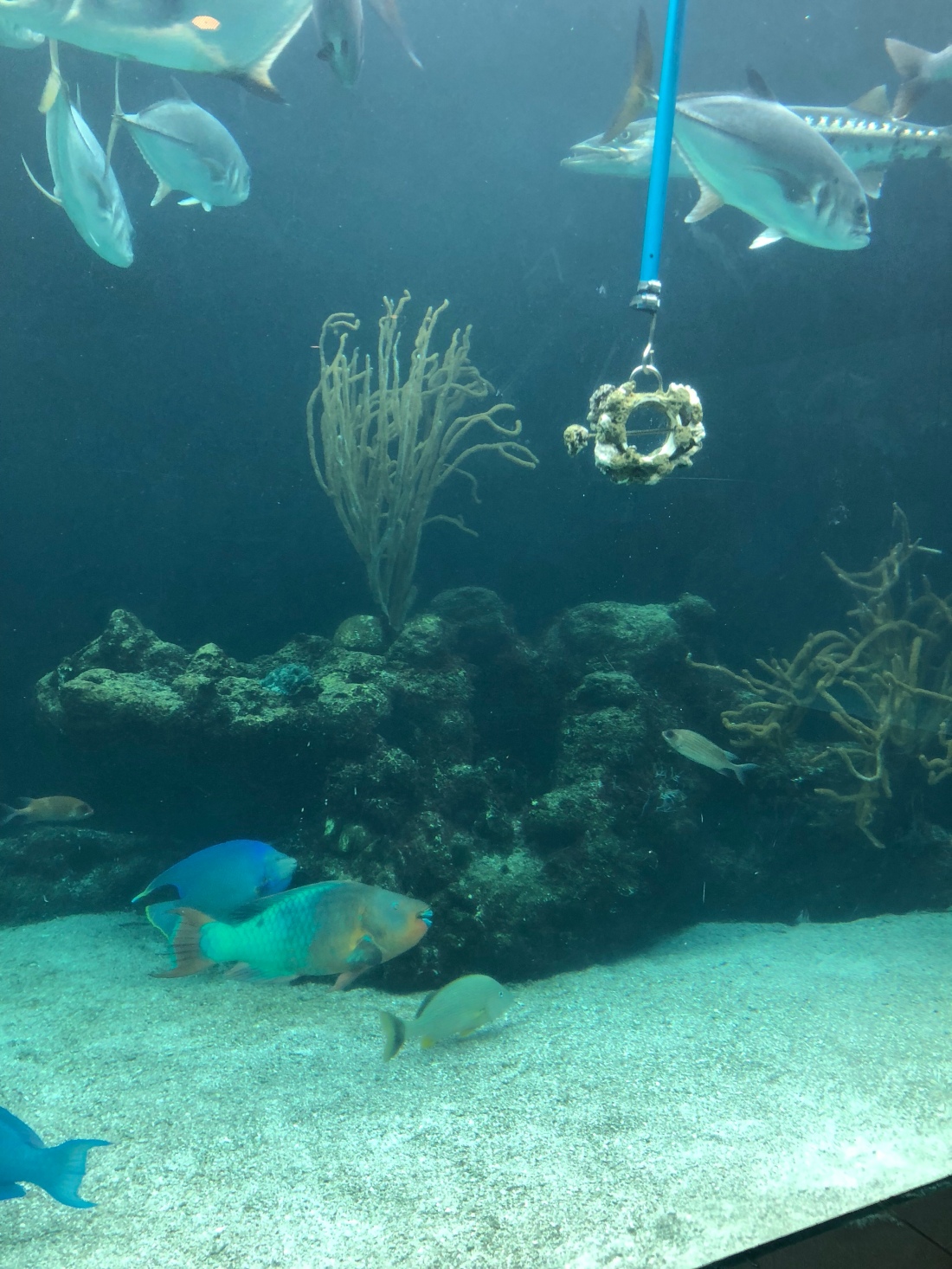 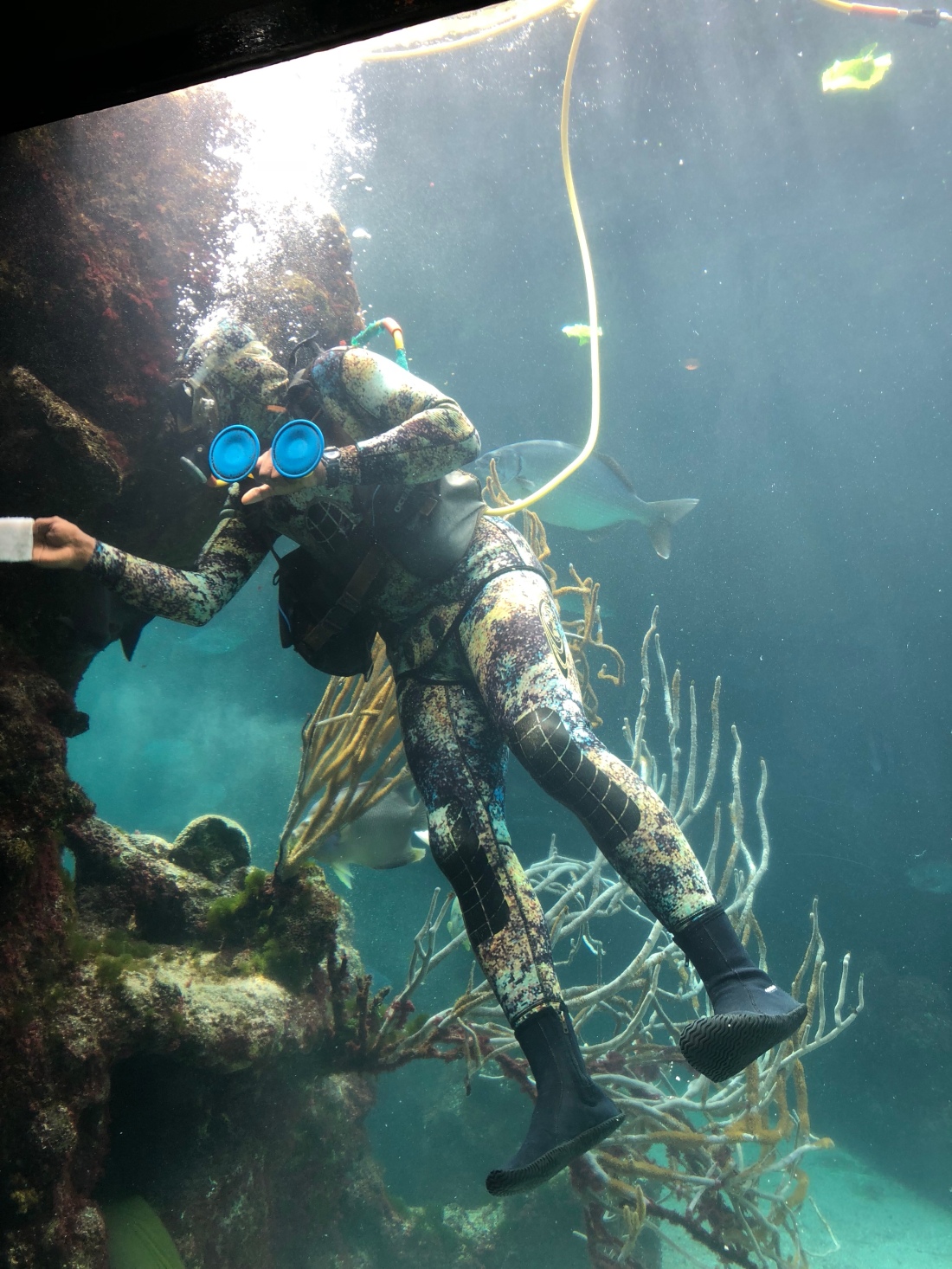 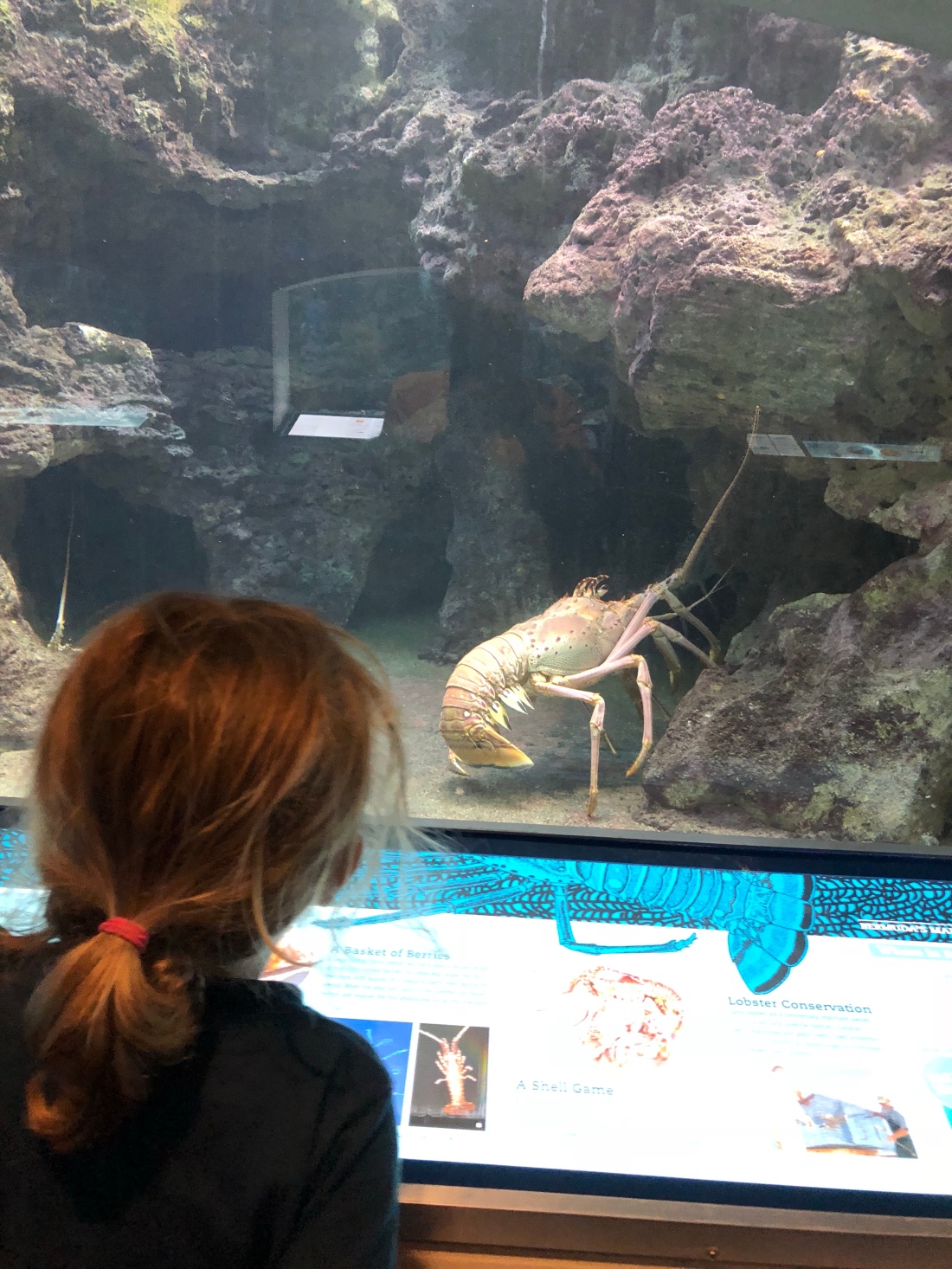 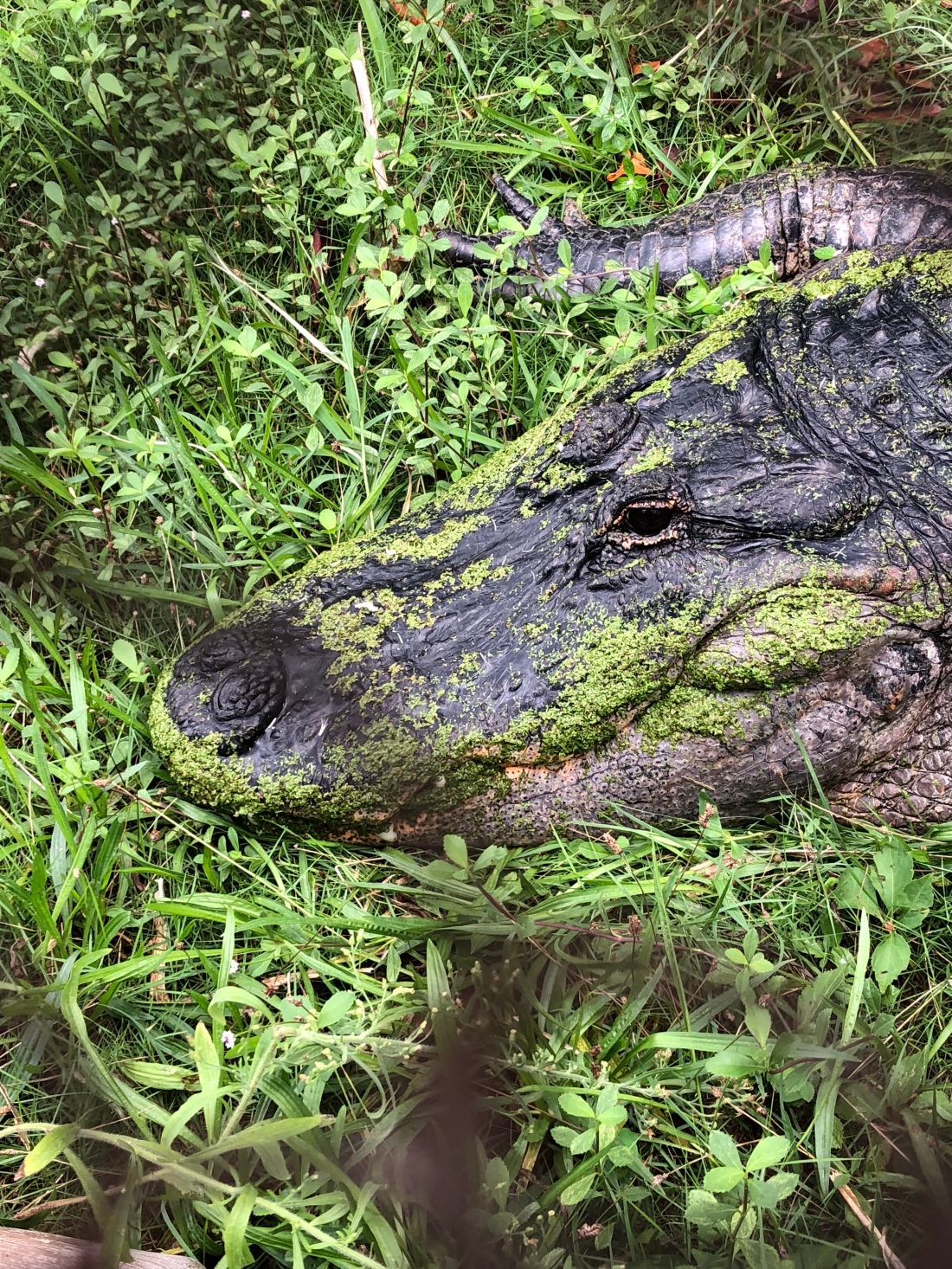 We did some chameleon spotting, avoided some enthusiastic golden lion tamarinds, and posed liked flamingos, and had brilliant fun. We could have stayed there quite happily for another couple of hours, but Cornelia was keen to see Somers, who would be back home after school by the time we had returned, so we found our way back on the buses quite easily, to be greeted by Somers and Mae. 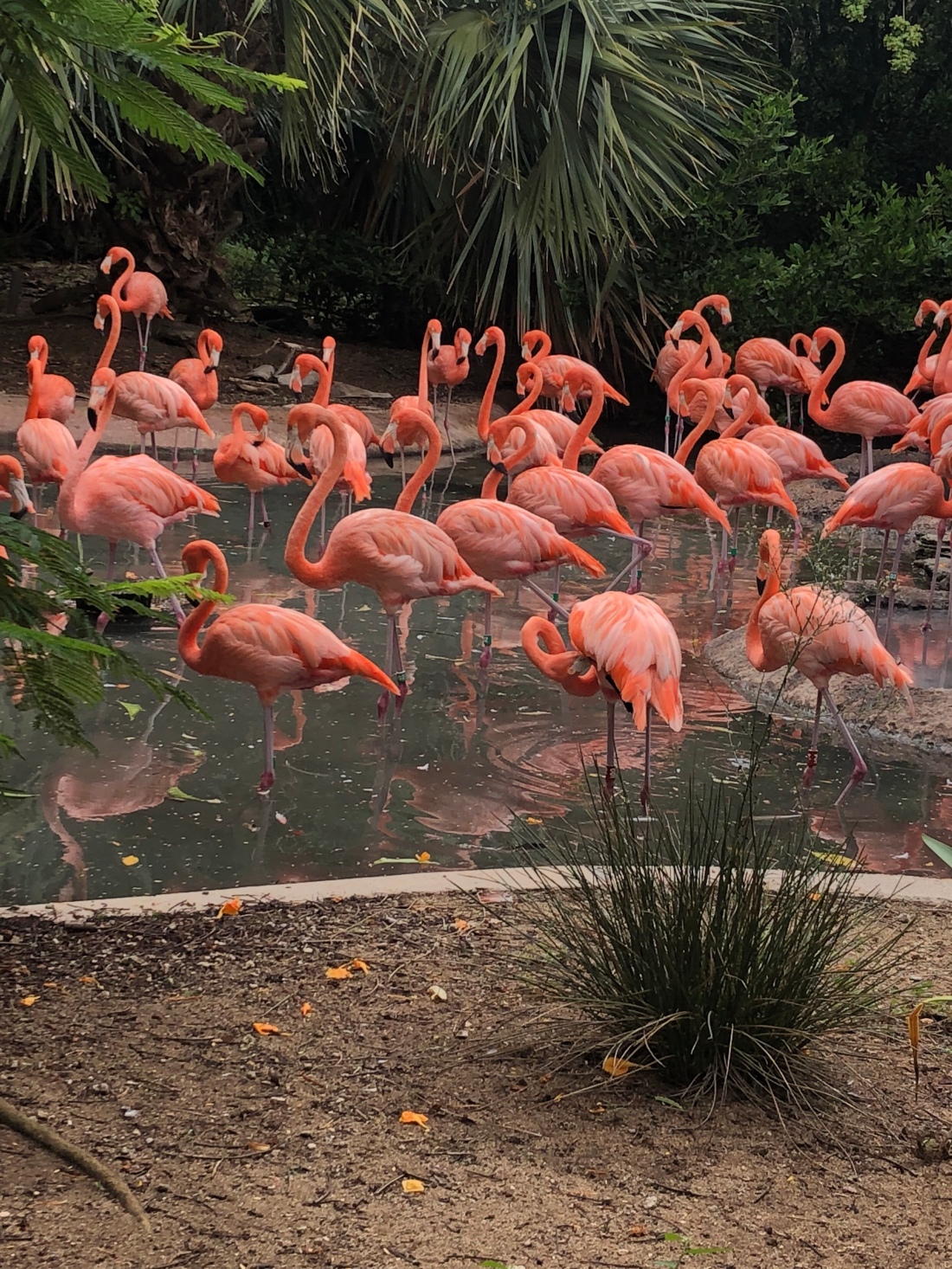 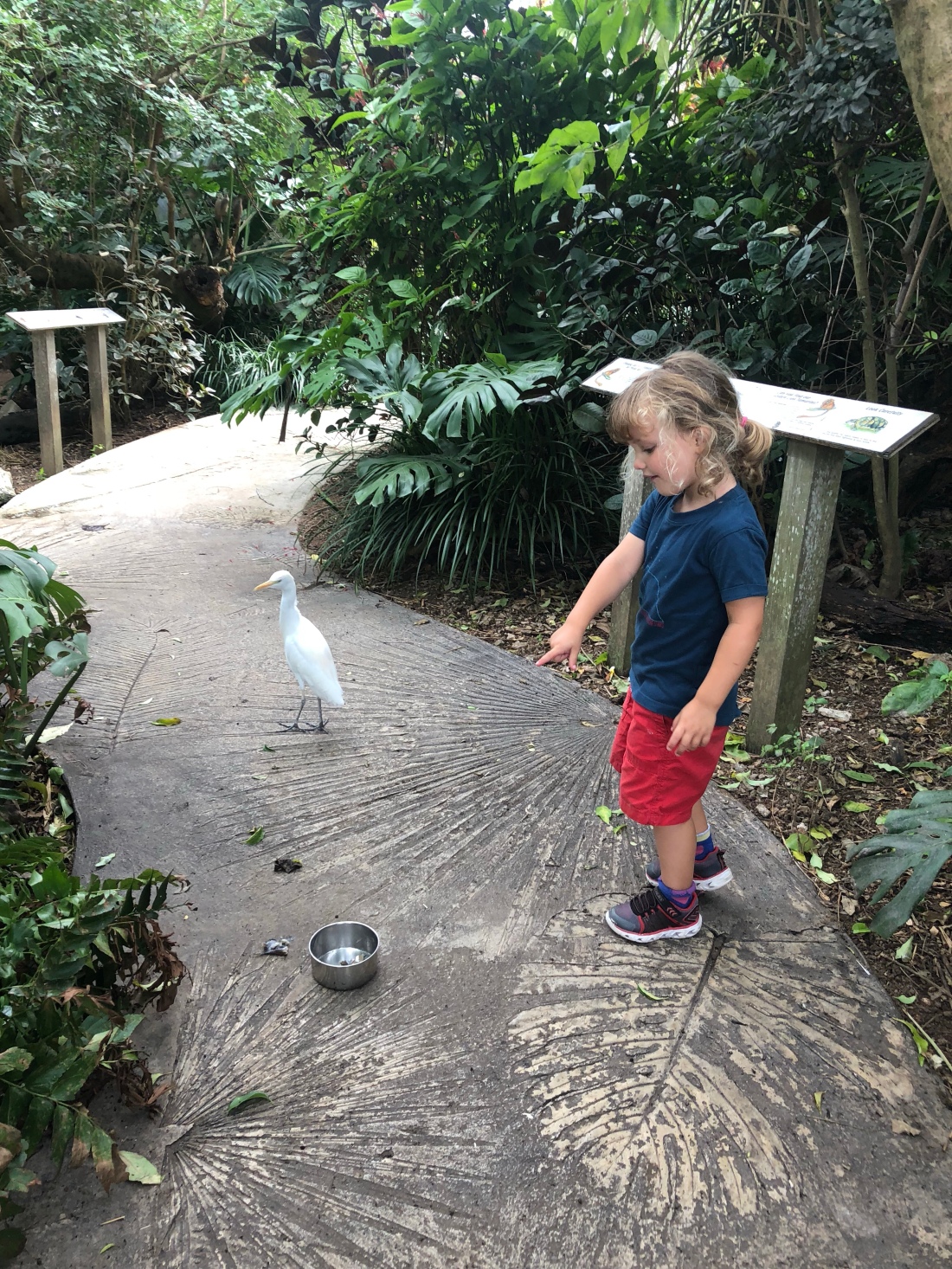 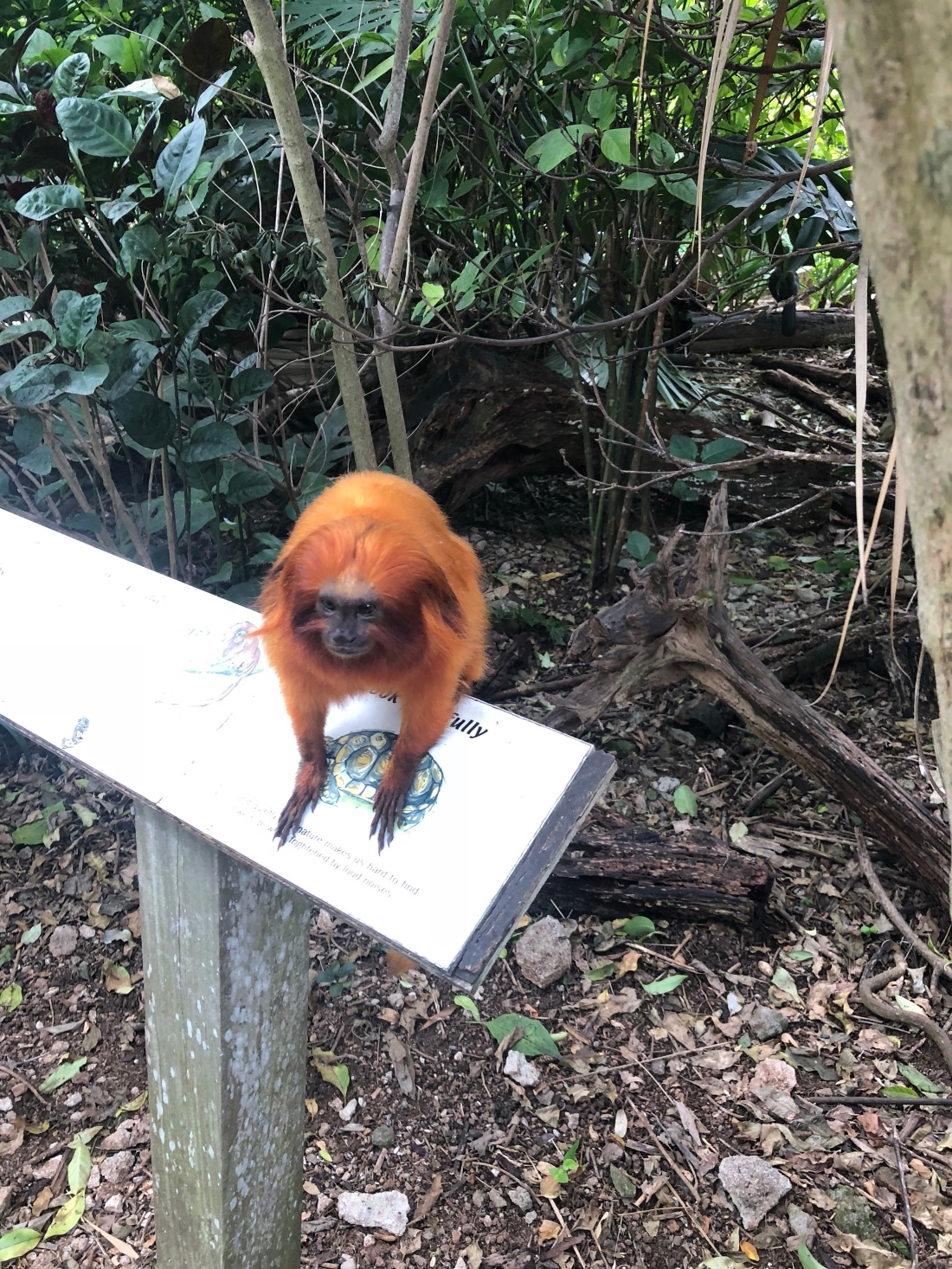 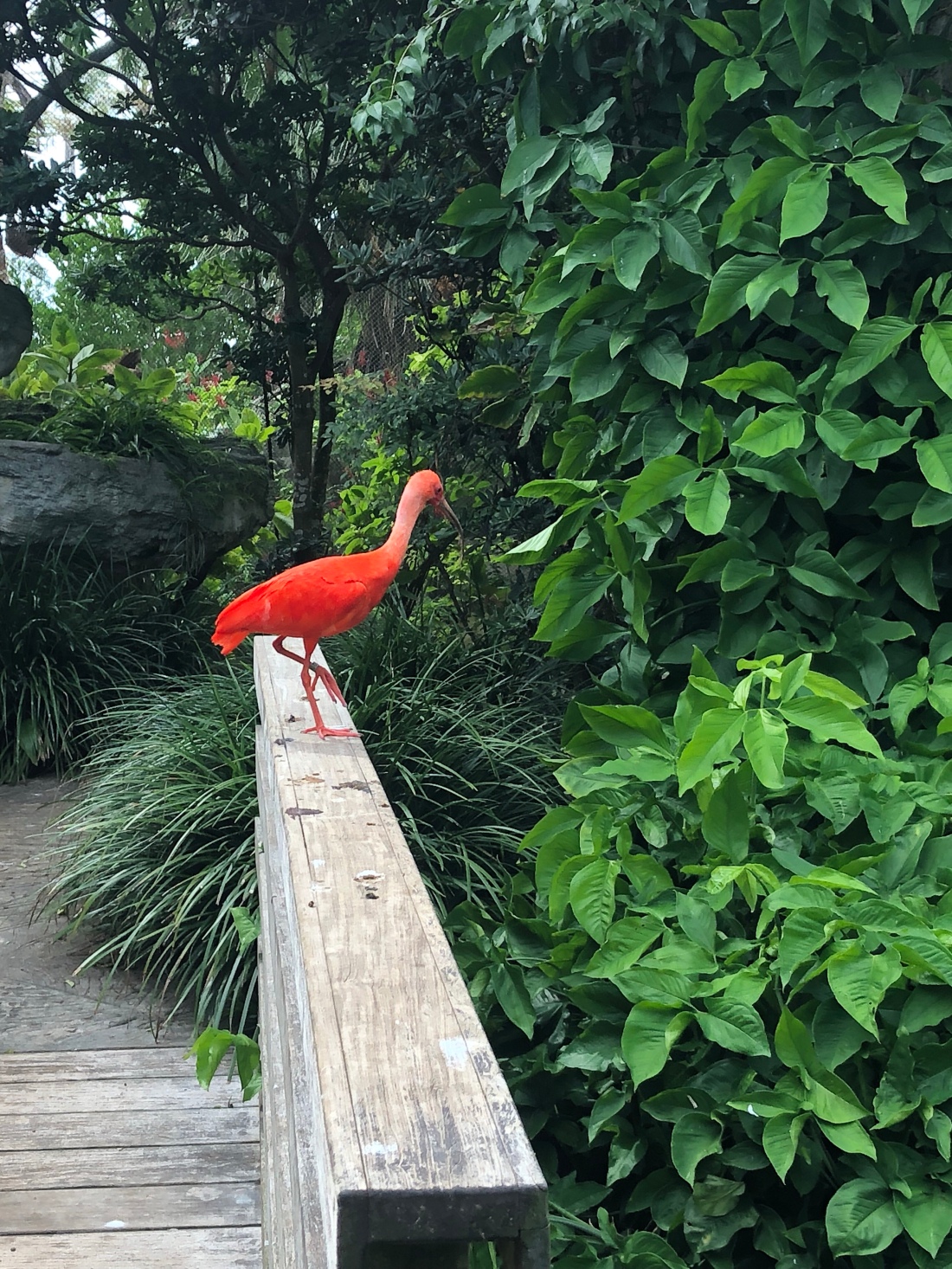 That was Cornelia sorted for the evening! She helped make a Paw Patrol lookout cake with the lemon cake her and Somers had made yesterday with Mae, and then proceeded to stuff her face with slices from it! 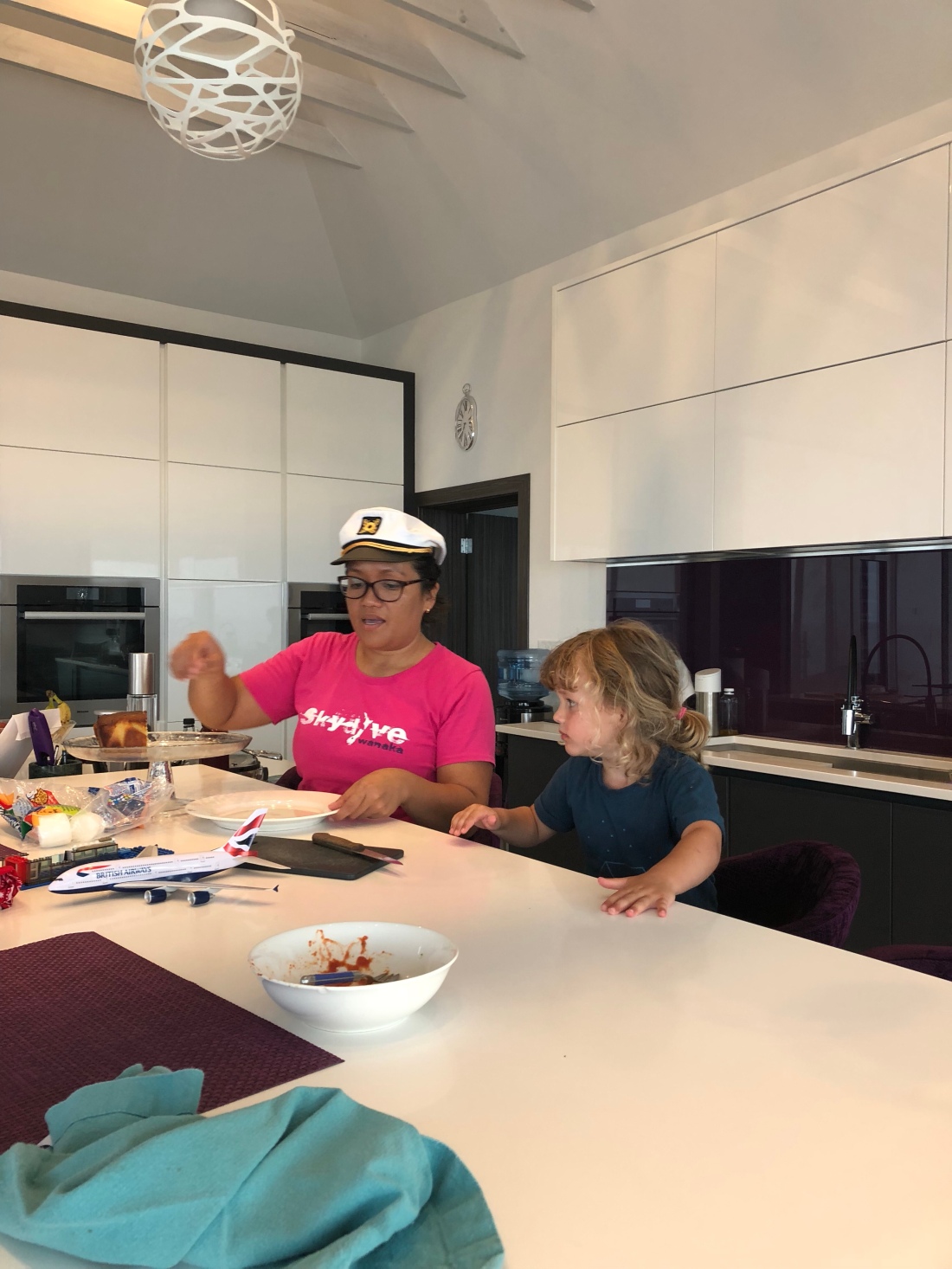 The torrential rain kept us all inside and Ian and I watched the sea thrash around while the kids, high on cake, chased each other around inside, until it was time for bed! 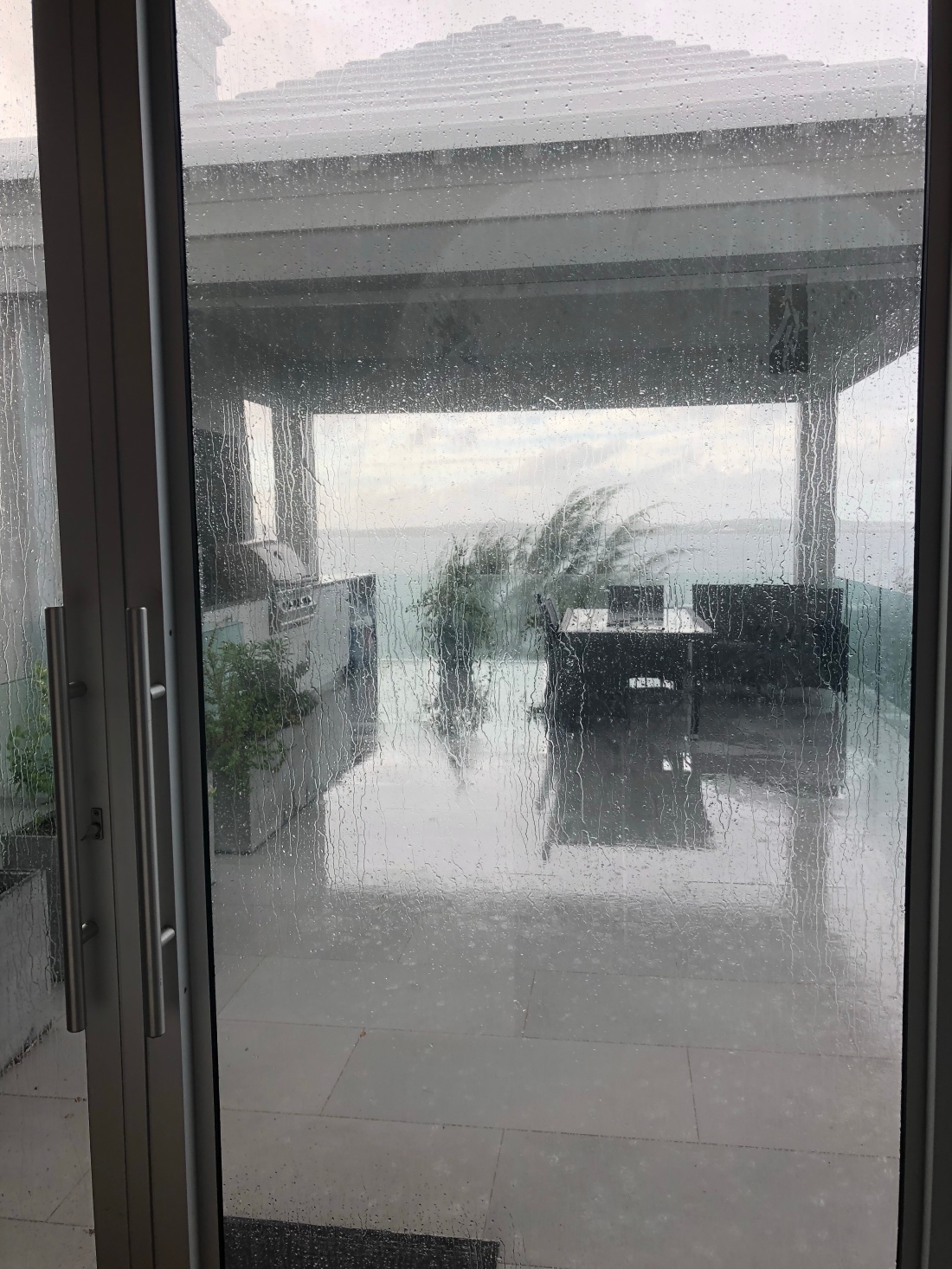 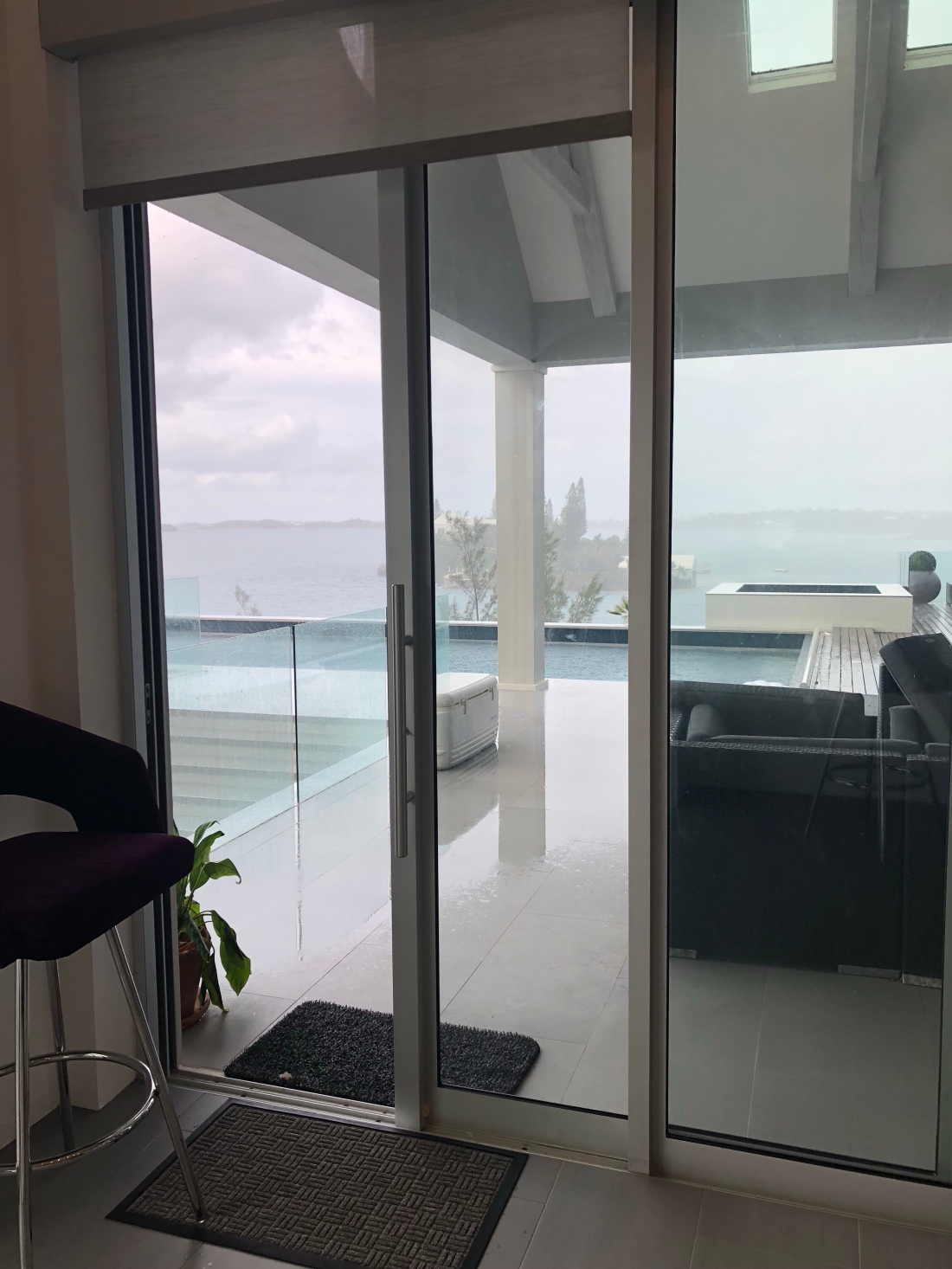 I had offered to cook supper tonight, and managed to rustle up a chicken and coconut curry from the few ingredients that Jules is currently allowed to consume (making my kilo of Cadbury’s chocolate that I’d carted all the way from the U.K. and everywhere on our USA adventure just about the worst gift ever, although I am assured that it will be devoured in a few months when she is allowed such treats again!). Anyway, it wasn’t my best work in the kitchen, but it was perfectly edible and filled us all up sufficiently!

We spent the entire evening talking about our shared history and rediscovering our friendship, which was exactly what I had hoped for, when we added Bermuda to our long list of countries. It was the perfect end to our fabulous time here.