Cornelia had another epic 13.5 hour sleep, giving me and Ian a bit of a lie in and an opportunity to catch up blogs etc. I put on my running kit in anticipation of going out for a slightly longer run than yesterday’s failed attempt, but it was the first “nearly but not quite” episode of the day!

Ian wanted to call a bike shop to hire bikes for the three of us but nowhere seems to hire them, particularly ones with a child seat. That all took quite a long time, and we then spent another hour or so making crowns with Cornelia and doing other crafty things. It also began to rain… all in all, I ran out of time to run, as it was lunchtime and I was on sandwich duty. I showered but put half my running kit back on in the hope that I might go out later instead!

As the clock ticked on, we realised that if we wanted to walk to the beach a couple of miles away, and have time to play and walk back before Somers arrived home at school (our days are now planned around Somers finishing school!) we needed to get going immediately. Bucket and spade in hand, off we went. Slowly. Very slowly. That, in fact, after a mile, I had to ask Bugsy if she wanted to carry on to the beach and miss making cupcakes with Somers, or turn around now and go to the beach tomorrow instead. It was a slightly leading question, and thankfully she went for it, as the rain started again, and she chose going home to make cakes. (Our second nearly but not quite of the day!) Ian gave her a shoulder ride back, and we strode back along the Railway Trail, stopping occasionally for echo-making in the tunnels, to pick flowers and for lizard-spotting… surely the most beautiful lizard I’ve ever seen… a sentence I had not expected to ever write!! 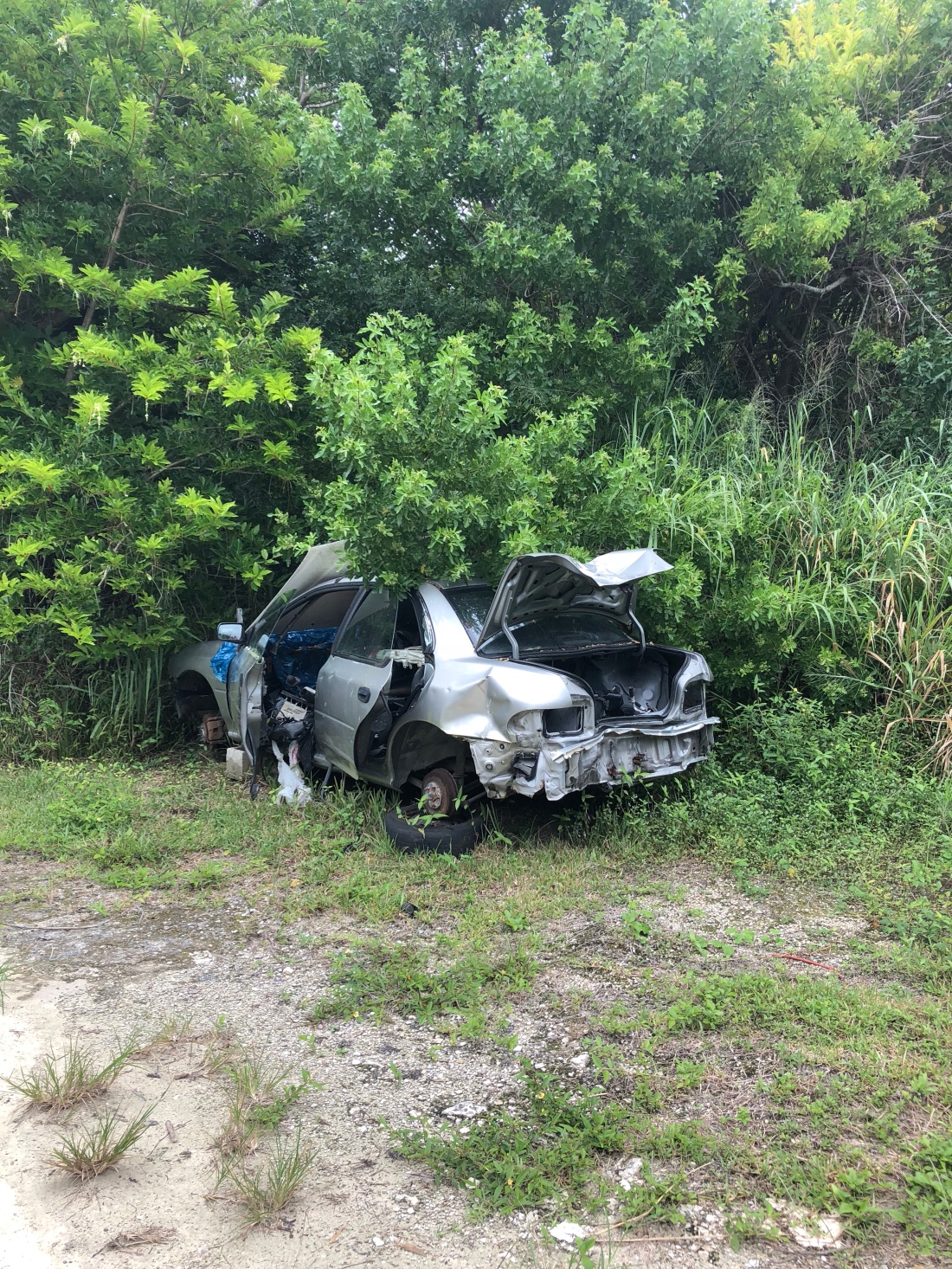 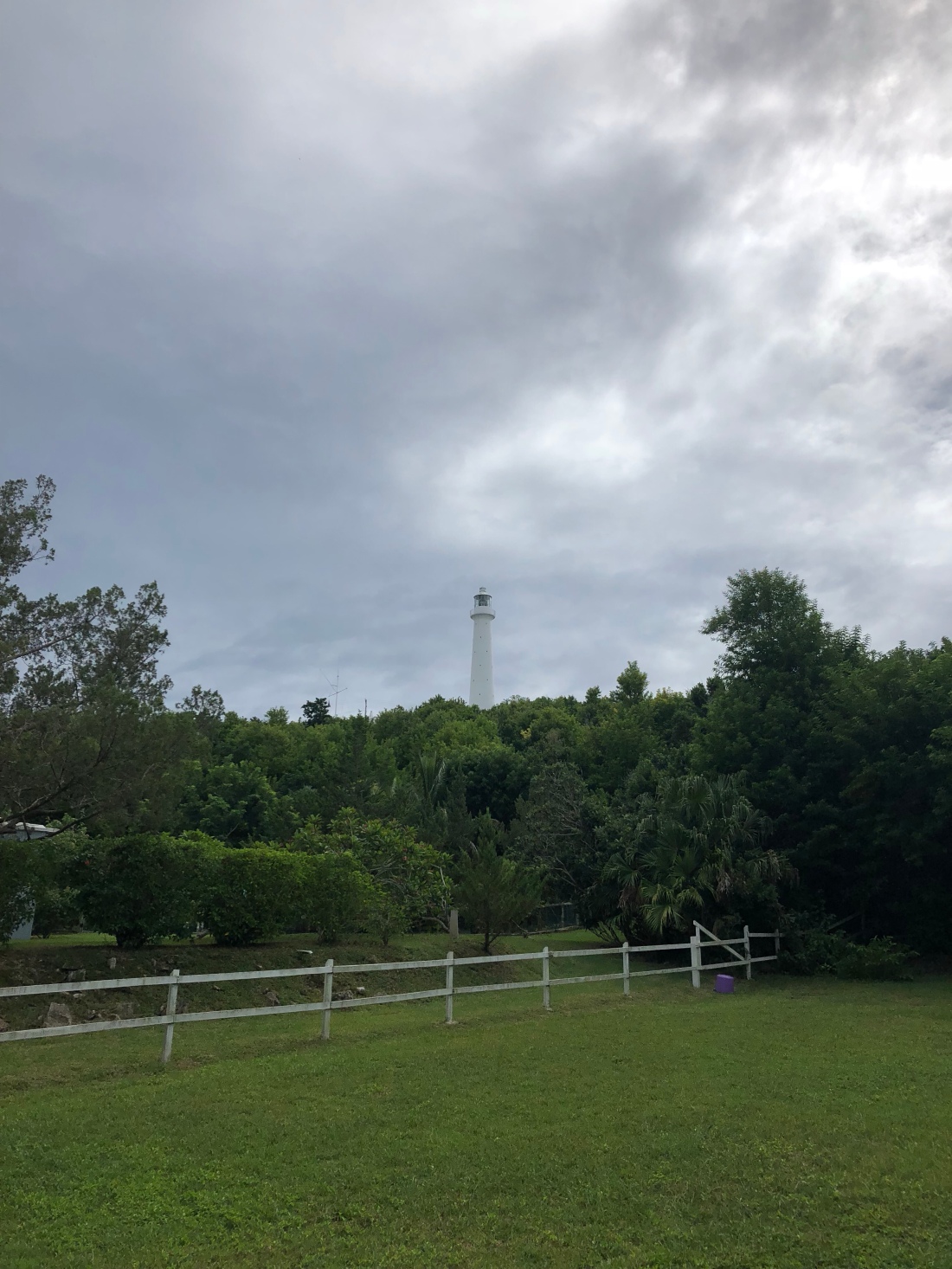 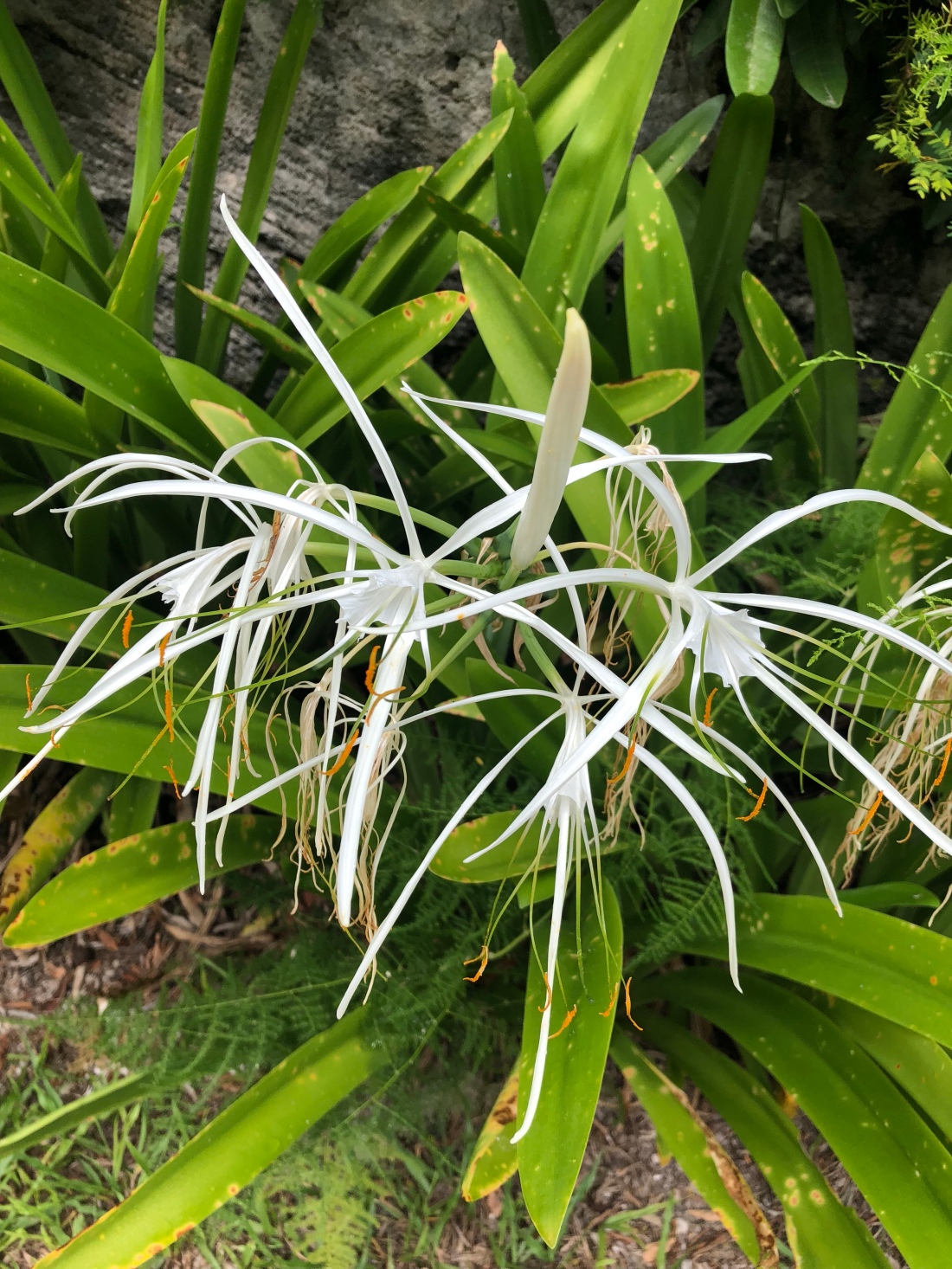 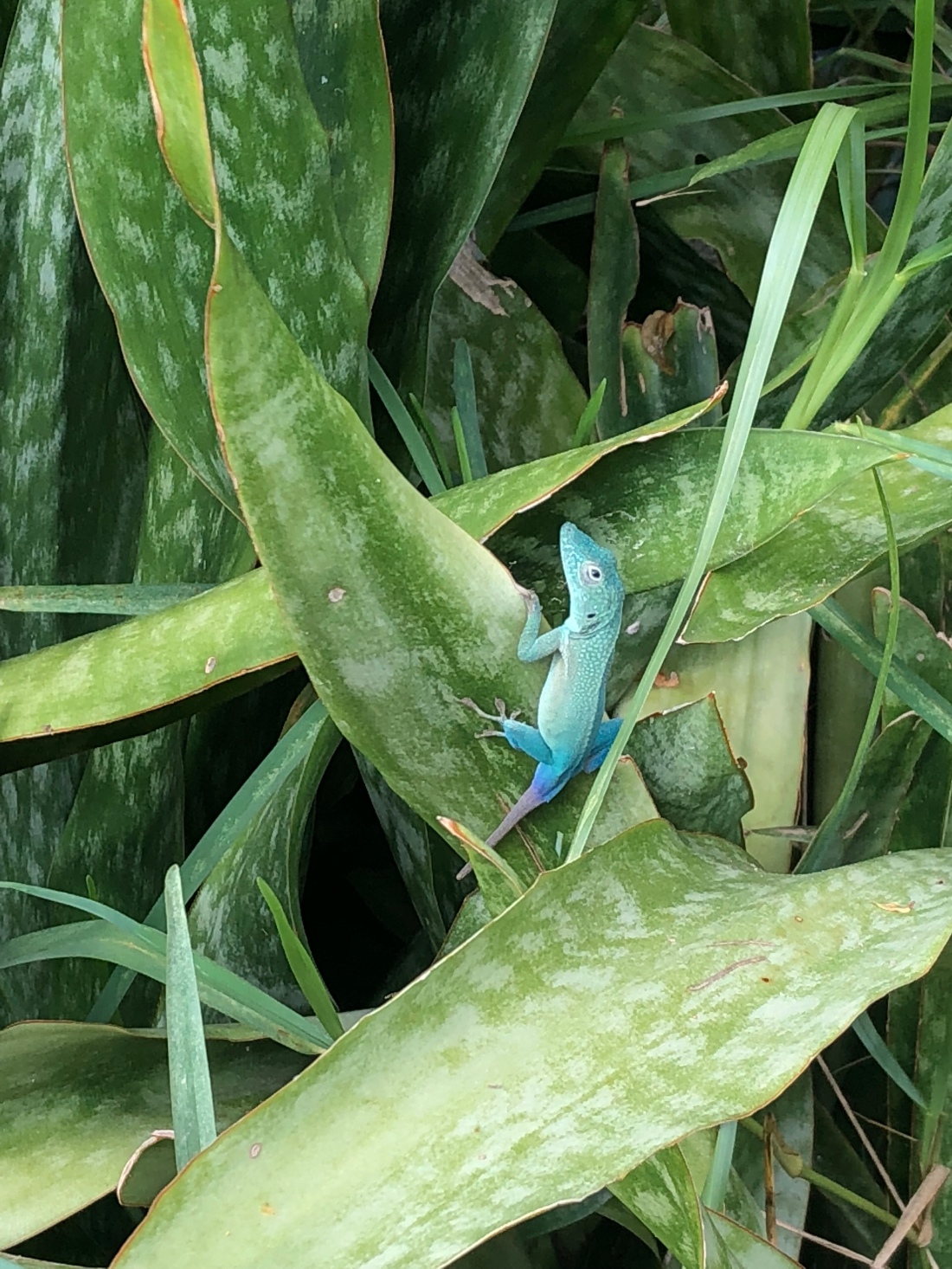 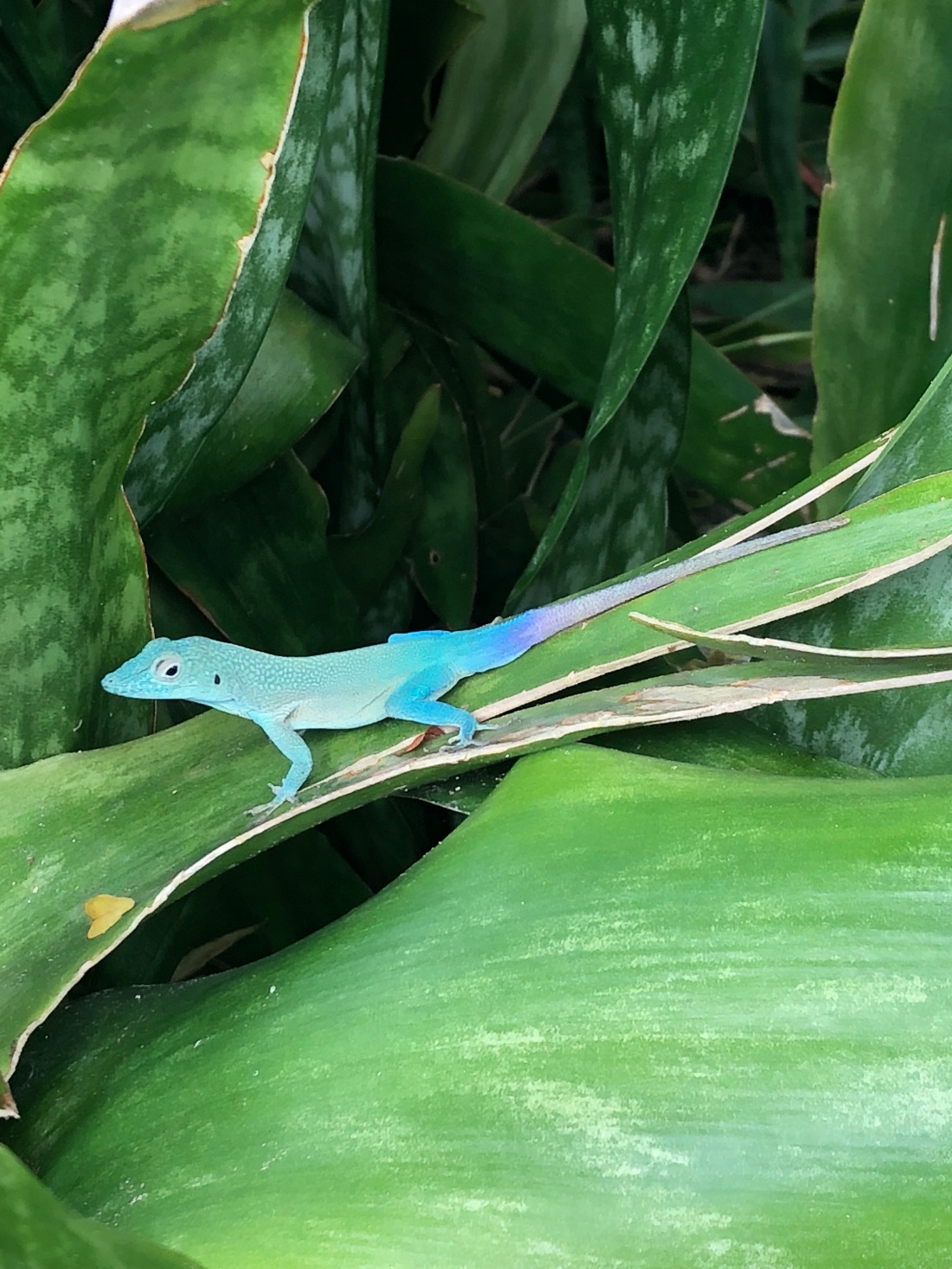 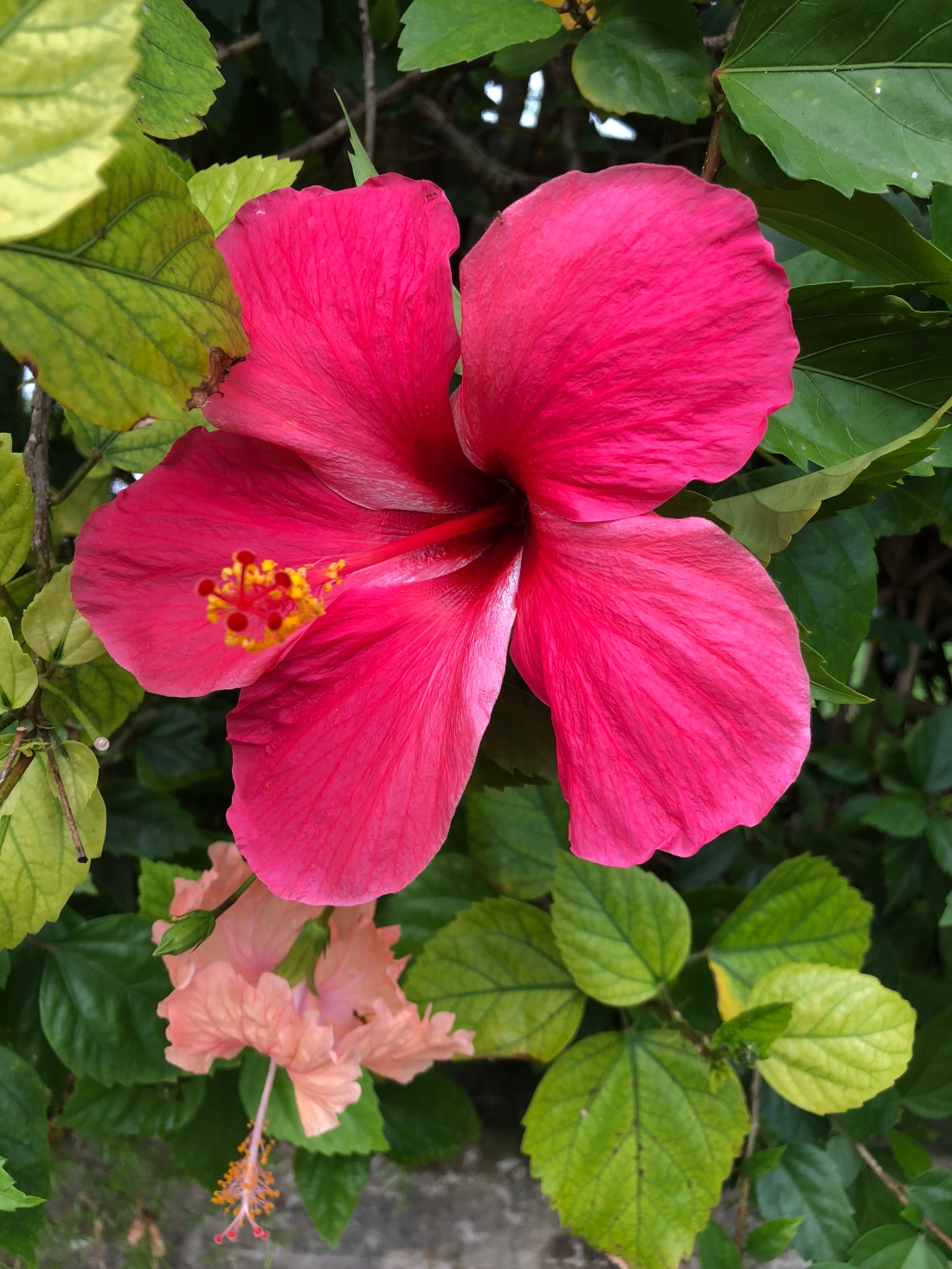 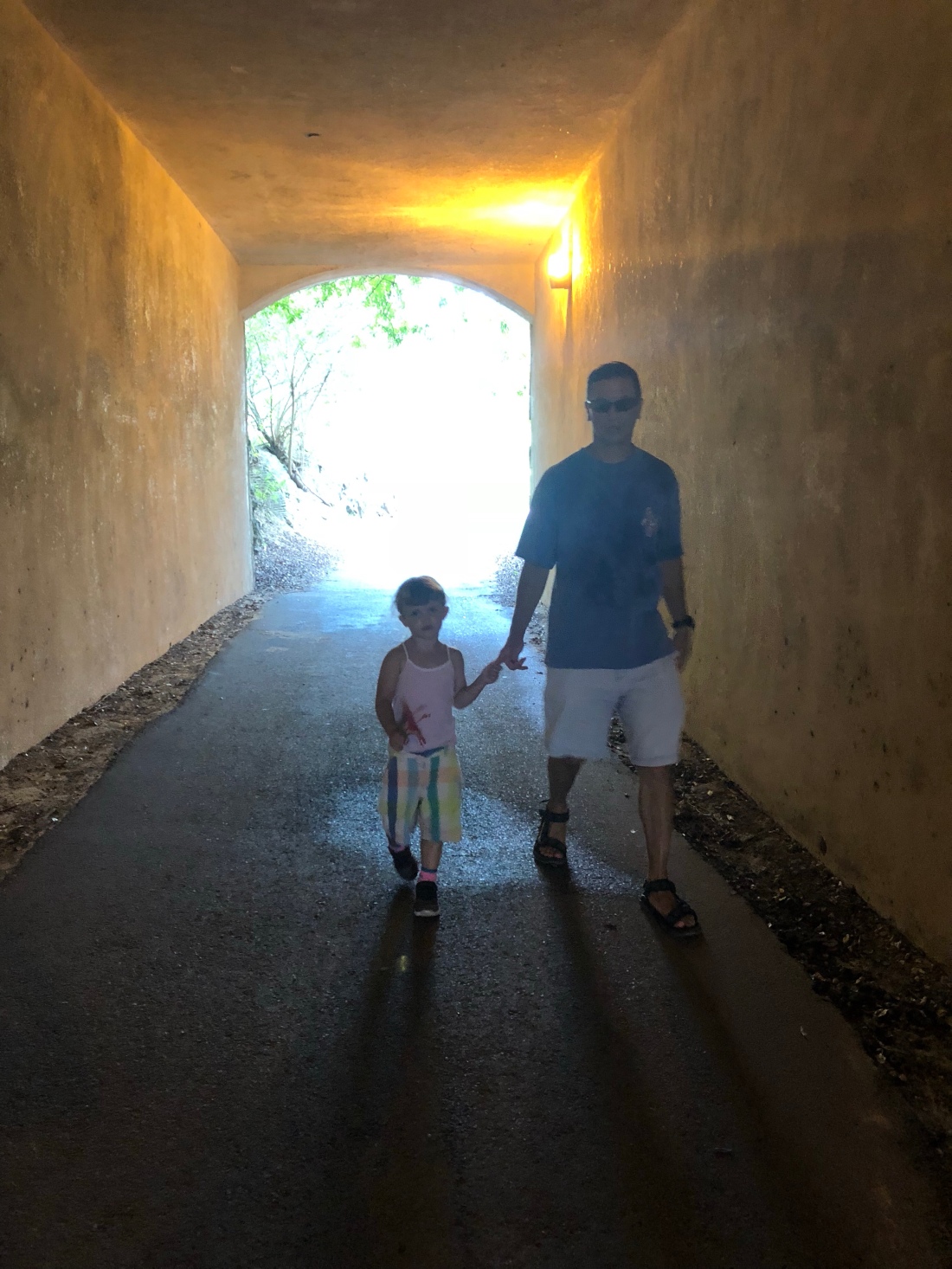 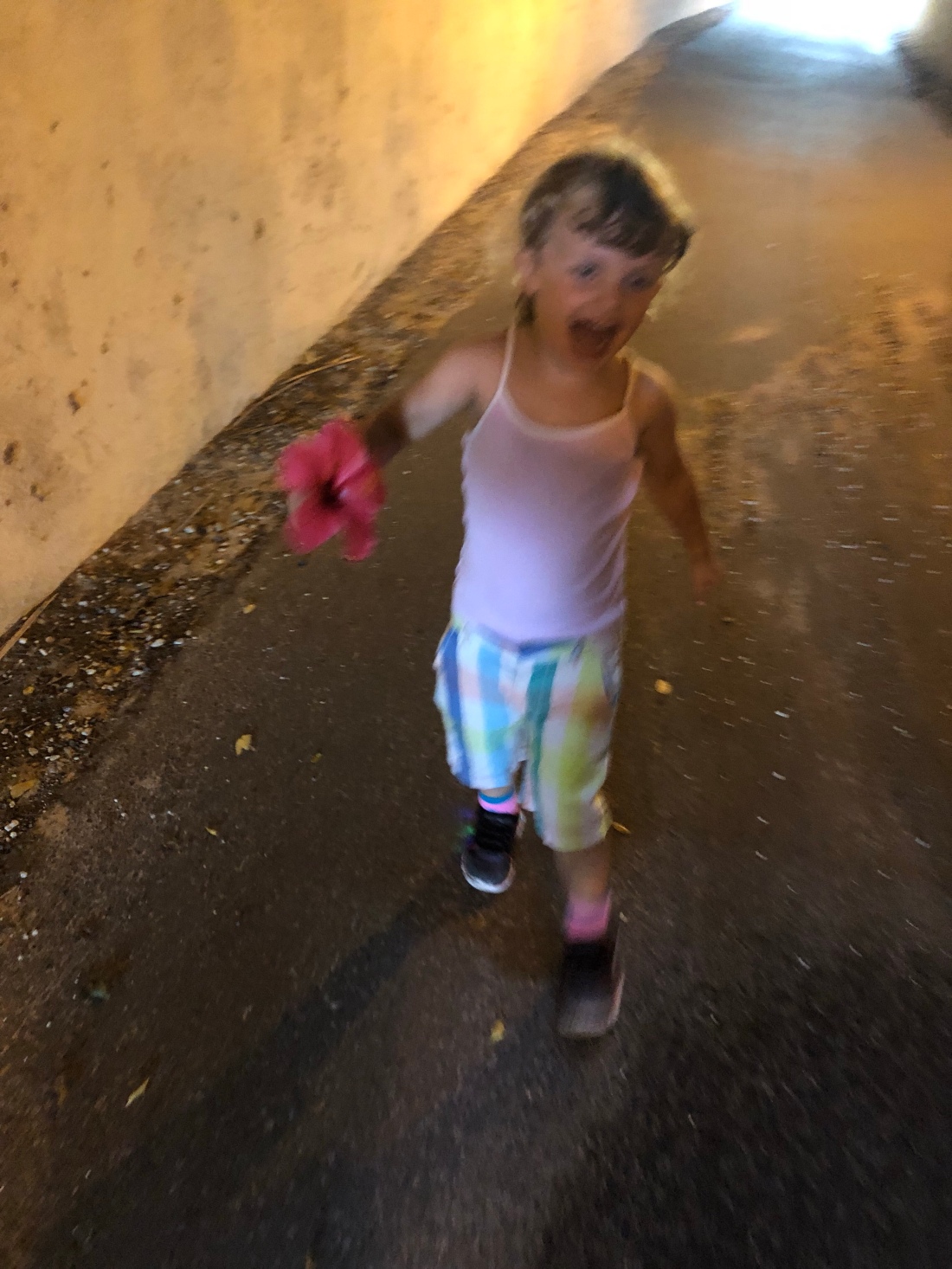 Cornelia had one small upset when the hibiscus 🌺 she had picked started oozing ants that must’ve been hiding in the stem somewhere, and I made her dispose of it, but it was good timing, as we were just arriving home, shortly to be followed by Somers and Mae (Somers’ marvellous nanny). And then the baking craziness began. Mae is simply incredible! She took on both kids, making Julia’s special lemon muffins, and then making a lemon drizzle cake, all with such patience and love. I can see why Somers adores her, and how Cornelia fell instantly in love with her! 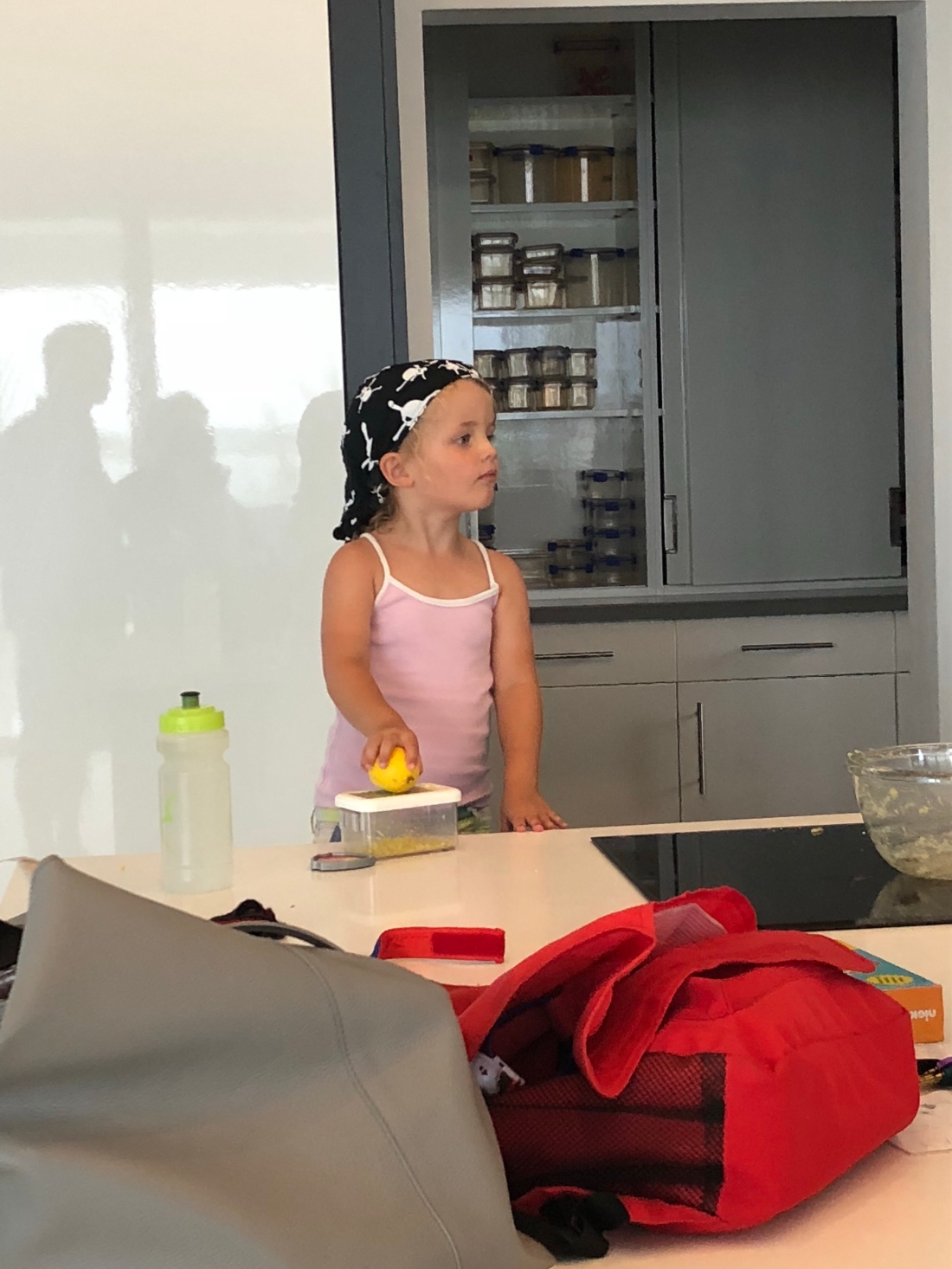 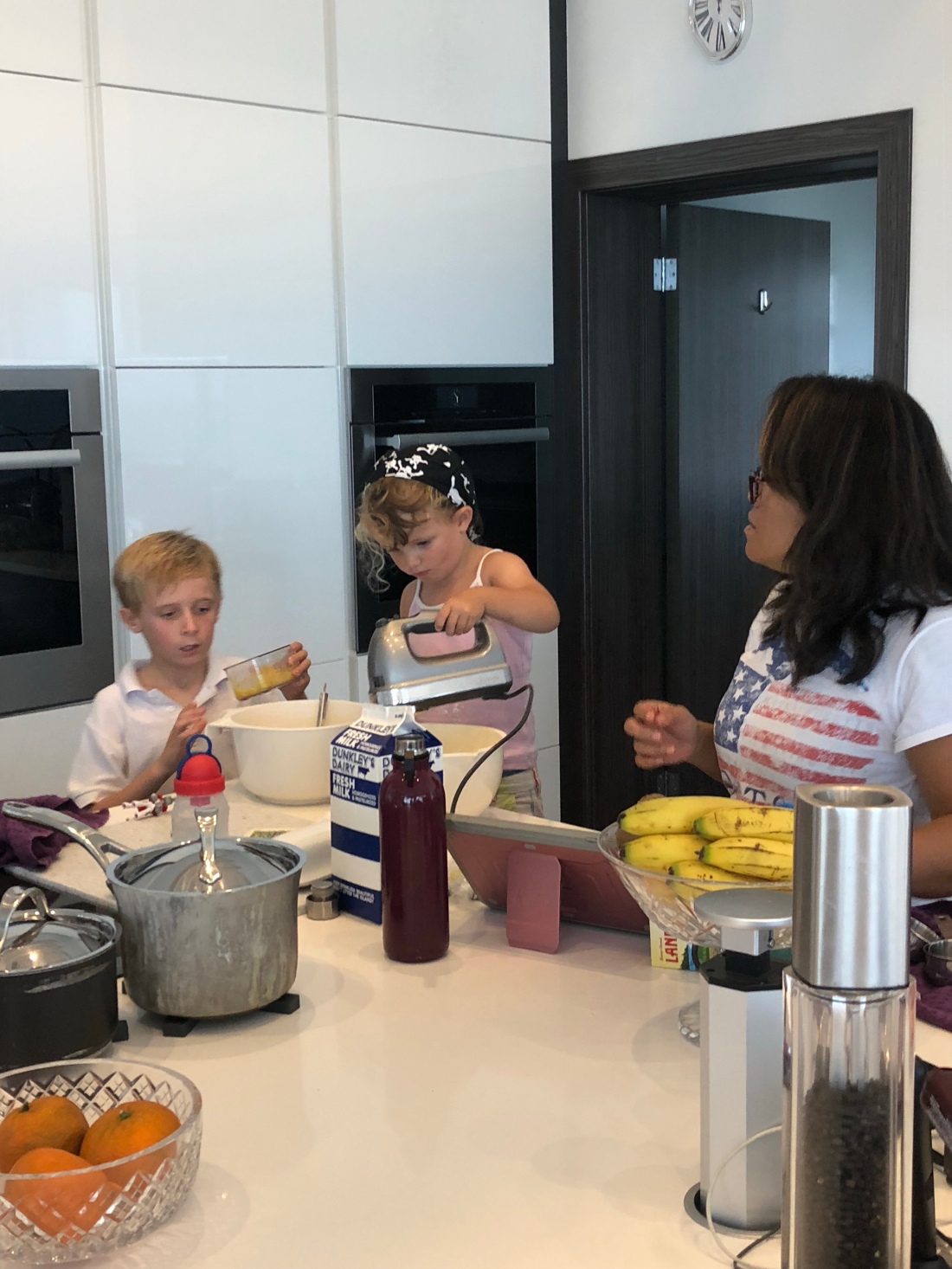 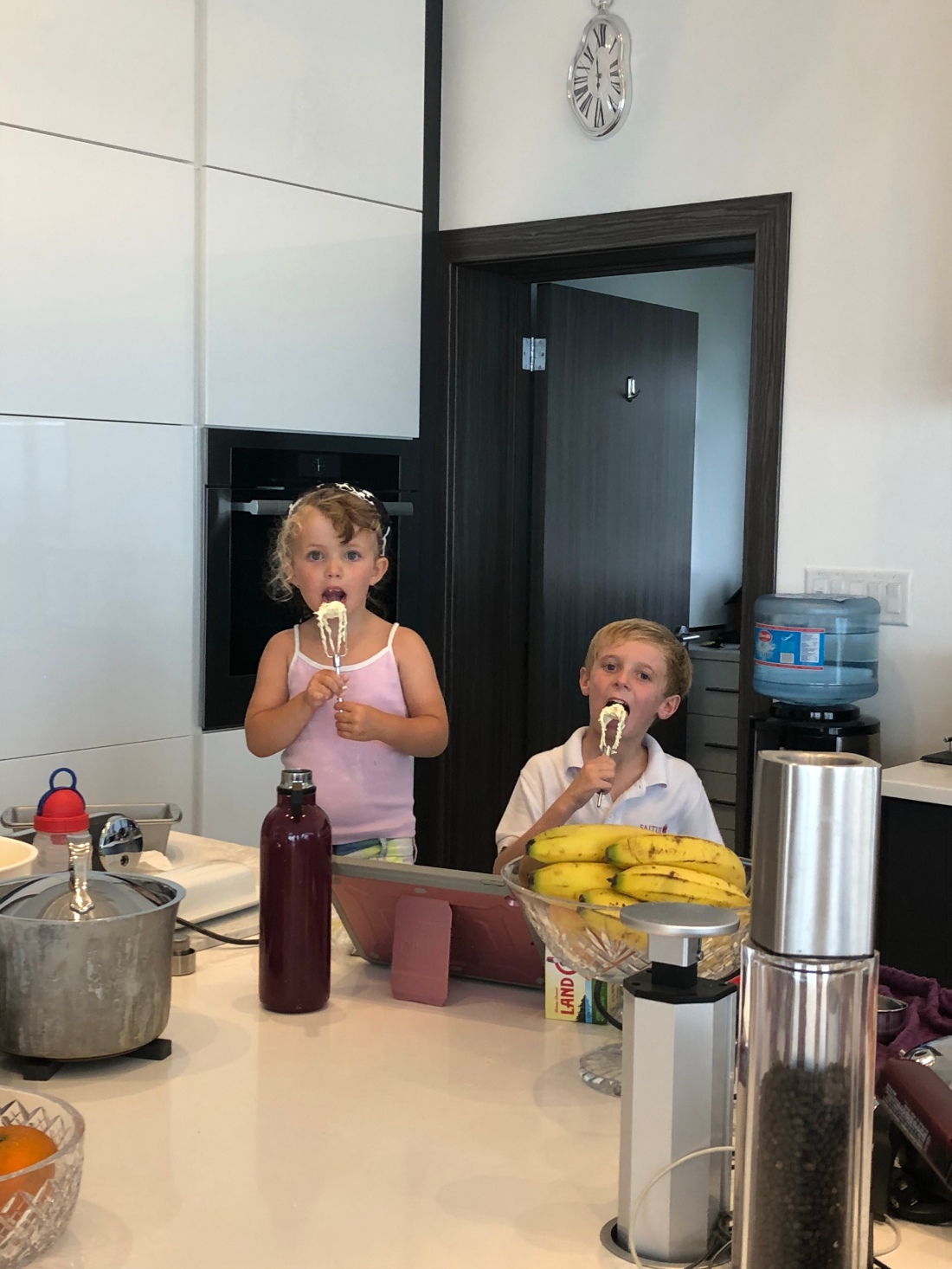 High on cake batter, the kids continued running around together while Mae “rustled up” dinner for the two of them. It is hard not to feel guilty or irresponsible when letting someone else look after Cornelia and her needs, but honestly, if I tried to help out, I’d be removed immediately- she clearly loves what she does!

As the second batch of baking went into the oven, the kids paused briefly for tea, and I took advantage of some calm(ish) children time to go for a run and Ian joined me too, so poor Jules was left in charge, as Mae was finishing for the day.

We had a short and sweaty run (just three miles along the Railway Trail), and I had a quick sweaty shower so I could join Julia watching the two crazy kids race around. Thankfully, Cornelia had been reasonably well-behaved, and her and Somers had been preparing for the show they wanted to present to us. They were still full of beans and showed no sign of slowing down!

Once we’d eaten the delicious duck that Julia had prepared for us, we sat in the living room to watch the show. It was hilarious and cute and funny and totally endearing, watching the two of them twirl and sing to various nursery rhymes, handing out pretend treats to us, the audience, and welcoming us to their show. We could see that Cornelia was getting quite tired though, so we gave them two more songs and Ian ferried her off for a shower and bed.

That left the three of us looking at old photo albums and chatting on the sofa, until Ryan arrived home. I was ready for bed soon after and Ian headed back with me, leaving our lovely hosts to enjoy some peace and quiet!

2 thoughts on “Nearly but not quite!”