I had set my alarm for 05:00, to ensure we had plenty of time to shower, dress and be downstairs for our shuttle transfer to the terminal at 06:00. I let Cornelia sleep while we showered but, amazingly, she woke up by herself with perfect timing, and in a great mood again. She got dressed, brushed her hair and we were all ready to go!

On arrival at the airport, I printed our boarding passes and we had them checked and were directed to a bag drop queue. After waiting a short while, our boarding passes were scanned, and we proceeded to bag drop. The machine refused to accept any of our bags (it’s all “self-service”) so a helpful lady came over to assist. She couldn’t understand why it wasn’t working either, so recommended that we head over to oversized luggage and just check it in there. All was revealed there… we were in the USA check in area, not international, as we had thought! D’oh!

We trundled down the airport to the correct zone, where we were able to quickly drop off our bags and get through security. The cafe in the airport was terrific – each table has its own Ipad (one per chair) and you can look at the menu, order and pay from it. So, no queuing or having to put on a Canadian/American accent so that we can be understood! You can then use the iPad to surf the net etc. It was really efficient and our breakfast was brought to us quickly by a friendly server.

Shortly after we’d finished eating, it was time to board the flight. It’s probably one of the nicest flights we’ve had so far. The cabin was nowhere near full, the stewardess was terrific and I thoroughly enjoyed watching Book Club in relative peace, as Bugsy watched Ice Age. The only break in entertainment was a panicked moment when Cornelia knocked over a full cup of water, thankfully narrowly missing the inside of my handbag. 🤦‍♀️ 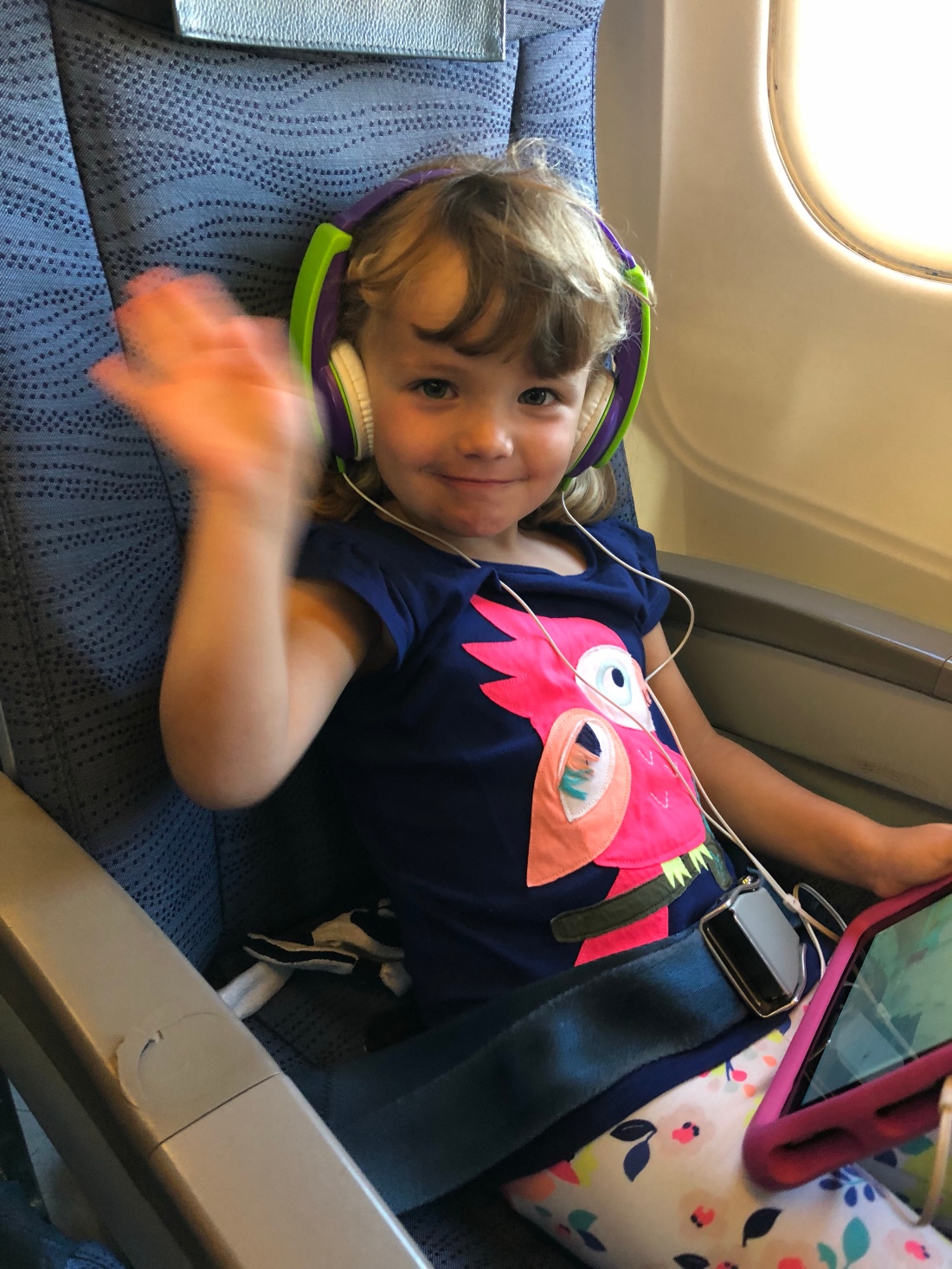 Jules (with whom we are staying in Bermuda) had advised us to be the first to greet Bermudians with a cheery “Good morning!” to create a good impression that would then ease us through the Customs process. We were last but one in the line, and Bugsy has been having a fine old time having races with pretend friend Ellie, up and down the length of the queue ropes, with impressive performances of multiple forward rolls and hopping. This all changed the moment we were invited forward. She didn’t want to stop running around and started yelling at me… argh! While the customs officer and I both laughed (me slightly awkwardly!), Ian tried to get her to come to us. The only thing that worked was the customs guy beckoning her forward and being kind and smiley to her, bless him. He asked her if she’d like to stamp her own passport (she did, naturally!) and then he gave her a warning that he’d have to erase the stamp if she wasn’t good for her mummy and daddy. I asked him if he was available all week, but sadly he isn’t…!

Our luggage had been taken off the carousel already, and we popped it all into the trolley and out to meet Jules! Ah, it was so wonderful to see her waiting there! This woman was a year above me at school and my first real friend there. Facebook has its problems, but for me, the ability it has given me to stay connected to people who were so important to me through my troubled teenage years totally outweighs anything negative about the platform. Cornelia ran to Julia, arms outstretched, to greet and embrace her, and we headed off home together.

Home here, is the most terrific house that Jules and Ryan have spent over a year renovating completely to create a stunning waterfront property, complete with separate guest accommodation, which alone would be a fabulous residence!

Cornelia raced in to meet Somers, who is seven, and she barely left his side for the rest of the day. They swam together, watched Paw Patrol together and went on adventures into space together. I’m so happy she has another playmate for a few days!

Ryan offered to take us out on their boat, an offer we were quick to accept (apart from Cornelia, as she just wanted to go in the pool!) and we were treated to a terrific sightseeing tour of the island. Cornelia was in heaven, relaxing on the bench with the wind swirling around her! The water was quite choppy, so getting in and out of the boat was a bit hairy (with the kids, and rocks for the boat to knock against) but Ryan and Julia seem to have mastered it. 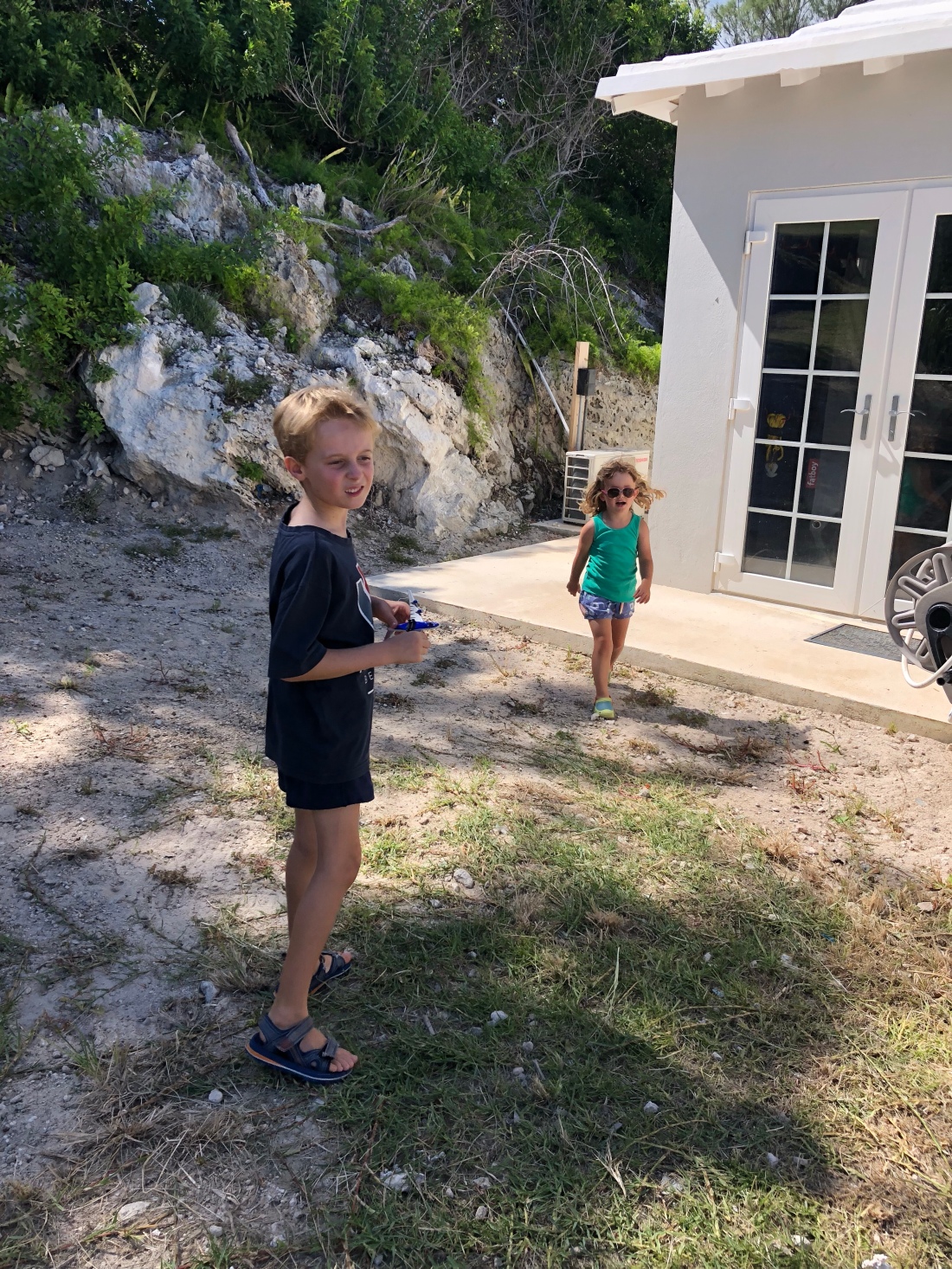 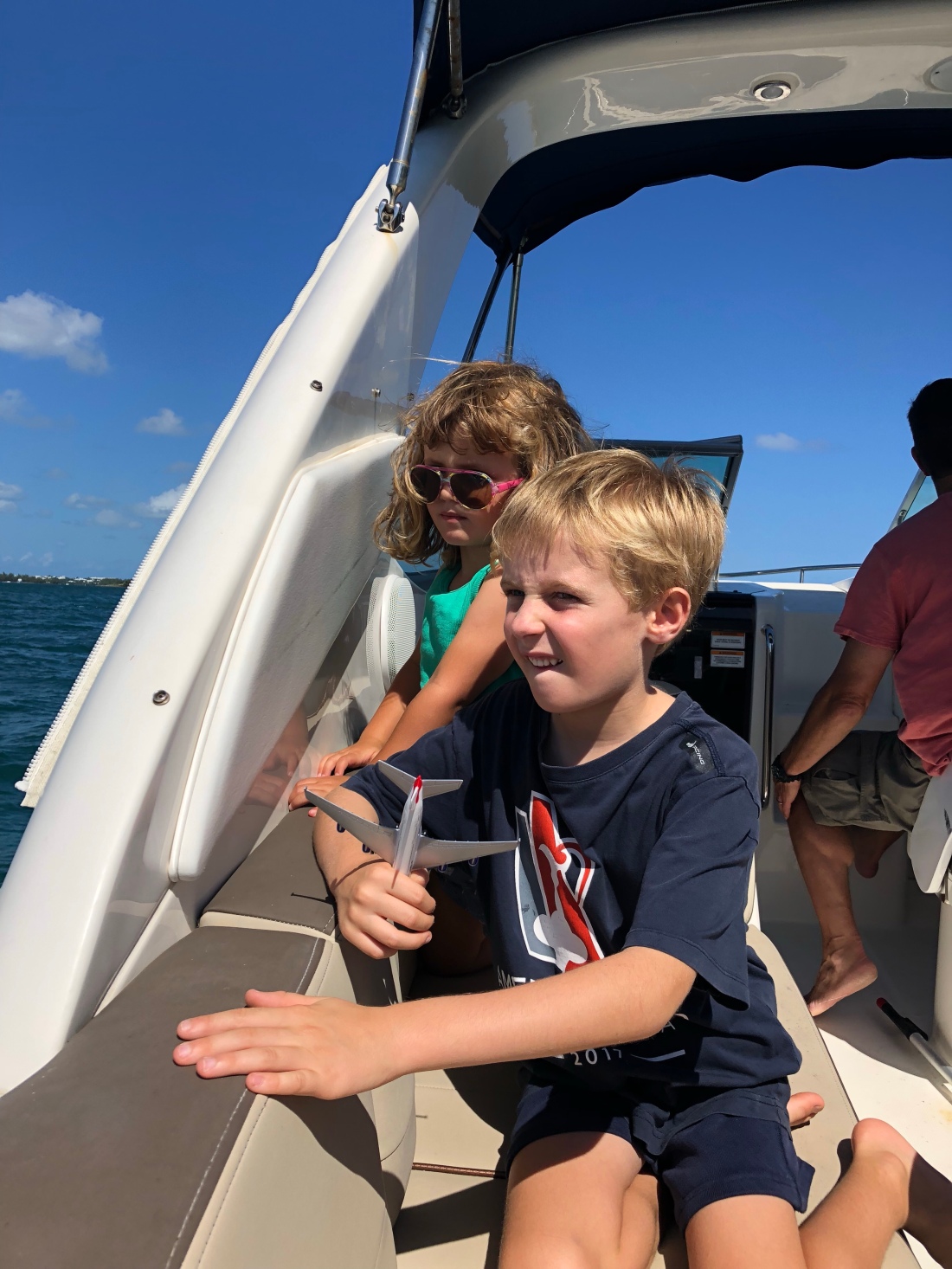 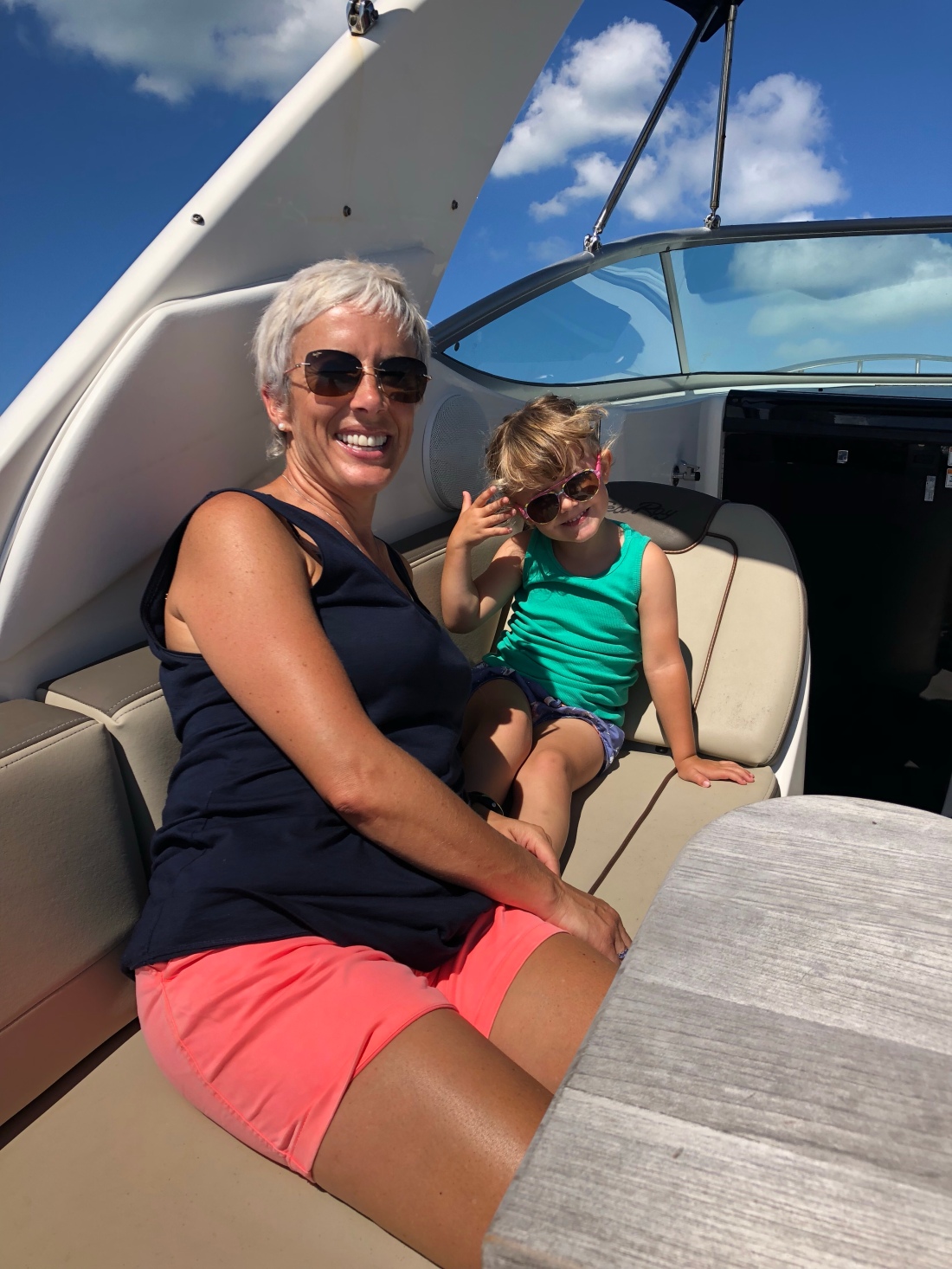 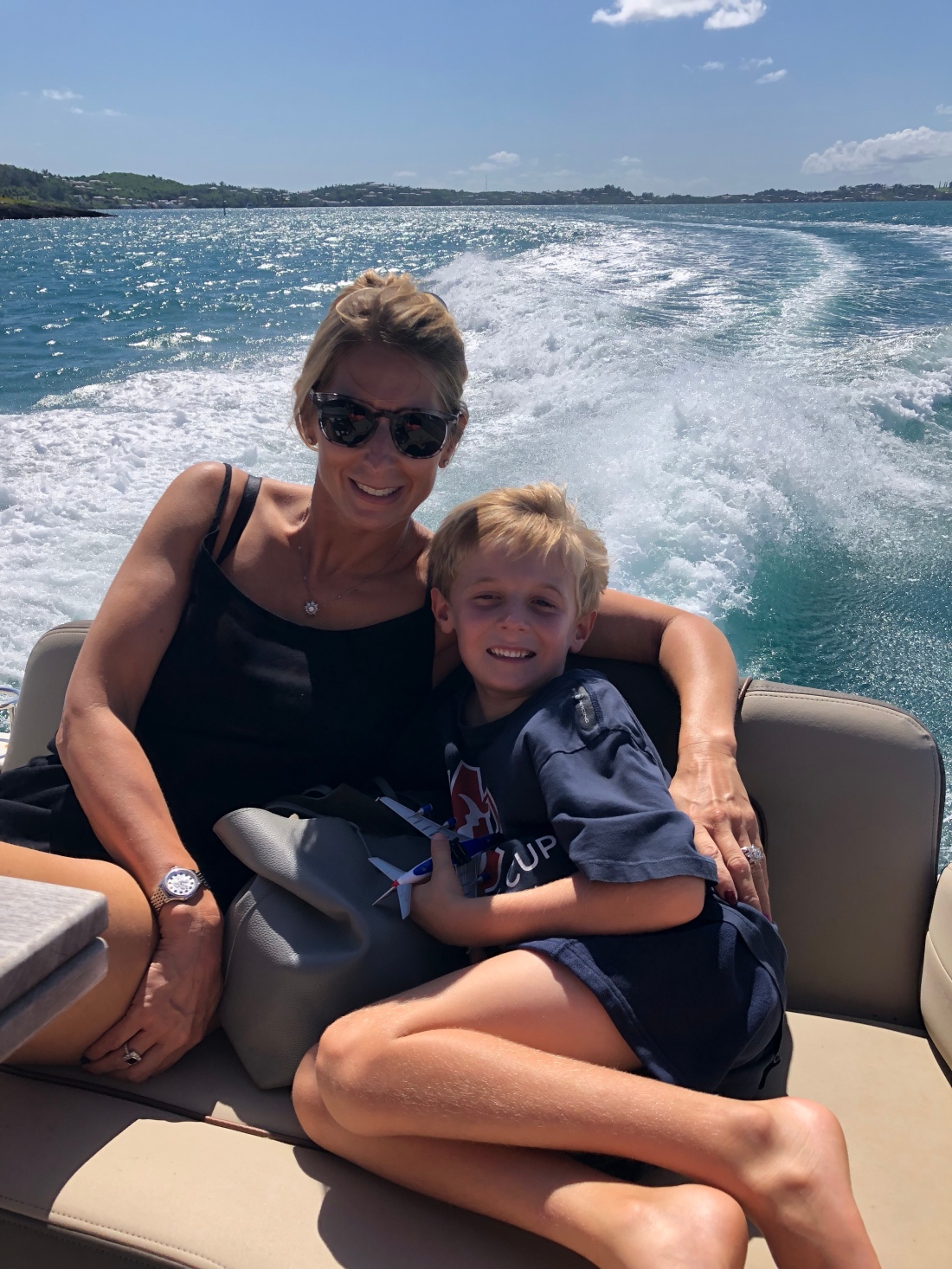 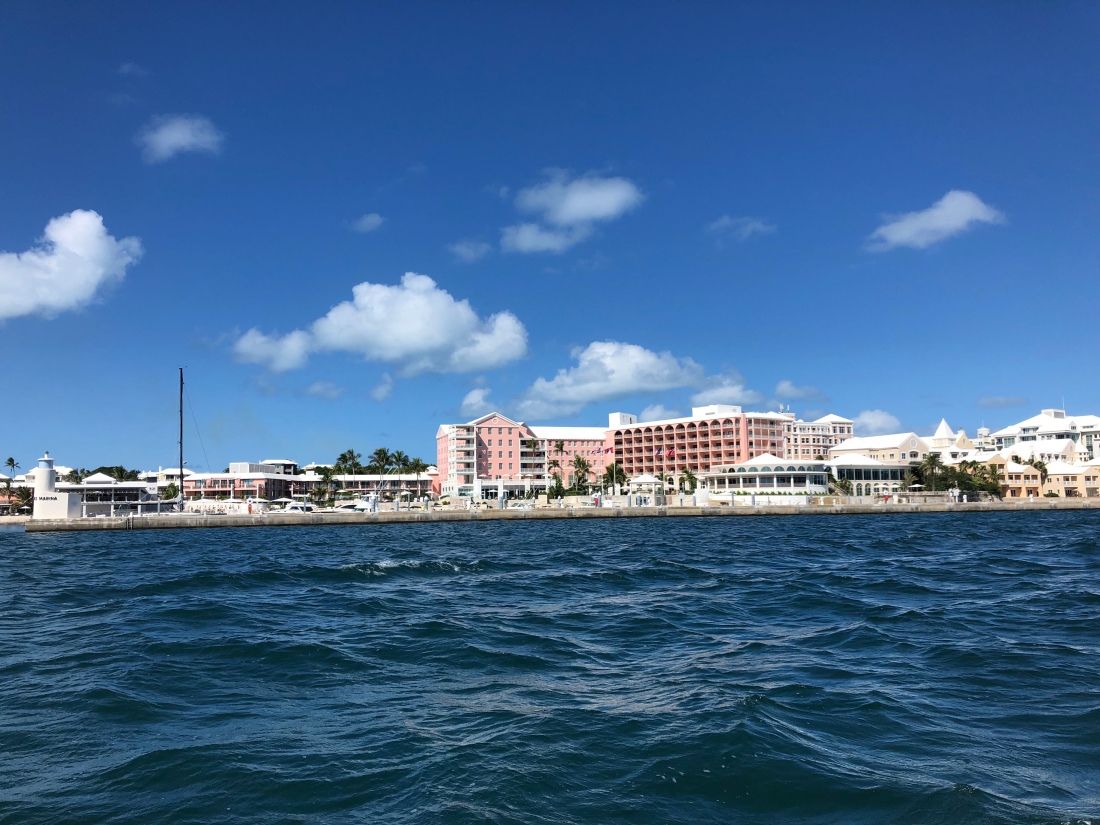 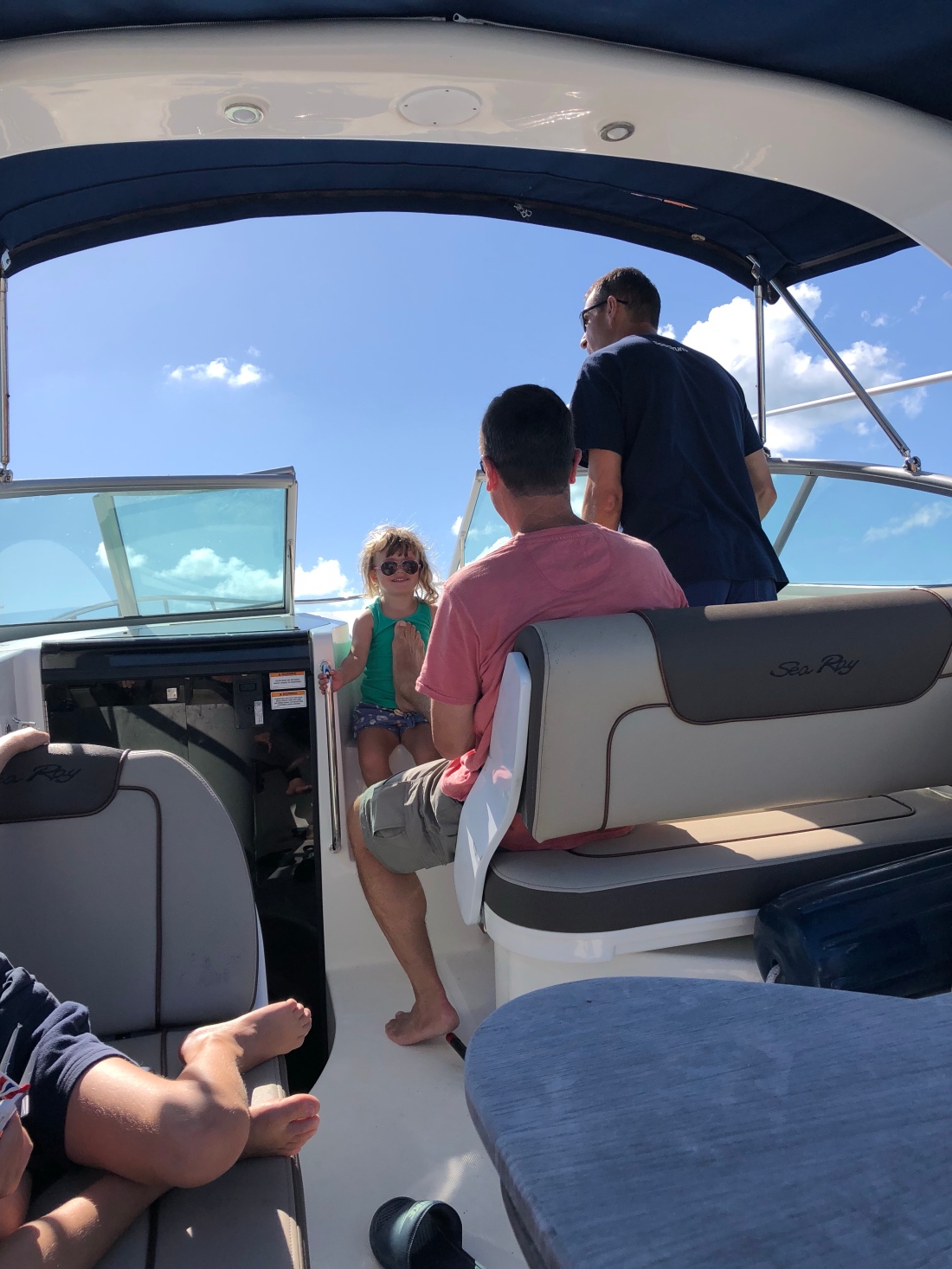 Back on land, Ian took Cornelia into the pool with Somers, while I relaxed with a beer, catching up with Julia and Ryan. Ryan then produced a barbecue feast of steak and sausages, with loads of sides, and we stuffed our happy faces! 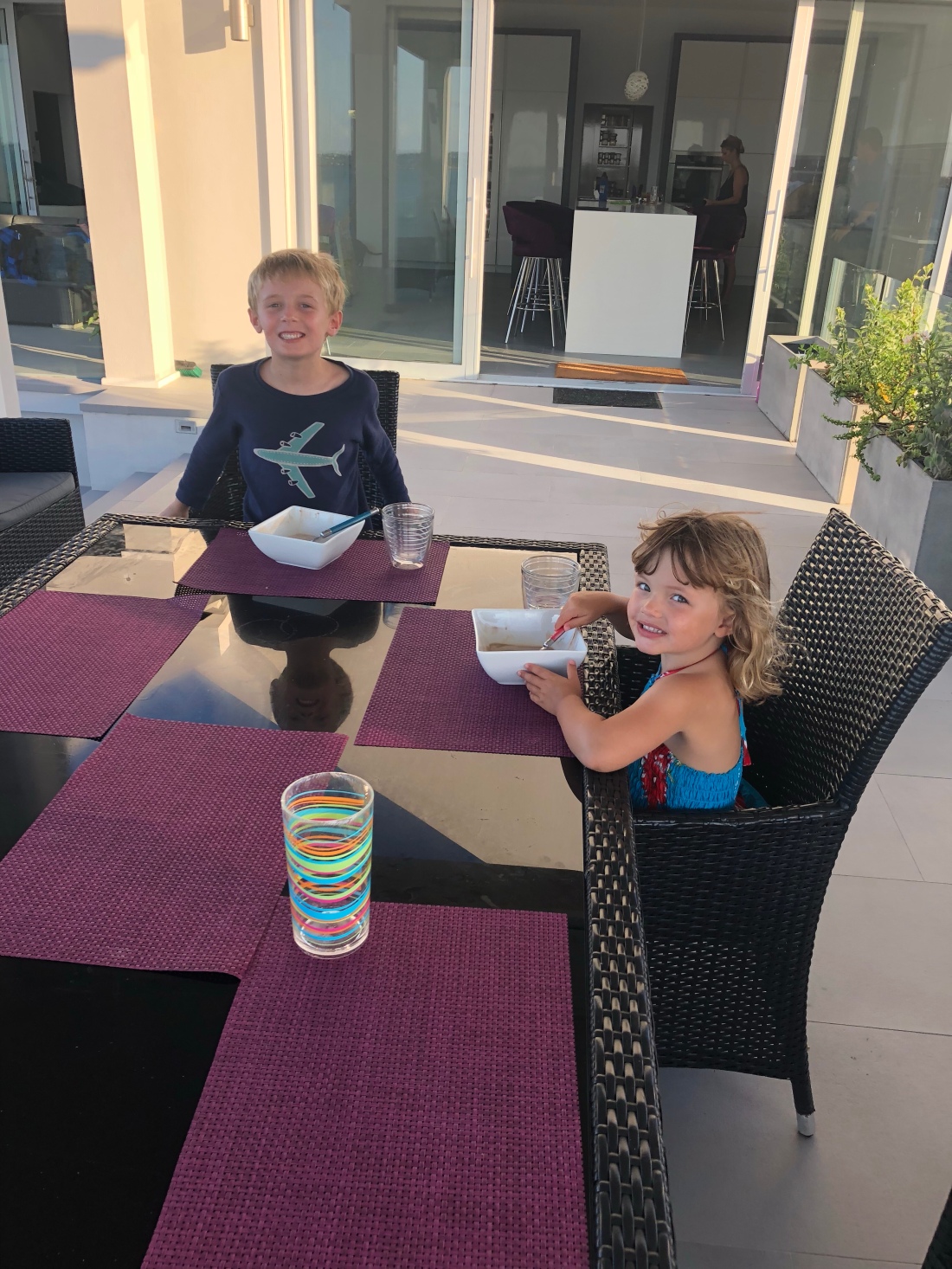 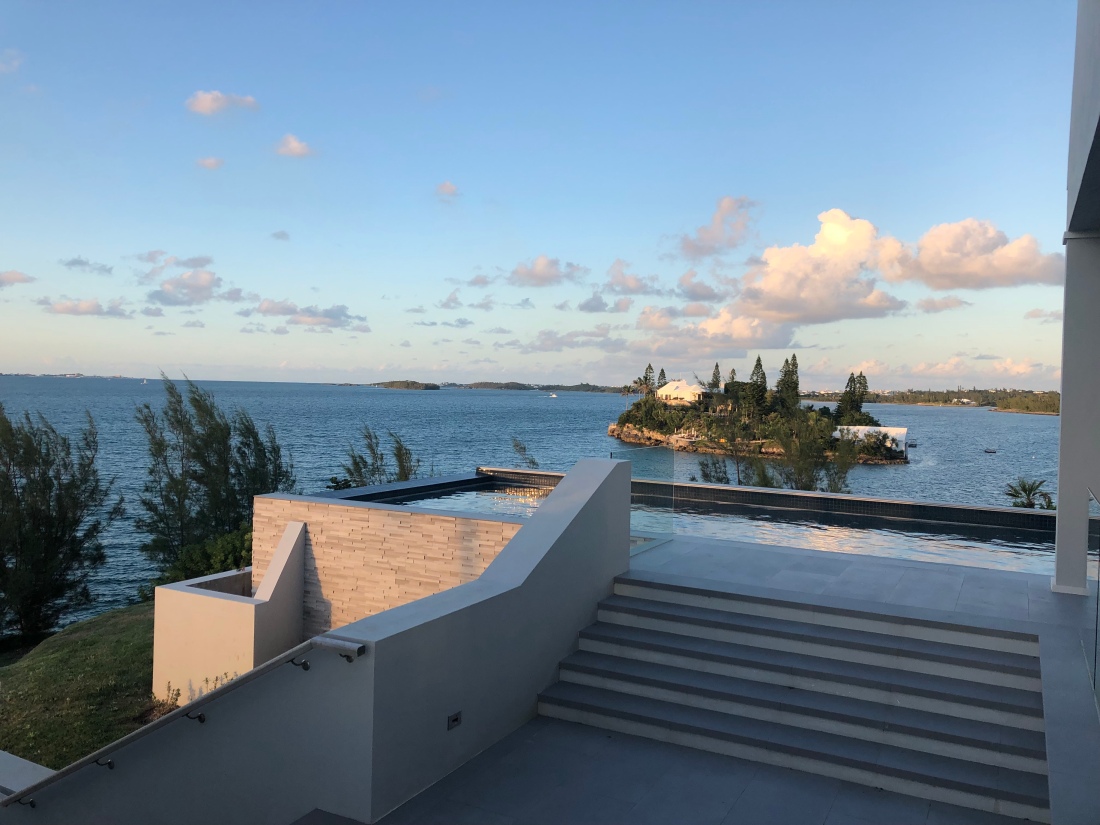 Cornelia had done brilliantly (especially as she’d been up since 05:30) and was definitely ready for bed after she’d eaten. She wanted to stay and dance with the disco lights, but we persuaded her down to our guest apartment and, after her stories with Ian, I cuddled her for ten minutes, before she was fast asleep. I went back upstairs, but we were also getting quite tired and were in bed reasonably early for us, ready for a full day of fun tomorrow!

One thought on “Old school friends”