It was nice to wake up and not have to rush to check out, as checkout here is 12:00. Cornelia had another twelve hour sleep, which hopefully will put her in a great mood for a long flight to Maui later today. We bathed her and Ian showered, and we went next door for breakfast. Cornelia remembered that we had video called Auntie Carole and Lara Bear on her birthday the last time we were here. 😬

Breakfast was uneventful, and we returned to our room to pack up, and Cornelia watched some Disney cartoons for an hour while Ian and I worked out what we could do when we got back from Hawaii next week. Eventually, we booked a train ticket to Vancouver from Seattle. It is supposed to be a lovely journey and was the cheapest option for us! 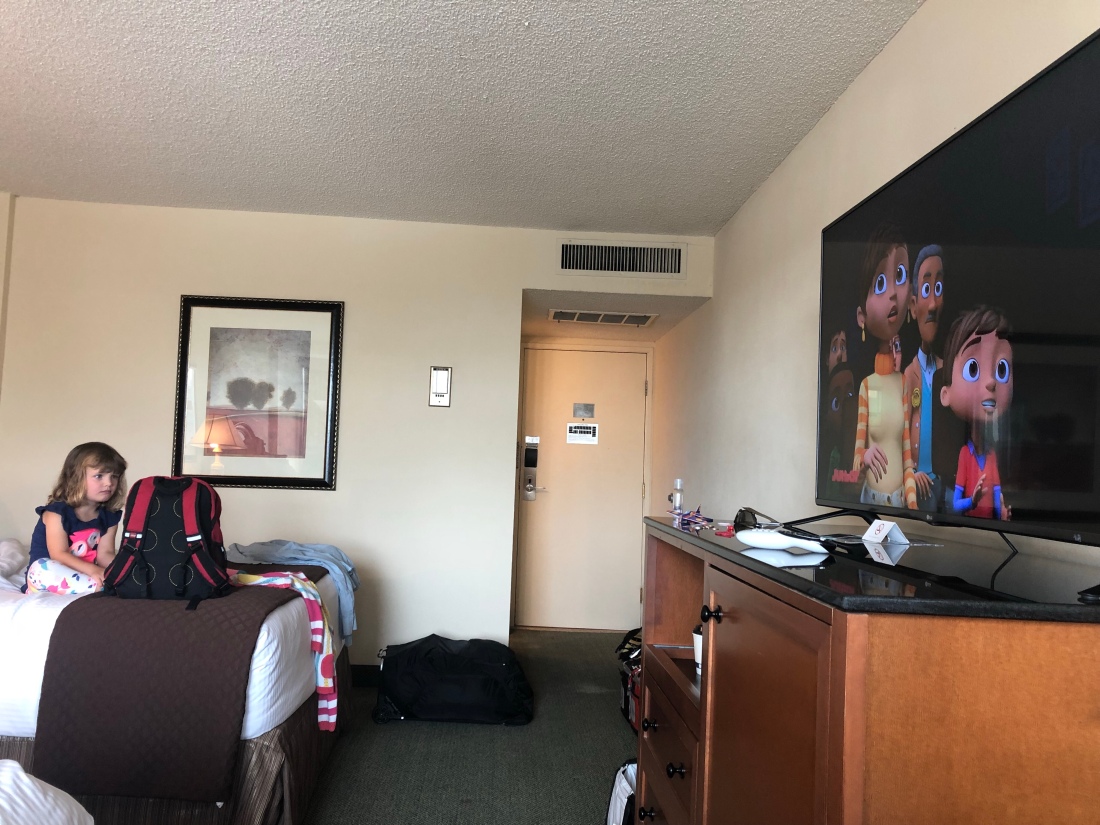 Once that had been done, we had a few hours to kill before we needed to be at the airport, so we walked a kilometre to Angle Lake Park which was fabulous fun for Cornelia. There was a big assortment of fountains and we stripped her down to her pants so she could run around in them, before Ian went off to get a haircut and Bugsy and I went further into the grounds to the playpark (having dried her off with my shirt!). 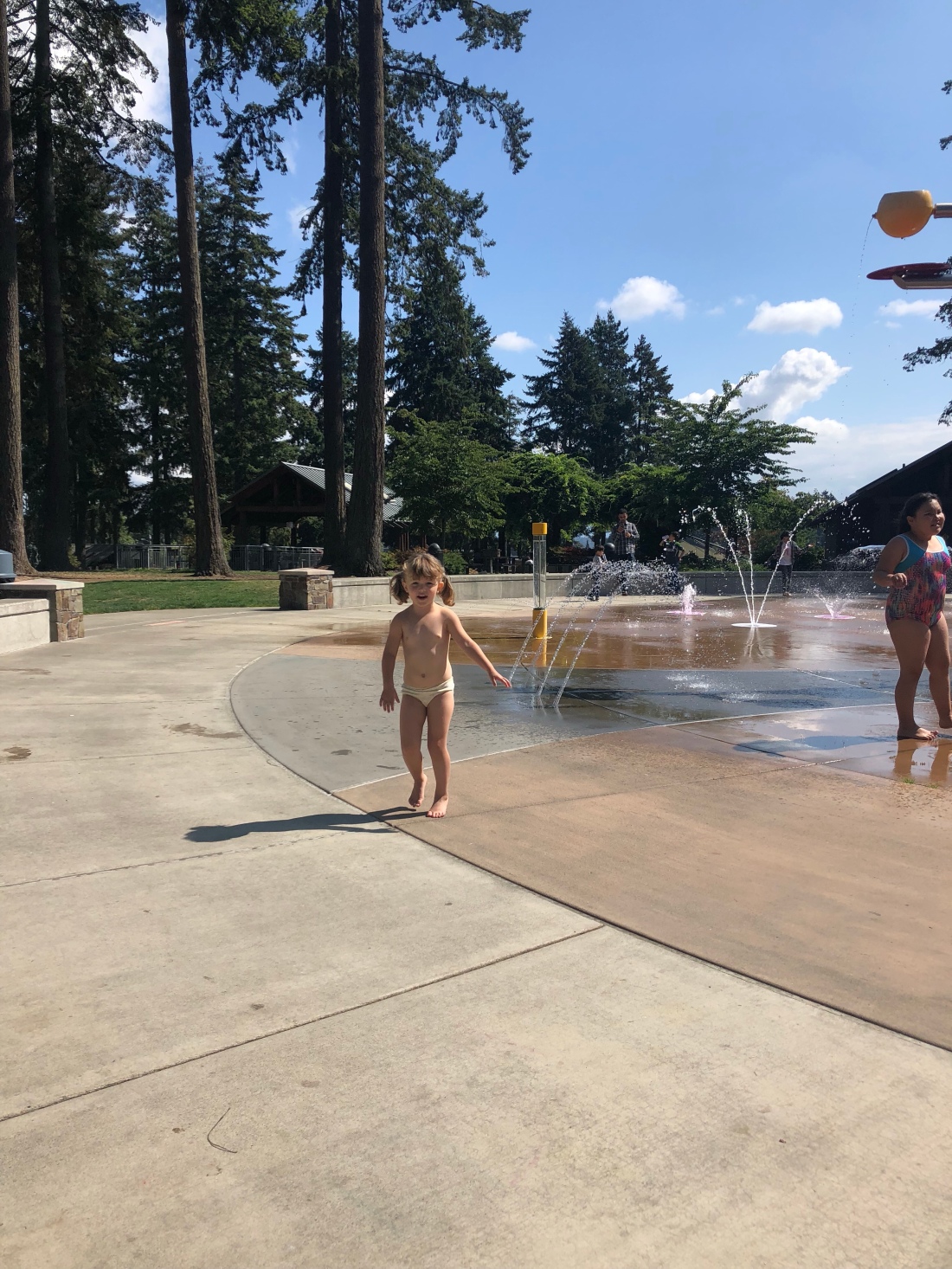 The play area was full of other kids and Cornelia happily got stuck in, trying to copy the older children (sometimes not quite so successfully!) and waving at the smaller ones, but equally happy doing her own thing. She called me over and we played hide & seek and collected pine cones to make a tower. Thankfully, before the impossible tower construction began, Ian came back from his haircut and Cornelia announced that she was ready for lunch. 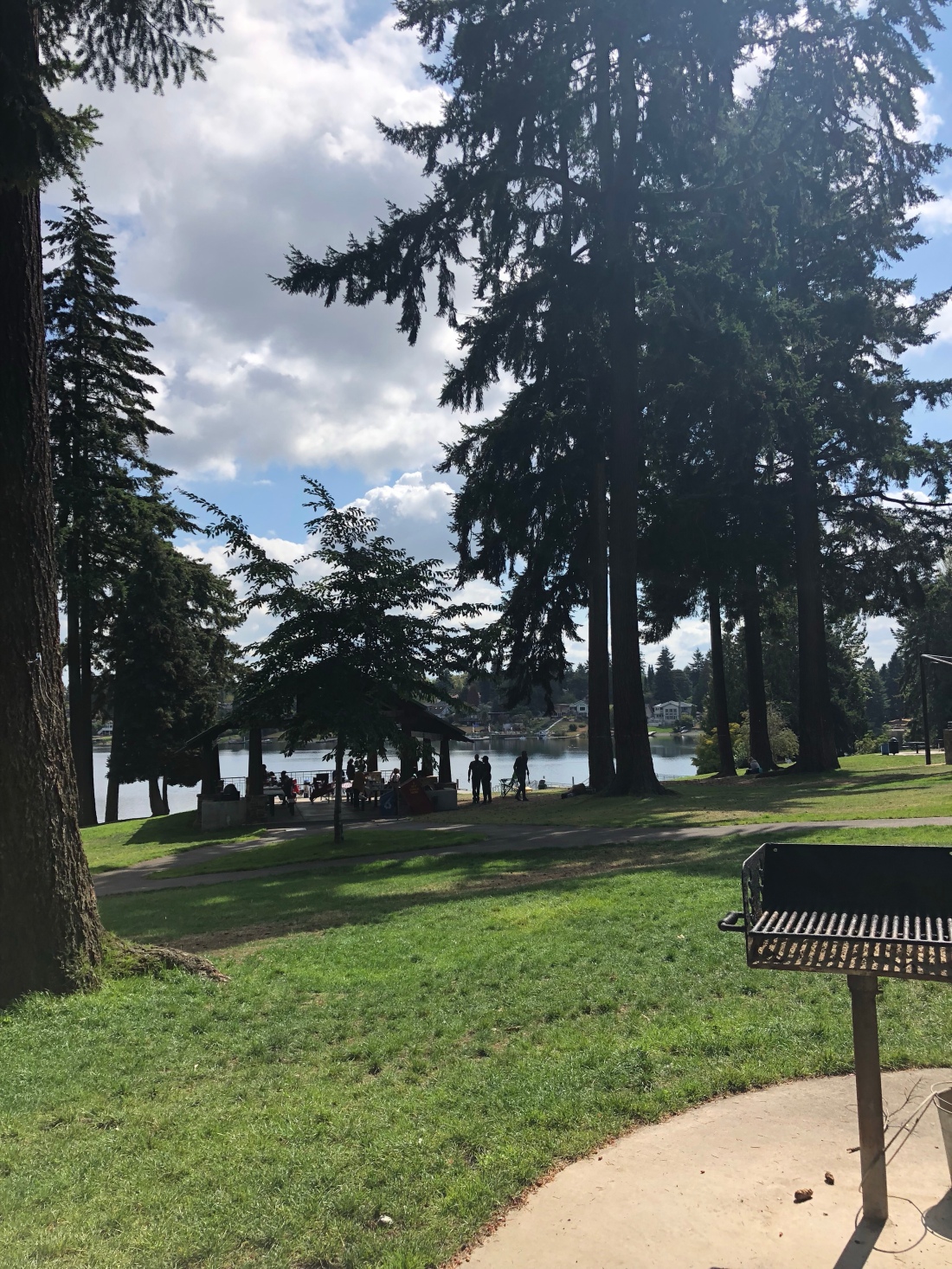 It was the choice between Denny’s and Dave’s Diner, and as we’d already been to a Denny’s on our world adventure, we decided to give Dave’s Diner a go. It’s always good to try something new, and this was no exception. It was wonderfully “American diner” complete with booths, lots of Route 66 memorabilia, and each booth was named after a different city. Naturally, we were shown to London! 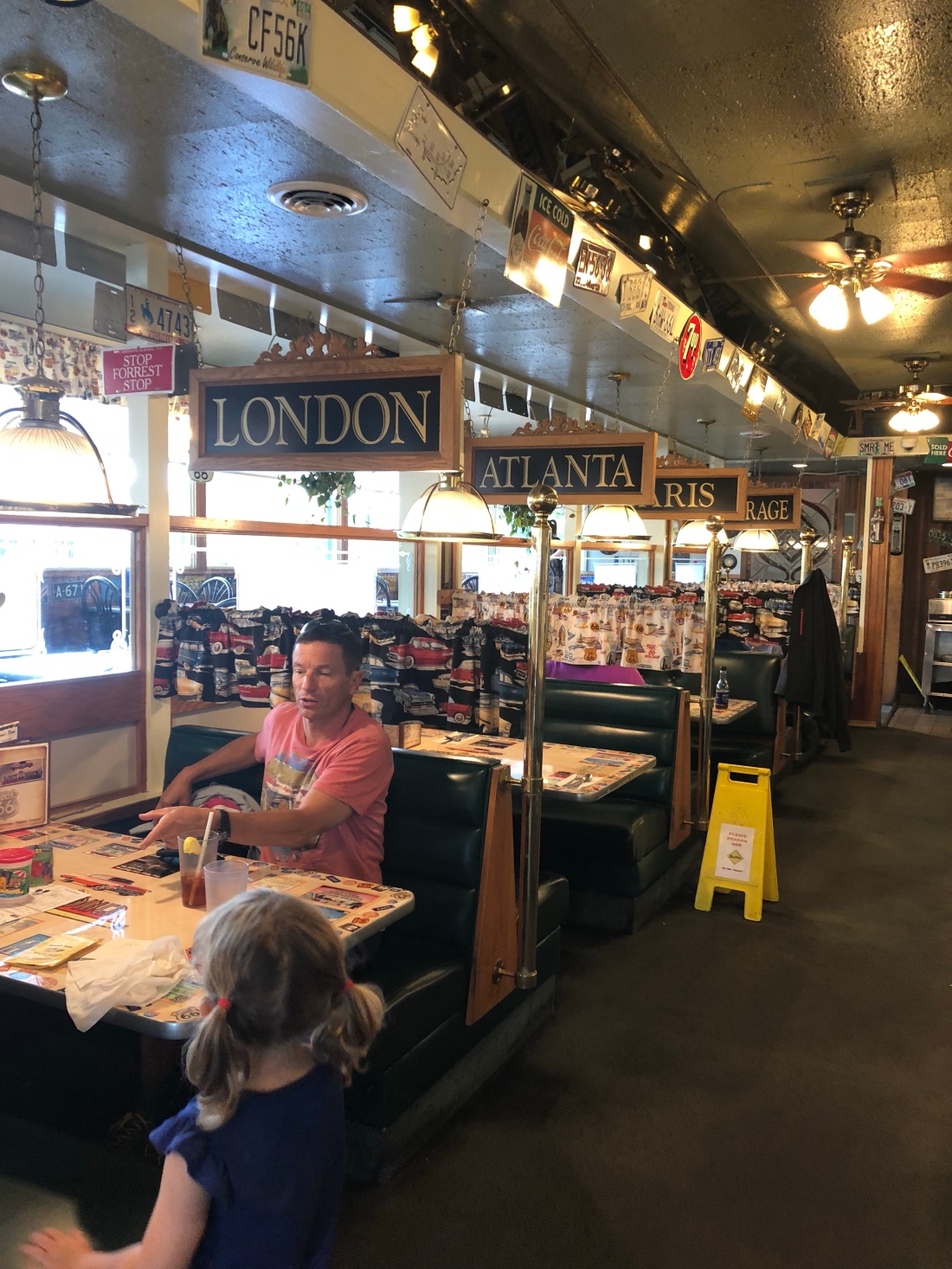 Service was a little on the slow side, but very friendly, and we were in no rush, as we had plenty of time to kill before needing to be at the airport, so we just relaxed and enjoyed the atmosphere. Everything was homemade our server told us and it was all delicious. I wasn’t terribly hungry, and had potato skins filled with cheese and bacon brackets (which was a starter). However, it was enormous! I had to give one of them to Ian! Bugsy ate her entire bowl of spaghetti and the two Oreo cookies she was given, and Ian not only managed his clam chowder and sandwich combo, but also a slab of homemade lemon meringue pie. It was just as well that we weren’t being served a meal on the plane tonight! 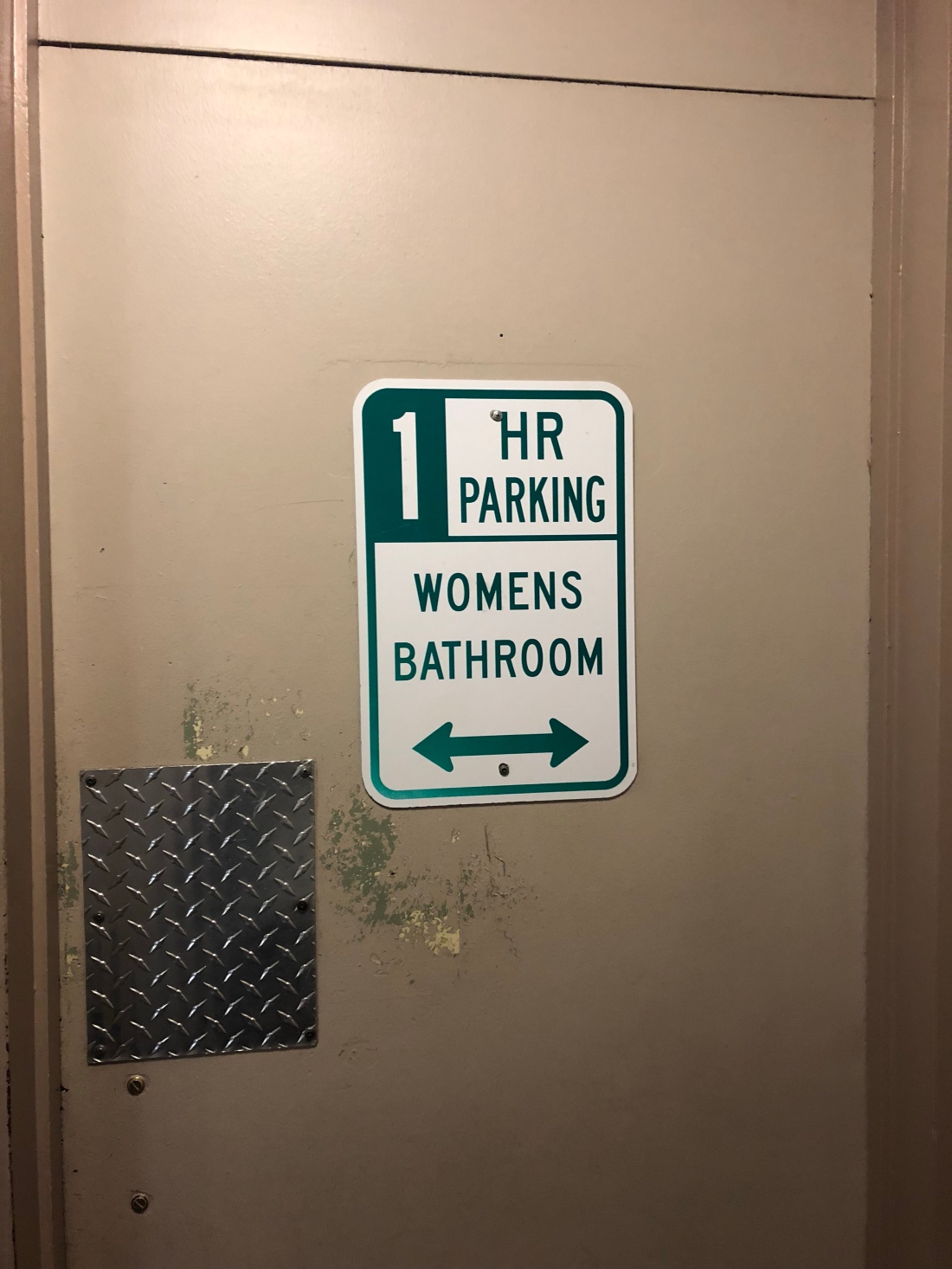 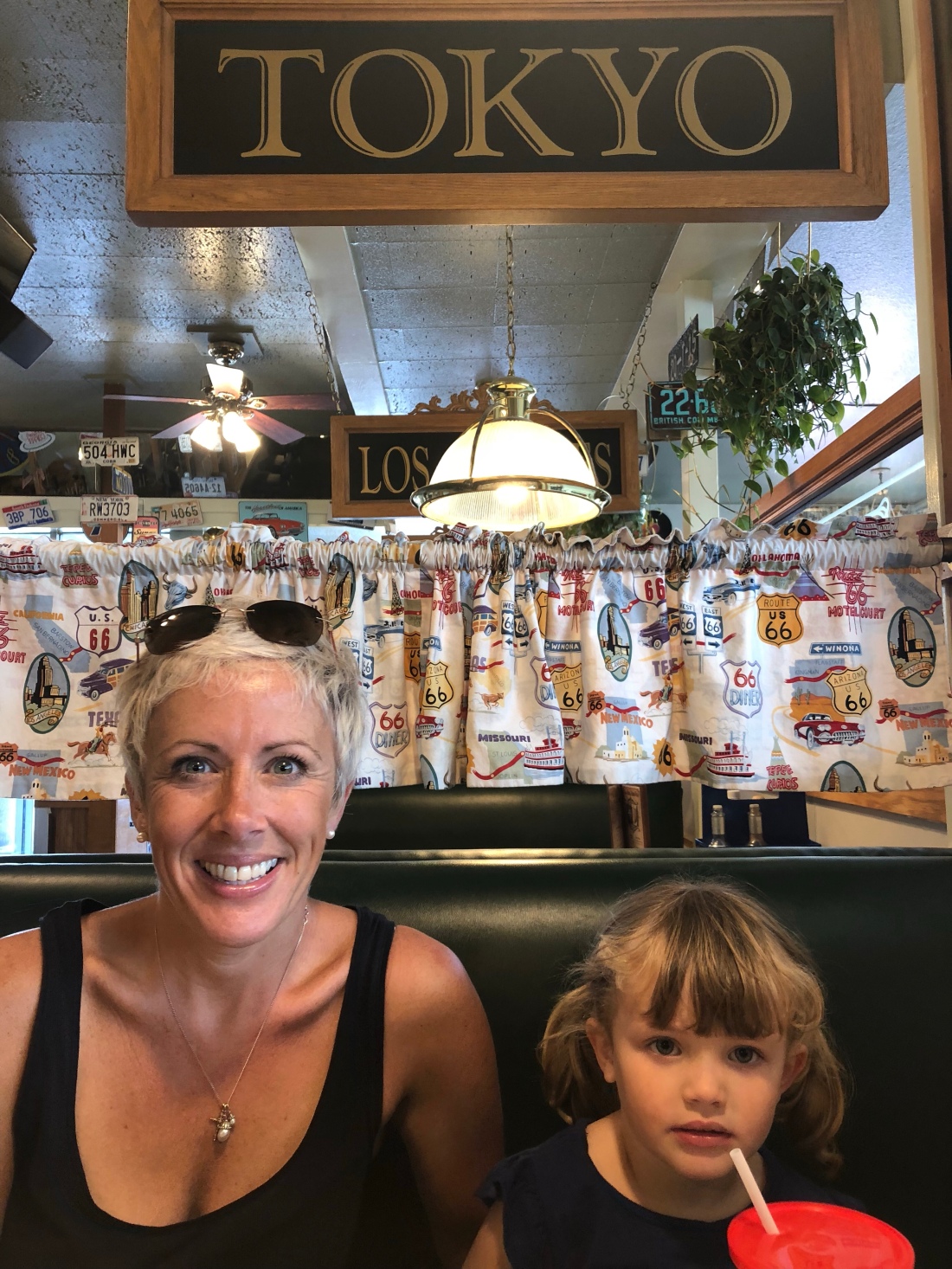 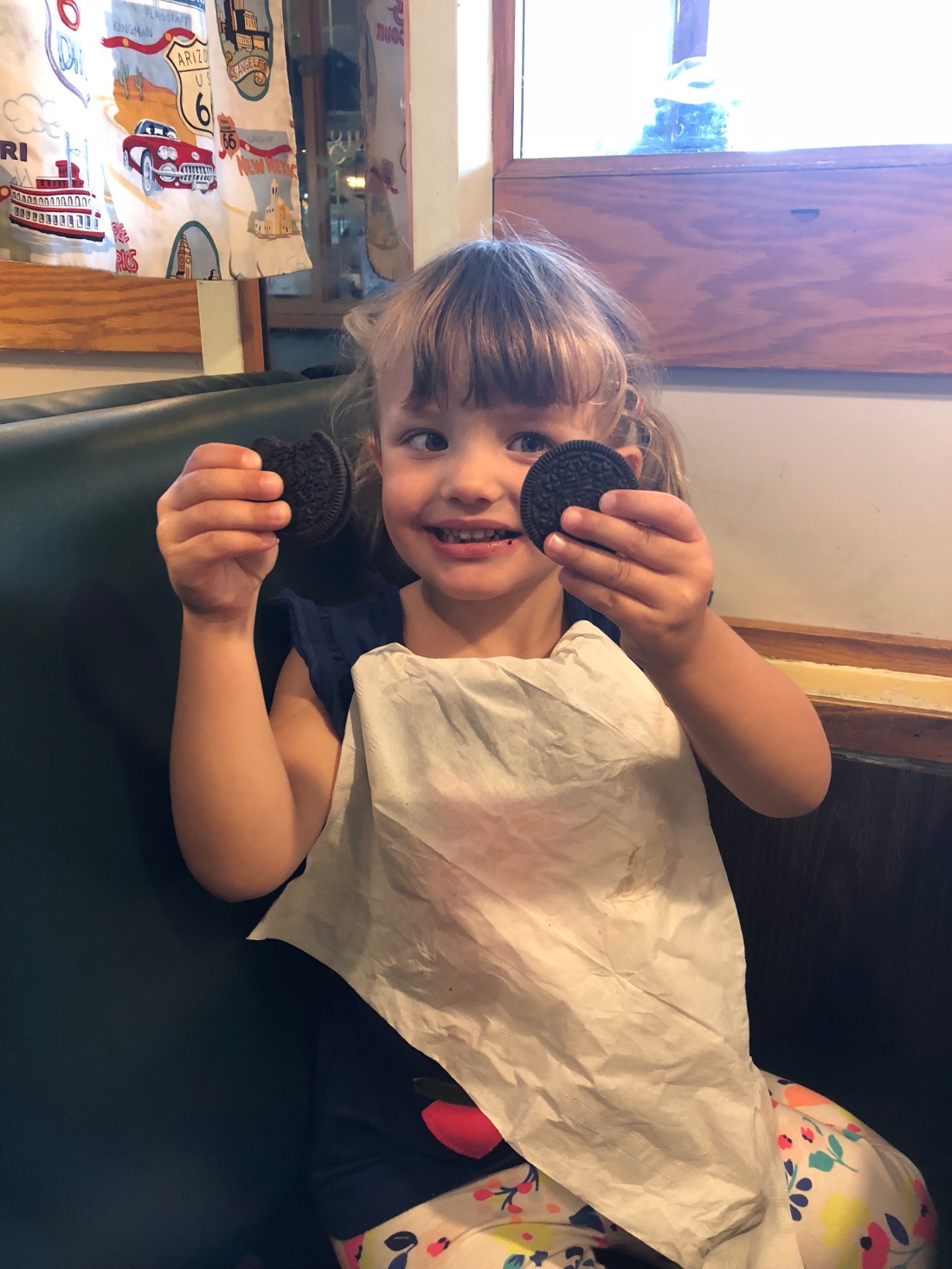 Once we’d finished and paid, we walked back to the hotel to collect our luggage, which took nearly half an hour, as the poor concierge was working by herself and both customers (including ourselves) had six bags each, and she was finding it all a bit of a struggle. Anyway, we lugged it all onto the shuttle bus, and our driver from yesterday, Faisal hopped on to have a chat to Cornelia while we waited for our bus driver for this vehicle to arrive. We were then whisked off the airport, checked in (seats together this time!) and through security. Even Ian‘s bag wasn’t checked this time! 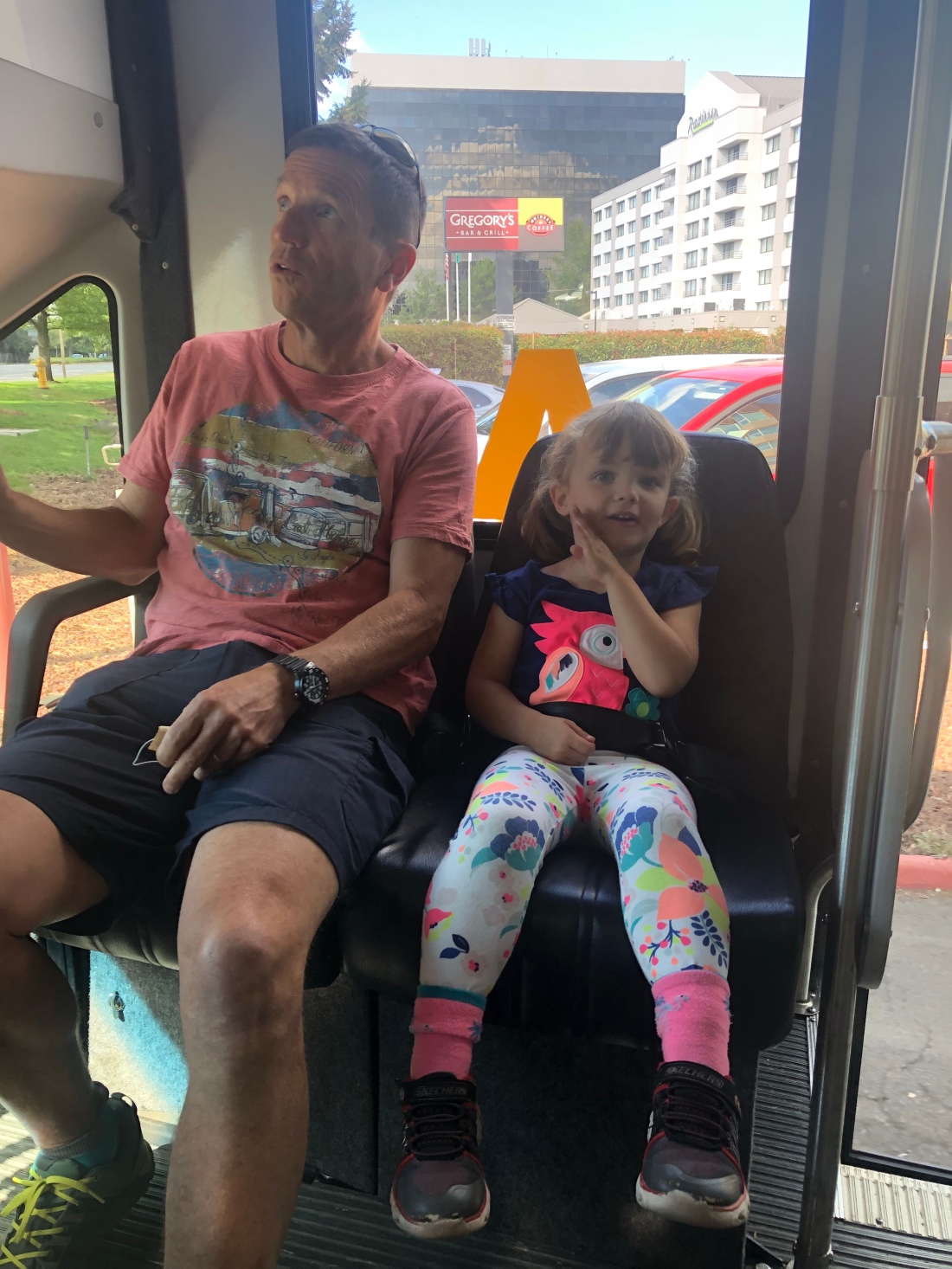 Ian found a kids’ play area so Cornelia was happy (and he could sit down, as he hasn’t been feeling too well these last couple of days – cold and a cough), and I found a Mac shop, so I was happy…! I decided to buy a sandwich and a fruit & cheese platter for the plane, just in case we needed to eat. We boarded the flight, meeting a happy little baby girl, Declan, in the queue. Unfortunately they weren’t sitting anywhere near us, but Cornelia was delighted to see such a sweet happy little baby. She was in a joyful mood, dancing and singing and twirling. One woman remarked how cute she was, and Cornelia turned round me and said it’s true isn’t it! Perhaps I shouldn’t be telling her so often…!

Bugsy was brilliant on the flight. She stayed awake the entire time without complaint. Our flight took off around 6 PM and was due to be around six hours long, so it might have been awful, but she was brilliant. She watched Paddington 2 on the iPad that we borrowed from the airline, and then started watching Ferdinand, but eventually grew sleepy. She asked to take her clothes off and lay down on me in her pants with my shirt over her. Surprisingly, they couldn’t supply a blanket and pillow but we made do with Ian‘s fleece and my shirt, and although she snuggled down, she stayed awake.

Ian and I shared headphones and watched The Martian and I watched most of Joy, before it was time to land, at about 21:00 local time and collect our luggage. There was no Uber available, so we took a regular taxi to our apartment.

We tried chatting to our driver, but his accent was so very strong that we really struggled to understand a lot of what he said. I must admit, this surprised me!

Although we were just keen to get Cornelia to bed, we had a quick look around the apartment and, again, we have been blessed with a terrific “condo” with a patio, small garden, two bathrooms and a well-equipped kitchen. Cornelia was asking to go straight to bed again, and she settled down on her sofa bed after a Princess Cornelia story, and fell asleep at about 23:00 local time (which was about 01:00 Seattle time). That girl has some stamina!!