I set the alarm for 07:00 today, to give us two hours to pack up and clean the van. Cornelia stayed asleep throughout the whole process, and we had to bang around quite a lot until she woke at 08:30. She then had 30 minutes to wolf down her porridge while Ian and I packed and cleaned around her. To be fair, she did pretty well and we left site just half an hour behind schedule (!). We filled up with gas on the way to the RV drop-off point, although my directions left a little to be desired as I missed two turn offs. Whoops!!

At the RV site, the checkout process was fairly swift, if not a little hectic. We had cleaned everything pretty well, although the same could not be said of the previous family… what I thought was mould in the fridge turns out to be chewing gum that someone has taken the trouble to stick in between the grates at the back. It would be quite hard to get in there, so it must’ve been a deliberate act. How revolting! Ian thinks that maybe they were saving it to chew later. 🤢 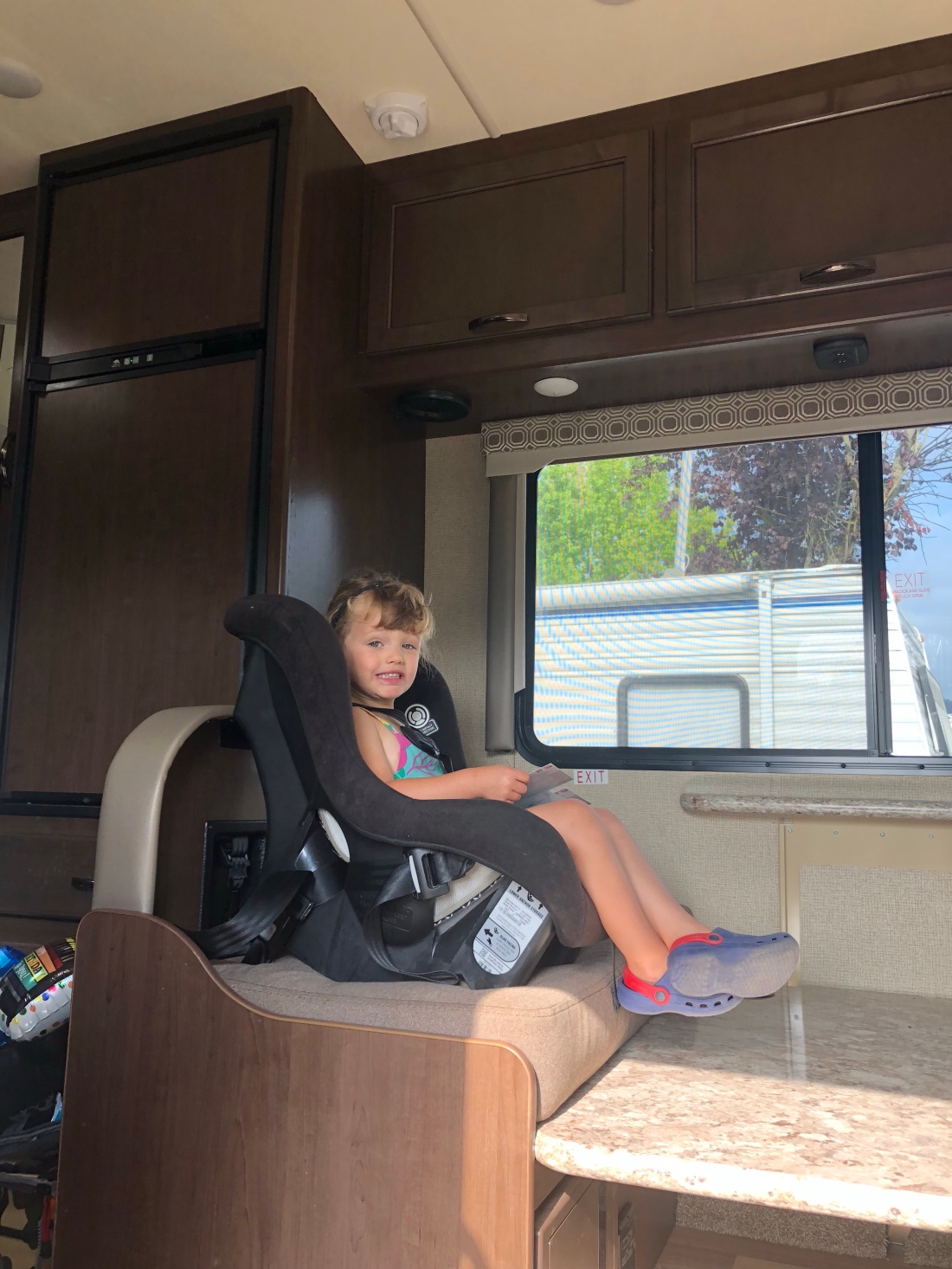 We had to wait a while for our taxi to take us to our airport hotel, as the scheduled minibus was not running and they were ferrying people individually instead, using just one taxi. As we waited, Cornelia amused herself on her Fire Phone, although she then lost those privileges because she bit me when I told her I was not decanting her baby chino into a 3rd cup. Revenge for waking her up early??!!

We witnessed some pretty greedy behaviour there, which really surprised us. Any leftovers you had, you could leave for others to take (those collecting RVs later in the day). One couple had arrived very early and were basically stockpiling everything. They had, for example, taken all twelve rolls of kitchen paper.

We had some excess to pay, due to our additional mileage, but other than that, we were free to go, and when our taxi driver finally arrived, he took us safely to the Red Lion airport hotel, where we deposited our bags and headed straight out for the rail line into downtown Seattle.

It was time for lunch, and Cornelia was after her new favourite again – a hot dog – and we found a stand right next to a little play area, which was perfect. We sat and had our lunch, played in the park and did a bit of wandering around the stores, before taking the monorail to Washington Park. 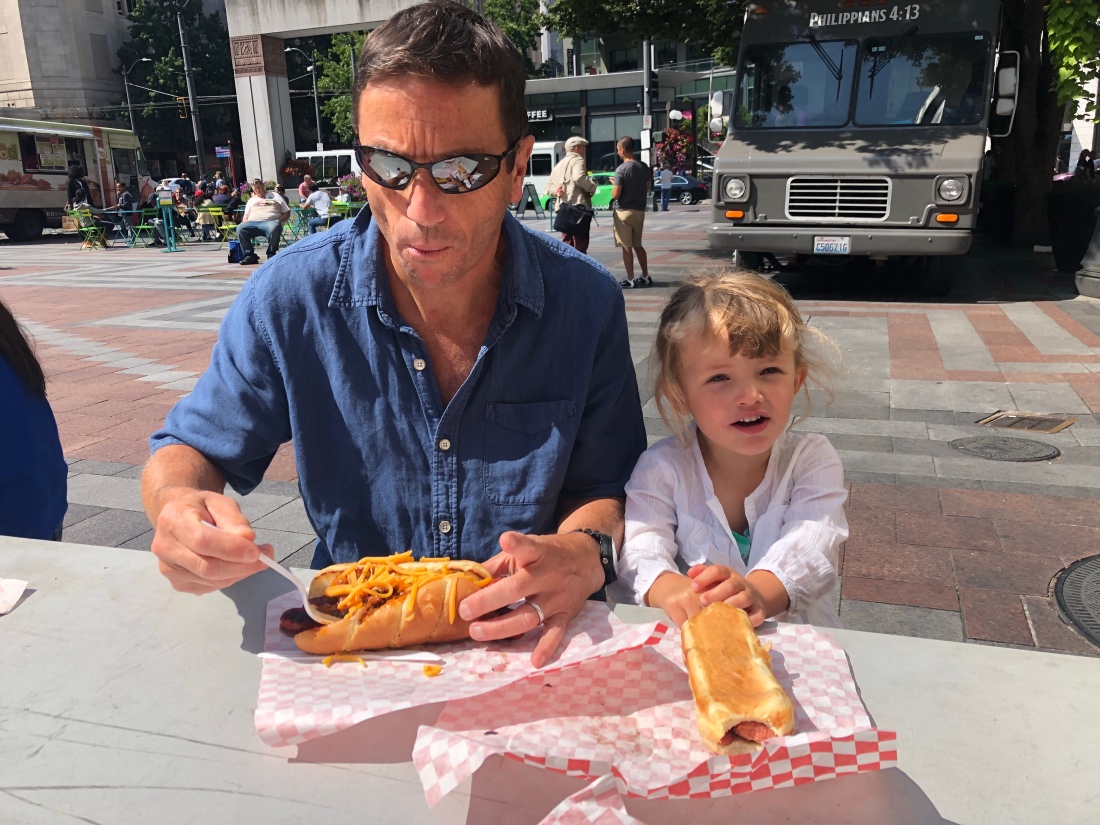 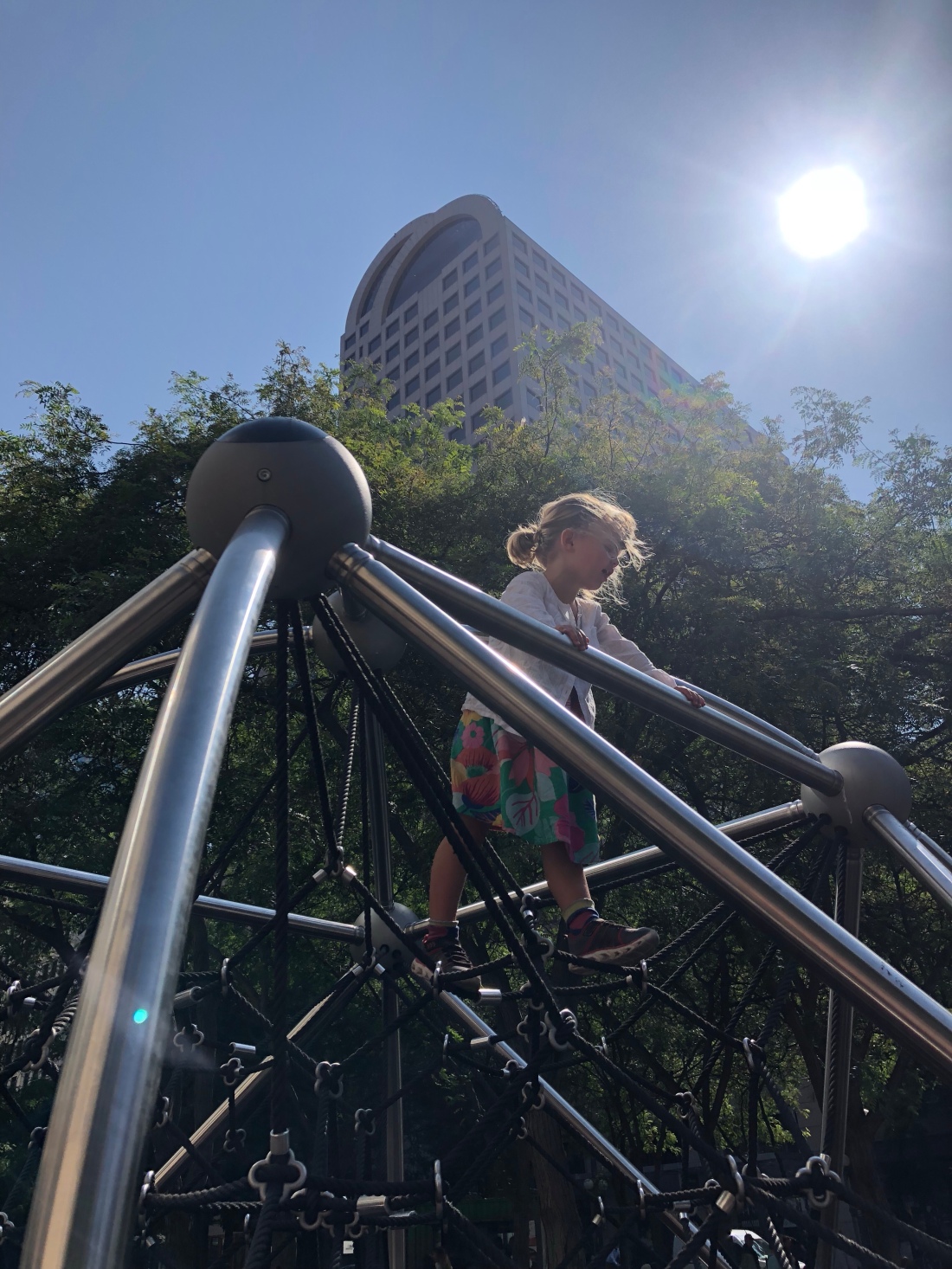 What a find this area was! There was a huge indoor expo, lined with little restaurants and filled with seating, and a children’s toy museum. Cornelia was after an ice cream, so she had one of those while Ian explored. The museum was closing at 17:00 (it was now 15:45) and it seemed pointless to pay full price for which a short visit, and we were about to leave when the girl at the desk said that in fifteen minutes, they would be selling tickets at $10 for all three of us. Result! So we waited patiently, reading their books in the little shop there, and then bang on 16:00, we entered. It was terrific for Cornelia. And Ian!!! We started in the Cog Centre, where you could test all sorts of scientific theories, and build you own tracks to roll balls over etc. They were in heaven together!

It was a struggle to get either of them to leave but there was still quite a lot to see and do in the museum and they had been very clear about the 17:00 kick out time. Cornelia did all sorts of things… explored a volcano, delivered the mail, put out a fire… truly a place for inquisitive children. 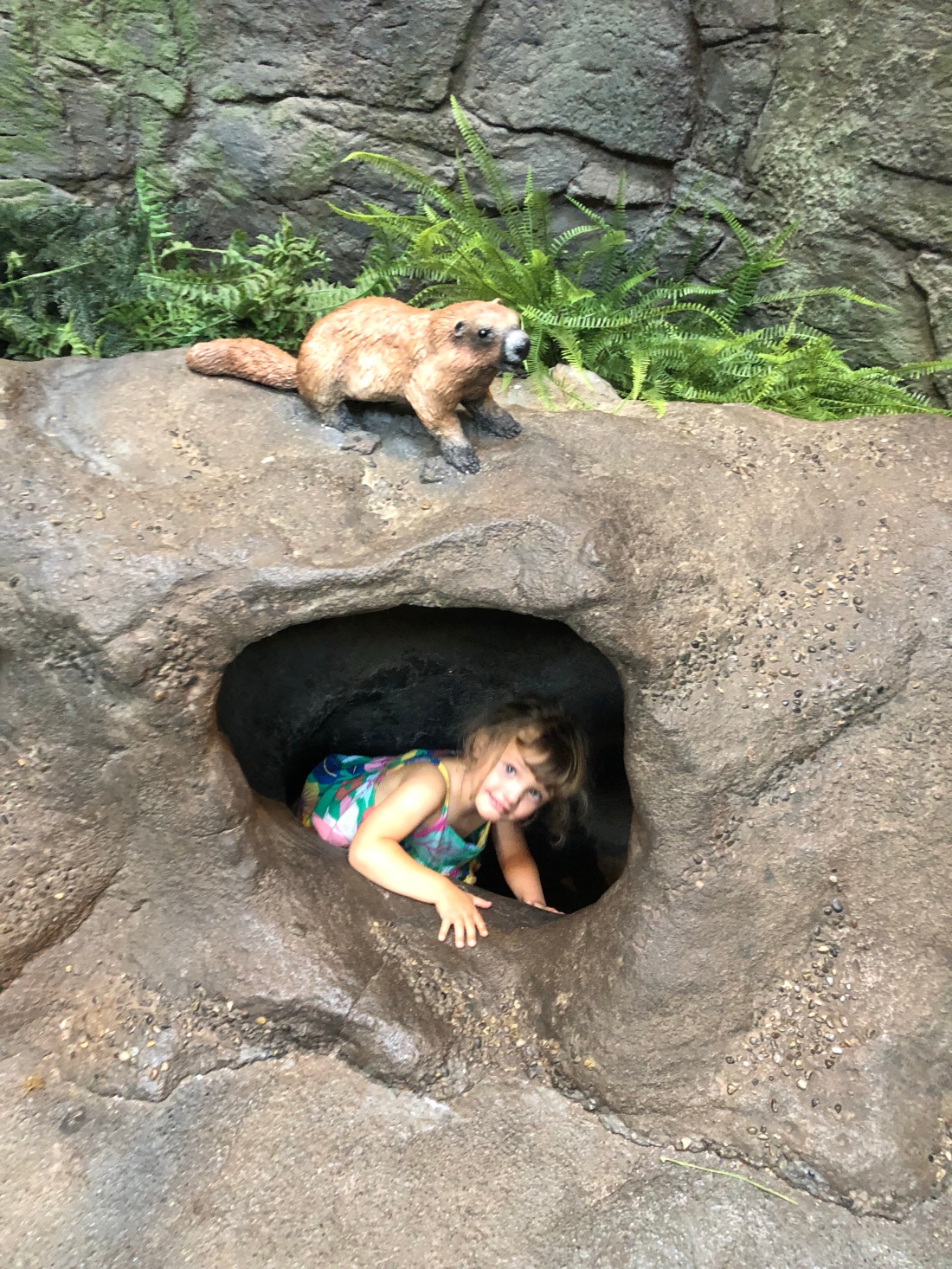 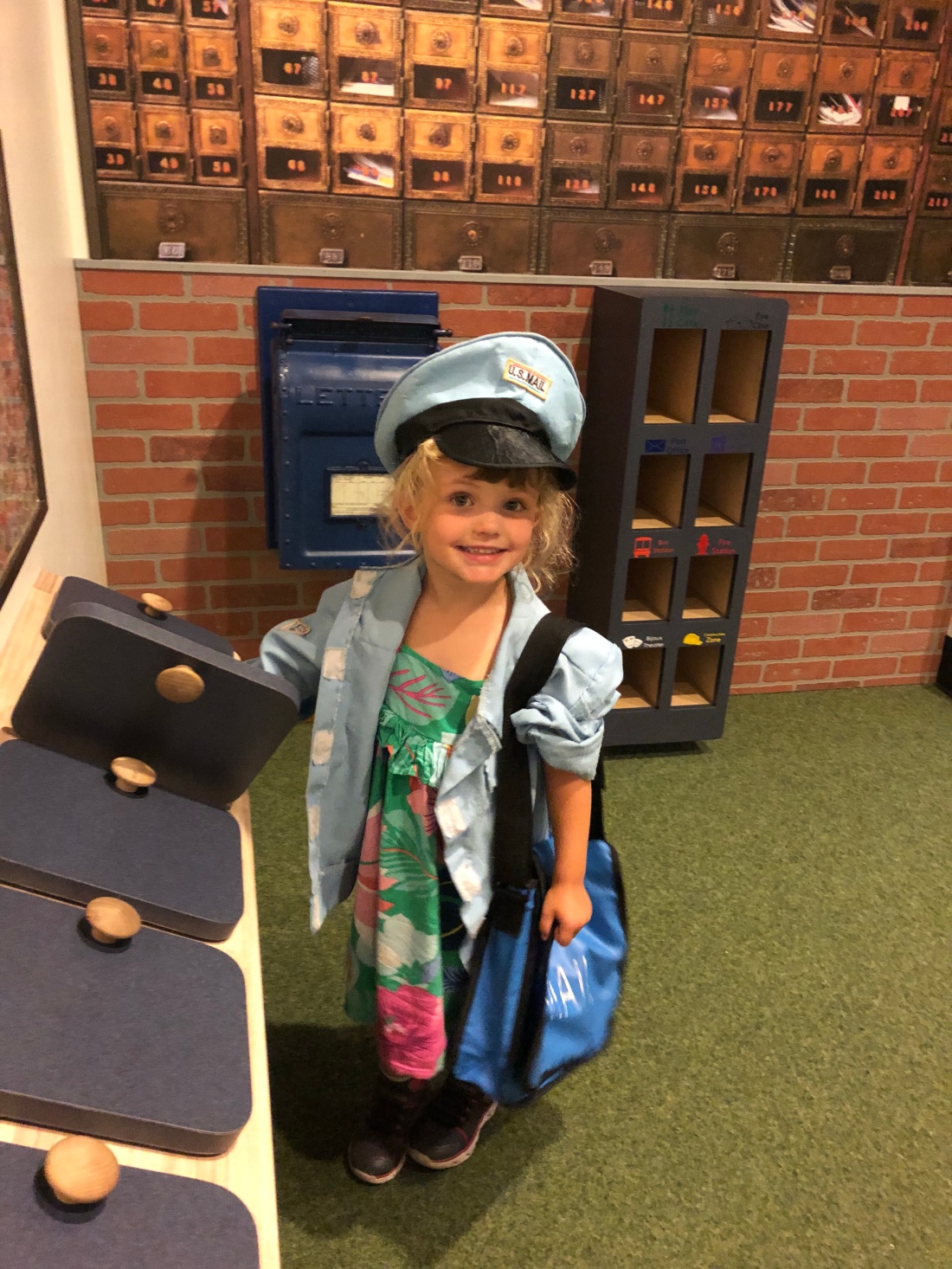 It was still glorious sunny when we left the museum and we went for a stroll around the park, during which we discovered the most fabulous fountain, which was crowded with shrieking children running in and out of the spray. The huge domed fountain was in the centre of a long slope that you could sit on, so Cornelia stripped down to her pants and was immediately in there, while Ian and I relaxed in the sunshine, listening to Aretha Franklin playing loudly through the PA system, watching our little girlie have the time of her life! 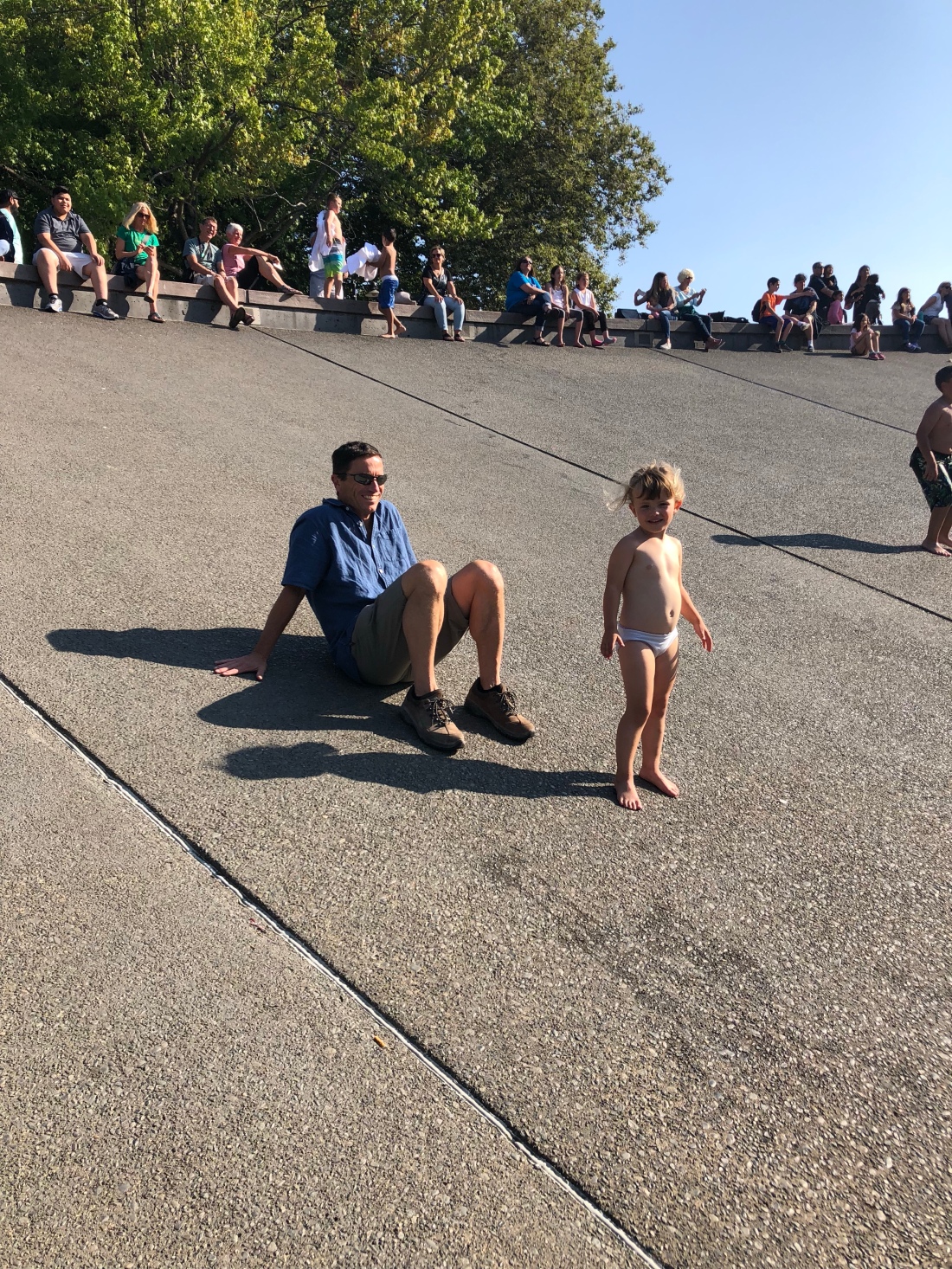 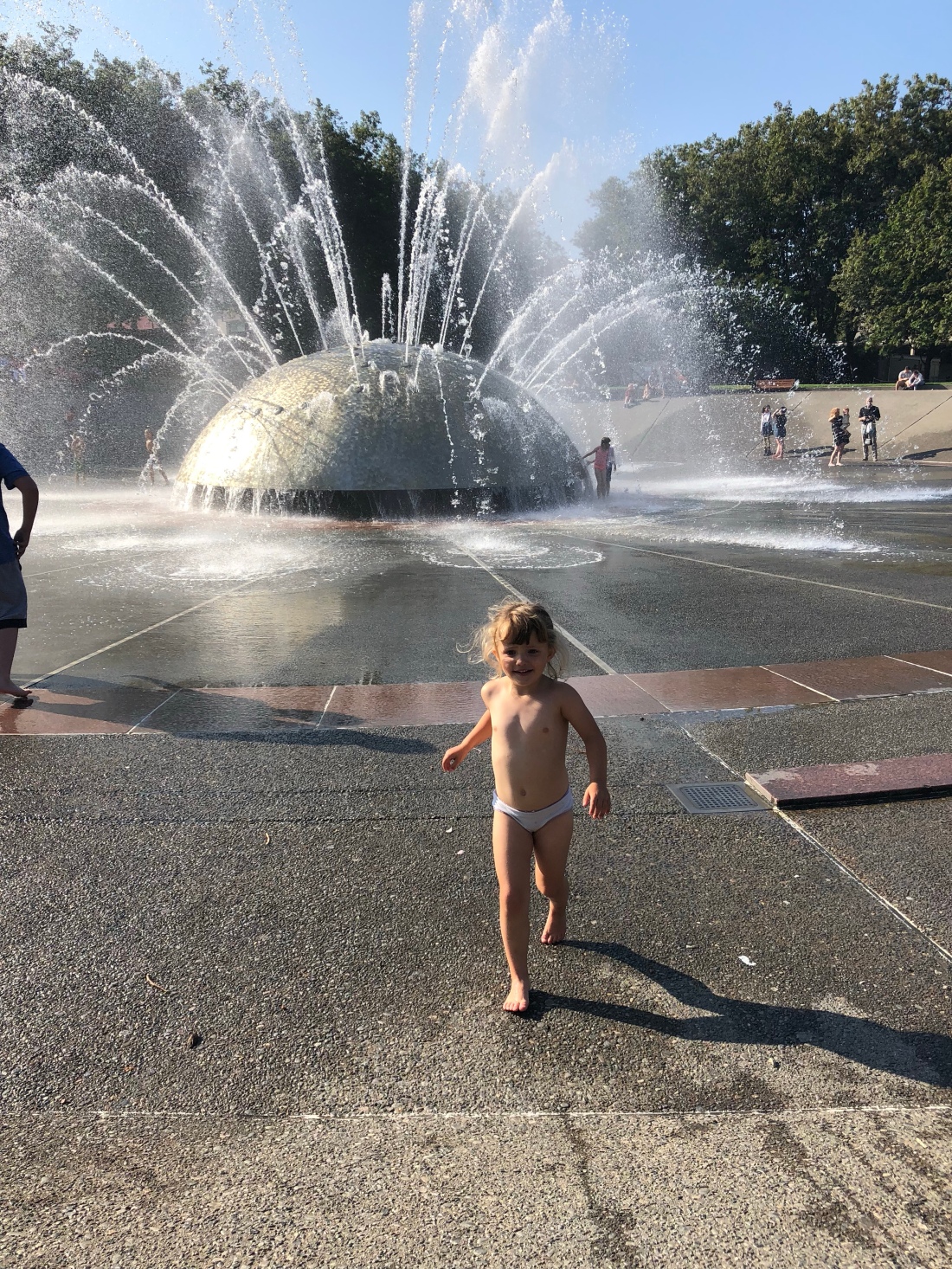 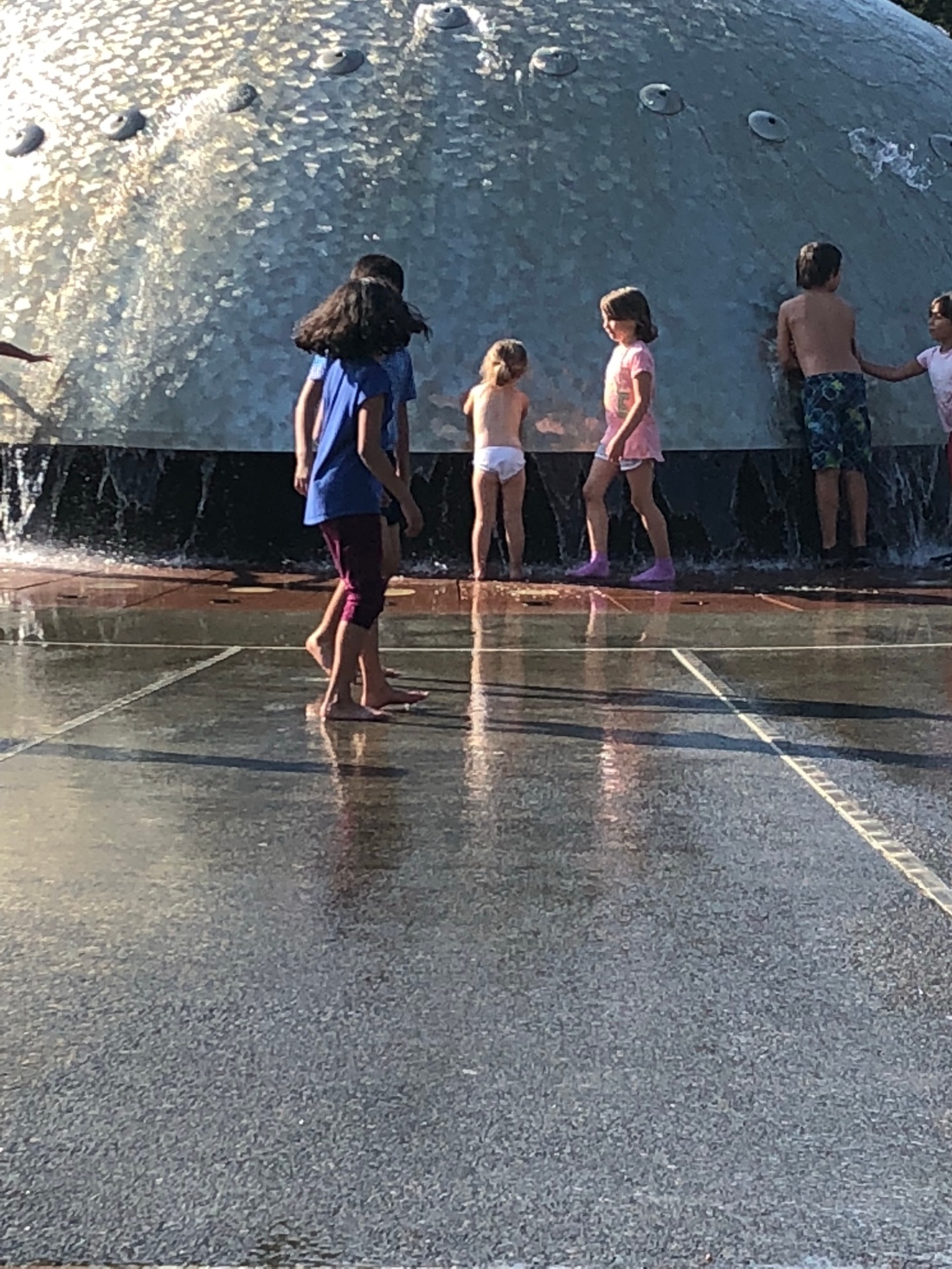 In keeping with all good things ending, it was eventually time to get her dressed and changed into some dry clothes. As it was so late, we returned to the food hall for supper. Ian had spotted a pie stand earlier, and I ordered a mac ‘n’ cheese for Bugsy and a bowl of fries for all of us. Cornelia was getting pretty tired and so we caught the monorail and train back to our hotel for a peaceful evening in our room, after a very exciting fun-filled day! 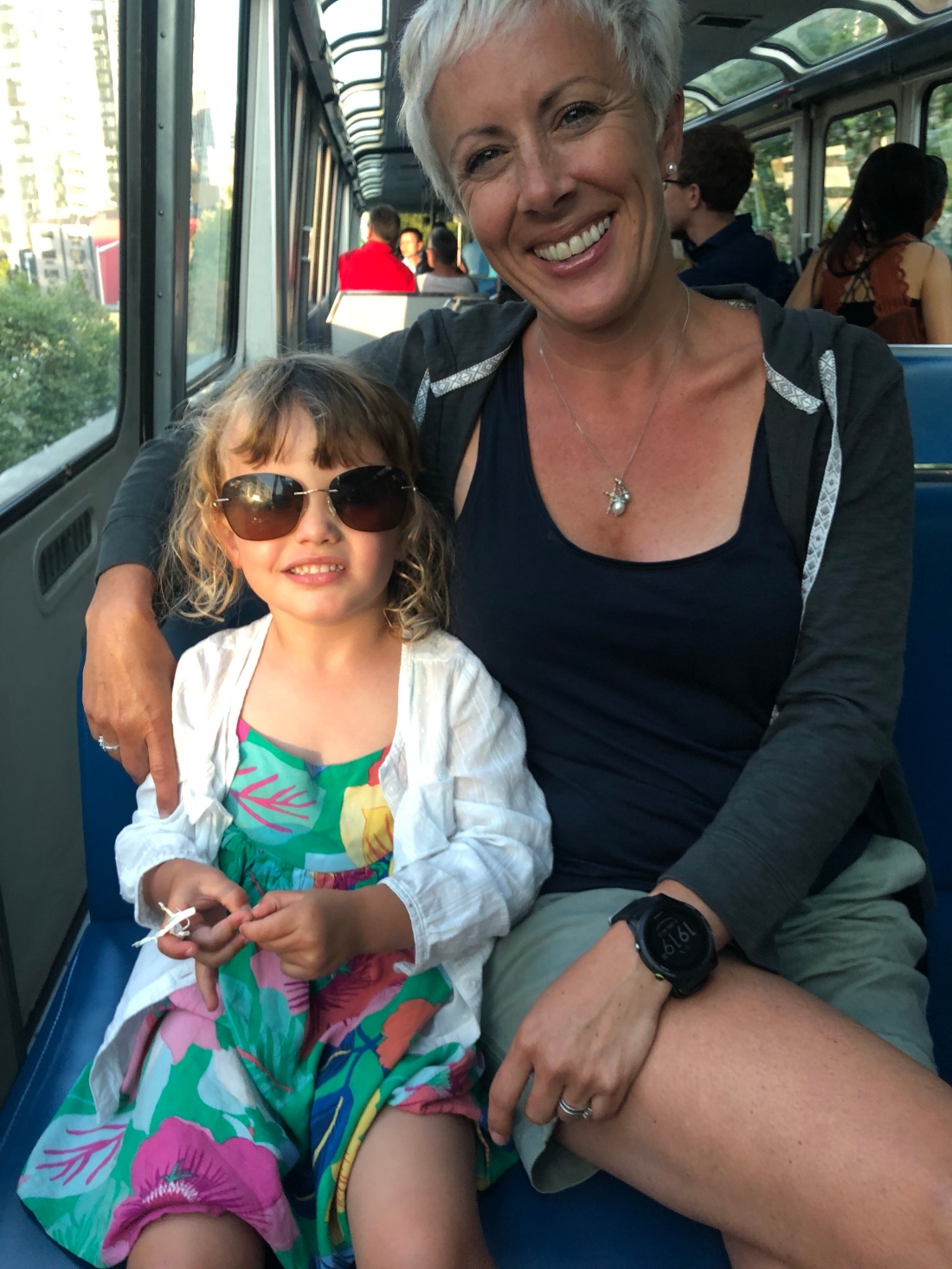 Seattle has really surprised us, in a really good way.

One thought on “Seattle”