Ian and I lay in bed waiting for Cornelia to wake up, but when that hadn’t happened by 08:30, we got up, and I discovered that the lovely long blog post that I had written last night had completely disappeared! Argh! So I started re-writing it, as best as I could, while Ian donned his running kit. Neither of us has run since arriving in the States, much to our great horror, and I was happy that Ian had kickstarted his day with one at last! As I was typing, so Strumpfi was dropped onto the floor from the top bunk, swiftly followed by the other Gang members. Bugsy was giggling away to herself and gave me an enormous cuddle as I lifted her down the ladder.

I prepared her porridge and my granola, while Ian went out for his run, and we sat down together, chatting about general stuff, during which Cornelia remarked: “The trees need to be cut down because they aren’t beautiful! The brown is a bit scruffy and so is the green, so they need to be cut down, so we can see everything else around us!” So, not a nature girl then?!!! (As I am typing this, she is peering over my shoulders and has just said “I am a nature girl! It’s just that I don’t like trees very often!”)

We then spent the entire morning pottering around not achieving very much! Cornelia did some “homework”, practising her handwriting and spelling, and then playing Cinderella, before we finally all agreed that we needed to escape the comfort of the RV.

We wrapped up warmly, I packed up a bag for the beach, and after a quick climb on one of the campsite trees, we retraced the steps from Ian’s run earlier down towards the coast. At the end of the road, there is a big “No Entry” sign, and a large building is protected by walls and razor barbed wire to keep people out. Ian thinks it is one of the fibre optic cable houses, that provides Internet connections. Anyway, we followed the track past this which led to the dunes and the huge sandy beach, which stretched in both directions as far as the eye could see. And beyond, no doubt, given the sea mist which was hanging over us still.

I did some yoga on a driftwood log, some strength work (squats and box jumps) then ran up and down the beach for a mile, getting a good sweat on! It was time to peel off the layers, and as I did so, magically, the mist suddenly lifted and we encountered the most perfect beach weather – glorious hot sunshine, with a cooling (but not cold) breeze. We spent a good few hours there, eating our picnic lunch, collecting wood to make dens, and just enjoying the sun on our skin again.

Cornelia’s next stop was the playpark back at the campsite, so her and Ian walked back together, while I ran up the road, down the road, and back up again, to meet them there. It was a good way to get an extra couple of miles in, without missing out! I left them at the park, to go and cook the bolognese we were having for tea, and when they returned, I had their swimming stuff ready for a final “let’s tire out the toddler” attempt. I had plans to start booking our next lot of campsites, but the wifi connection is very intermittent, and I was unable to do any of it. Instead, I did our expenses and updated Cornelia’s scrapbook, until they returned. I then had a shower in the RV (it’s the first time we’ve used it, and actually it was absolutely fine!) and when I came out, Ian and Cornelia had started on their pasta bolognese, which was (if I may say so) bloody delicious!

Bugsy has been so much fun today, that I dared to give her a small chocolate yoghurt on the promise that she wouldn’t play up at bedtime. She kept her word, and brushed her teeth and clambered into bed without even the suggestion of disagreeing. Our plan to tire her out had worked perfectly! She settled down for her bedtime stories, put her head on the pillow and was fast asleep almost immediately. It has been a really terrific day. 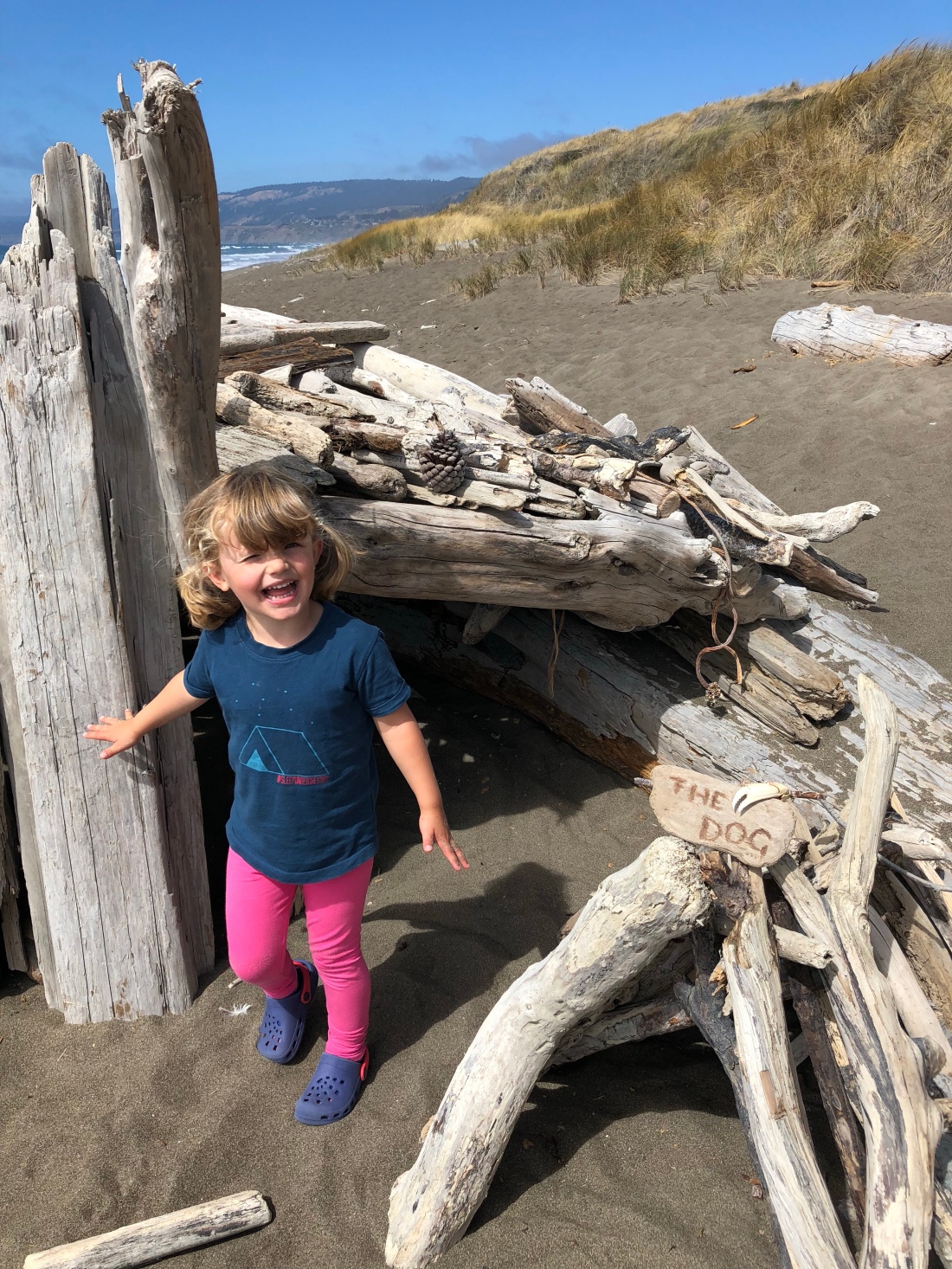