Hmmm, you know those days when everything (or everyone.  Or maybe just one person) annoys, upsets and/or irritates you?  Today was that day.  Ian and I were in virtual silence for most of the day, and therefore, I don’t have much to write about…

We headed out for breakfast, hoping to visit the diner where we’d had tea last night, but the queue was about 50 strong, and I’d noticed a sign on the wall yesterday which stated that they only had capacity for 49.  Rather than wait for two loads to eat and clear on out, we retraced our steps back past our Club Donatello, and down to our usual diner, only to discover an equally long queue.  Ian and I were already not talking to each other, so he just waited silently for the numbers to go down, while Cornelia danced and sang with me.

The waitress was good enough to recognise us from the previous two days, and chuckled about me not ordering oatmeal again today.  Which was slightly ironic, as I ordered fruit, granola and Greek yoghurt, and only ended up with fruit and granola…!  It turns out that granola and fruit is actually pretty tasty!

We both thought that checkout was 11:00, and as time was ticking away, Ian rushed back at about 10:30 to request an extra half hour, only to discover that checkout was actually at noon.  Therefore, we had plenty of time to pack up and ferry our stuff downstairs to the bell hop for storage, while we killed a bit of time wandering around our local streets.

We walked around the shops, with Cornelia being the tour guide and getting to choose where we went. We ended up in Chinatown (with a slight manipulation of directional choice!) and bought our usual magnet souvenir, as well as a Union Jack and Stars & Stripes badge to sew onto Cornelia’s rucksack from Legoland (to cover the “Holyoak” that I shouldn’t really have had embroidered on it).  She also wanted to have her photo taken with all the different bronze statues of children, that reminded her of her best buddies, Lara Bear, Sammy Pants, and Charlie. 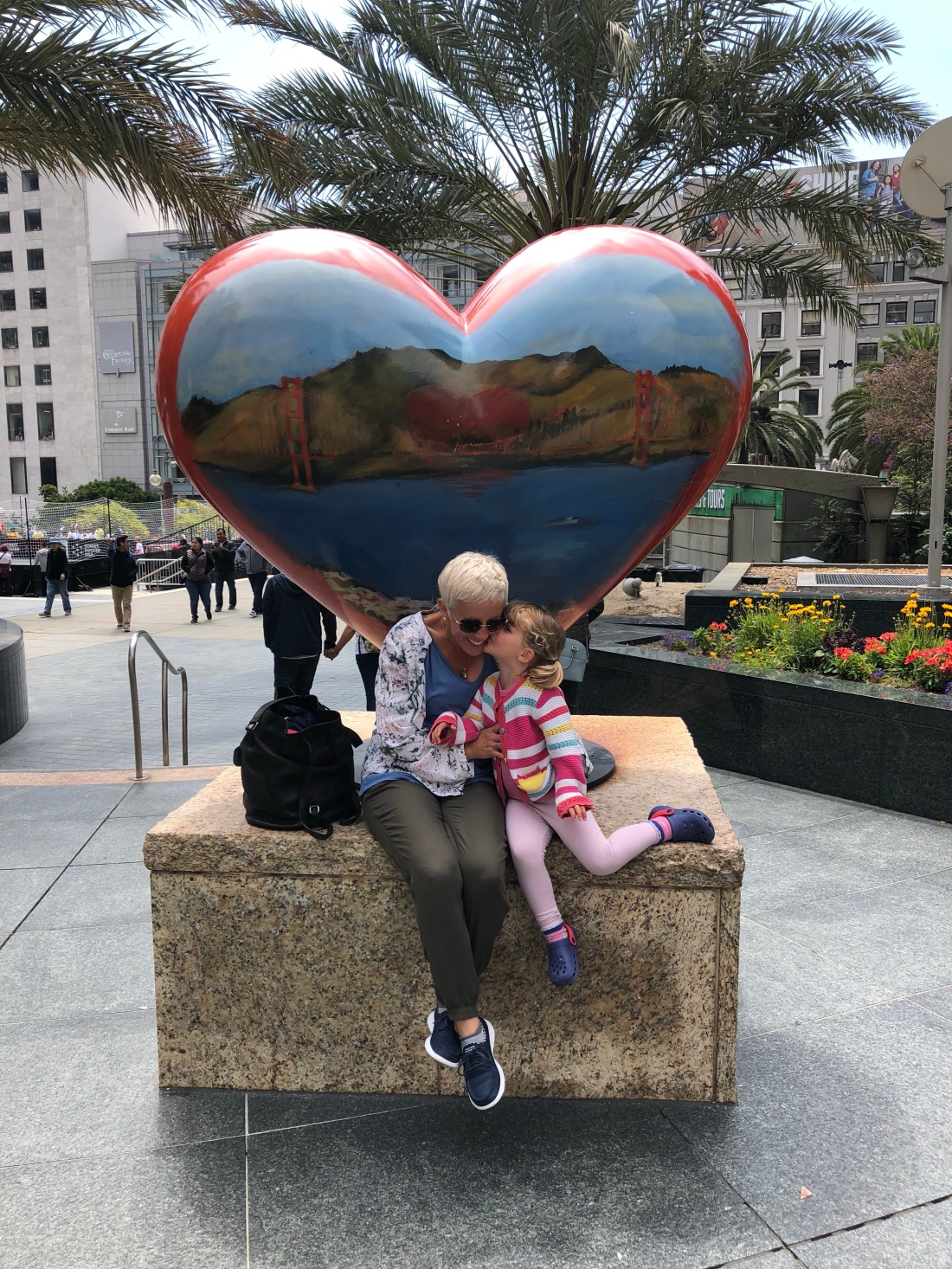 Once we’d killed enough time, and I’d upped my daily steps to nearly 10,000, we collected our luggage from the hotel and took an Uber over to hotel number 3 of the week, the Best Western Grosvenor, at SFO.  (We had needed to move, because our RV hire company offered free pick ups from various airport hotels, but not from downtown San Francisco.)  We were very early for check in, but they had a room ready that we could have: a decent-sized room with two double beds.  It smelt really weird and was right opposite the lifts and ice machine, but as we were only there for one night, we figured we could probably cope!

We didn’t really want to hang around the hotel room all day, especially as Ian and I were still ignoring each other, so ordered another Uber to take us to the nearby Tanforan Mall to try and buy a car seat for Bugsy to use in the RV.  There was quite a good choice, but we decided to go for a new type of car booster seat that seems to have won various awards for innovation, due to its neat and compact design.  It’s quite easy to go a bit mad in Target with so much stuff around!  Managed to limit myself to a pair of purple jeans and pink leggings for Cornelia, some more glue for her scrapbook and some Lego, which she has fallen in love with since our trip to Legoland.

Lunch had passed us by, and it was too late really to have “proper food” and still have room for supper, so Cornelia settled (quite happily!) for a milkshake to fill her up, which gave her enough energy to play in the indoor playground for about an hour, while Ian took himself off around a bookstore, returning with a bedtime story book for Cornelia and another box of Lego (in blue this time, to go with her earlier box of red). 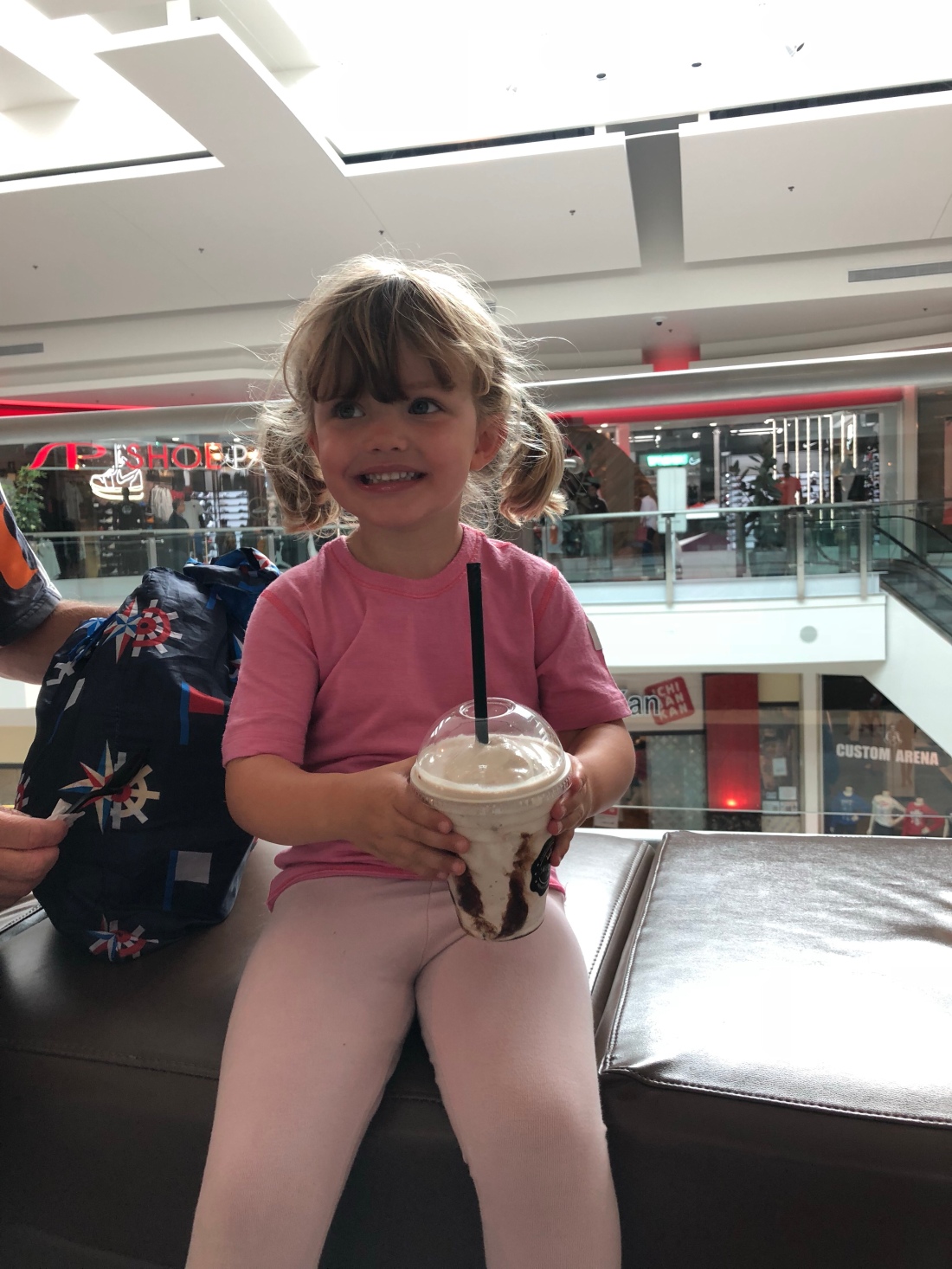 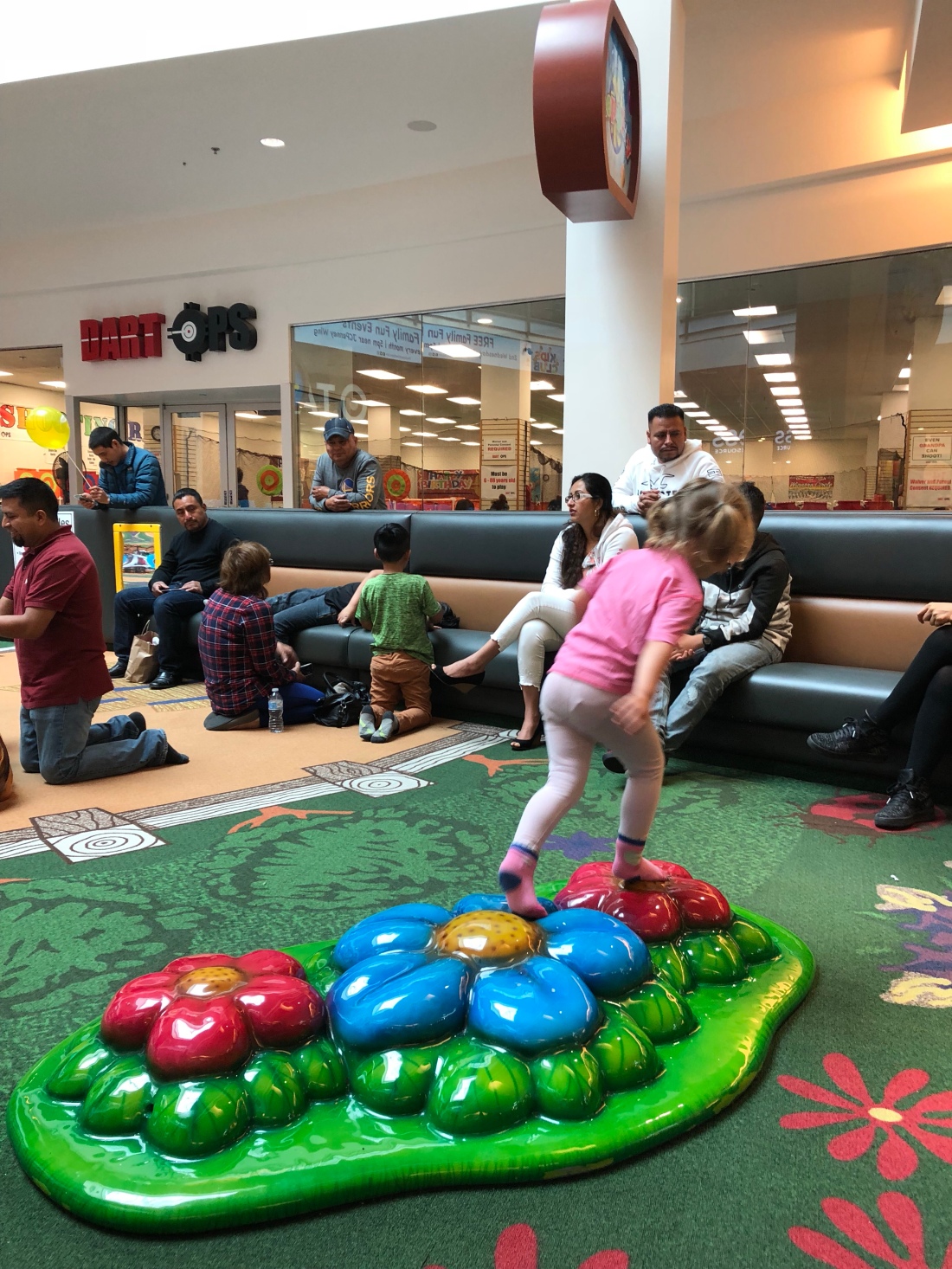 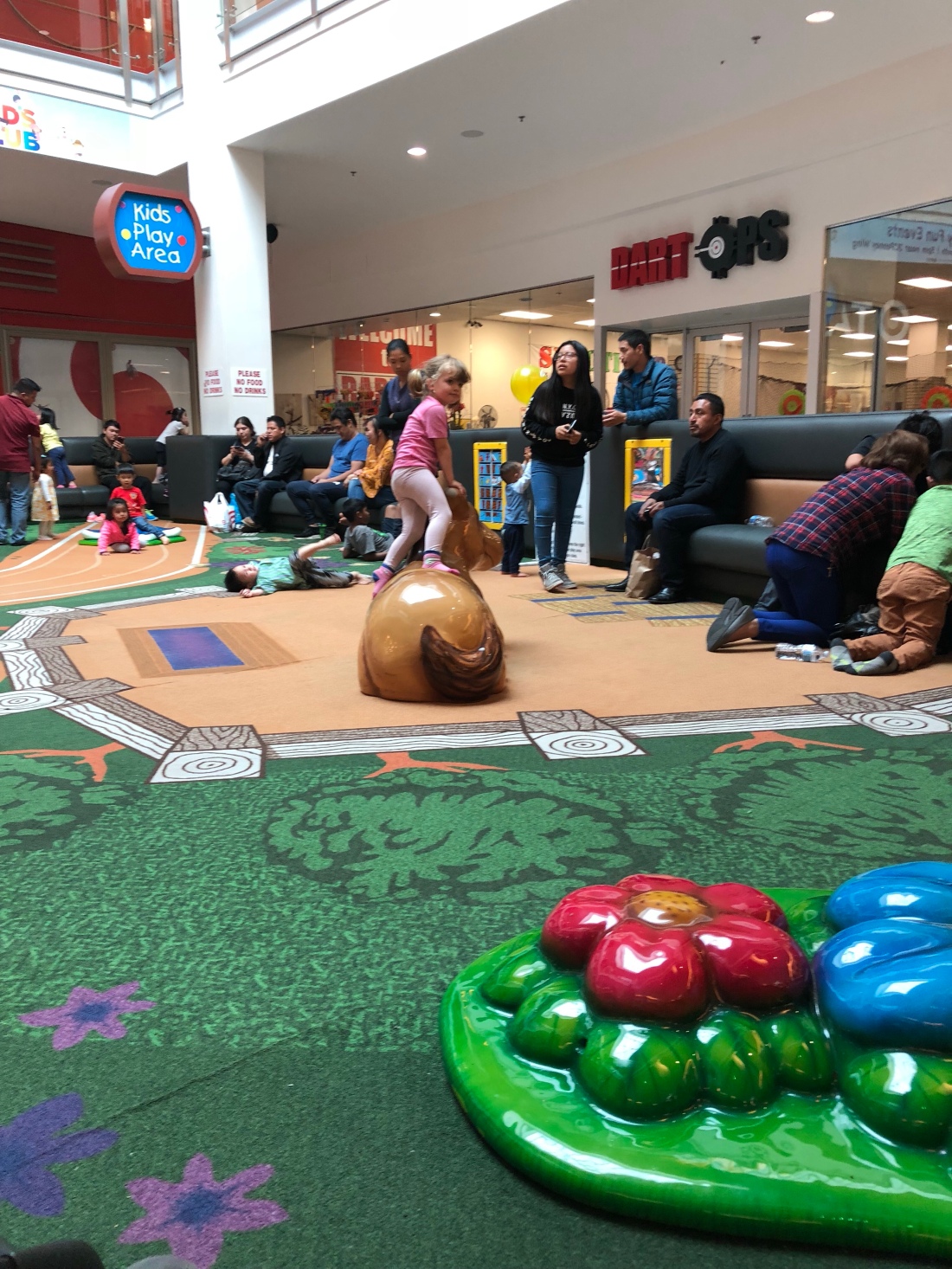 We Uber-ed back to the hotel, and immediately the Lego was out on the floor and being constructed.  She grasped the idea of following the instructions quite quickly, and while I made a start on sewing the badges onto her rucksack, Ian and Cornelia built a racing car, a windmill and a crab!

There is a restaurant in the hotel, and we just had supper there, served by a very cheerful waiter, called Devon.  He recommended the local 8% beer, and we were happy to comply.  The only downside to the meal was the fact that my chicken satay came smothered in evil mushrooms, so I had to swap my meal with Ian’s chicken caesar salad, which was surprisingly tasty!

Back in the room, Cornelia watched the rest of Snow White (currently her absolute favourite thing to watch on her FirePhone – not the Disney version, but another one I found on Amazon Prime!) and had one short bedtime story, before dropping off to sleep.  The beer had made me pretty dozy, and still feeling pretty grumpy and annoyed that our issues from earlier had not been resolved, I watched an episode of The Handmaid’s Tale and promptly fell asleep!