We packed up and left Zagreb on the morning of the 22nd, and I was quite pleased to see the back of the slightly grubby apartment.  I persuaded Ian that a trip to the local IKEA might furnish him with the fridge organiser that he is after, and despite his usual aversion to shopping, I think he secretly quite enjoyed it.  I was whizzing around chucking in “bits and bobs that we need” in the trolley and every now and then, we lost him, only to find him “umming and ah-ing” over various objects.  It must’ve been hell for Cornelia to walk through all the millions of cuddly toys and although she picked up a few for kisses and cuddles, she put them down again without getting upset.

The weather wasn’t great and it wasn’t a particularly scenic route, so we had sandwiches on our laps in Bluebell again, before making our way across Croatia to Vukovar.  We stayed in a little lodge room, set in the grounds of a lovely wooded park, just a few hundred metres from the River Danube.

The Danube now forms the border between Croatia and Serbia.  Vukovar was almost completely destroyed during the conflict between Serbia and Croatia in the 1990s, and having held out against a long siege by the Yugoslav Army and the Serb paramilitaries, thousands in the town were killed.  Following the consequent occupation by the Serbs, the town was handed back to Croatia at the end of the 1990s, and has now become a symbol of Croatian independence.

Vukovar is now an unusual mix of modern buildings, monuments and old, bullet-riddled houses that have been left in a state of disrepair.  A lot of EU money has been provided, together with funds from Croatia itself, in order to rebuild and it is far more appealing than I had originally anticipated.  I had no sense of self-pity or great sorrow hanging in the air.  In fact, it was quite the opposite.  At our lodge park, there was a band playing in one of the band stands, and a large number of old people had gathered together, dancing and eating and generally being merry.  In the town itself, the cafes were all busy (although we discovered that apparently no-one eats lunch – you just drink beer and smoke cigarettes, it seems!) and there were plenty of lively and noisy teenagers enjoying themselves, without causing a nuisance.

Cornelia is getting even braver and even more independent.  She loves using the local language, so often asks me for words or phrases so she can ask the waiters “where is the loo?” and “please may I have more water” and such like.  She even went up to one waiter with her outstretched hand and told him “It’s nice to meet you”!

Her ability to sleep still never fails to amaze me.  She is consistently sleeping 12-13 hour nights, and even slept through the most extraordinary thunderstorm I can ever remember experiencing.  The thunder was so loud, it shook our lodge, and made me and Ian jump out of our skins!  The mornings are calm and sunny though, which means we are all getting our doses of Vitamin D.  Speaking of vitamins, I have suffered some awful mosquito bites that have swollen up horrendously.  The ankle on my right foot is now quite hideous, and it’s made worse by me waking in the night scratching terribly.  I have now bought some lavender oil with black cumin and olive (it’s supposed to be a mosquito repellent) and stocked up on the Vitamin B, as apparently, that’s a natural deterrent to the evil little beasts.  Let’s hope it all works, as the mosquitoes will only get worse as we head further north.

Cornelia has loved being in Vukovar:  she has had a playpark right on her doorstep, a beautiful big cycle path along the river to explore, the option of a “sweet” breakfast (the alternative was “salty”) every day (eurgh, white bread with some hideous white and milk chocolate spread!!!) and made friends with the hotel dog, Mekan, which means “soft” in English.

But, as is the nature of this trip, it was time again to move on.  This time, we were heading to Romania, to meet up with Ian’s brother, Steve, who is competing with Team GB in the European 24 hour Championships in Timisoara.

We were about to leave Vukovar, when Ian (luckily) discovered that we weren’t insured to drive through Serbia, which is the most direct route to Romania.  So we had to find an alternative route via Hungary instead, which added on an hour or so to the journey, much to Cornelia’s frustration.  The drive through and out of Croatia was fairly uninspiring as it was all flat and straight (largely due to be being near the river still), but on entering Hungary, we were instantly into some rolling hills and, oddly, a different kind of green on the trees!  Ian and I both noticed it at the same time, so I’m sure it isn’t just my eyes being funny!

We quickly realised that we needed yet another vignette to use the Hungarian motorways, but risked a quick trip on the motorway without one to buy one at the services.  This time, rather than give you a sticker for the windscreen, it is done online for you, and you are given a receipt to keep.  The road quality in Hungary was much worse than any of the other countries so far, so traffic was moving quite slowly, and this was made worse still, by the most incredible rain and hail storm!  It was coming down so thick and fast and heavy that most vehicles had pulled over onto the hard shoulder to wait it out, but we tucked ourselves in (not too closely!) to a lorry and cautiously just kept going.   Eventually, of course, the rain eased, and finally we made it into Romania.

We had a bit of a chuckle to ourselves, as almost immediately, it was rather “Romanian”, with electricity cables hanging down from buildings and telegraph poles, but we edged our way into Timisoara, dodging all the cars and pedestrians, and met the hosts of our apartment. 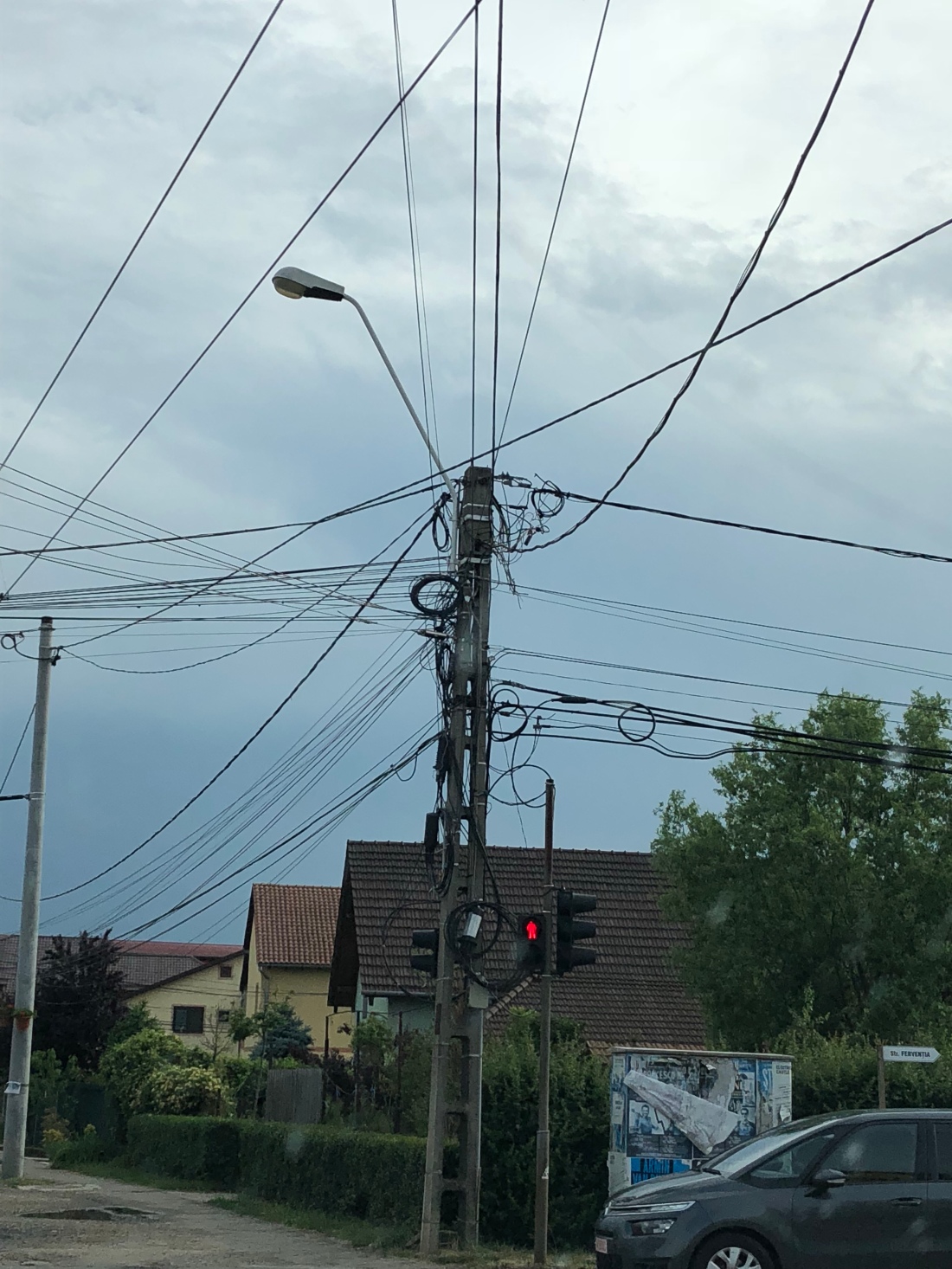 It is a decent-sized apartment, with a large balcony to keep our bikes on – the hosts were very keen to repeat that we should definitely not leave our bikes on the van, and in fact, we should really empty the van completely.  It is four flights up to our apartment, so at least we both had a bit of exercise at the end of a very long travel day!

Steve came over to find us in the evening, after his team meal, and it was great for Cornelia (and us!) to have someone new to talk to.

This weekend is going to be long, but tremendous fun.  If anyone is interested in following Steve’s race online, try: http://www.s24h.ro/en/ and http://www.myraceresult.com and facebook.com/super24h 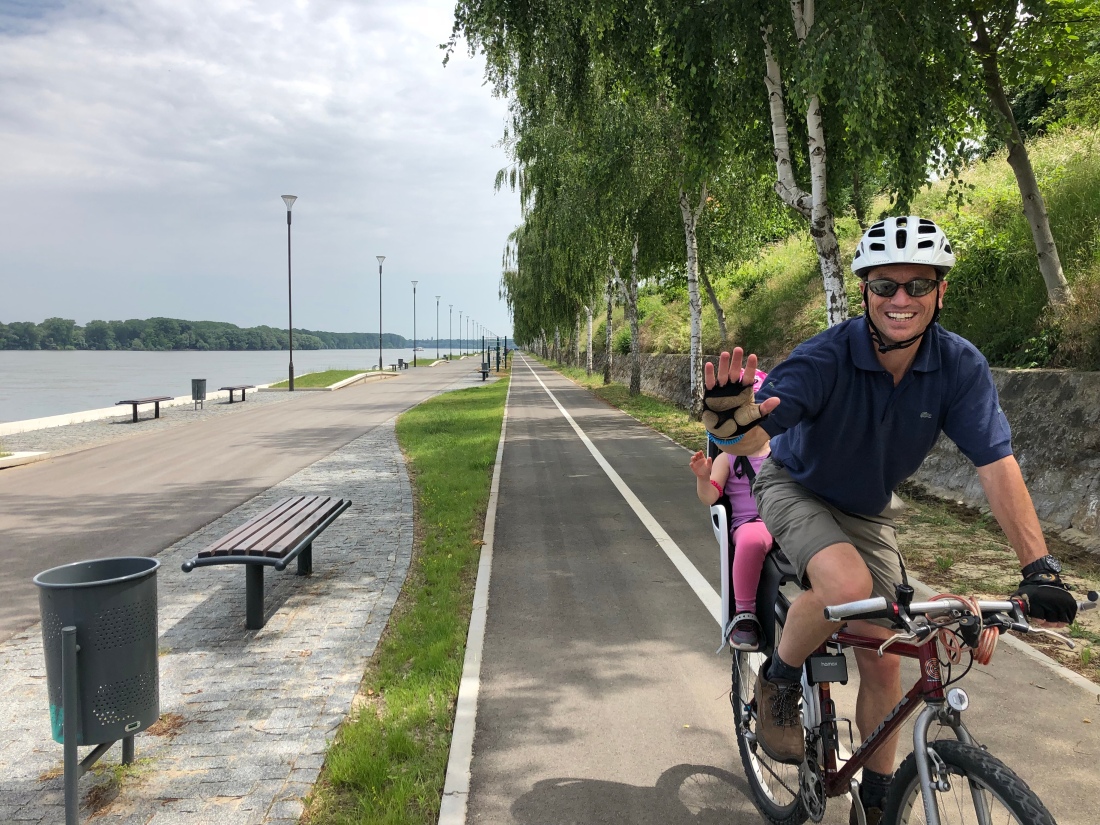